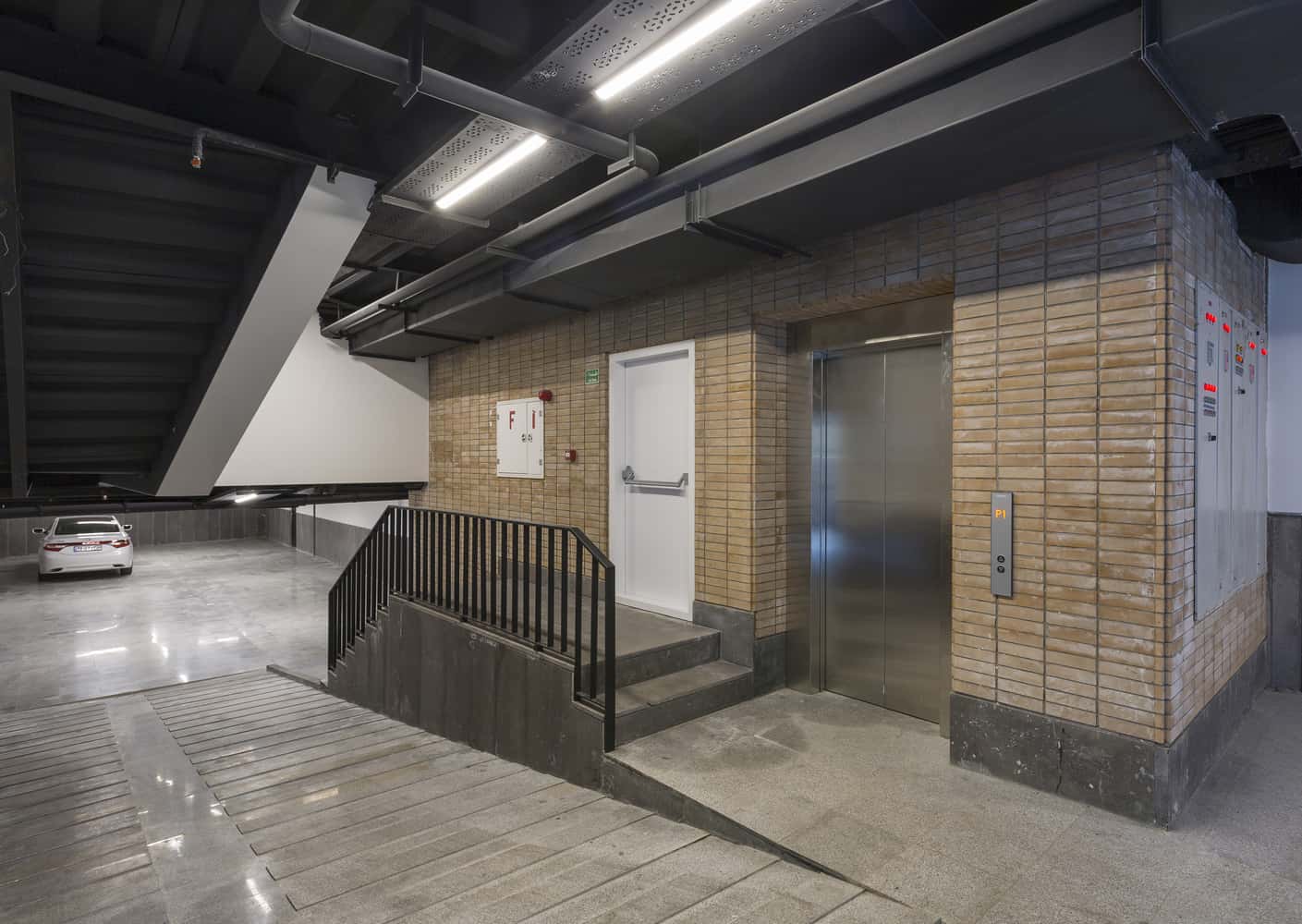 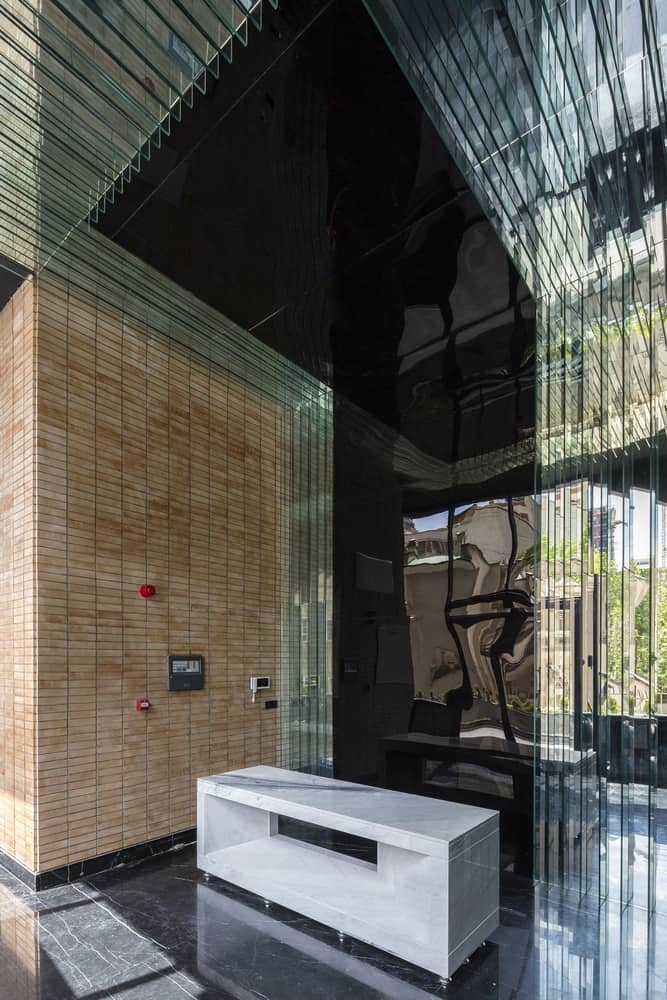 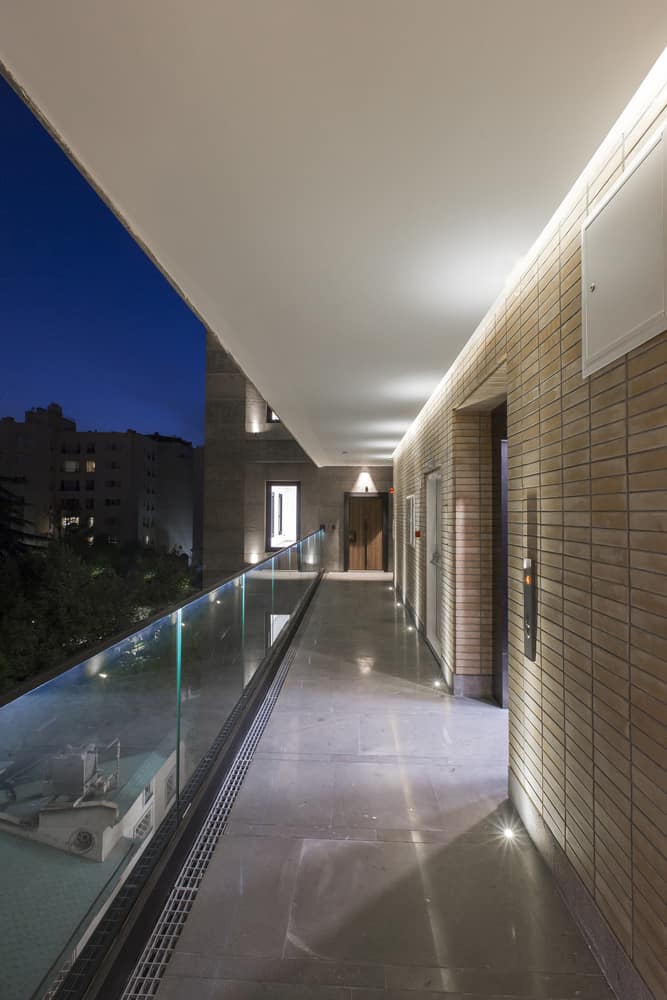 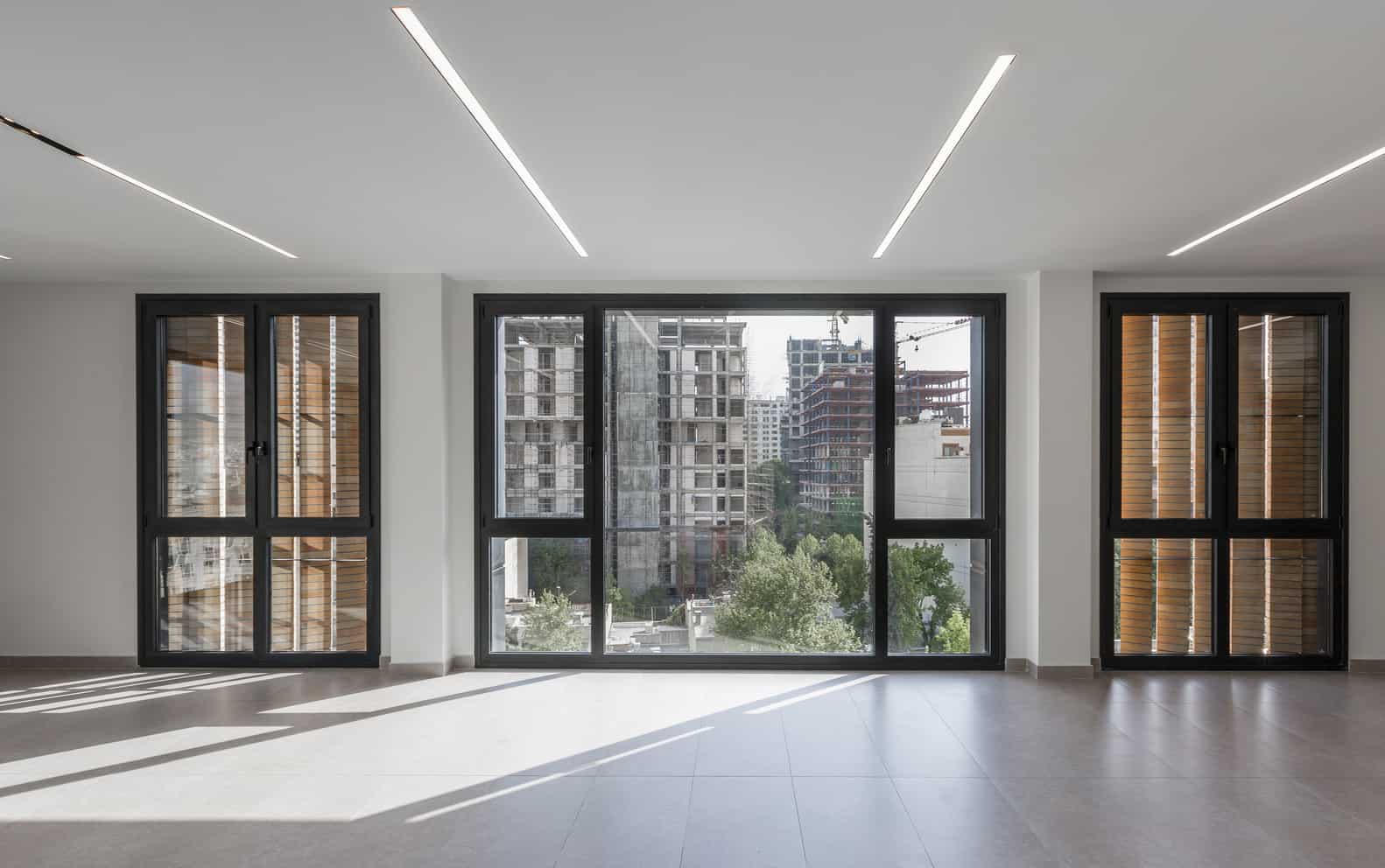 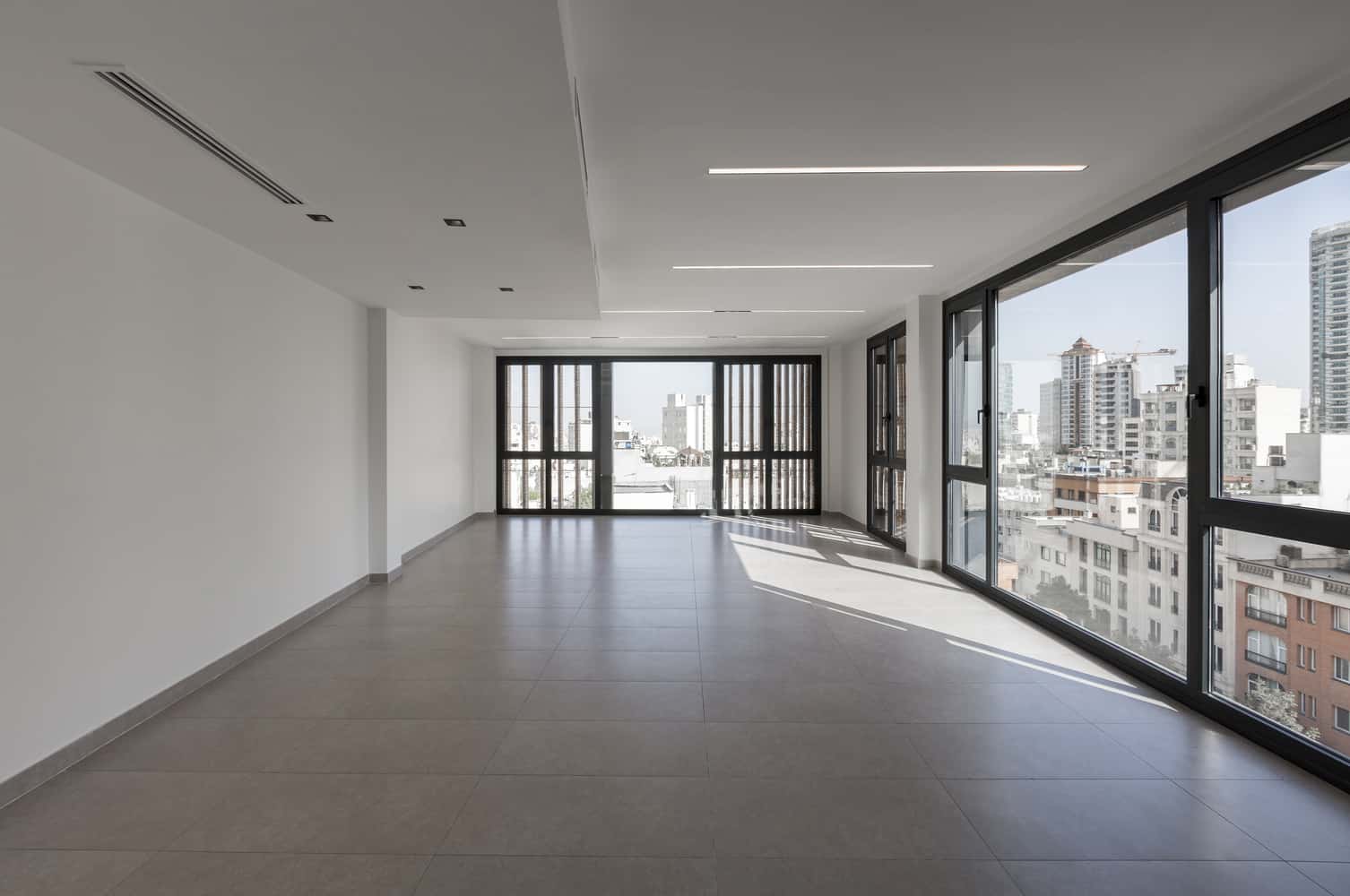 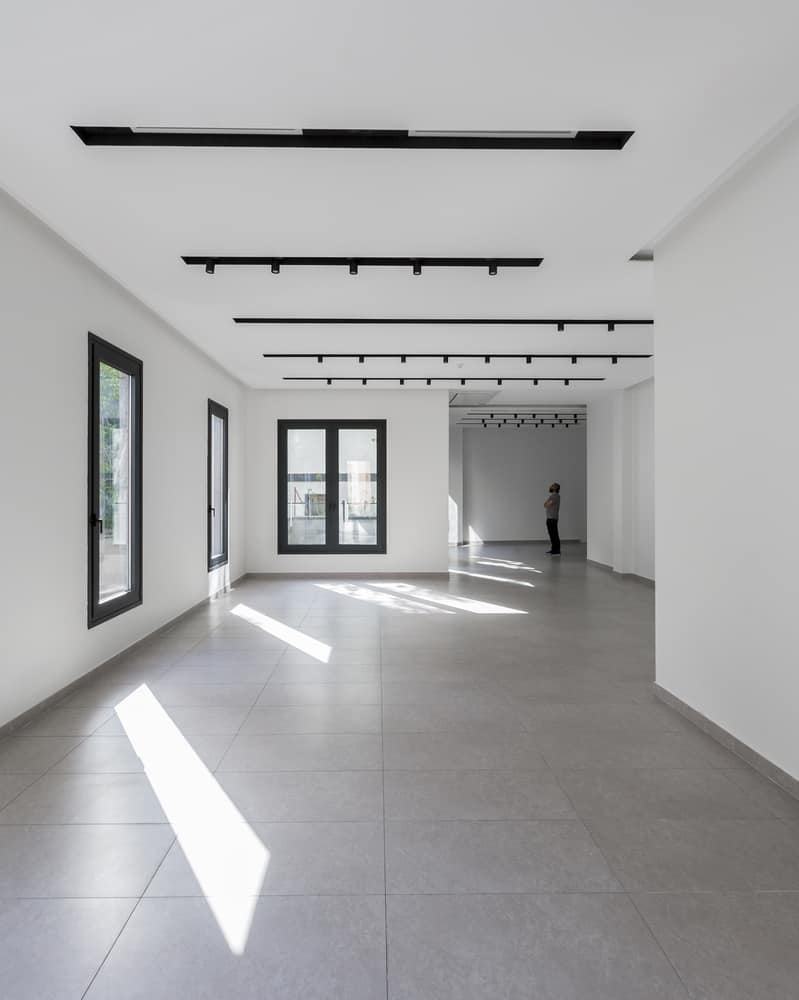 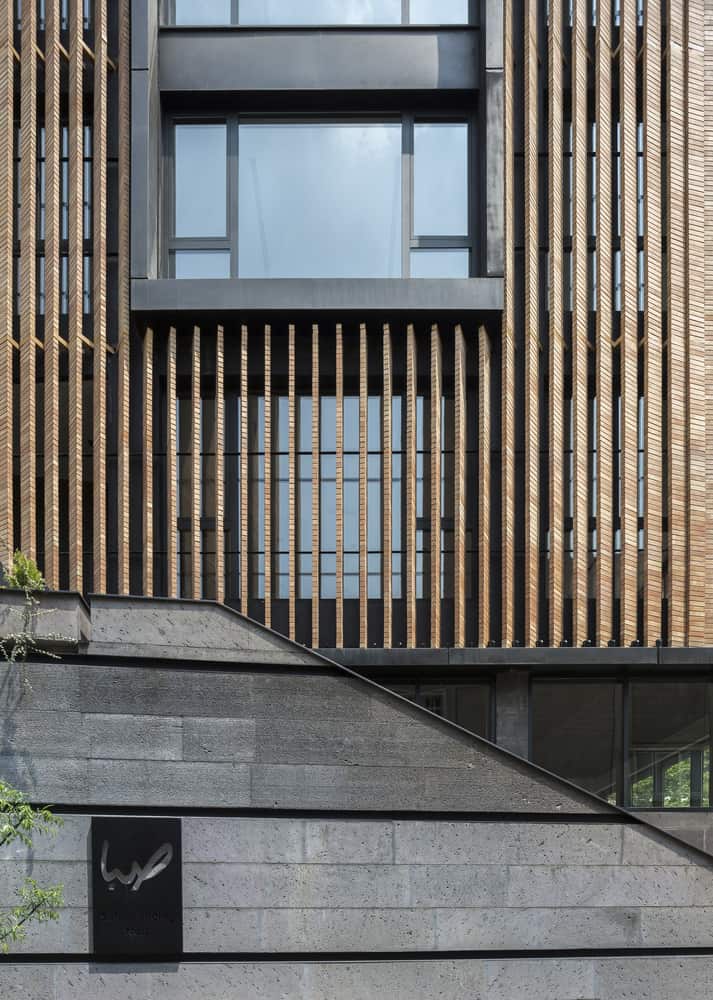 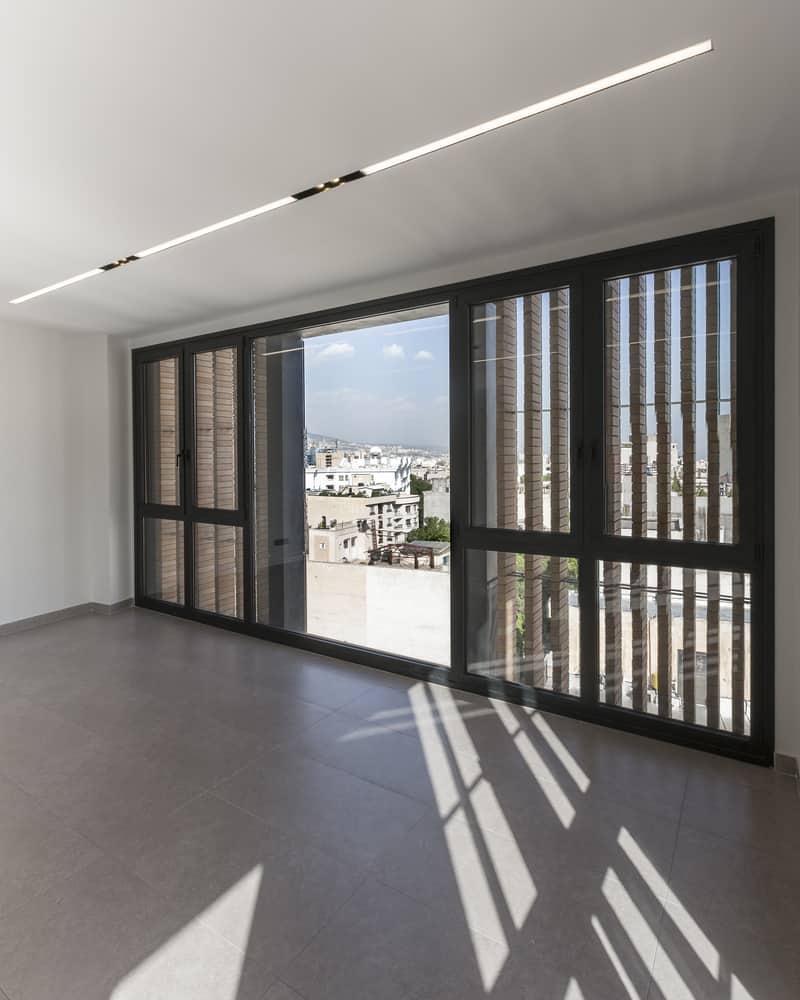 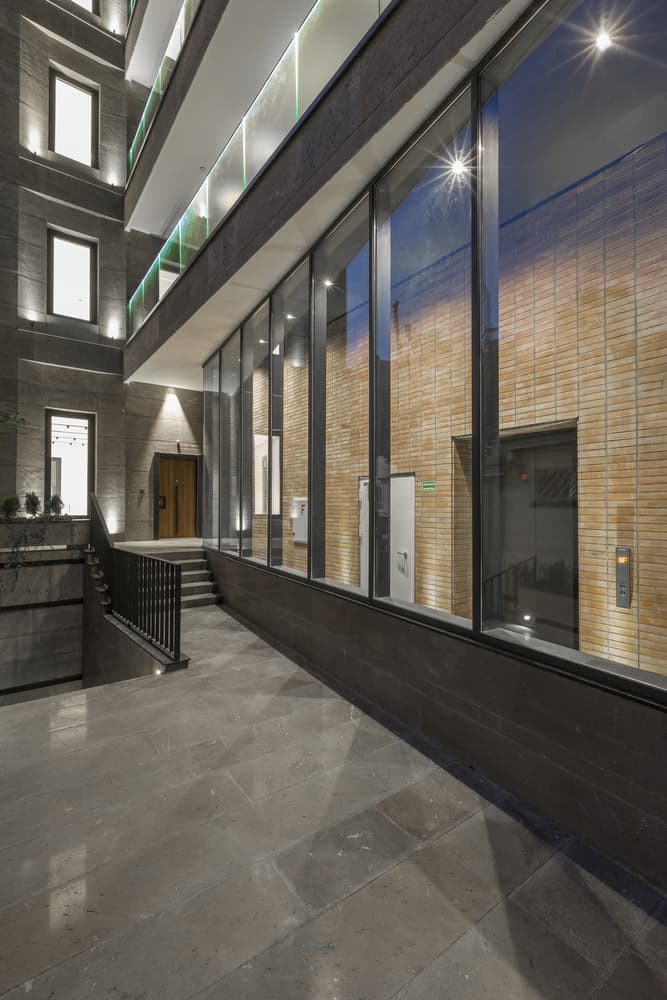 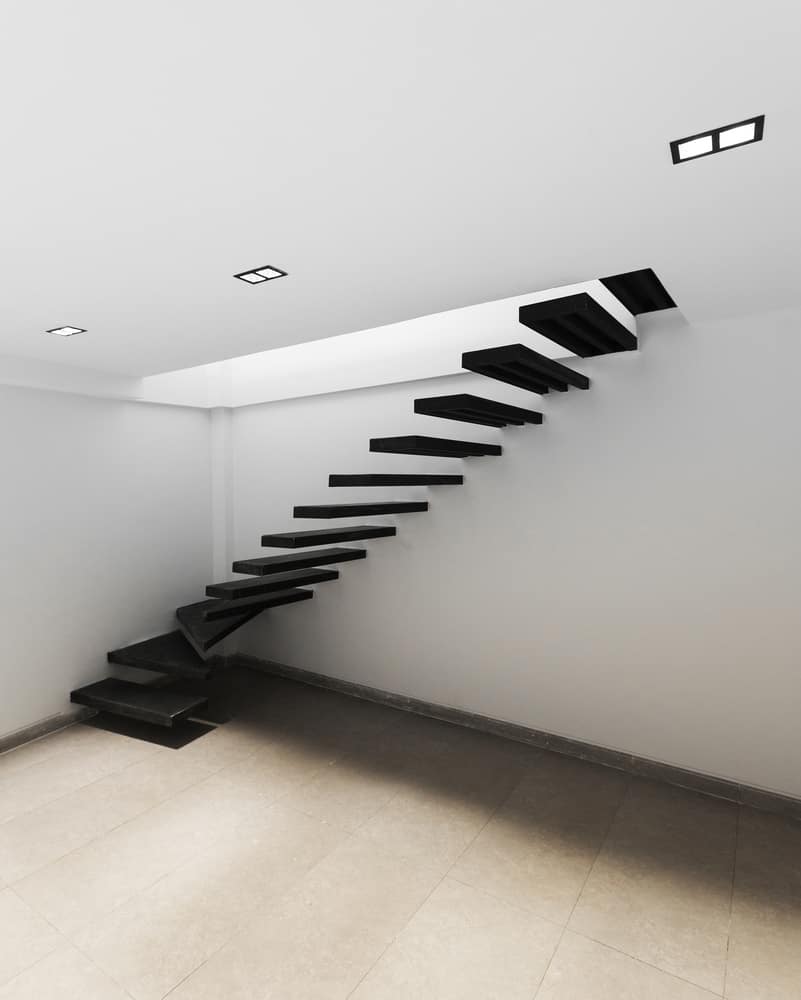 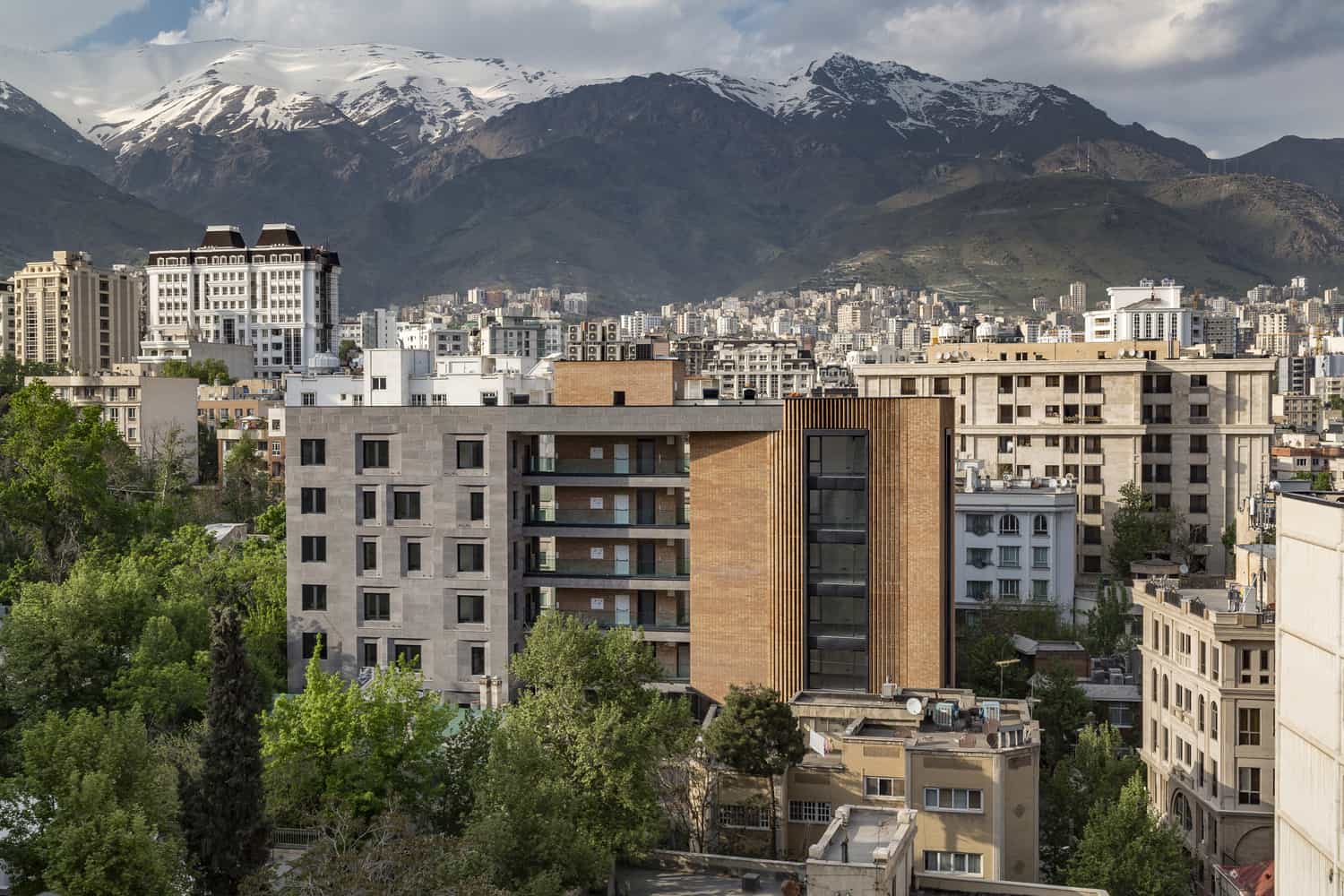 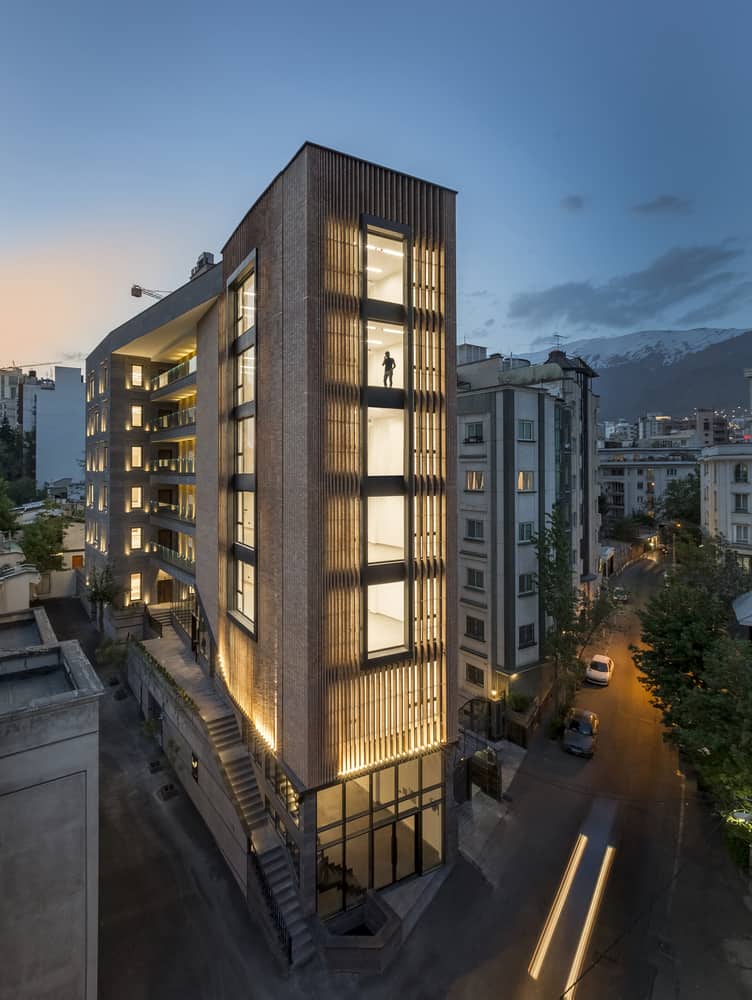 In the bustling urban centre of the city of Tehran in Iran, innovative designers at 7Hoor Architecture Studio + SBAD office have recently completed a stunning workspace called the Saba Office Building.

As a city, Tehran is in a period of transformation both residentially and in terms of its public and economic spaces. While some of this has been positive, much of the development as far as family homes and apartment buildings are concerned has interrupted the city’s view, limiting it to a view of simply buildings and more buildings. Now, some architects are looking to combat this with unique design.

At present, most of the buildings in the city are uniform in their shape. They vary in appearance when it comes to facade, as some designers have decided to use what they often call the “envelope” of the building to add more diversity of the visual fabric of the streets. For this particular project, the team wanted to break the regular boundaries of the city’s architecture even further.

To do this, they planned a building that incorporates architectural strategies designed to be responsive to the building’s surroundings. This was intended to create a more interactive lifestyle for those using the indoor and outdoor spaces. This works through a process of focusing on environmental factors around the plot, like topography, view, and light levels.

Now, the nine-story SABA office building located in the north of the city. The neighbourhood in which it sits bears a unique mixture of very urban looking high-rise buildings of the kind that contributed to destroying the city’s view and buildings of a much more organic materiality that are slowly helping to rebuild a more lively visual tissue with a little more depth.

The plot available for the building itself was actually quite limited because of the way it was bordered by other extremely large and very urban buildings. This accounts for its slightly varied shape compared to those around it. By concentrating on the priority of providing the people who use the building a beautiful view, architects were able to think more outside the (quite literal) box in terms of what shape and dimensions might help them achieve that. This had the two-fold effect of giving the street more variance and unique character as well.

The building spans an angled physical space that is spread across two blocks. Its shape navigates the way that its view would have been blocked off on all sides were it built with the more standard shape of the buildings around it. Staircases are paramount in vertical circulation in the building, since it makes fantastic use of the space that was available for vertical elevation, while suspended bridges built towards the middle of the block enable convenient horizontal circulation between the two parts of the building that sit near the edge of the block.

On the ground floor, an open area forms a public deck where people using the space are provided with the specific beauty that a very urban setting does admittedly offer. The space is also intended to be one where employees have the opportunity to interact with people other than those they work around immediately and regularly.

In terms of the blocks of the building themselves, duality was at the central core of planning and design. The blocks were created with different functions in mind to match the different needs of the users inside, specializing in varying areas. This concept was mirrored in the facades on the block, with each one being distinct from the other just like the services and functions available inside are.

On the Western side of the building, its facade is quite rigid, metallic in nature, and isn’t as open as other places in its outer structure. The colouring, both inside and outside, is neutral in palette and the textures are rough. There’s an emphasis on stone, making this area of the building slightly more in line with its monochromatic urban setting.

The Eastern side of the building, however, was actually designed with as much transparency as possible in order to make it directly contrast with its Western counterpart and the cityscape around it. Designers aimed to build a visual connection between their project and the pedestrians and social fabric in the streets outside. This concept of connection was put into more tangible terms on street level in the form of a cafe and restaurant; a public space where human connection can actually be made.

Despite the goal of increased transparency, designers also wanted to control the amount of heat from the sun that enters the open block, preferably without blocking out the natural light that keeps its spaces feeling wonderfully energized. This need is what the brick shell that surrounds the office units was born out of. The choice of brick was intentional; not only is it a more organic material than much of what’s present in the cityscape around it, but the colour adds a sense of warmth to the building’s facade. Designers arranged brick columns around the outside in direct response to openings in the urban landscape, allowing them to frame and draw attention to breaks in the buildings where a beautiful view might actually be sought.