Spanish architect Anna Noguera has completed the renovation of a 16th century building in Girona, Spain that “integrates old and new, where sober and clean lines look for the enjoyment of essential elements such as space, light, shadow, fire, stone, water or silence.”

El Badiu (The Veranda) is a 180 m2 duplex apartment on the upper two floors of Alemanys 5 equipped with a master suite and two children suites, kitchen-dining room, great living room with fireplace and a veranda terrace facing south with views of the old quarter. 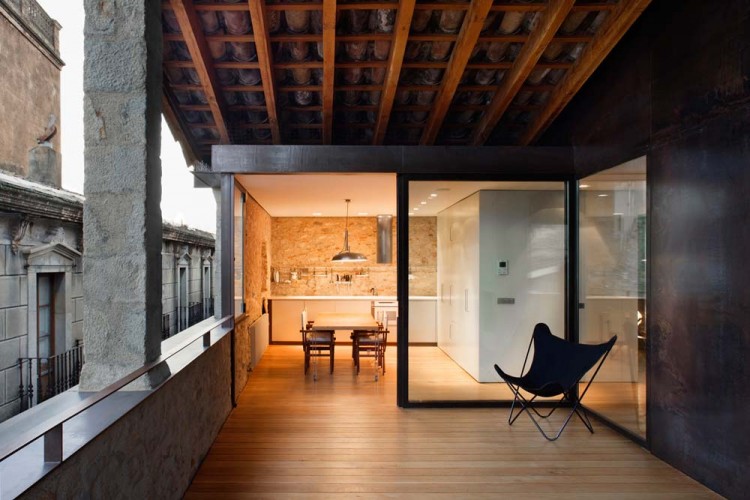 “The reform has been approached as a search for the most intrinsic characteristics of the actual construction, while the building is freed of additions, surface elements and recent reforms, interpreting the old elements not so much through an historical optic as through their architectural qualities.

Alemanys 5 is situated in the oldest part of Girona’s Barri Vell (Old District) inside the area of the first ramparts. Its location on calle Alemanys is special as it stands in front of one of the old fates of the wall, the Rufina gate, which provides views from the house to the convent of Sant Domènec and from there to the house, with the vision of the Cathedral as a backdrop. Although it is difficult to determine the antiquity of the built bodies, the most important reform dates from the sixteenth century. It later underwent many other reforms and additions that disfigured the original volumetry.

The new layout respects the logic of the structure to adapt it to the new functional requirements. On the ground floor, from the main door, the vestibule and small premises are accessed, on the first floor are a dwelling with an exit to courtyard and garden, and the second and third floors accommodate a duplex dwelling, with the night zone in the lower floor and the living room and kitchen in the upper floor to provide vistas and a roofed terrace.

The project is organized around the two centerlines that structure the floor plan. The staircase has been shifted to place it next to the lift, in the interstitial space between the two directional lines of the centerlines. This space is configured as the hinge that generates the entire layout.

The refurbishment has been undertaken with very few materials: iron, concrete and oak wood. The forgings are exposed. They are in concrete with wooden shuttering, or wooden beams and beam fillings for the roof. Lintels and crowning of the stone walls are executed in steel sheeting one centimeter thick.

The staircase and lift space is lined in Corten steel panels to differentiate it as a hinge space. The floors of the staircase and front centerline are covered in wooden floorboards and those of the back centerline in polished concrete. The stone walls are exposed both in the exterior and in the interior, with special attention paid to the texture, color and execution of the joins. The facing stones of the demolished constructions are recovered for cladding the cistern courtyard. It was sought to preserve the natural color and texture of the materials in order to better integrate them with the color and texture of the stones.

The garden, framed by tall stone walls, is formalized into three consecutive planes that go from hardest to softest: concrete, turf and water. The paved zone contiguous to the house is in planed concrete and is covered by a set of cables on to which the wisteria can climb. The plane of turf, finished off with a steel profile, floats above the water of the pool. It is like a dark, long reservoir that overflows and disappears, reflecting the neighboring wall.” 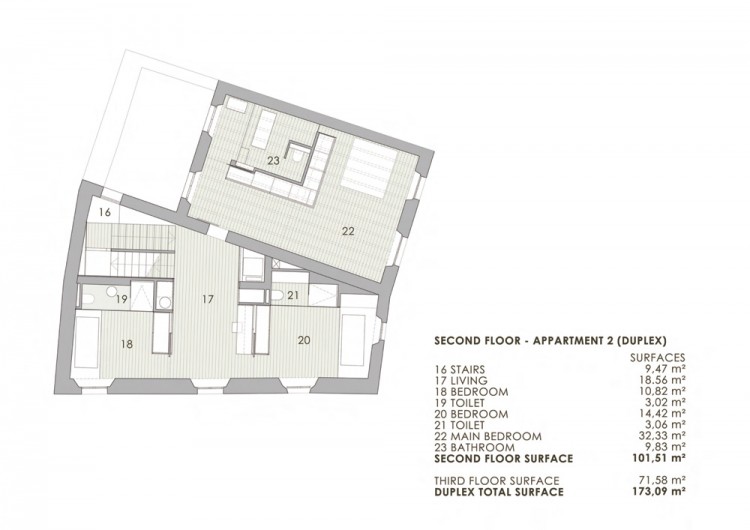 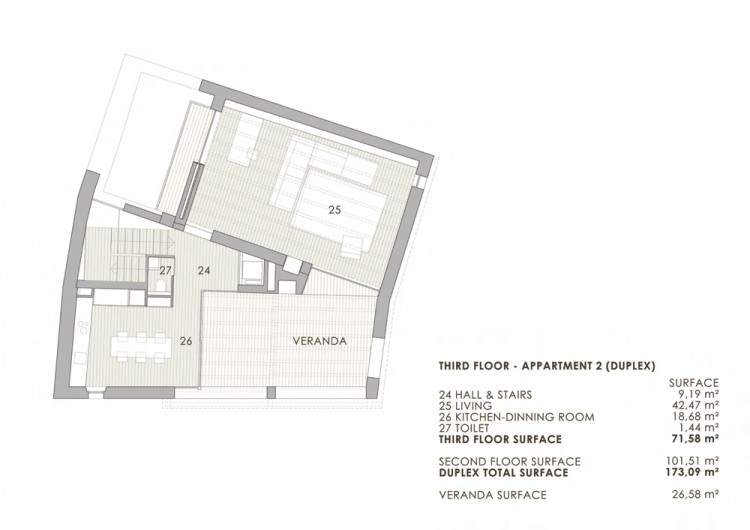