Home » House » A House Made of Two by Naf Architect & Design

Japanese studio Naf Architect & Design has designed the House Made of Two project.

Completed in November 2009, this 1,928 square foot contemporary home is located in Yokohama, the capital of Kanagawa Prefecture, Japan. 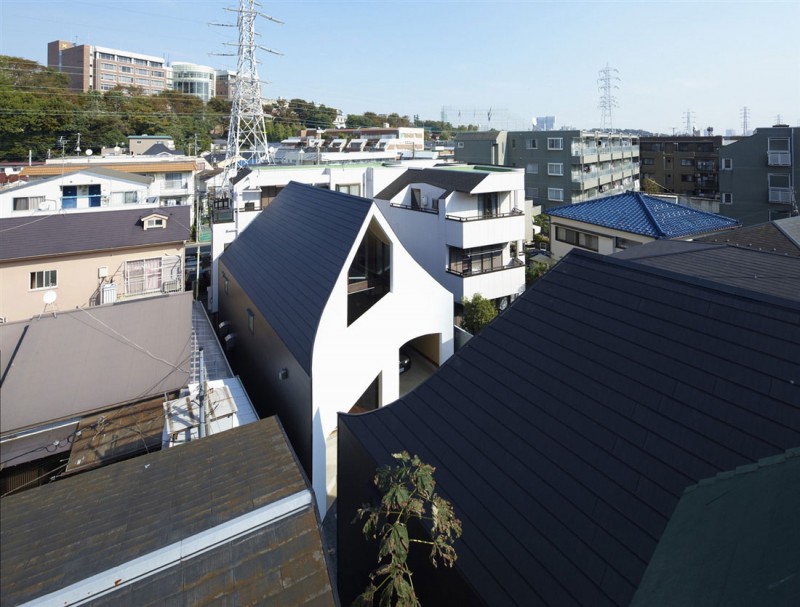 A House Made of Two by Naf Architect & Design:

“This is a project of one family living in two houses built slightly apart from one another.

One great volume of a house which covers the entire plot was supposed first.

Then this volume was carved in a curve in three segments and two volumes at the both ends were built as two houses on the site.

The wood structures and finishing materials of two houses are standardized to emphasis the relations of two volumes being originally from “one great volume” and that they are one though apart. Carved volume in the middle became a courtyard leading to the approach to two houses.

Having another house for movies at night, overnight guests or work at home allows the inhabitants the liberty to do what they please at a time they want. This distance between two houses may be just right for inviting grandparents to move in someday or providing privacy to children at puberty.

The purpose of building two houses slightly apart is not the same as that of having a villa at a resort or a farm household having a main building and a barn.

This project is an experiment for allowing more life style options in the life based in the urban area.”