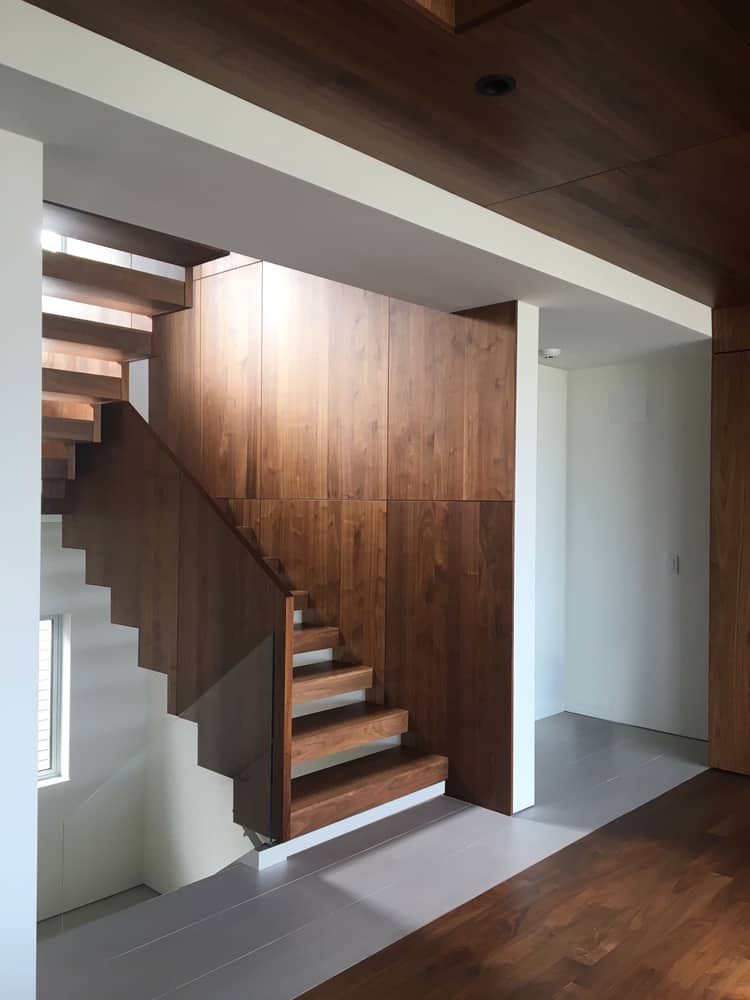 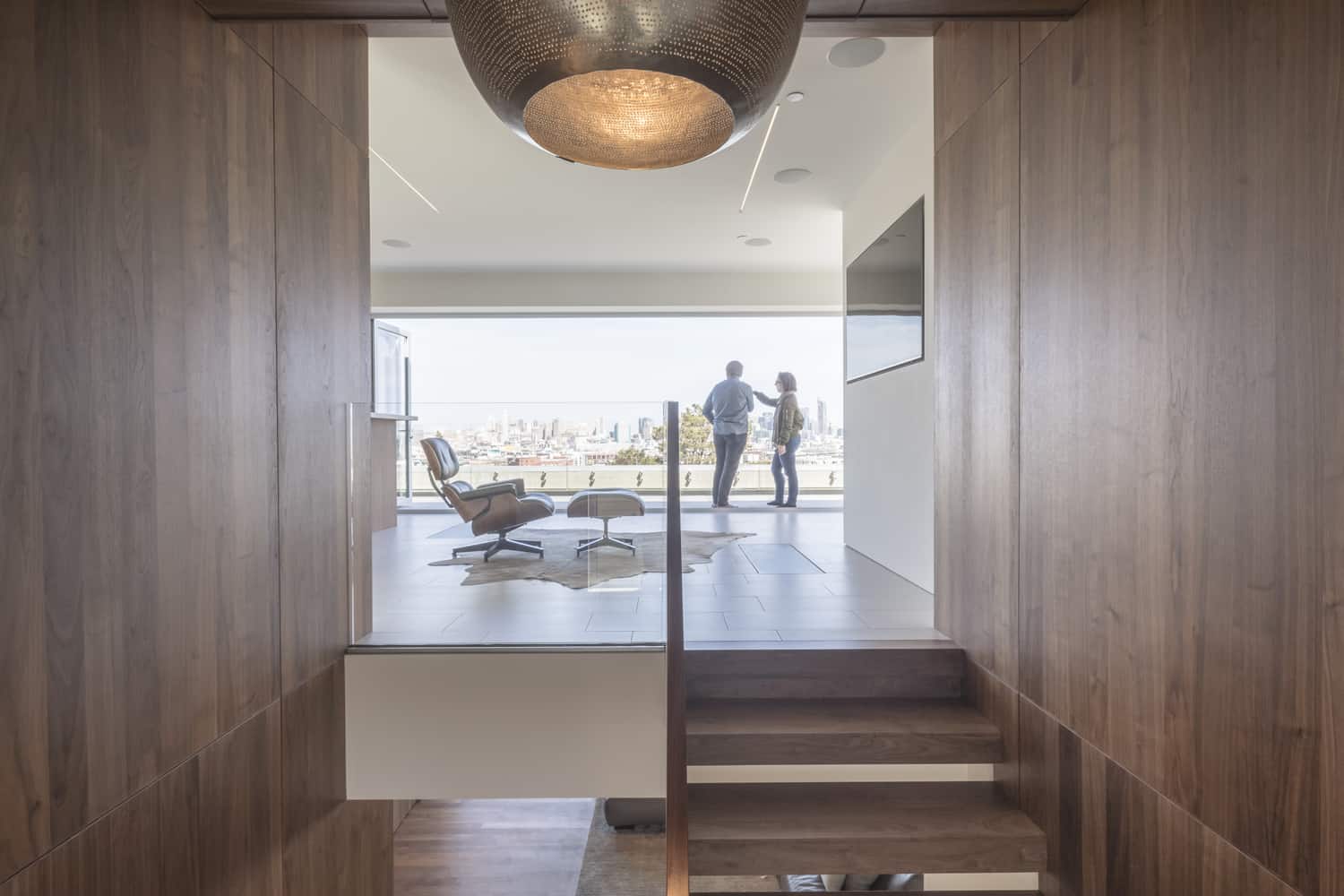 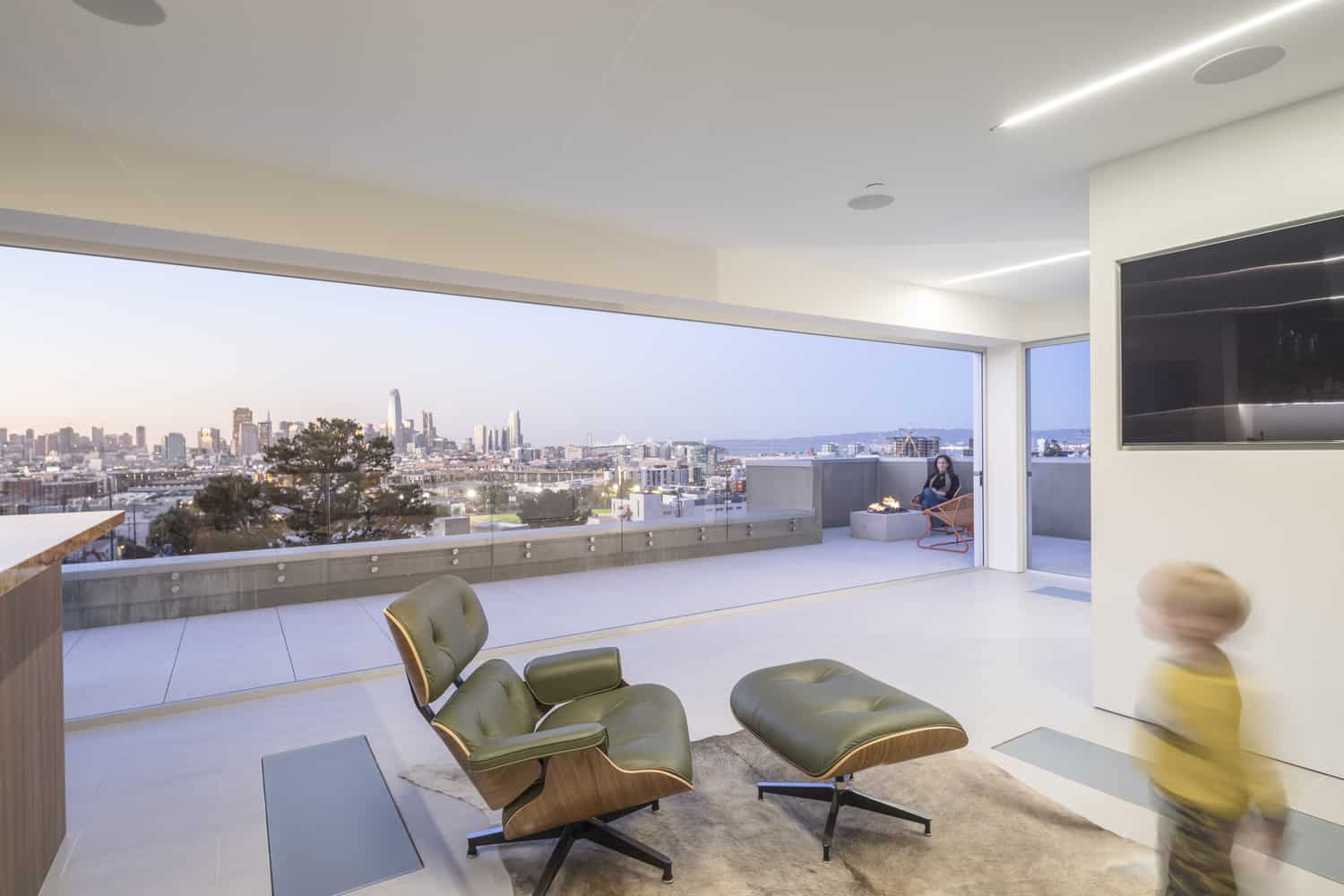 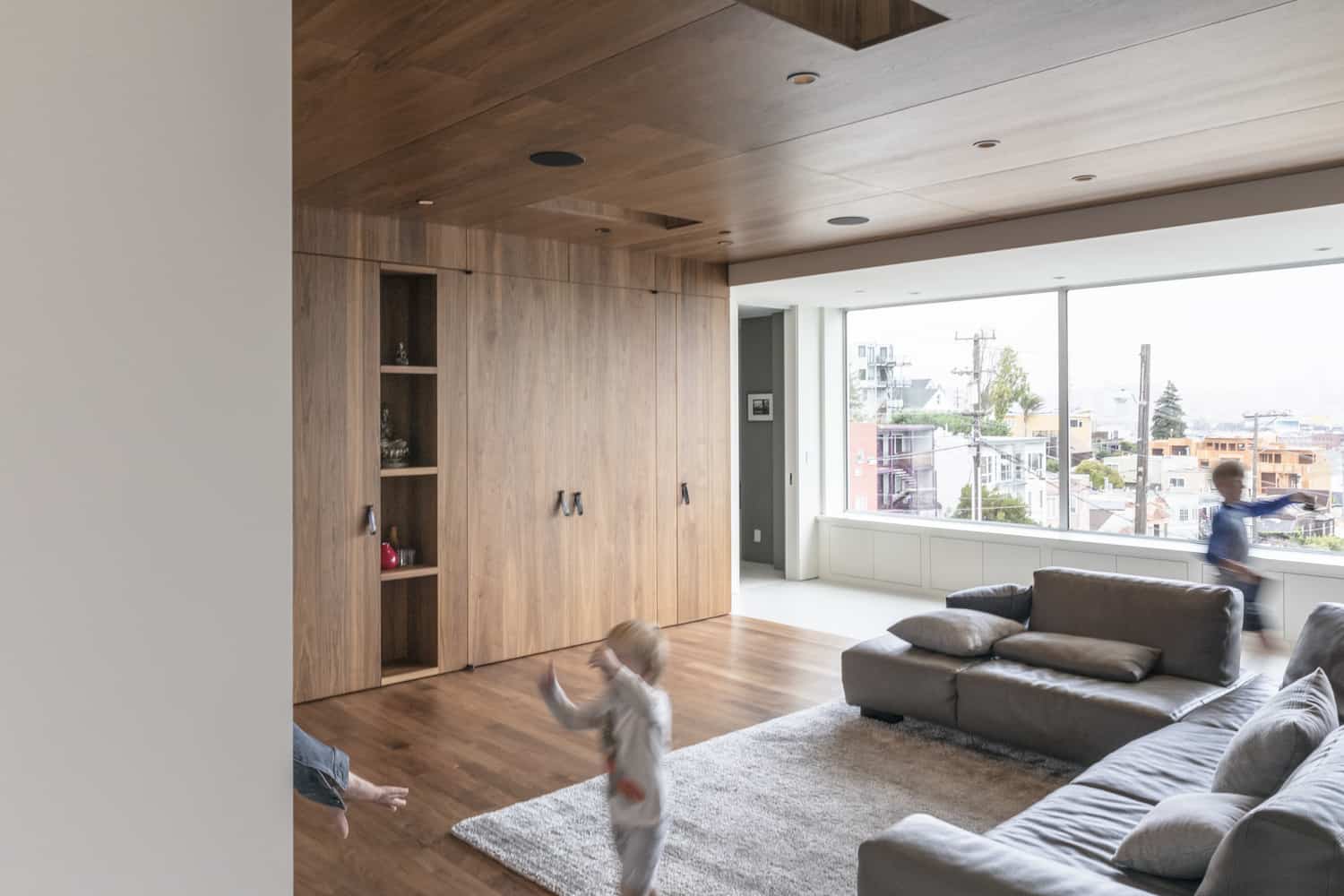 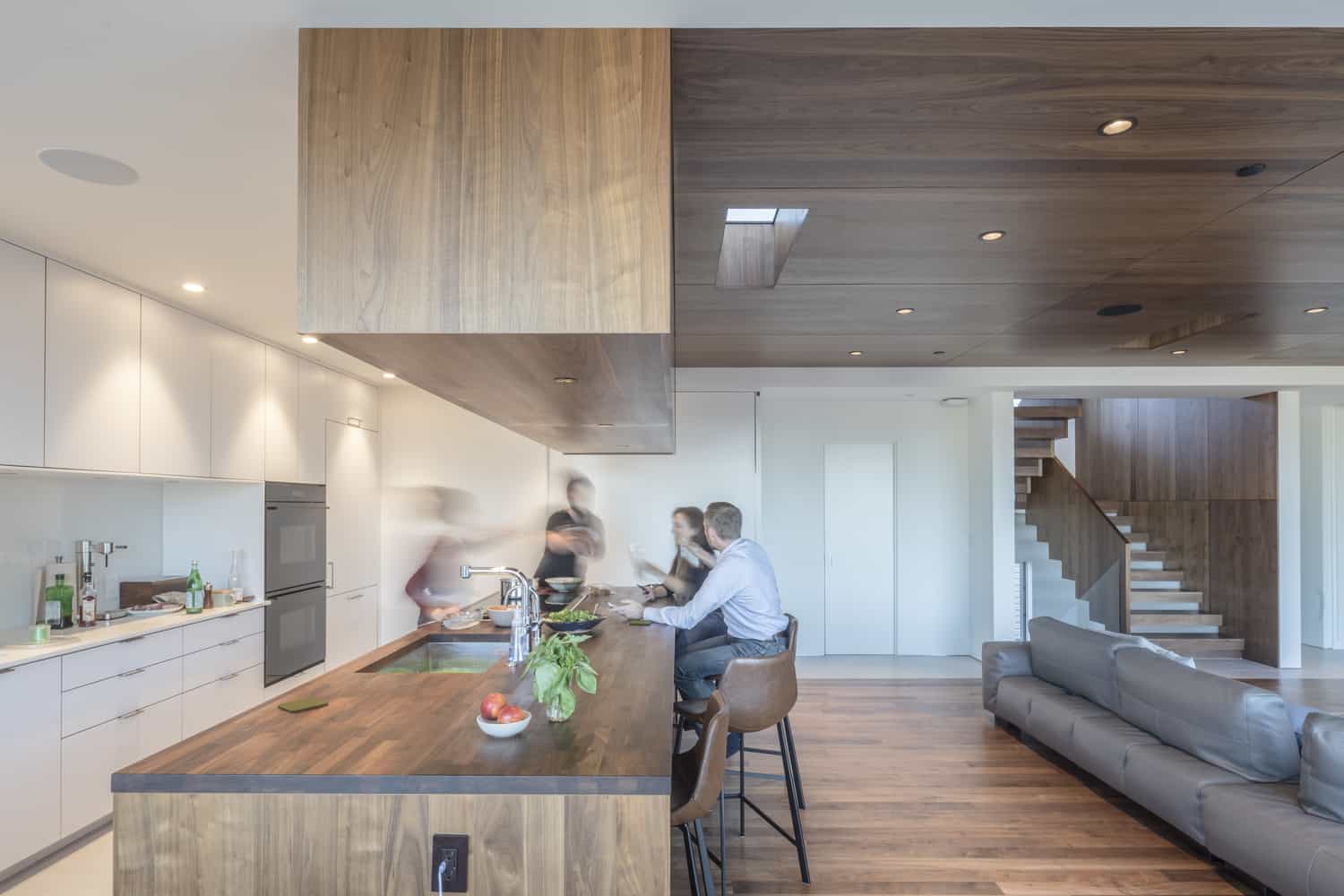 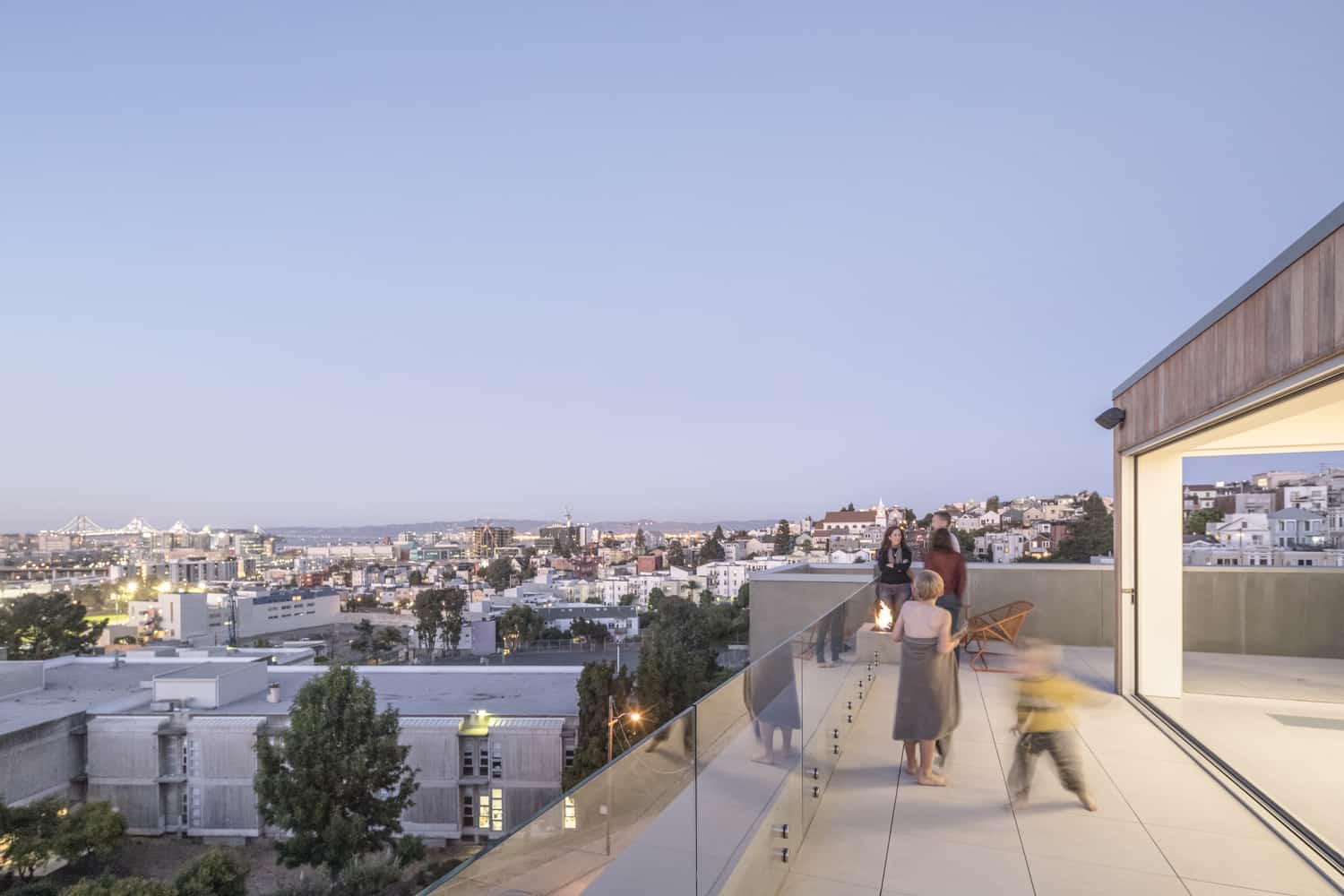 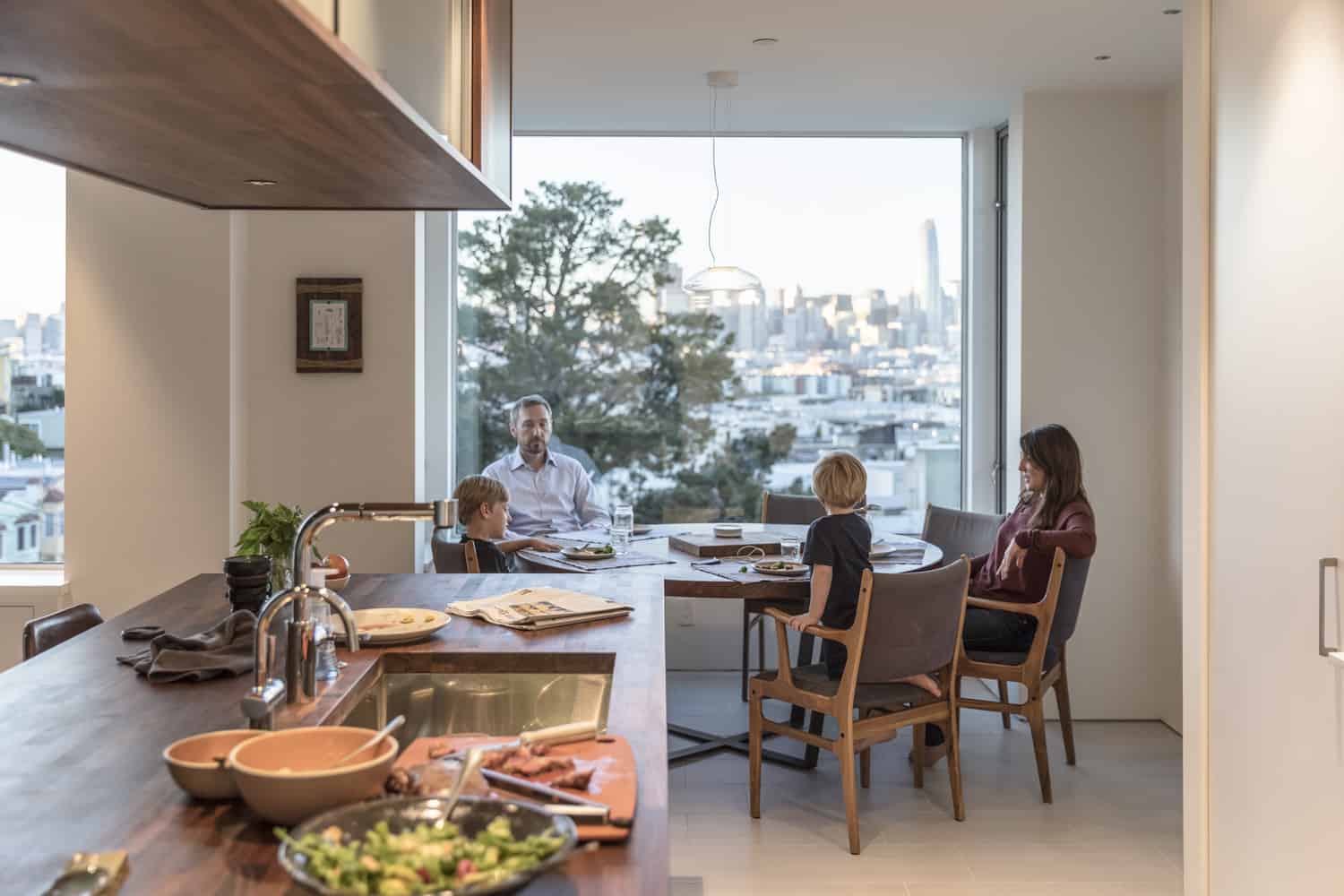 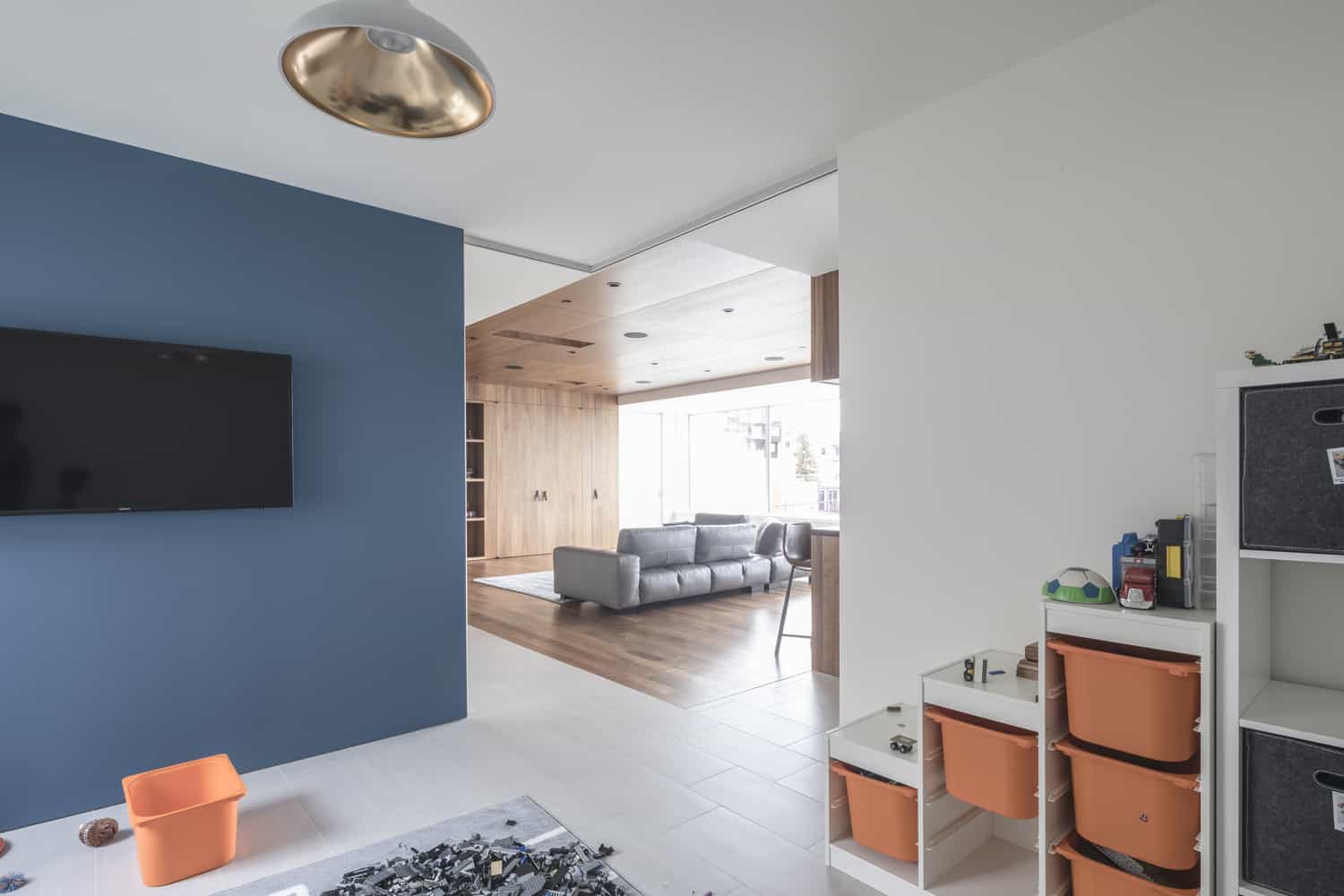 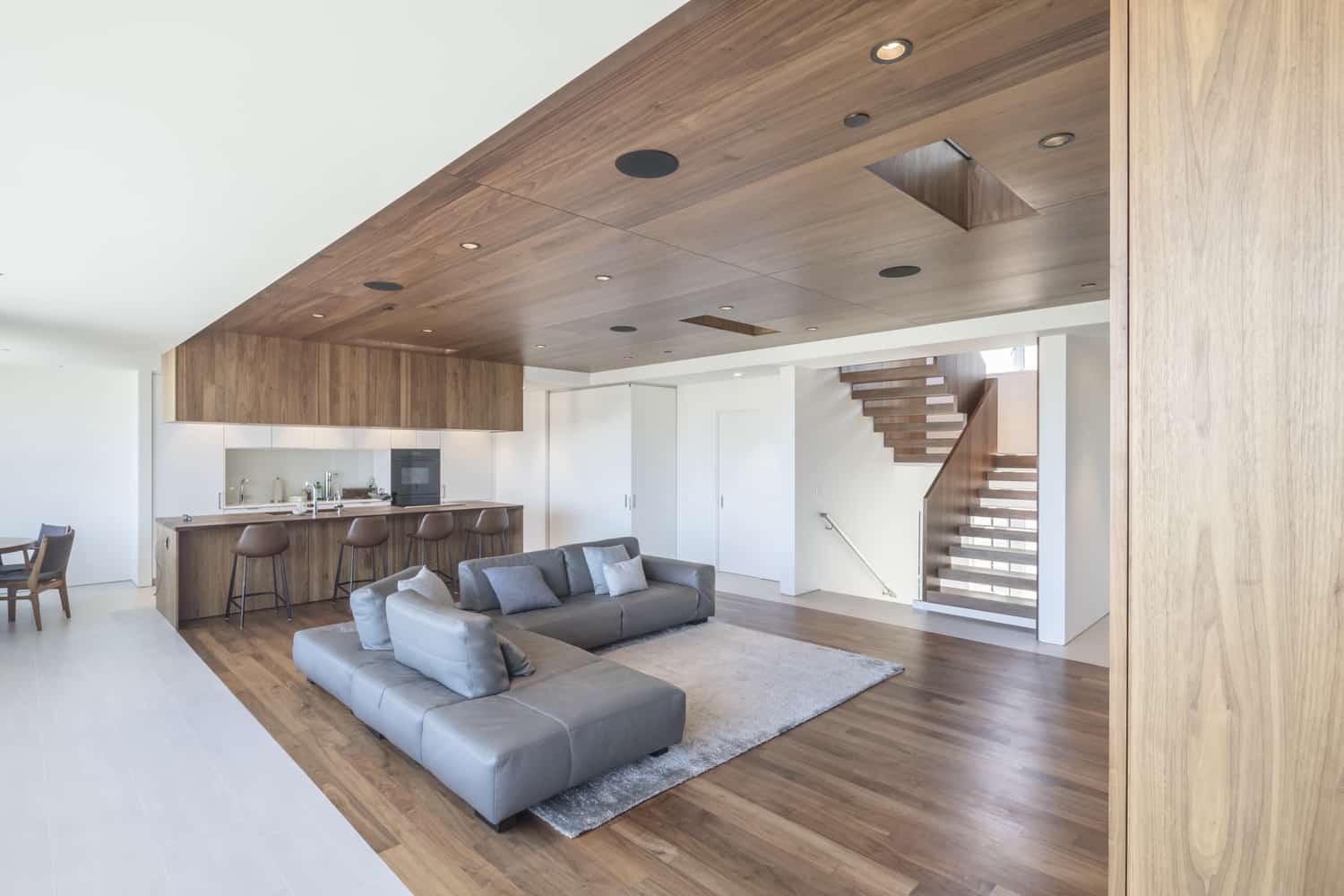 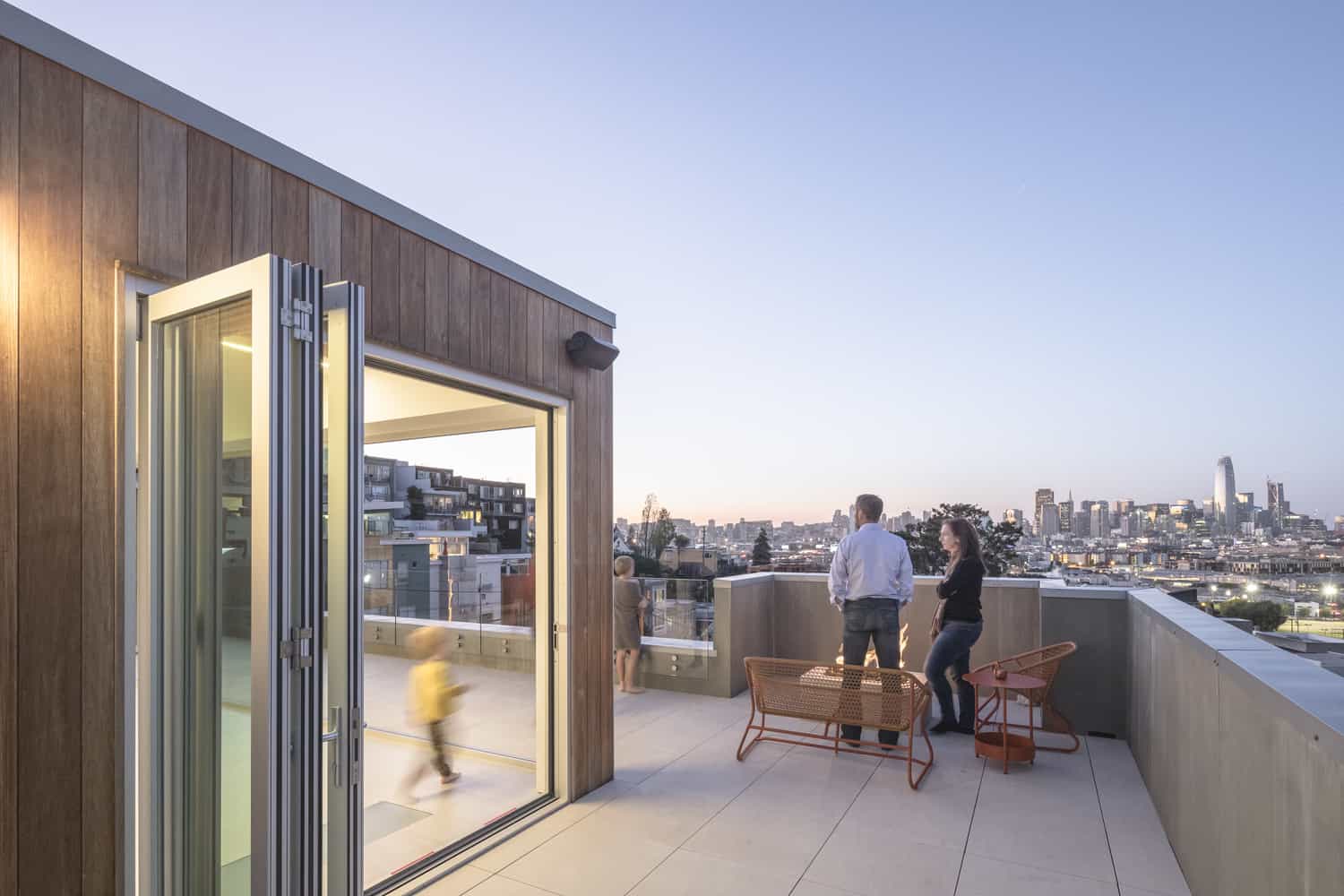 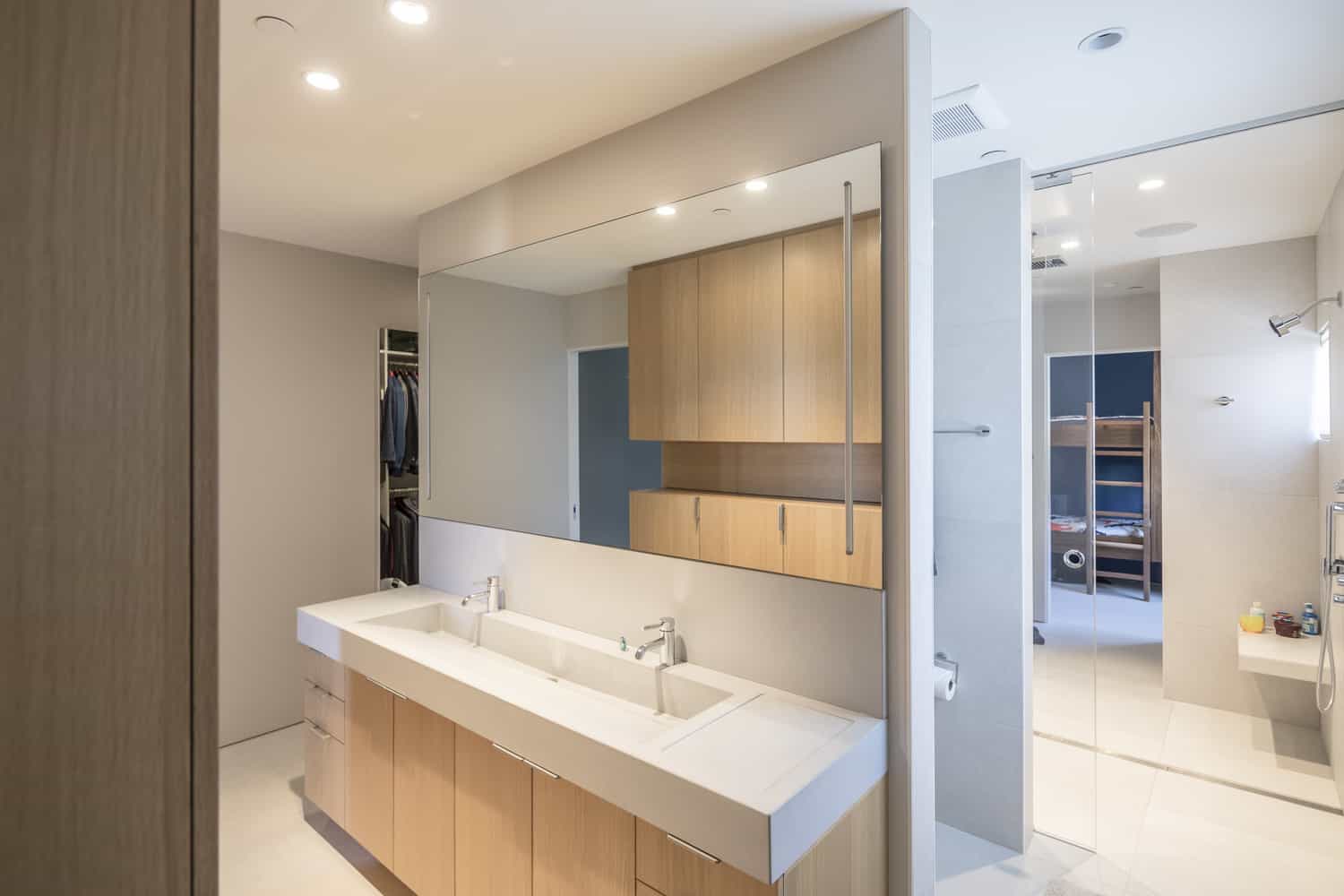 Although the entire building underwent some type of renovation, the penthouse apartment at the very top received a particularly heavy overhaul. The resident of this apartment is actually the owner of the entire building, both living and working from the same space. They wanted, therefore, to afford themselves a little bit extra living and working space that blends better than before.

This was achieved by adding a lovely addition to the apartment, turning it into two blended volumes with free flowing space between them, rather than just a singular feeling residence where everyday life and workplace function step on each other’s toes. At the same time, designers wanted to maintain the stunning view provided by the apartment’s prime place at the top of a building that sits atop a hill.

The aforementioned view lets owners and guests fully appreciate the stunning urban context in which the building sits. Beyond that, the water sparkles in the sunlight and provides a breathtaking visual contrast between natural beauty and city character. The relationship between these two mirrors the relationship inside the apartment between complementary home and work spaces.

Originally built with low ceilings, this old building presented designers with particular challenges in making the spot feel spacious and open in a way that will really benefit the open concept but simultaneously blended layout they were planning for. This is why an extension was built that not only expanded the place width-wise but that also broke through vertically to give the apartment more height.

The difference in heigh in the two volumes or sides of the apartment creates a space on the roof of the lower side. Designers opted to take advantage of this spot by creating an additional interior room at the top. The walls of this room can be pulled entirely back to blend indoor and outdoor spaces all along a perimeter wall where a stunning built-in bookcase balances a wooden island in the centre of the room. The view from this spot feels unprecedented as you stare out over the city.

Part of the magic of the view is created in the fact that the visual edges of the rooftop terrace sit almost precisely evenly with the San Francisco skyline if you look directly from the door. A view of the buildings below leading up to the water’s edge can be gleaned instead by crossing the terrace to the balcony’s edge.

Inside the apartment, the entire colour palette has a stunning sense of neutrality about it. While the ceilings, walls, and many surfaces have a calming cream shade to them, contrasting furnishings and built-in features were done in the same naturally stained wood as the previously mentioned bookcase that sits near the sliding glass doors.

The effect if one of calming sensical atmospheres that makes sense from space to space. The palette also allows for any presence of decorative colour to pop against otherwise subtly cohesive backgrounds, as is the case with the lovely teal painted walls in the children’s play room.

Perhaps our favourite feature of the apartment is the lower balcony edge that boasts a safety partition made entirely of smoothly glazed glass. Putting this in place instead of an opaque wall provides an almost uninterrupted view of the city right from the apartment door.

The Summit by Habitat Studio & Workshop