House in Jozefow by ZAG Architekci 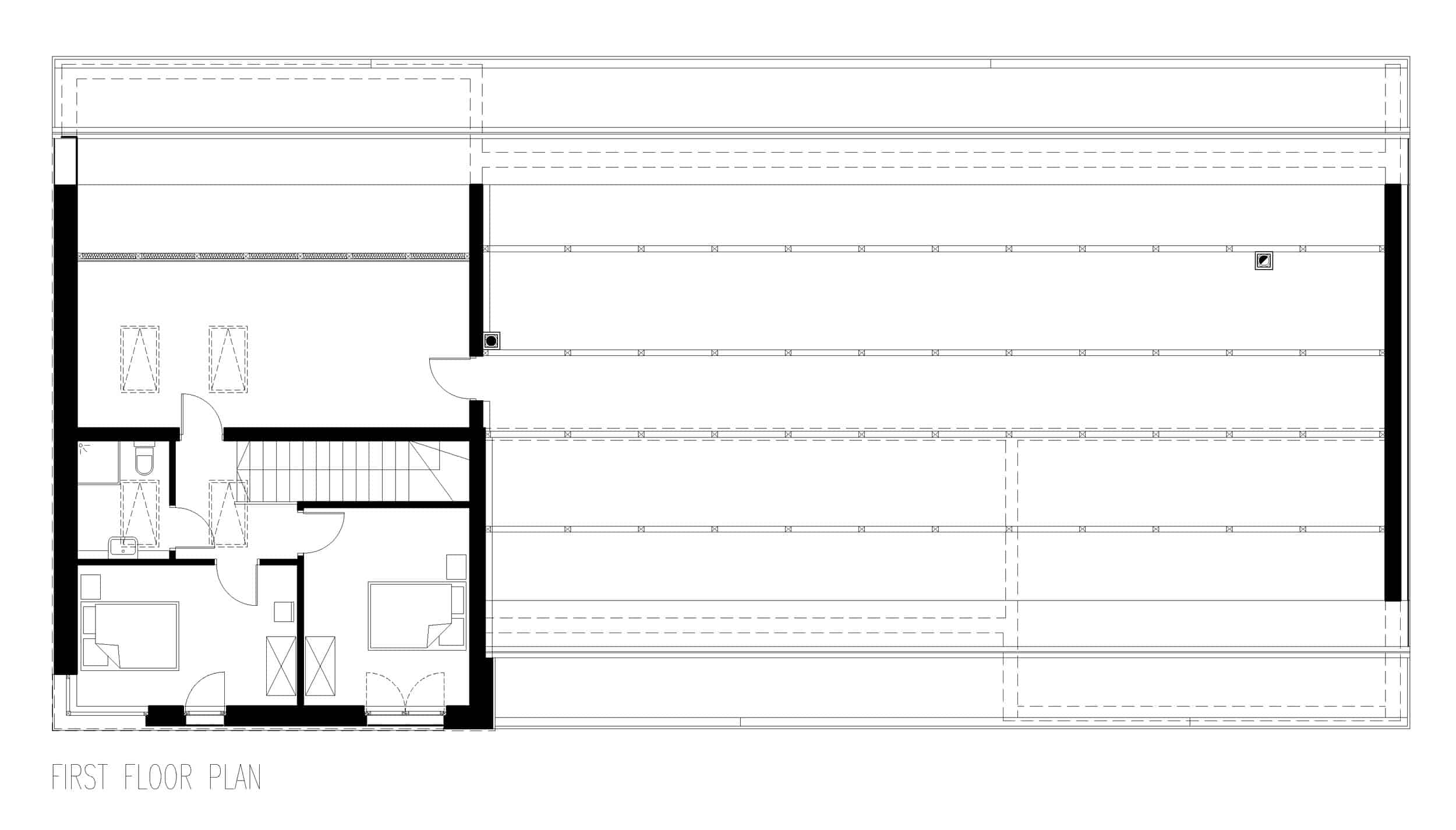 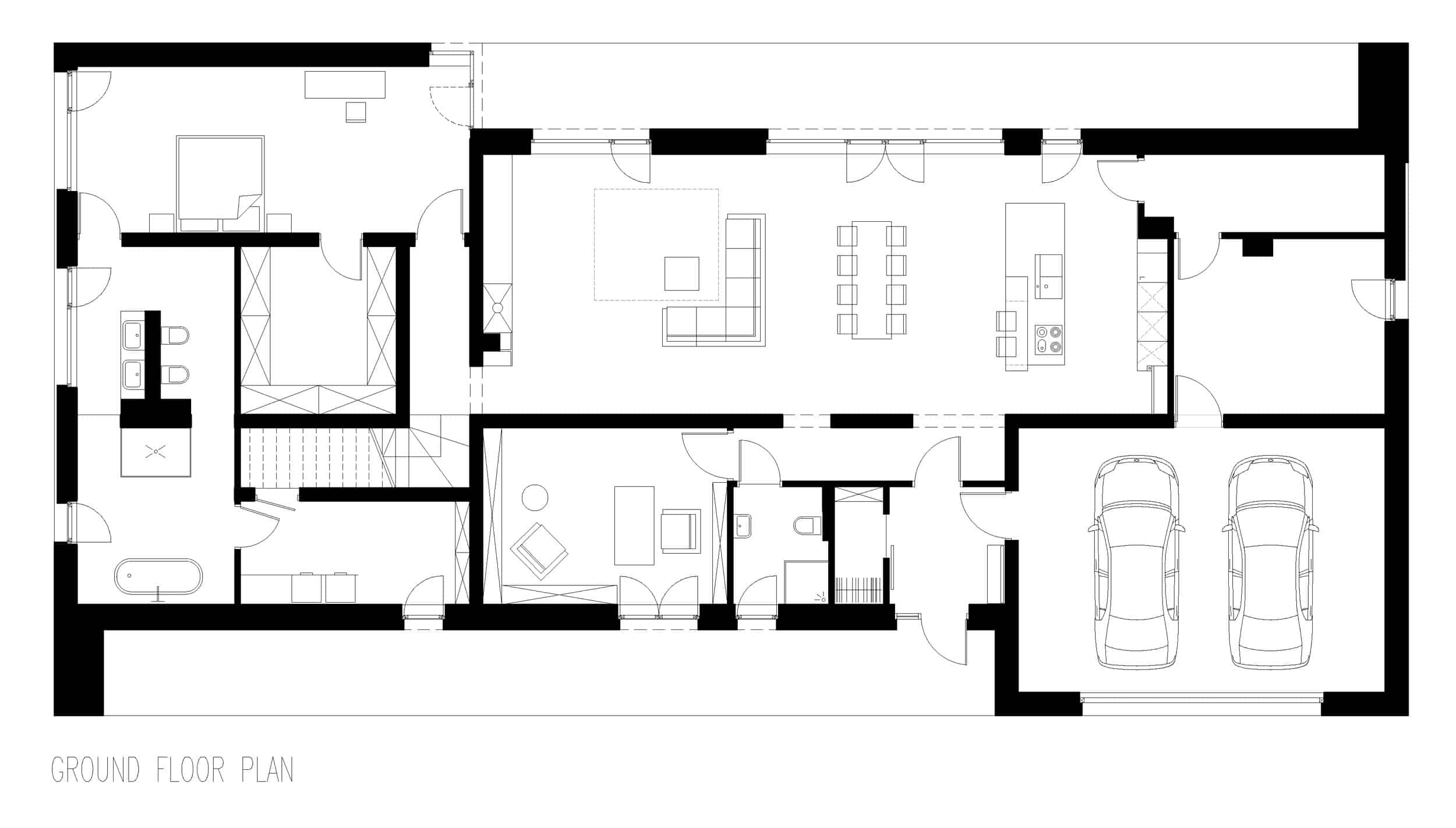 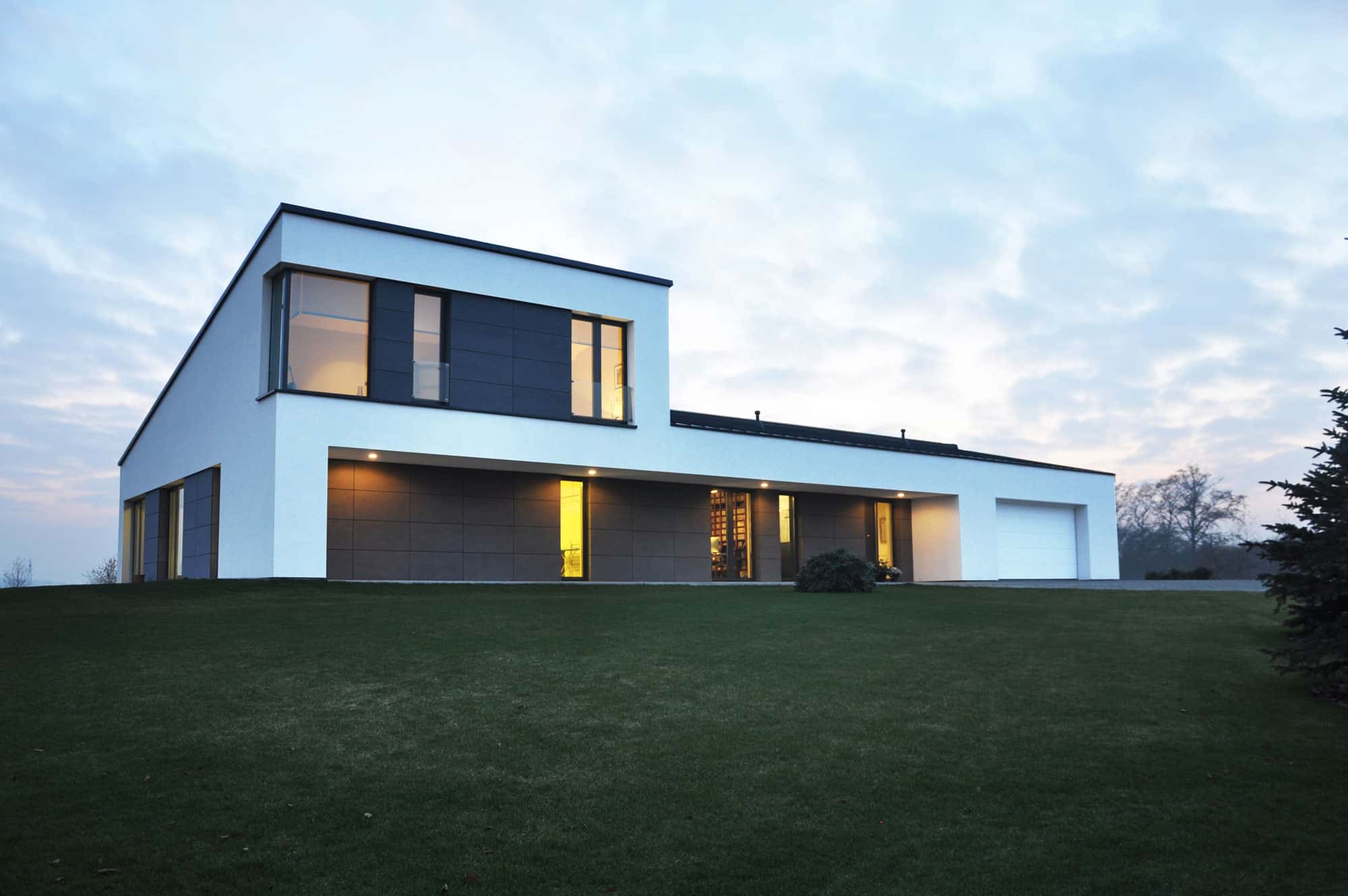 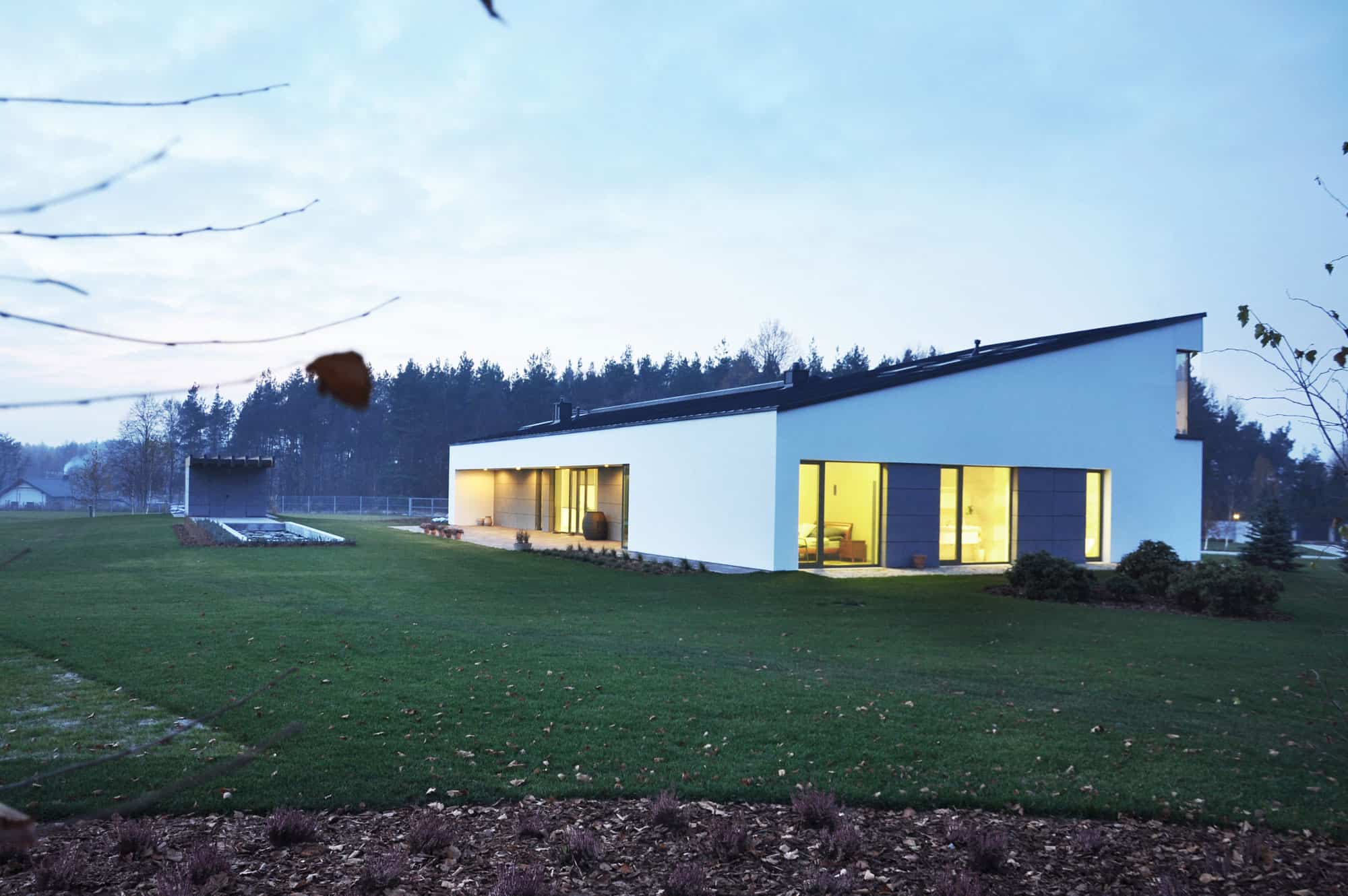 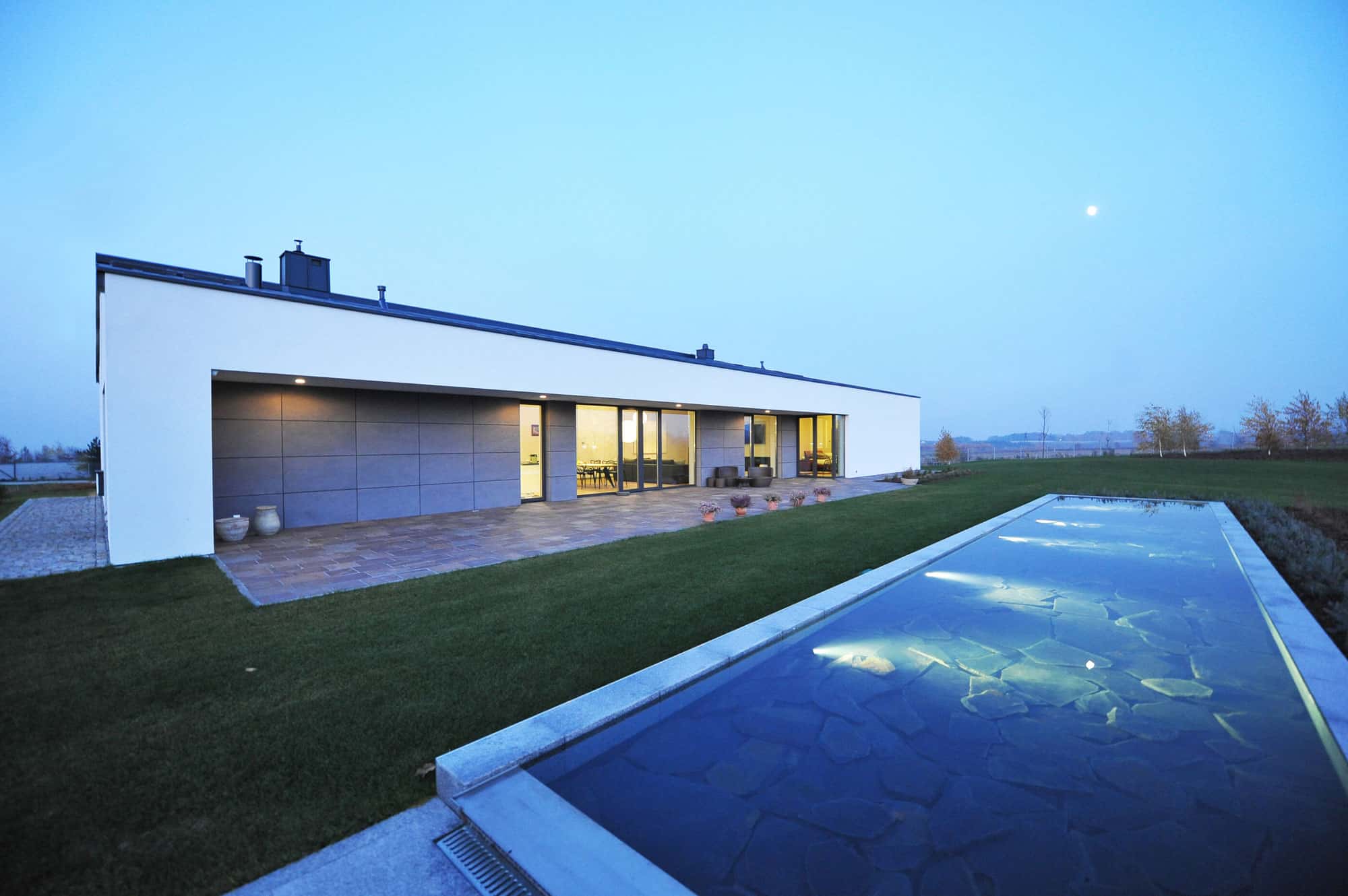 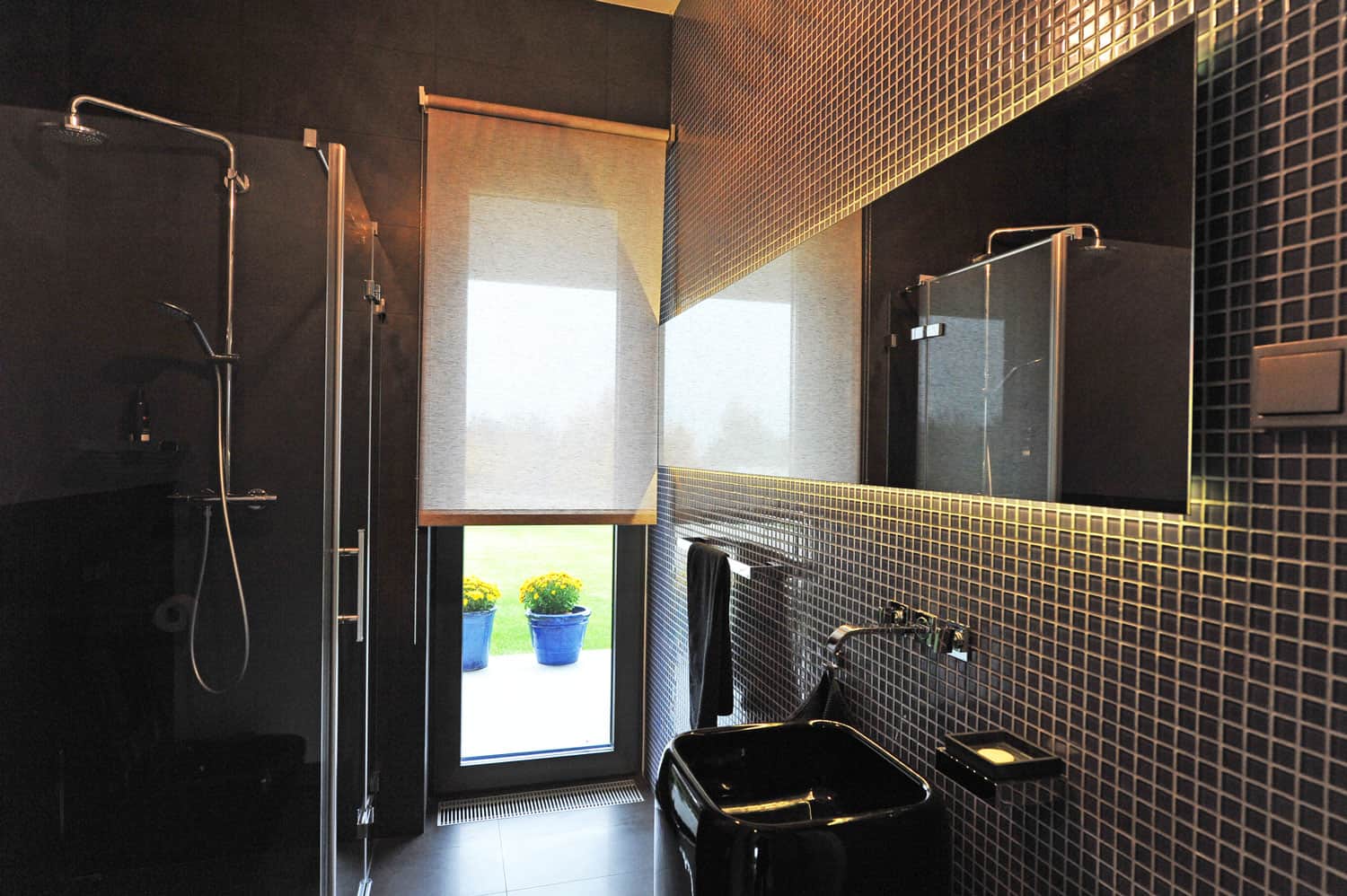 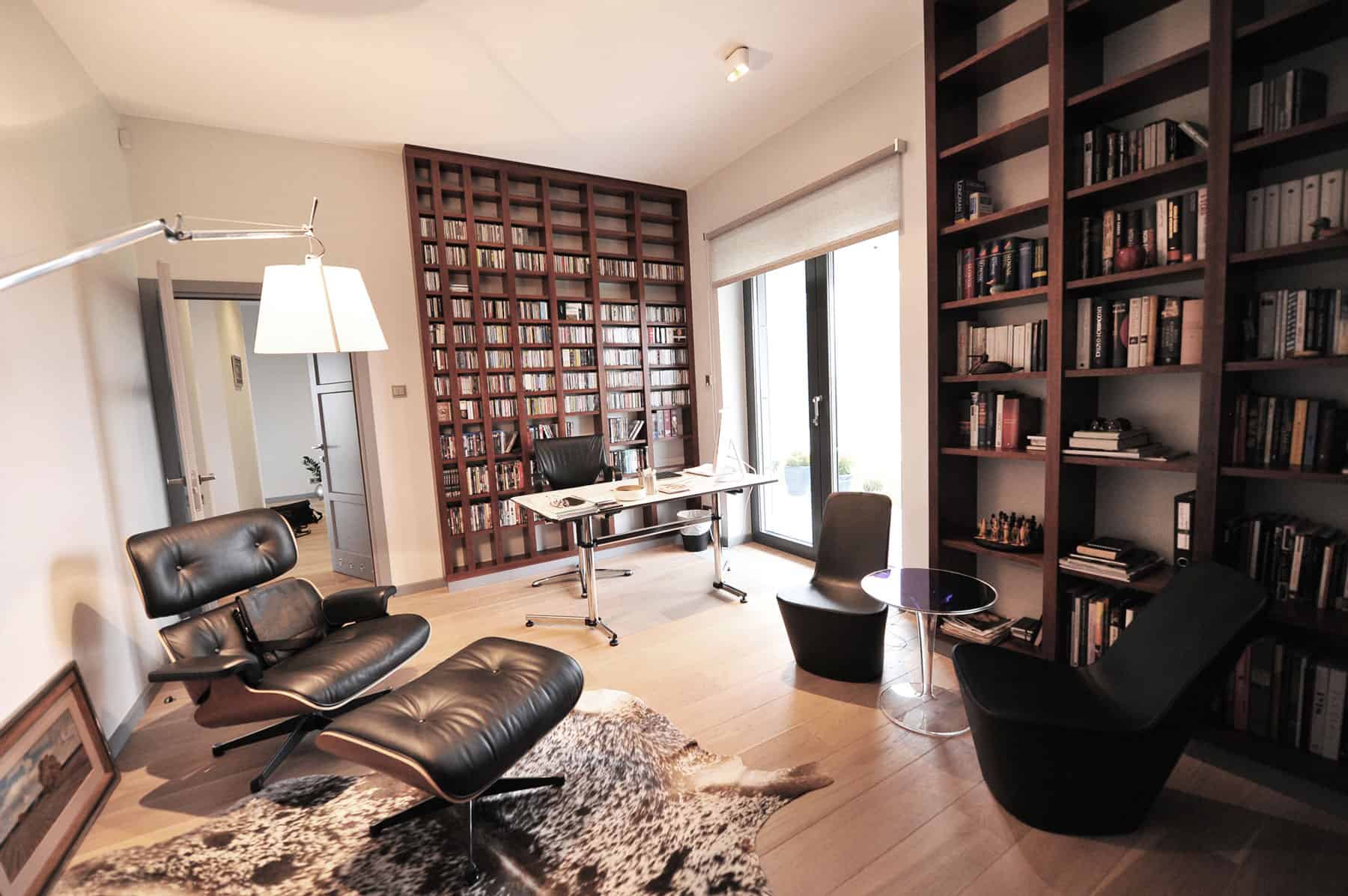 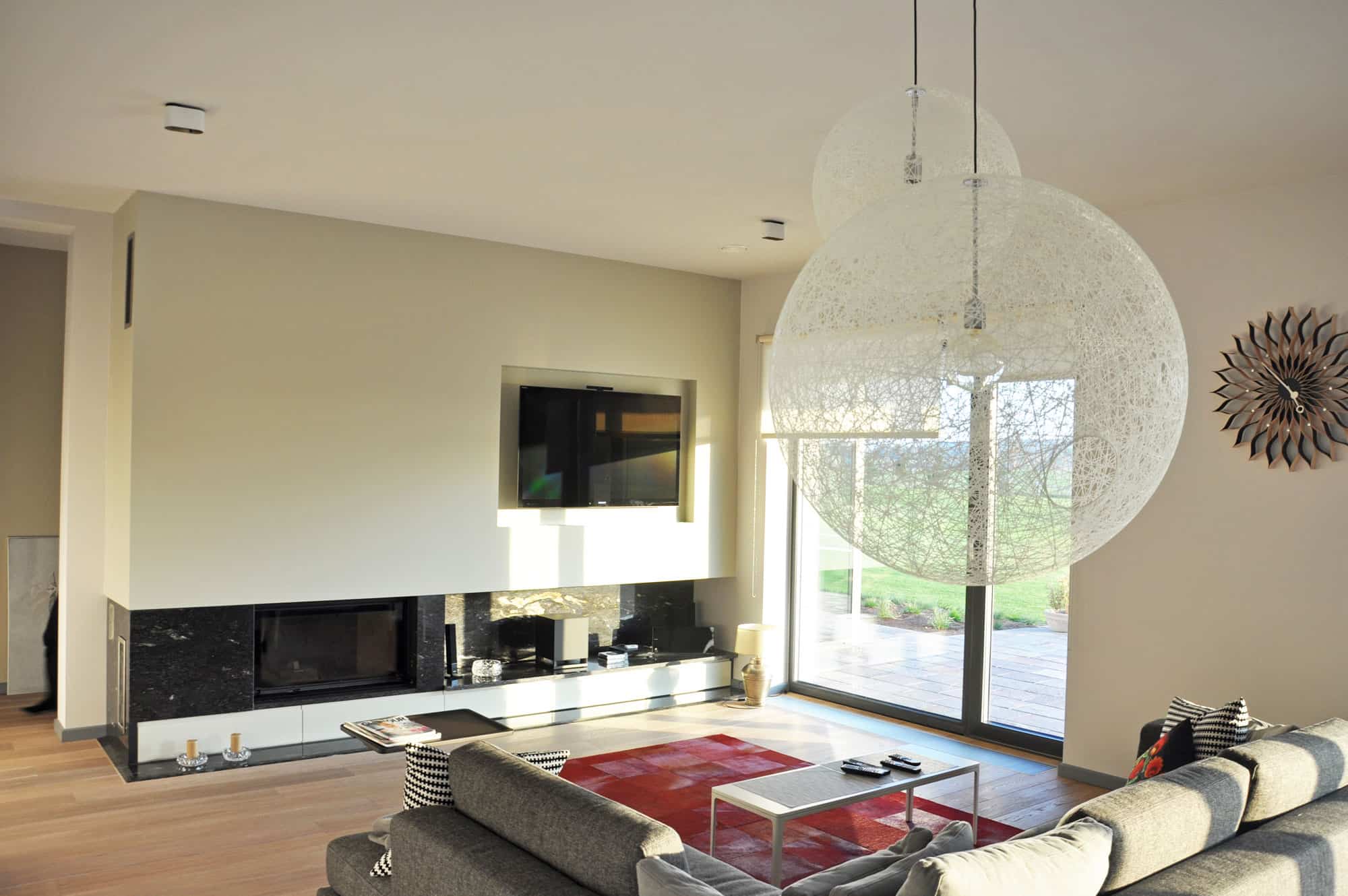 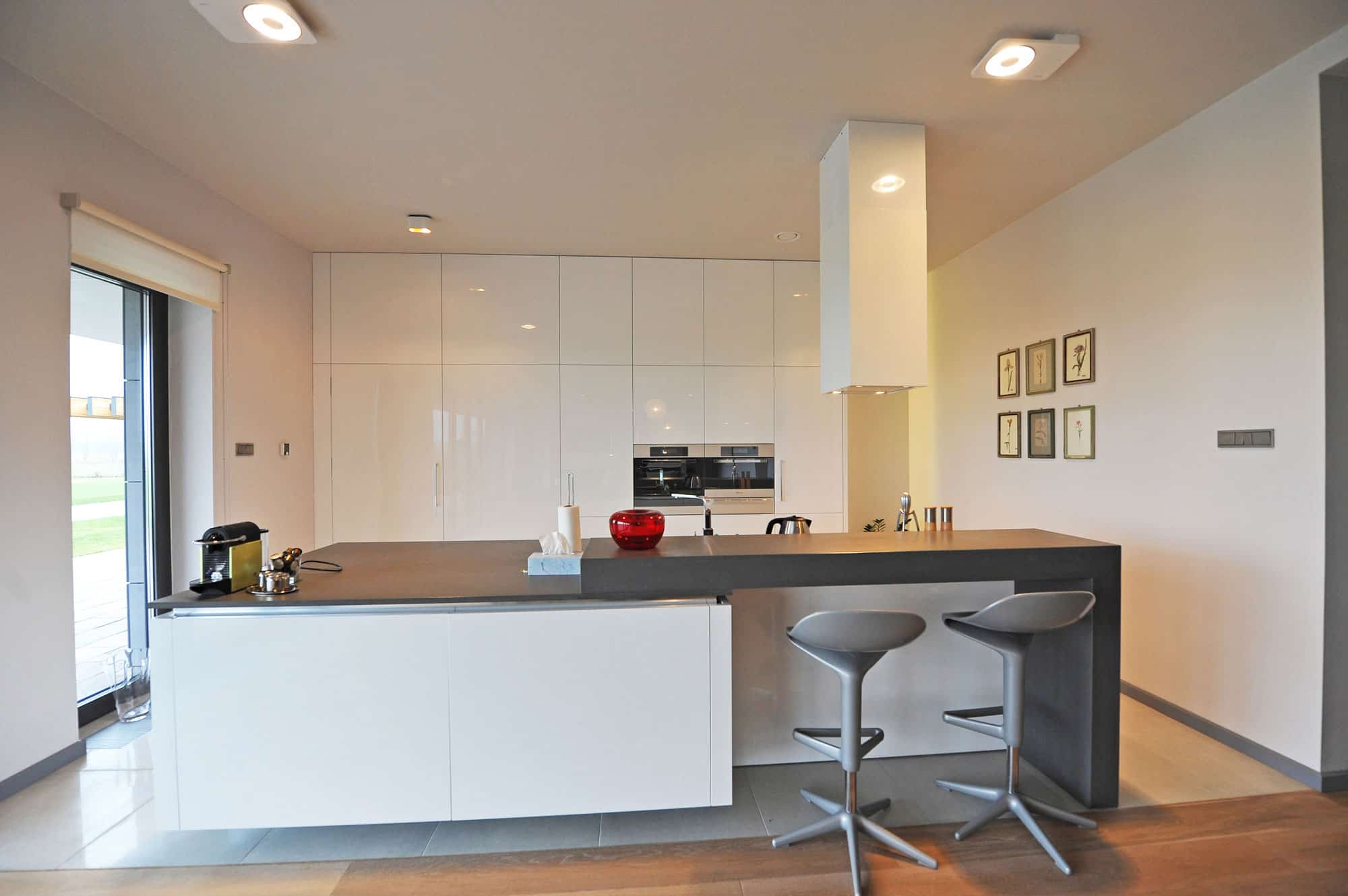 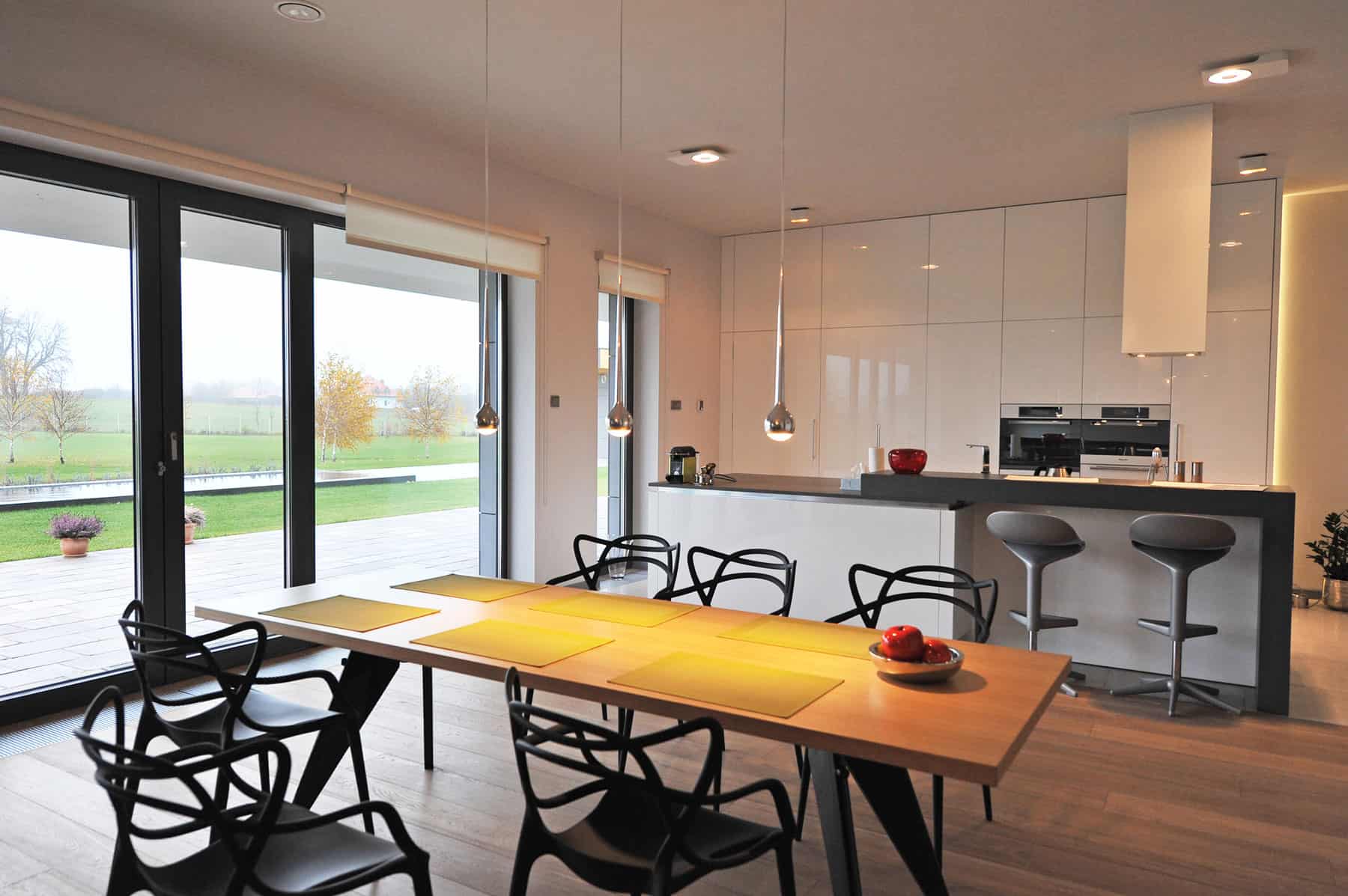 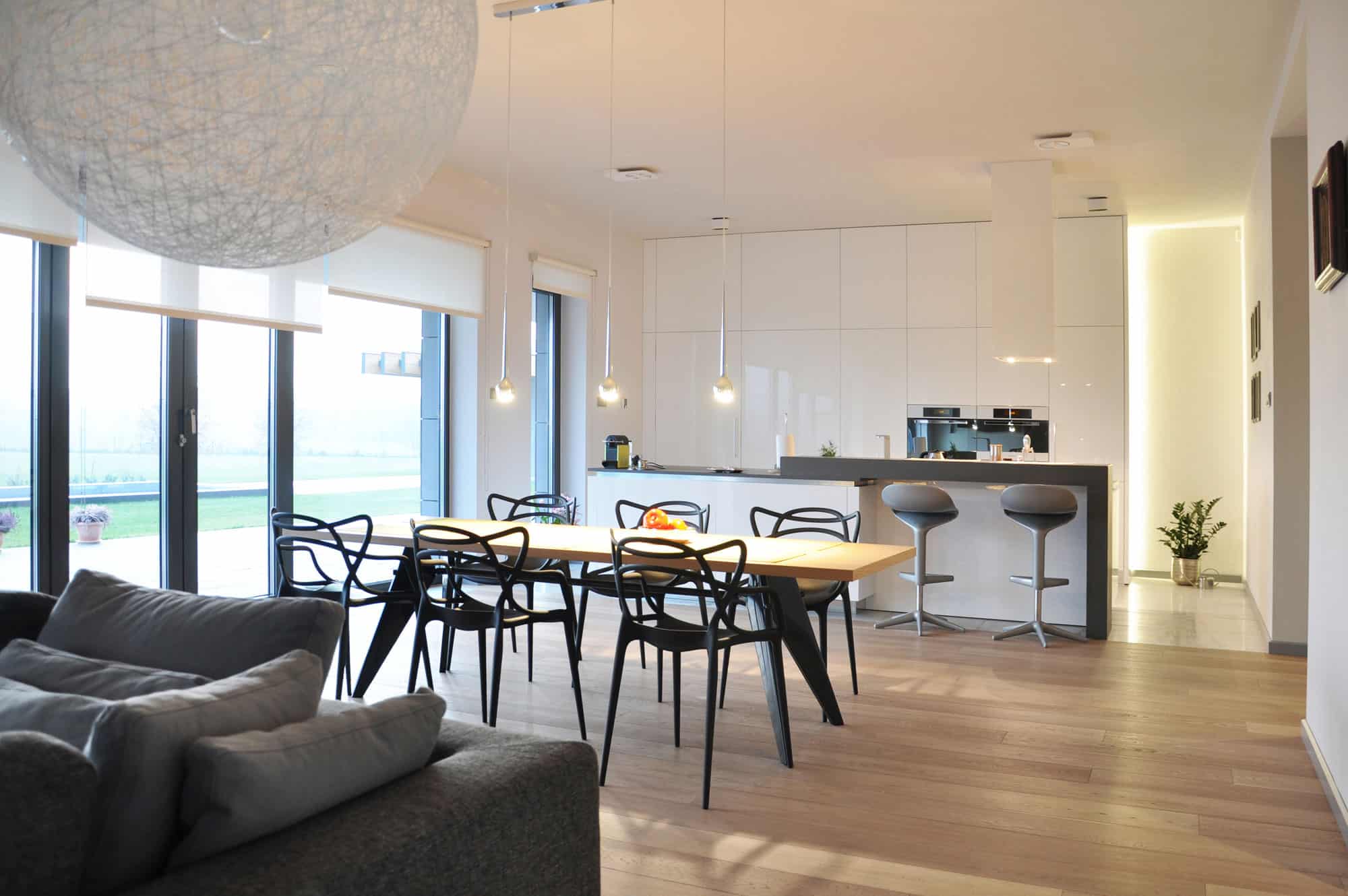 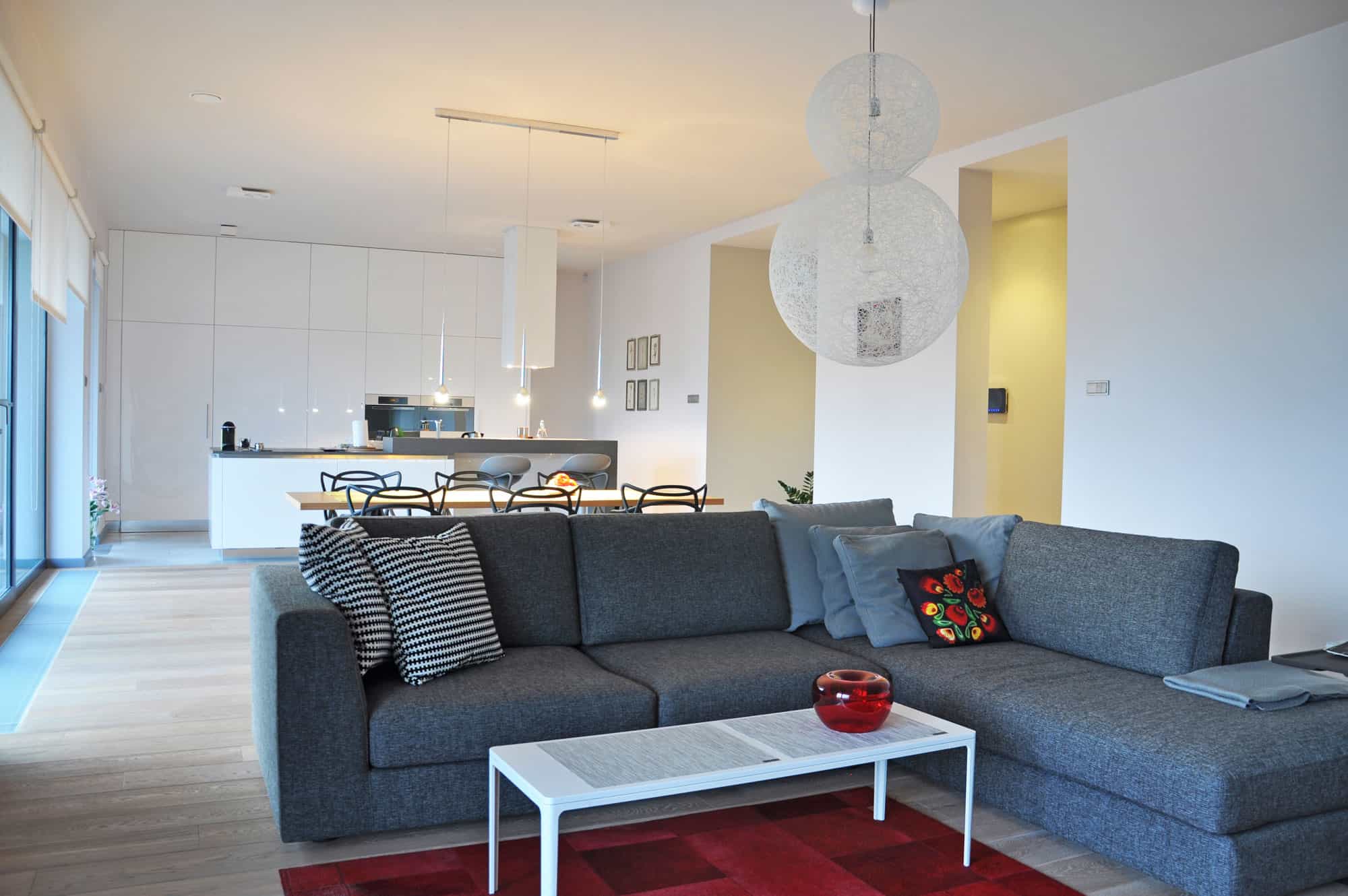 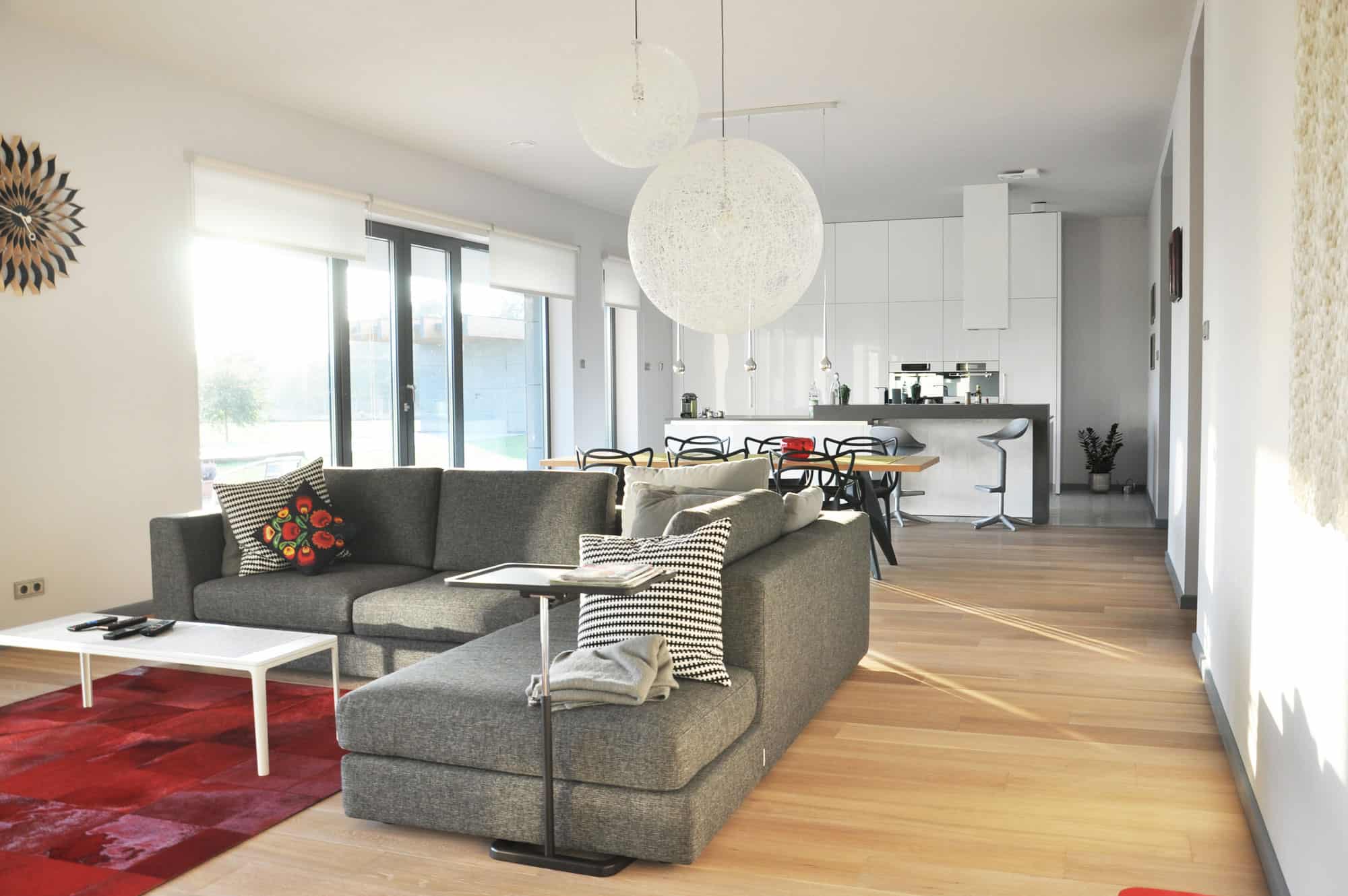 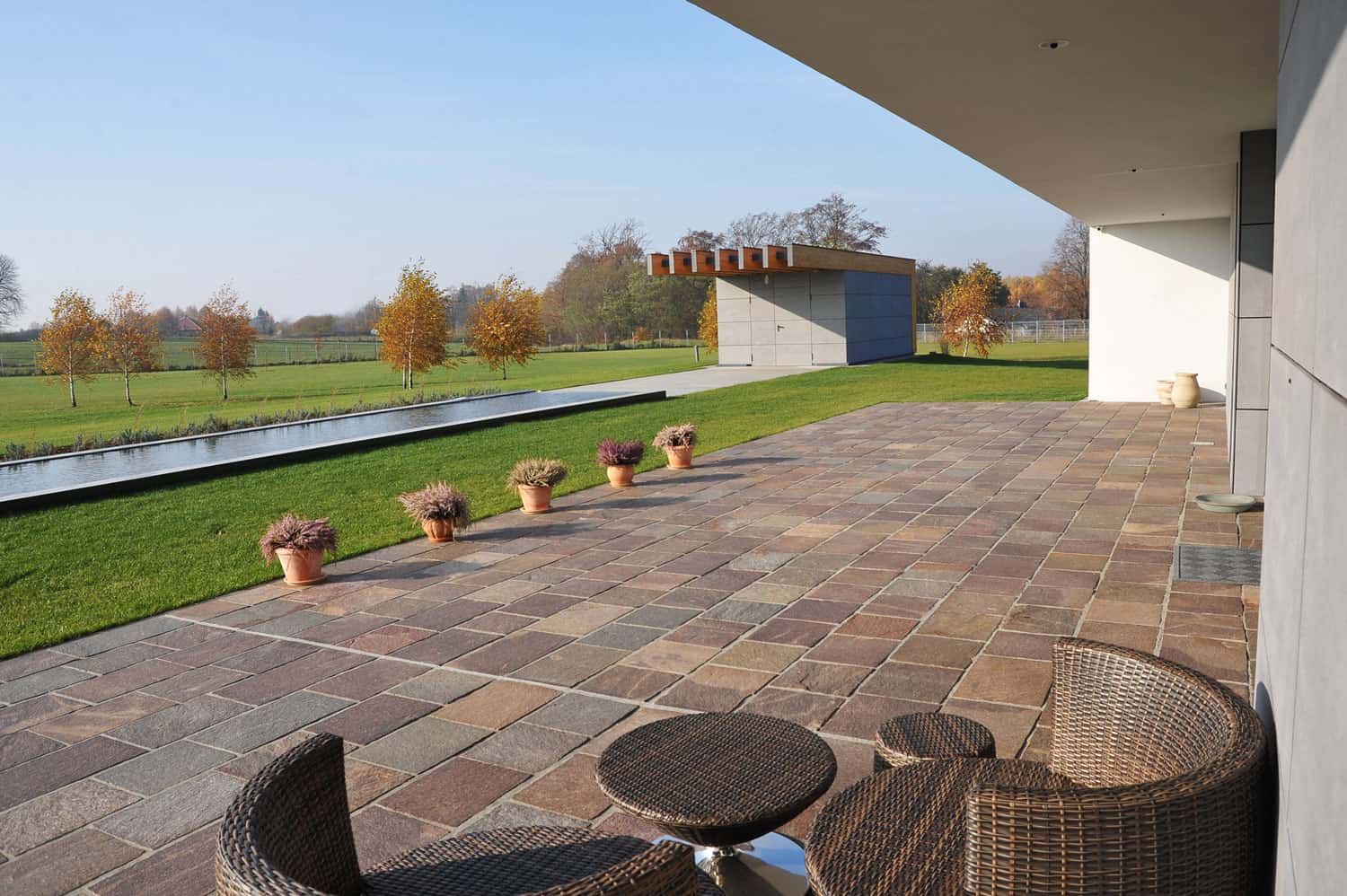 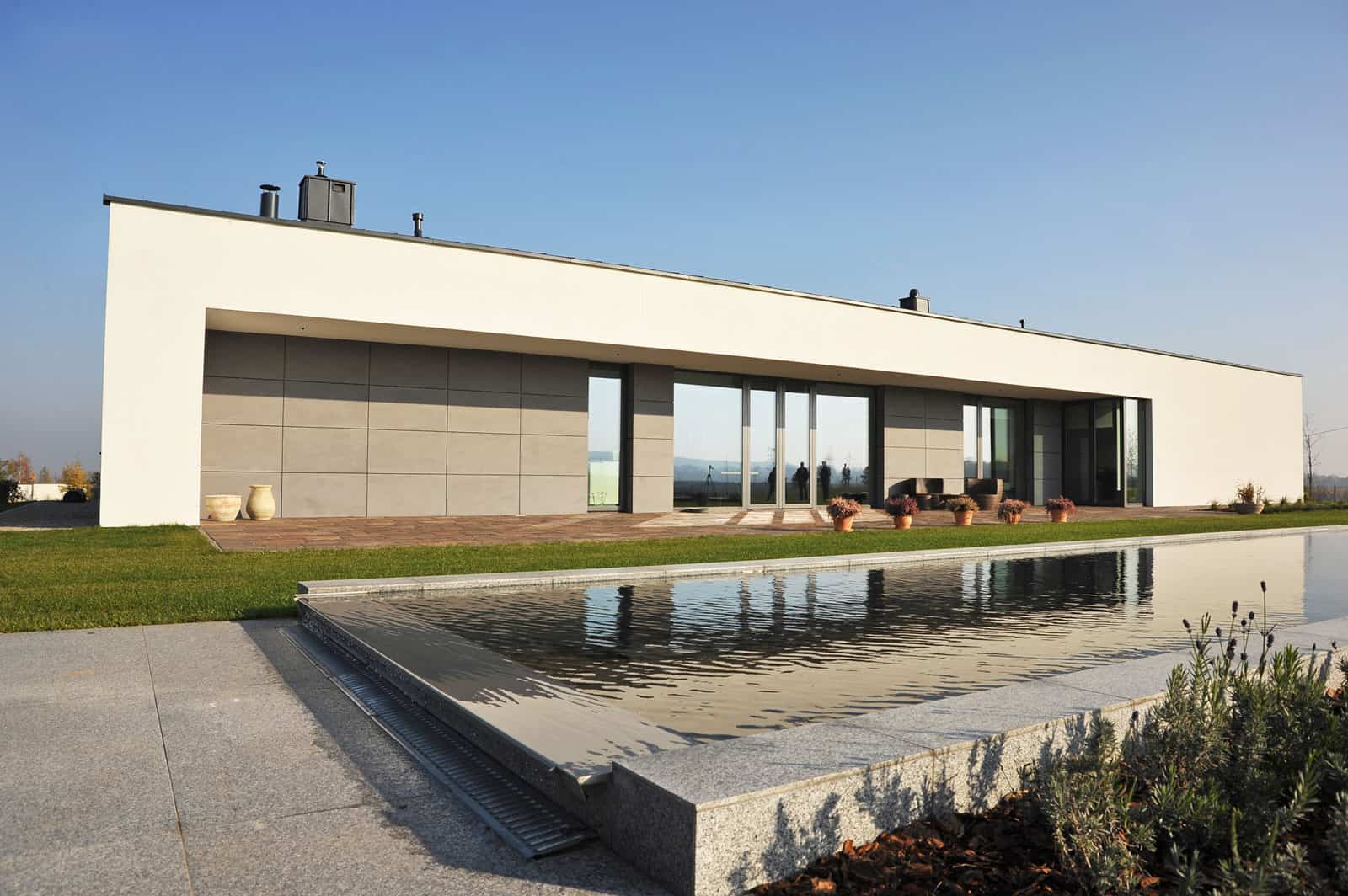 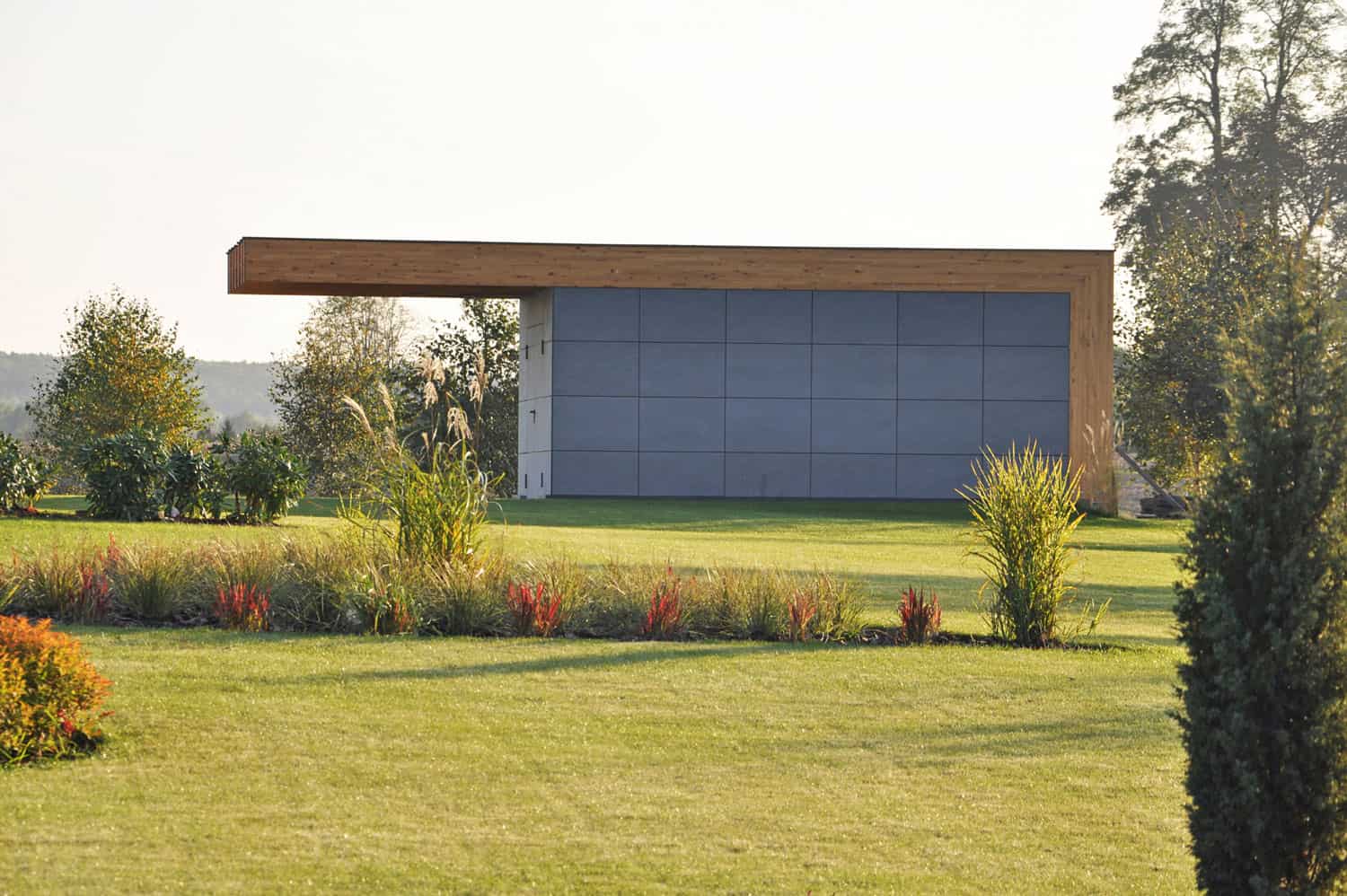 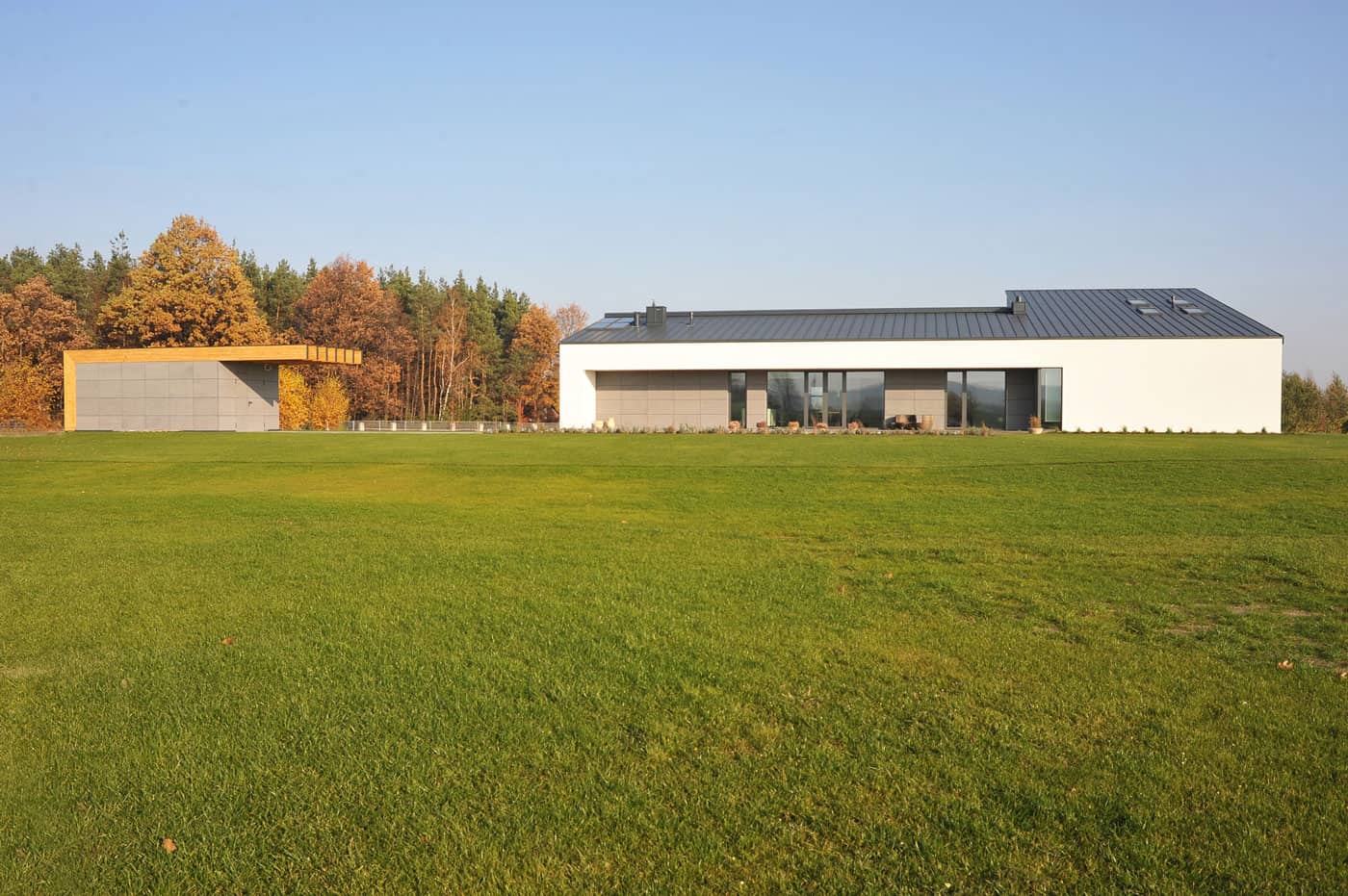 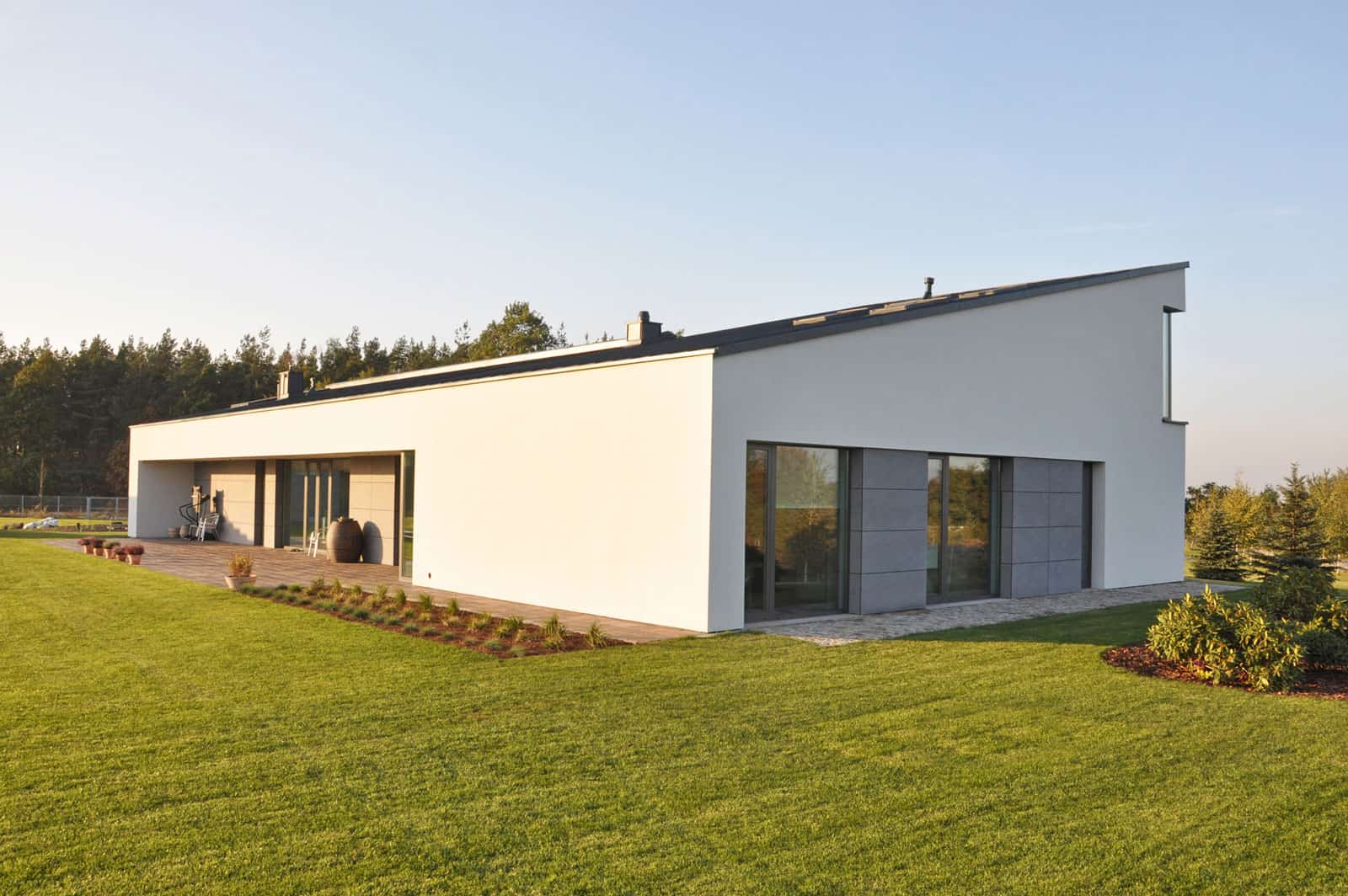 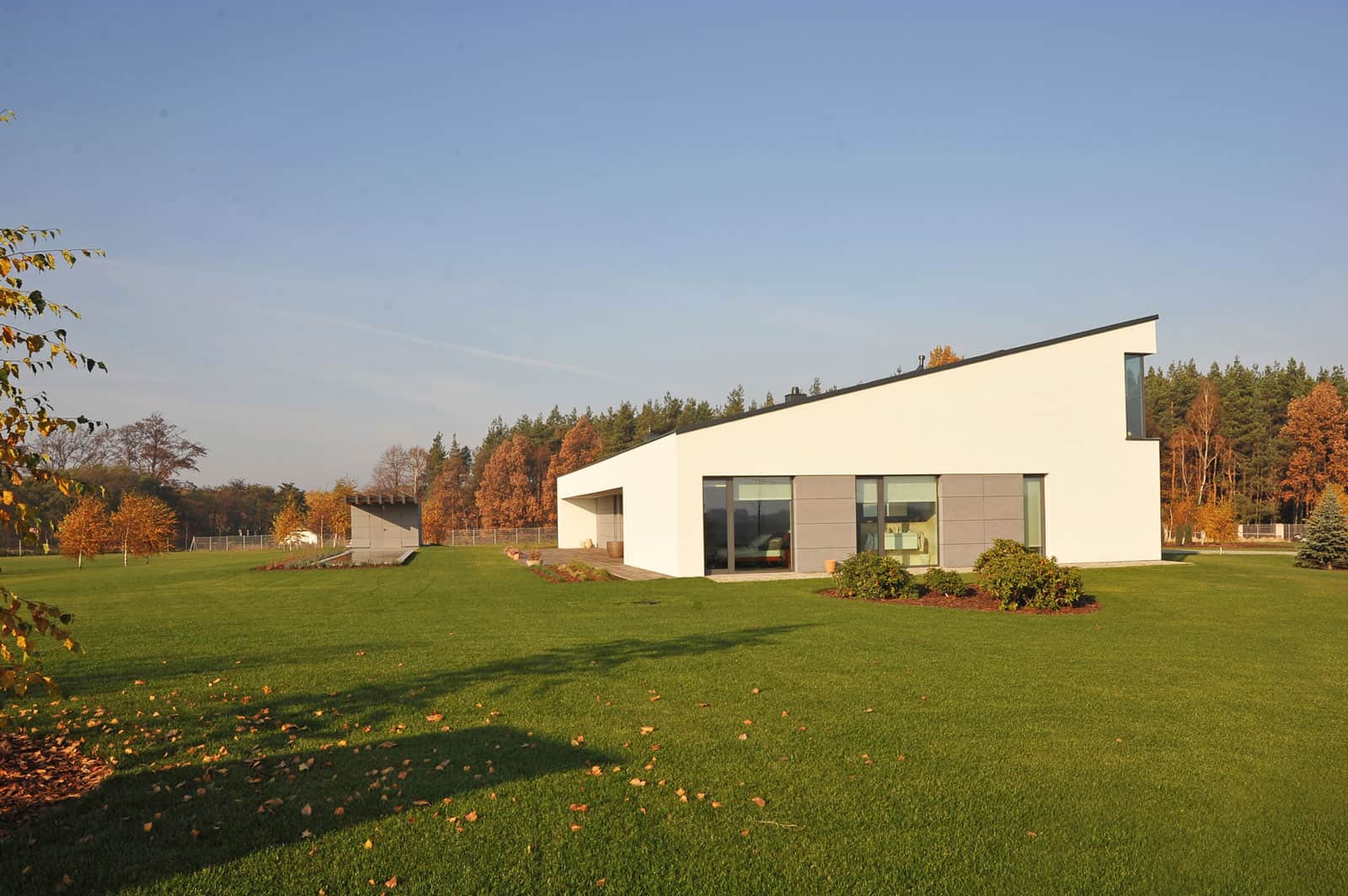 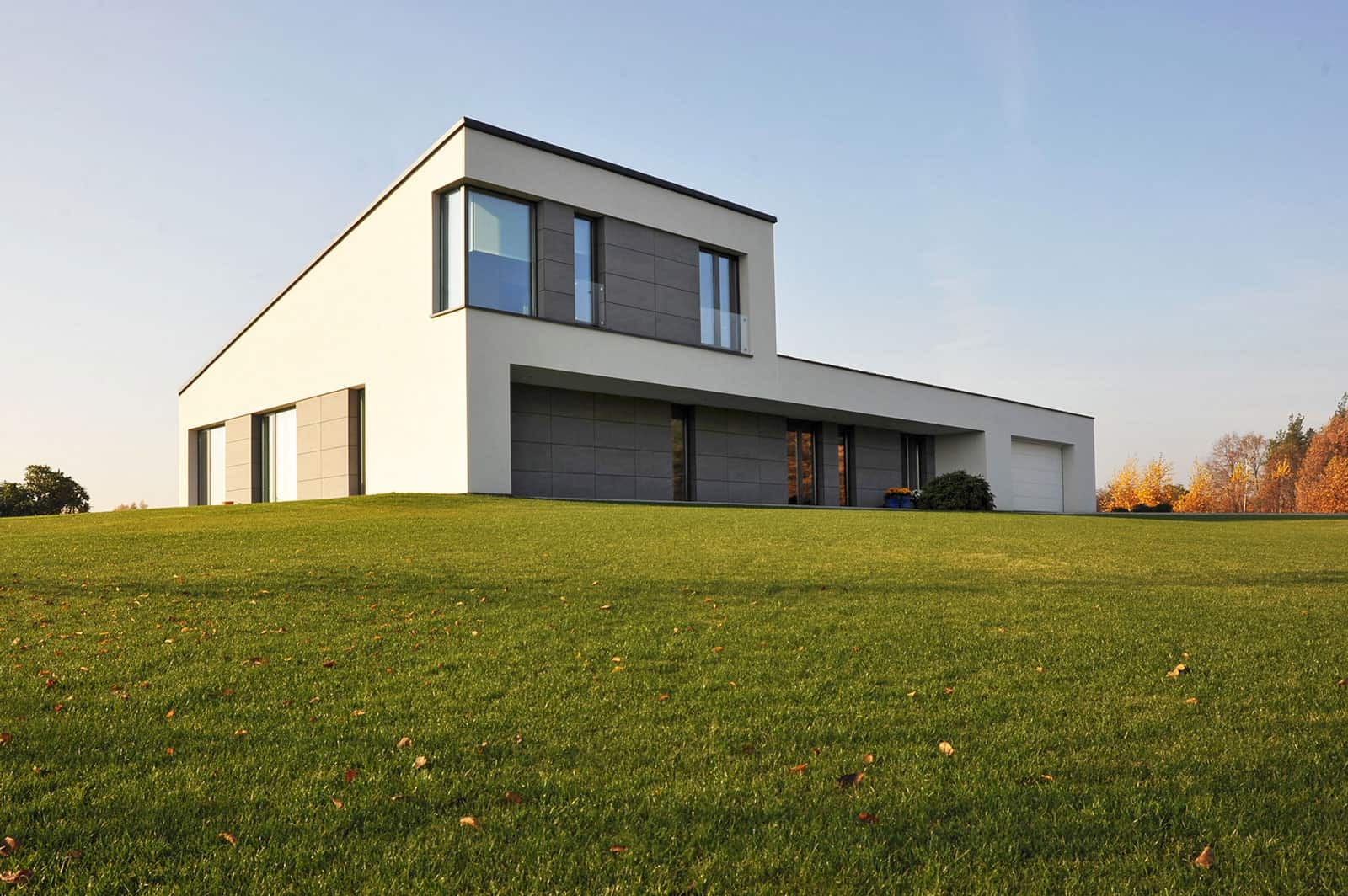 Completed in 2011, this 3,230 square foot, two story, contemporary home is located in Jozefow, a town in Otwock County, near Lodz, Poland. 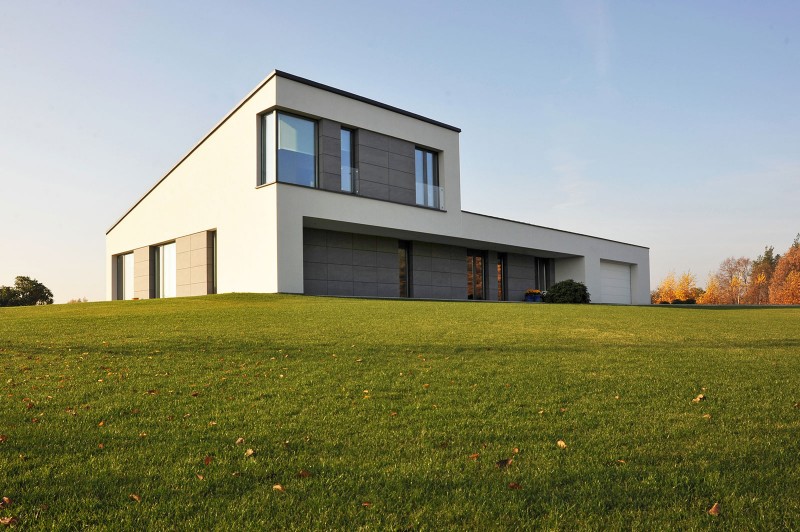 House in Jozefow by ZAG Architekci:

“The design of the building was influenced by spatial conditions of the terrain. From the central and at the same time the highest point of a two-hectare plot there is a beautiful view over the Lodz Hills Landscape Park. Therefore it was clear that the house had to be located in this very spot. It is worth highlighting that our clients were very aware investors, who travelled a lot and were sensitive to the beauty of architecture. They valued simplicity, functionality and they knew perfectly well what to expect of their future home. They wanted a living space with large windows and a southern exposure and a night zone oriented to the east, so that the sun beams would lighten up the house from early hours of the morning.
Taking into account the investor’s suggestions, we came up with a simple form laid out on the plan of a prolonged rectangle, covered with a gable roof, which in one-third of the length of the building changes into a pent roof, creating a small usable garret.

There are two loggias running along the longer elevations of the building. From the northern side they create a canopy over the entrance and from the southern side they provide some shade over the terrace. In summer the loggias give the house the much wanted shadow, while in winter, when the sun is low, they do not prevent the light from entering the house.

The alcoves of the loggias are covered with graphite elevation slabs, and are contrasting with the remaining white plastered walls of the building. They also impart the body of the house a dynamic form and highlight its horizontal features.
The elevation is dominated by horizontal set of lines, which nicely corresponds to the surrounding landscape of fields and meadows. The lack of eaves and introduction of submerged roof drains helped to create a minimalistic and even ascetic form of the building.

In the development of the functional arrangement of the interior the key elements were the views from the windows and a good sun exposure. The whole day zone, including the living room, the dining room and the kitchen, was designed as a single space opening with large picture windows to the south, over a spacious terrace and a beautiful view. The night zone, that is the bedroom with a bathroom and the dressing room are located in the eastern part of the building. The rooms in the northern part: the study, the laundry room, a bathroom and two guest rooms upstairs do not need to be so brightly lit.

The interior of the house does not follow the minimalistic form of the exterior. It is rather cosy and snug thanks to its bright wooden floors, diffused light and colourful elements, such as a red carpet or patterned cushions. The introduction of classic designer elements gave the whole space a unique character.”

Fernando Abellanas Designed a Small Studio Hidden Under a Bridge in the City of Valencia, Spain