Casa Calero is located in México City, México, and was designed by DCPP arquitectos. 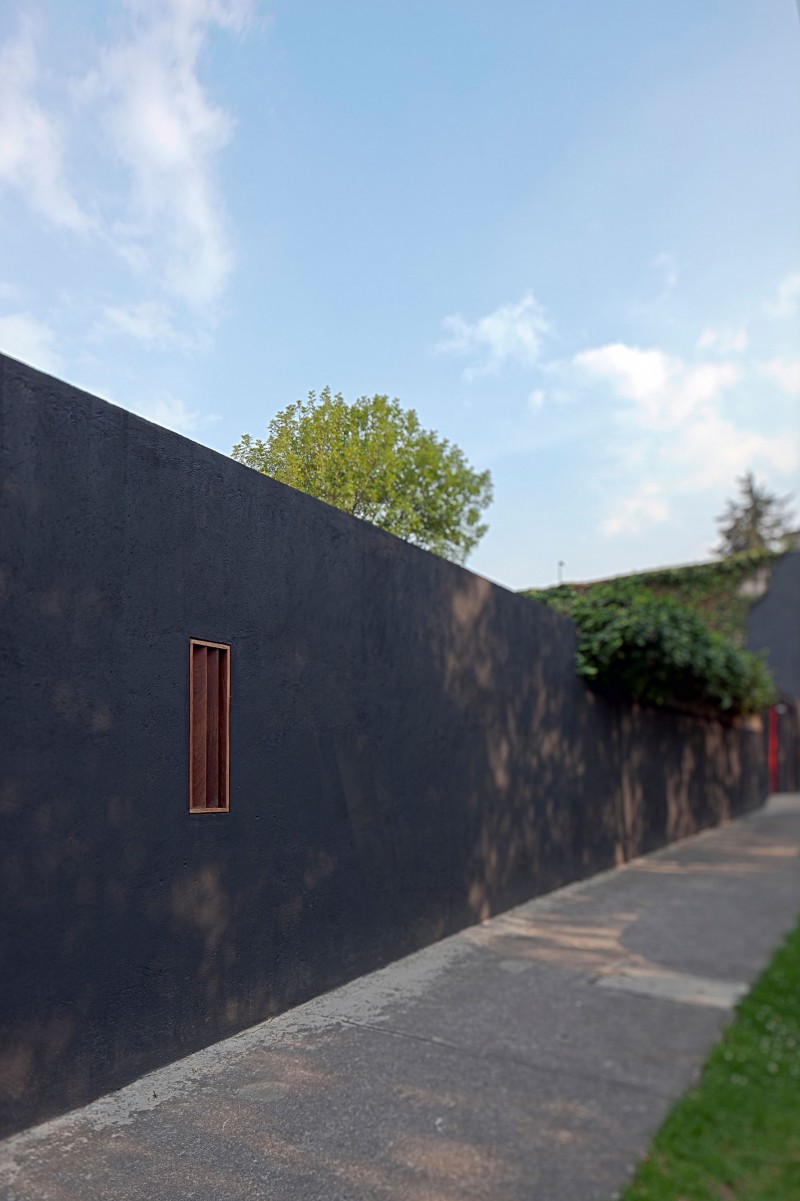 “Calero is a residential project located in San Angel, in the south of Mexico City. The plot had an existing construction made out of brick and tile, which had to be respected. The new proposal had to be solved with the minimum materials, minimum cost, and the minimum elements.

The project was conceived under the premise of reusing the necessary elements to materialize an architectural construction, in this case the centering wood. The remainder material becomes the construction itself and is treated and used with honesty, it is reused but not modified.

The project was solved parting from the waste material of a construction to create a habitable space. The remainder materials become the main elements in this construction.

It is the material the one that defines the dimensions, structure and finish machining of the project. A dual concept is achieved where the material is used as it is obtained without covering it or hiding it, showing it in the most honest way. At the same time a recycling conscience is generated making this construction sustainable in all aspects, not only in ecological terms but also social and theoretical.

The centering wood that was used in other constructions occupies in Calero a central place in aesthetical and structural terms; becoming floor, wall, column, beam, lattice.

The roof is created by a multipanel sheet for its light and economic character. Its performance was improved by using cardboard tubes for thermal and acoustic insulation. These cardboard tubes were obtained from a cloth store, being also recycled material.

We decided to use a construction method without using concrete, making the most possible in workshops and assembling in situ, with the purpose of reducing costs. All of this resulted in a construction with a cost of approximately 25% of a conventional construction.”