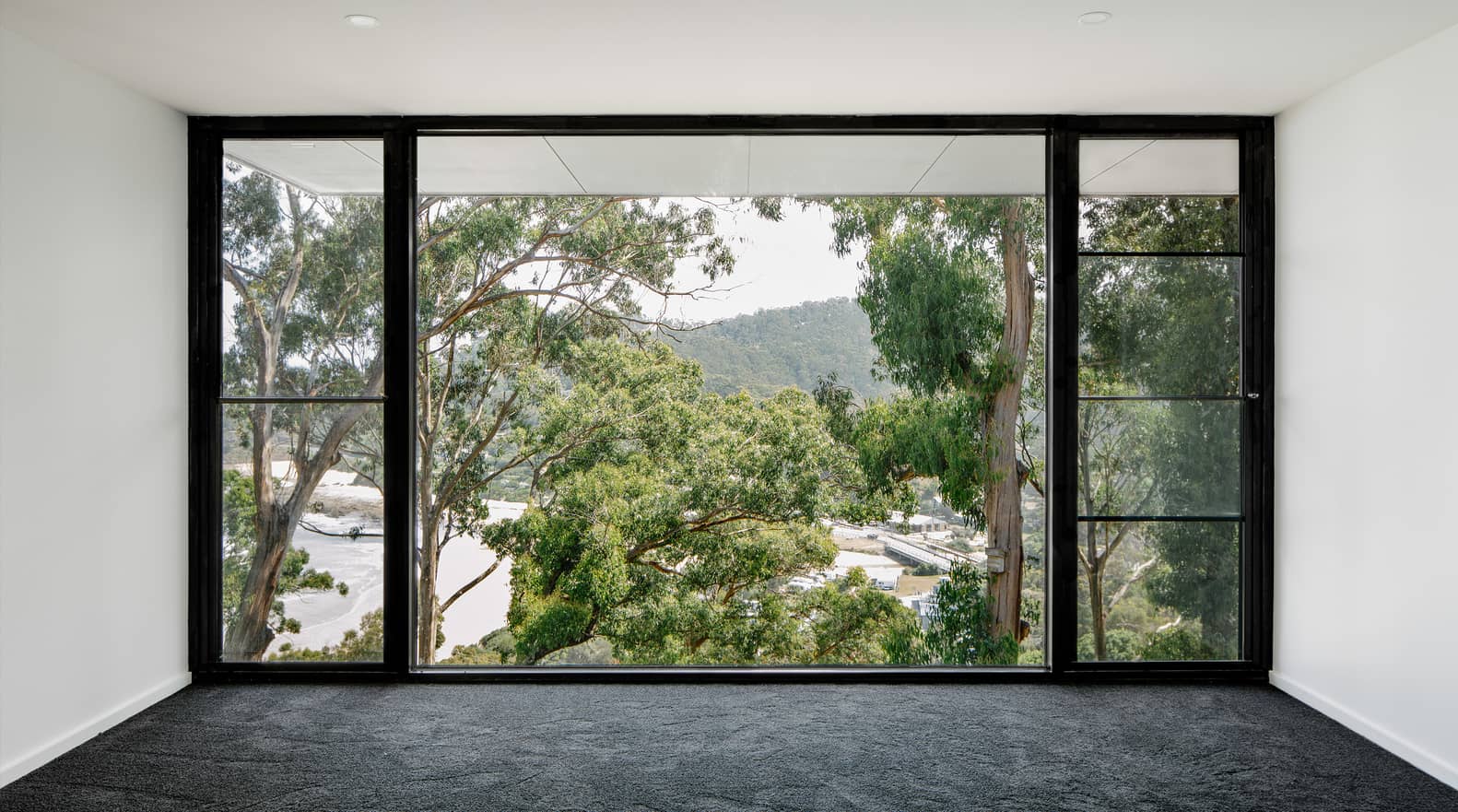 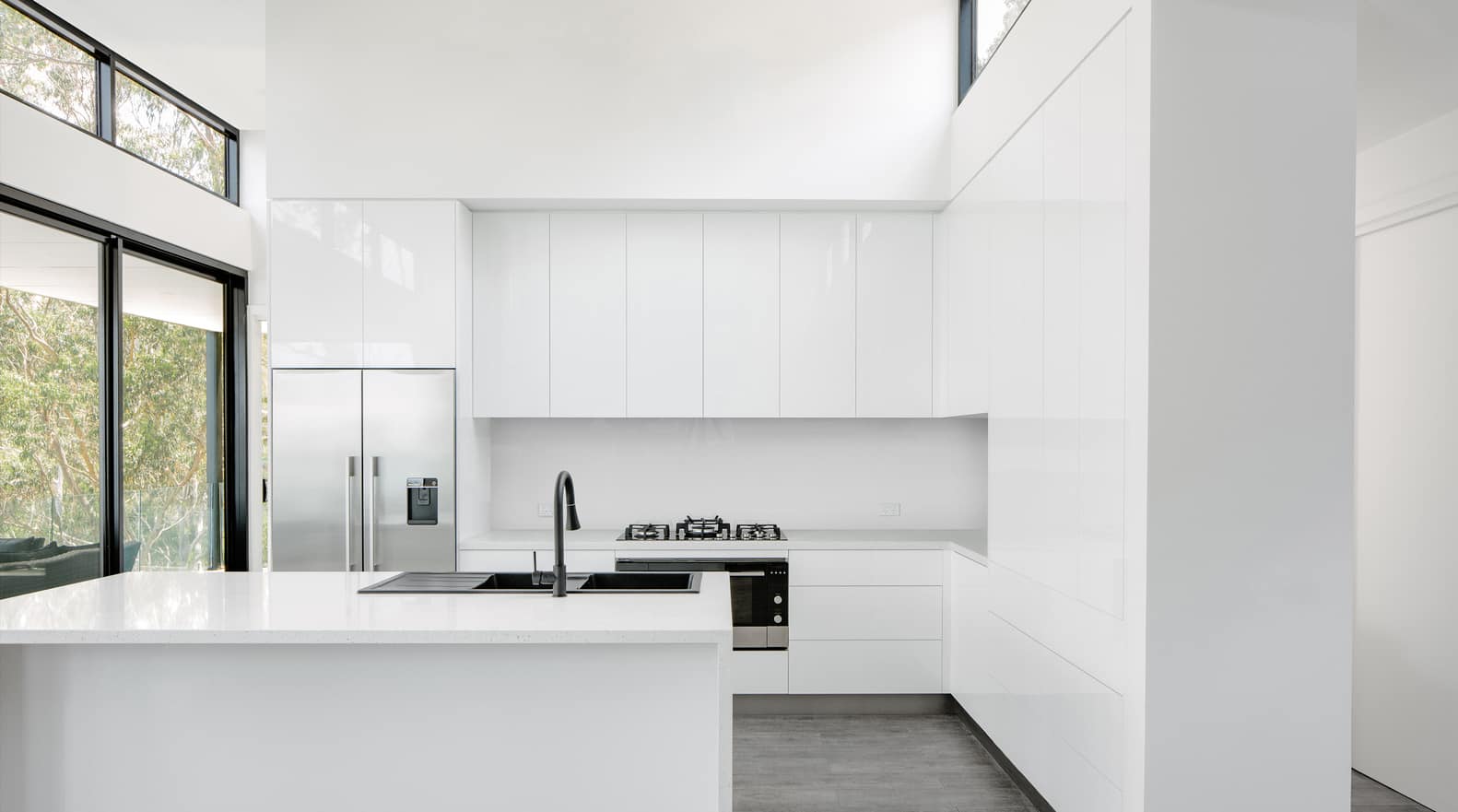 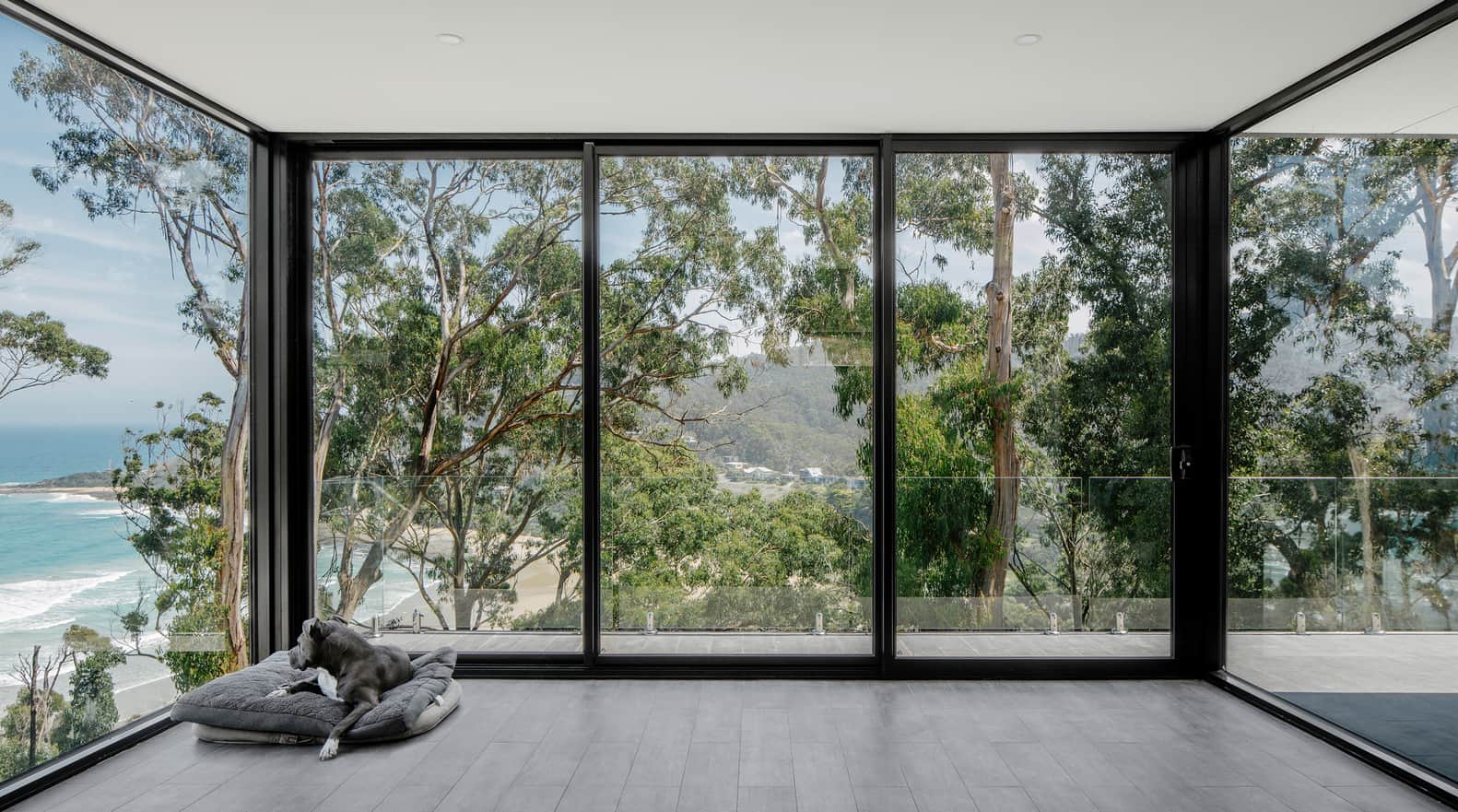 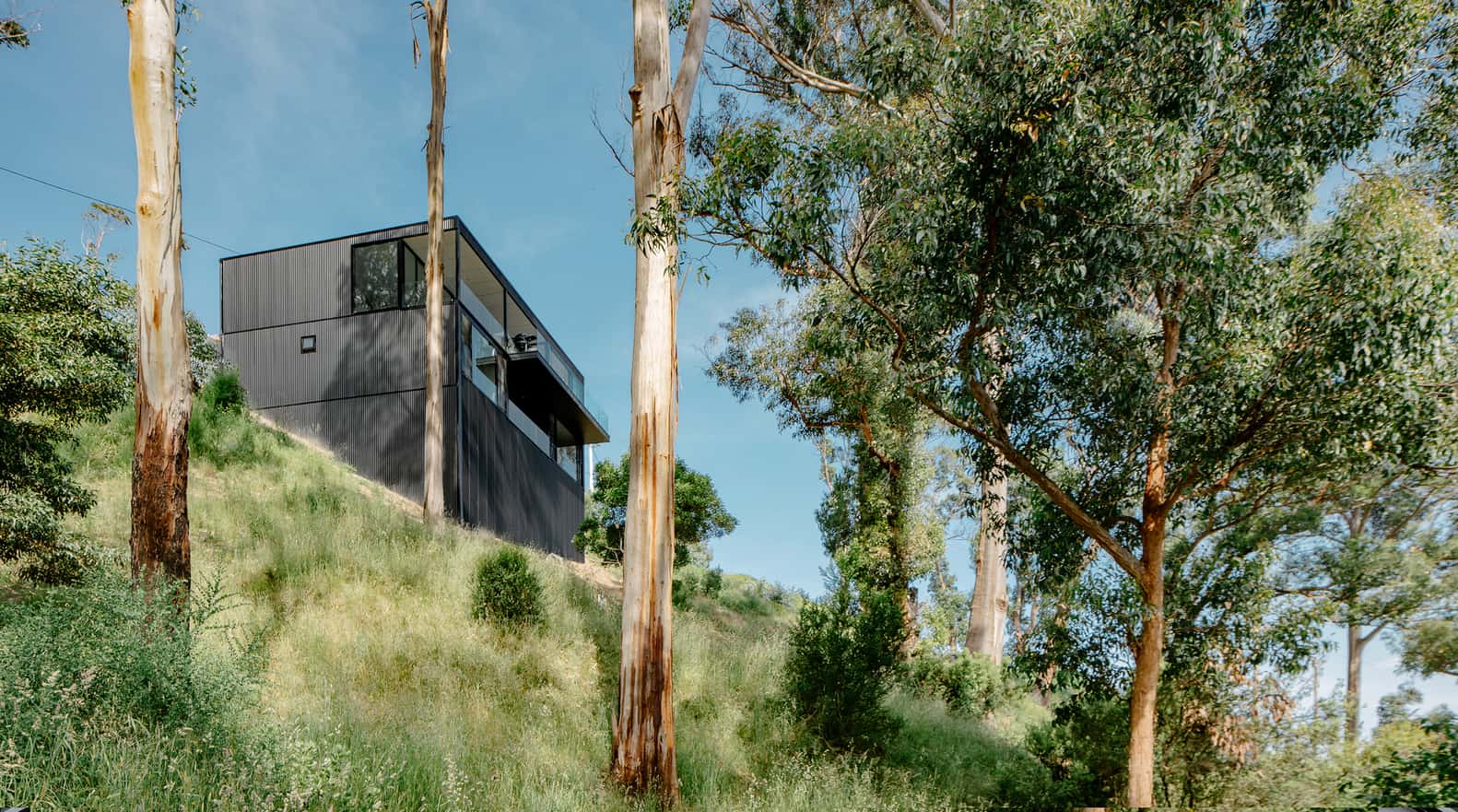 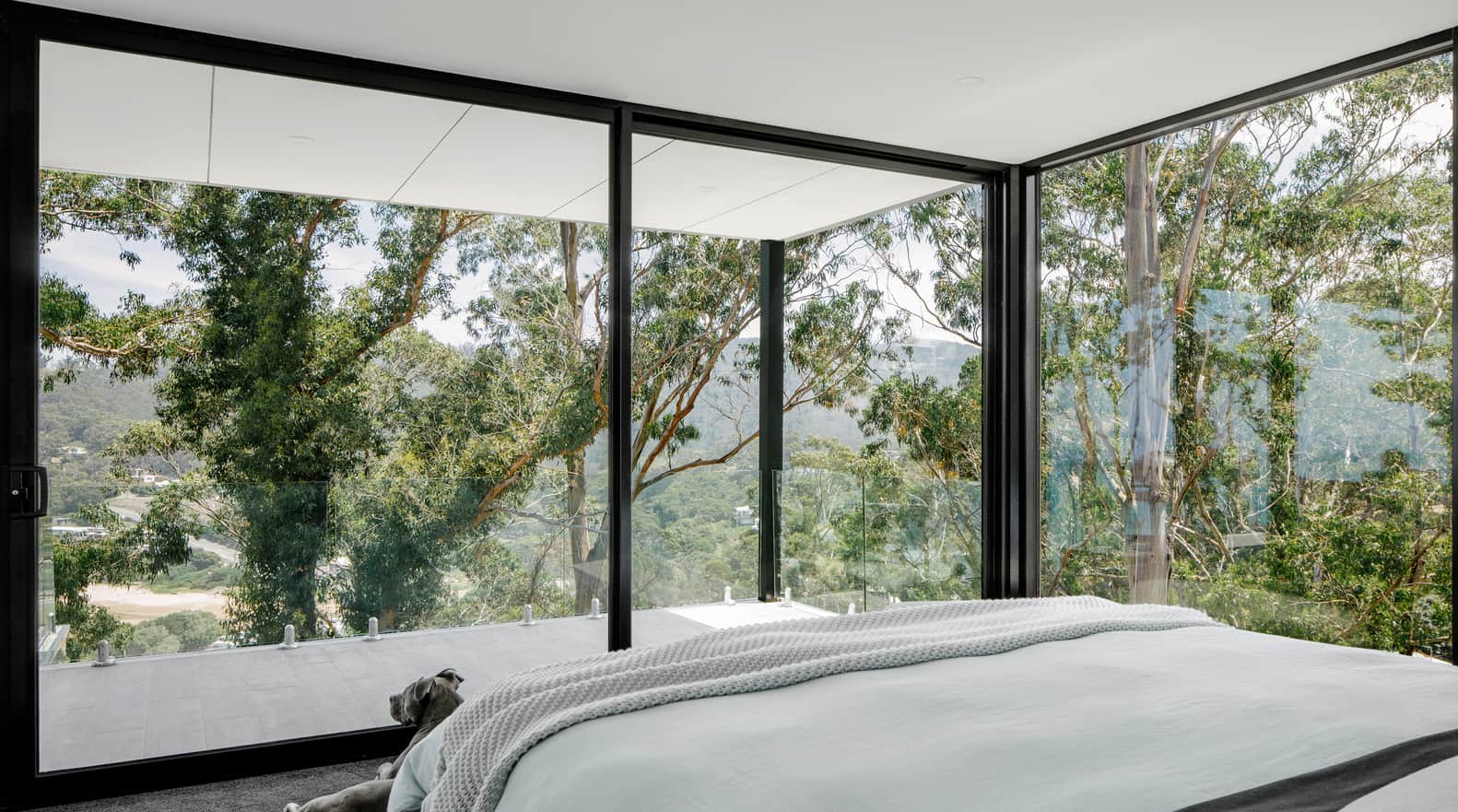 Located right along the river that gives it its name, the Wye River house in Australia was recently completed by design teams at MGAO to give owners unparalleled views and the brightest of naturally lit home spaces.

This particular house actually arose out of some misfortunate originally. In 2015, a bushfire became beyond control on Christmas day and swept through the little township of Wye River, leaving great damage in its wake. Over 100 homes were lost entirely and various social and housing projects have happened in the years since to replace the damaged dwellings for those families.

The Wye River house is one of those replacement projects! It is located on a plot of land that slopes quite steeply, giving it a dramatic view of the Bass Straight. Fro, below, the house looks as though it’s perched lightly on the hillside, standing tall amongst the greenery of the brush that is still growing back where a canopy of trees once stood before the fire.

In order to give it some locally referenced character and style, designers chose to model this house after the typical beach shacks that were dotted so consistently along the coastline in the area in the 1960s and 70s. This explains the boxy shape and modest material choices, and the repetition of this inspiration in other homes applies that same aesthetic to much of the village.

Besides its basic rectangular shape, the most direct references this house bears to its beach shack forefathers come in the form of the Skillion rook and the several cantilevered balconies. The way that the external cladding, which gives the house that warmly dark facade and makes it stand out against the countryside, is also an influence. This makes the building look monolithic, just like the beach shack towers it was modelled after.

Perhaps this exterior cladding and the clearly high quality glazing in the floor to ceiling windows are the most modern aspects of the Wye River house. These windows let the area’s high amounts of gorgeous natural sunlight flood into each room, practically lighting each corner, giving the interior a wide open and comforting feel and letting the greenery outside appear as though it’s part of each space.

The way the greenery and the ocean are framed by the windows was actually a very important priority to designers. After all, these trees are something the locals fought extremely hard to save, preserve, and revive during and after the devastating fire. It’s only fitting that they get their moment to shine each and every day.

In contrast with the dark exterior of the house, most of the indoor spaces are incredibly clean, bright, and near flawless looking. This, in combination with the windows, helps the space feel limitless and even bigger than its generous square footage actually is.