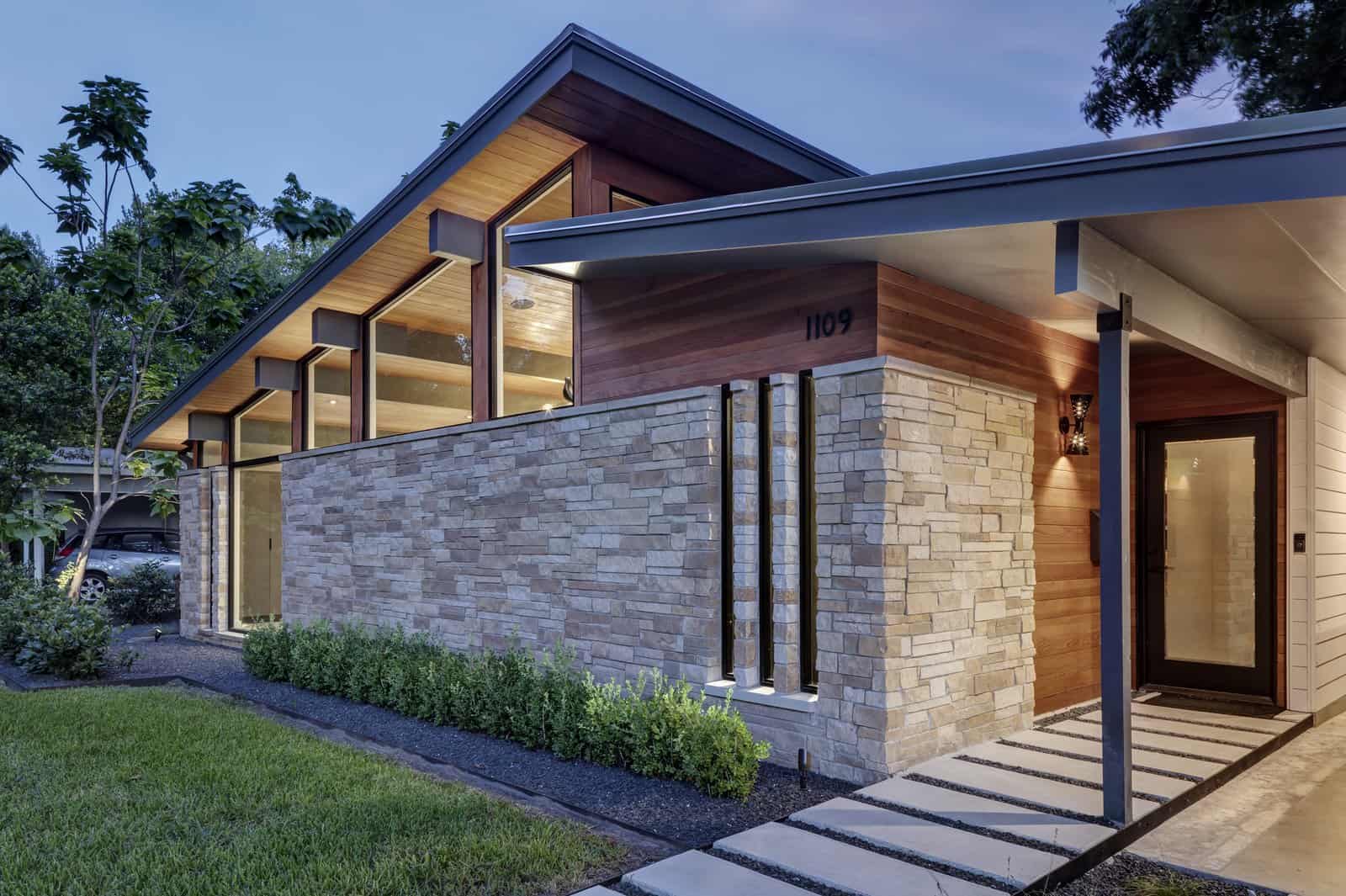 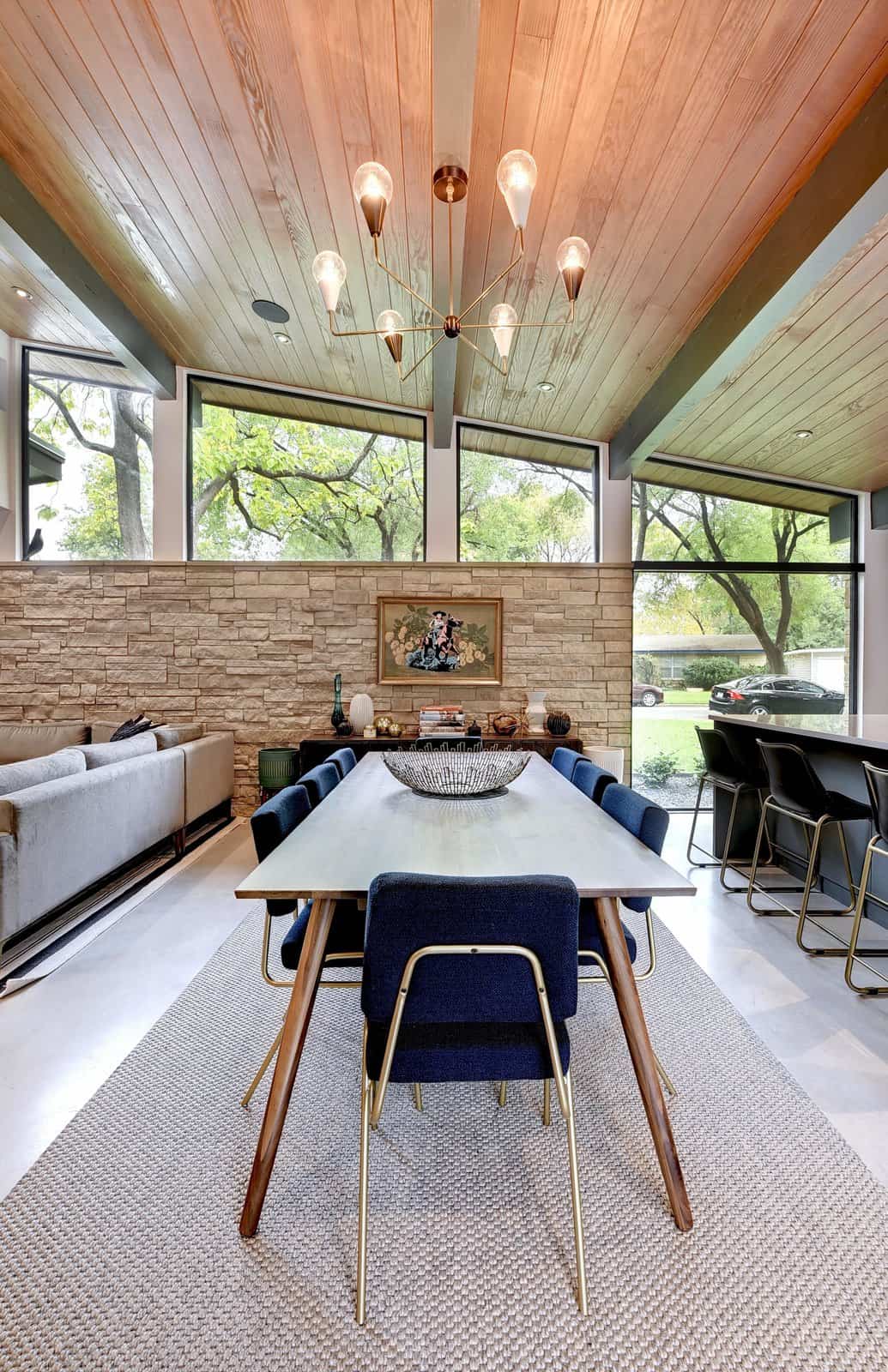 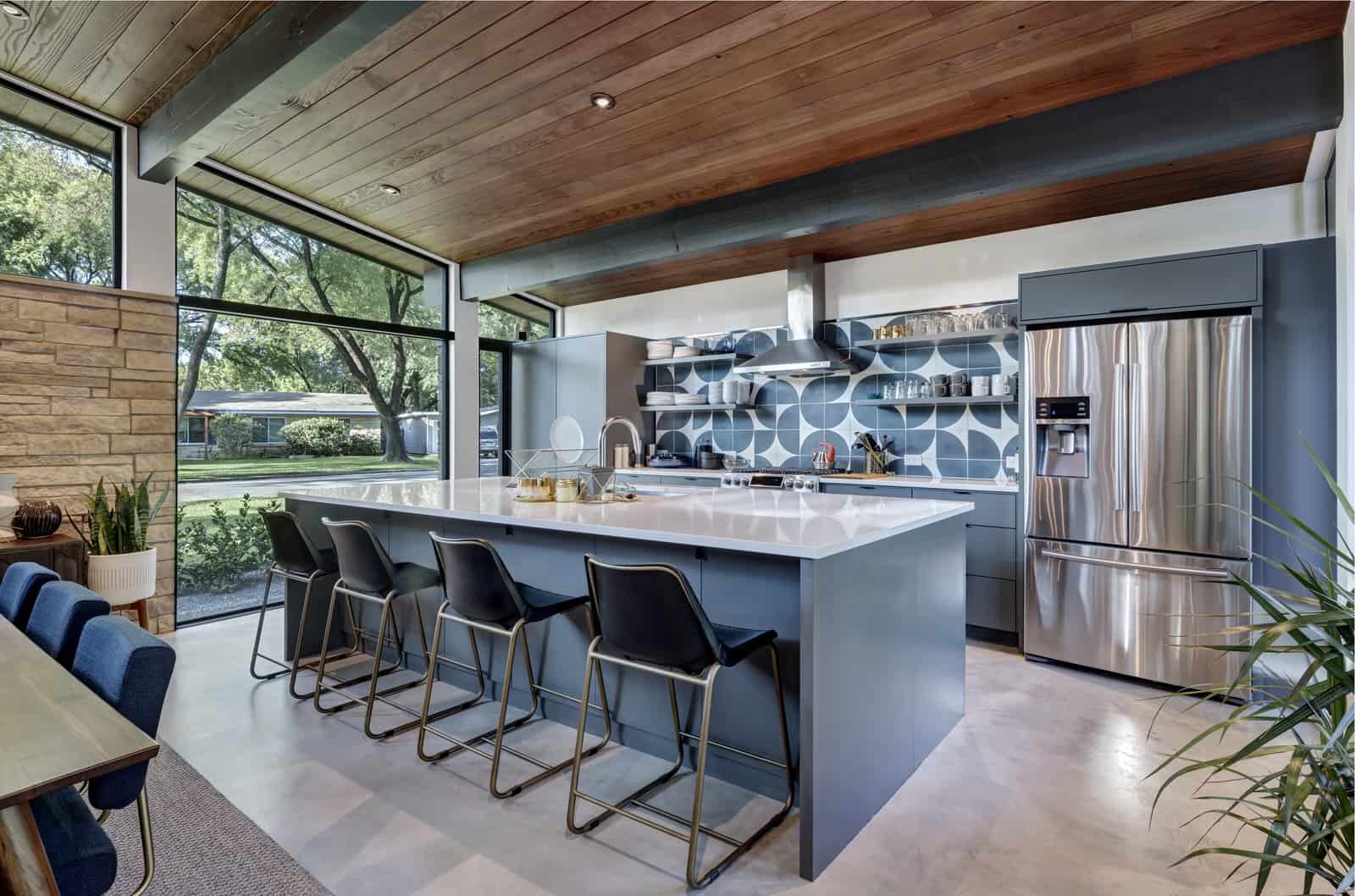 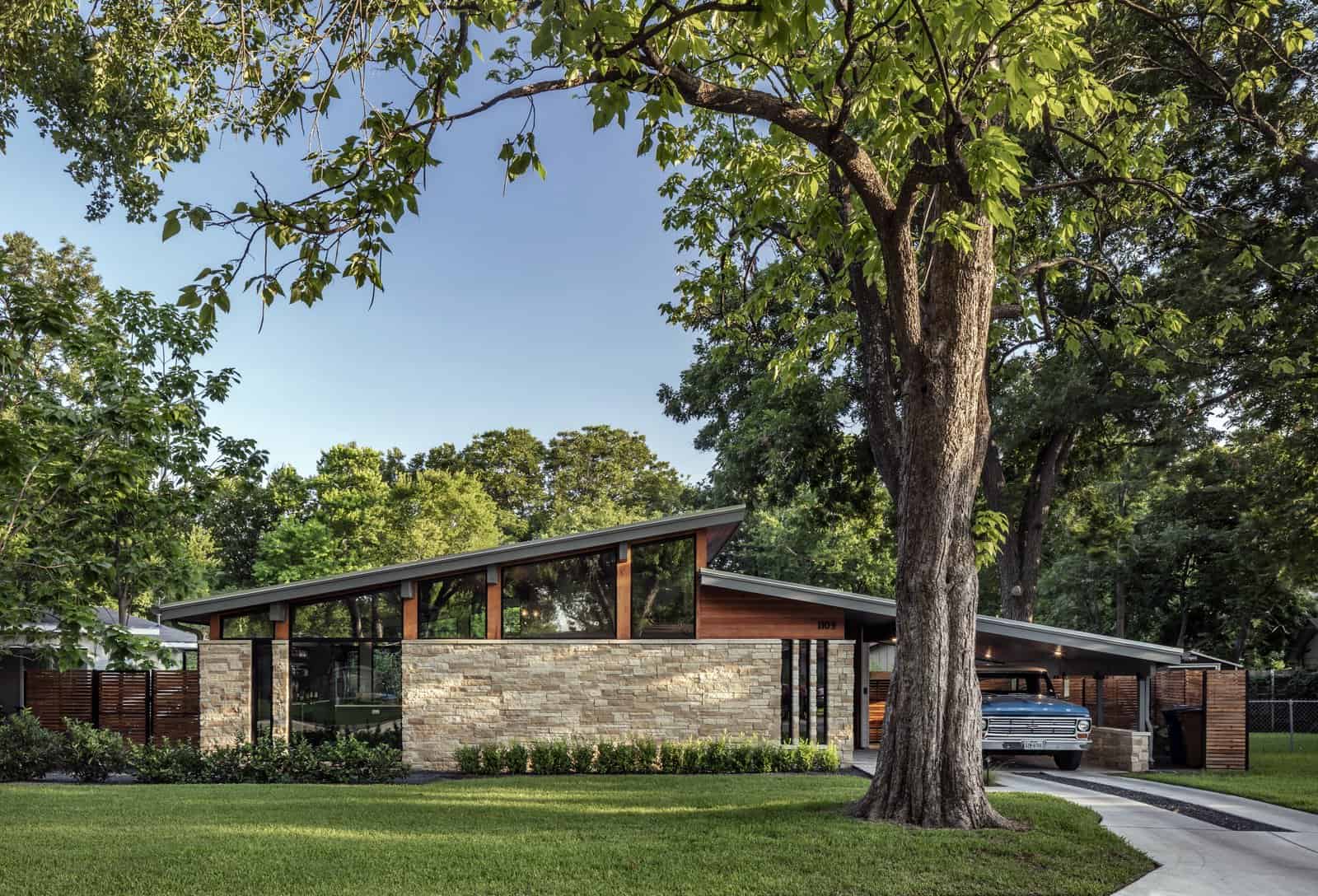 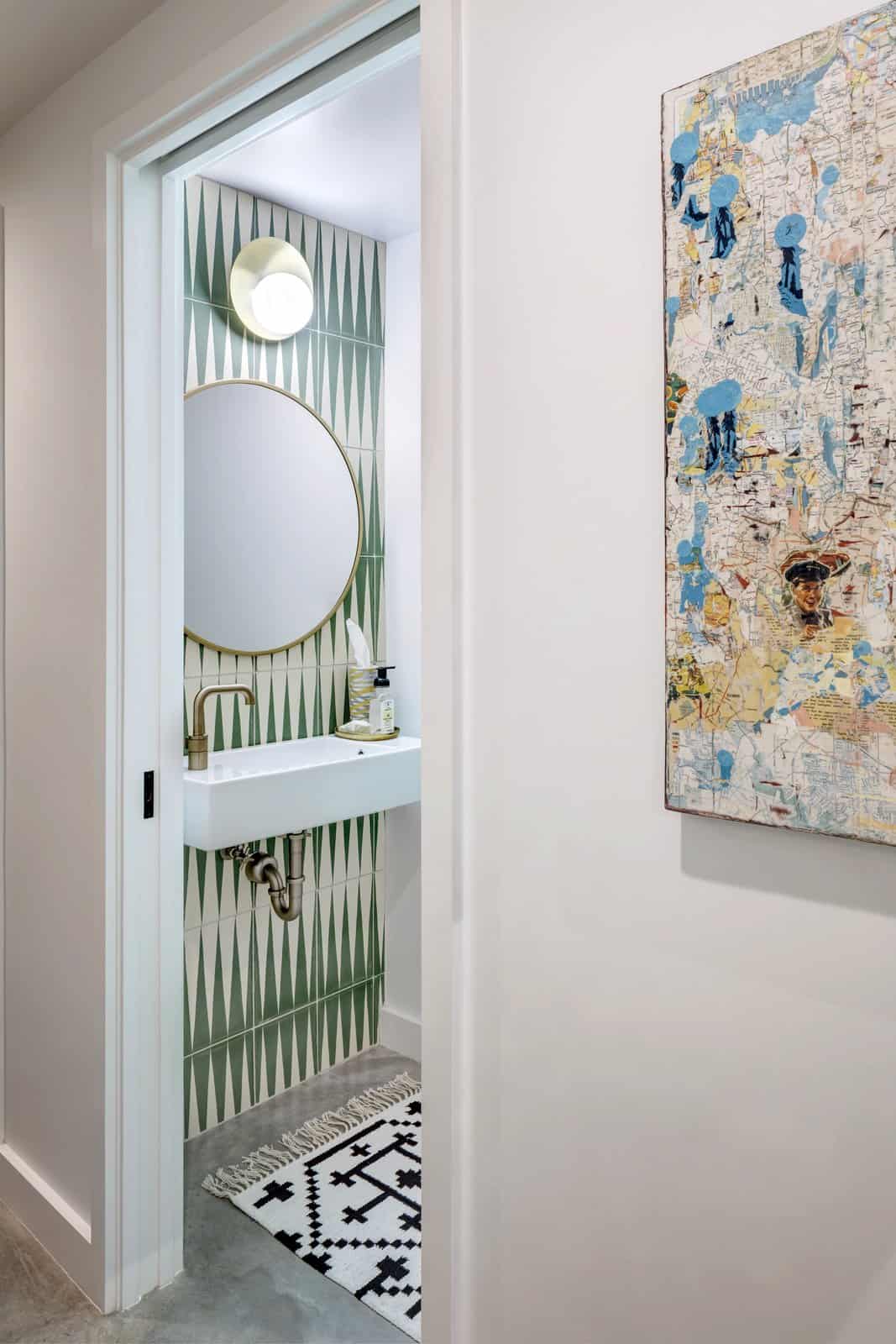 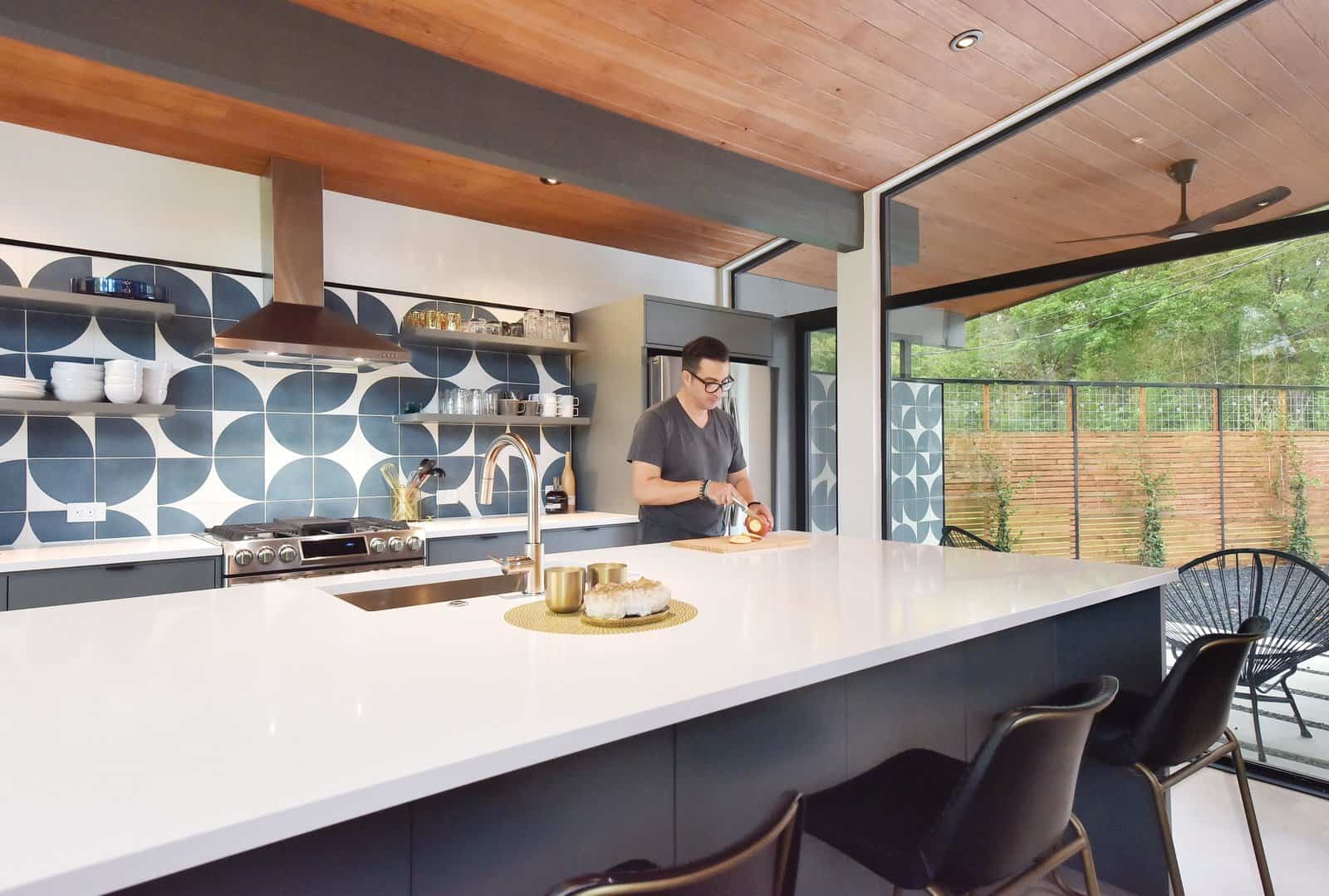 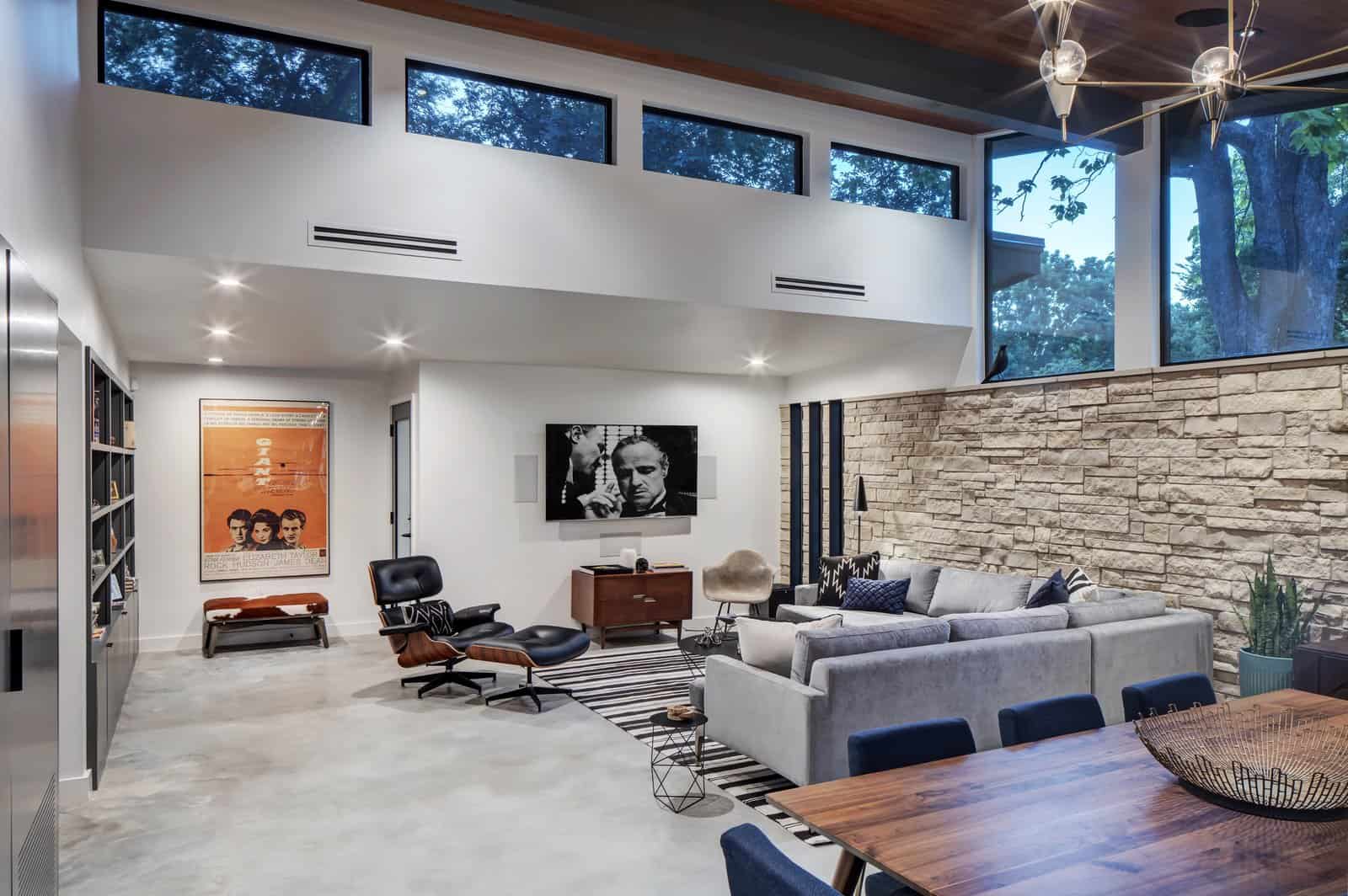 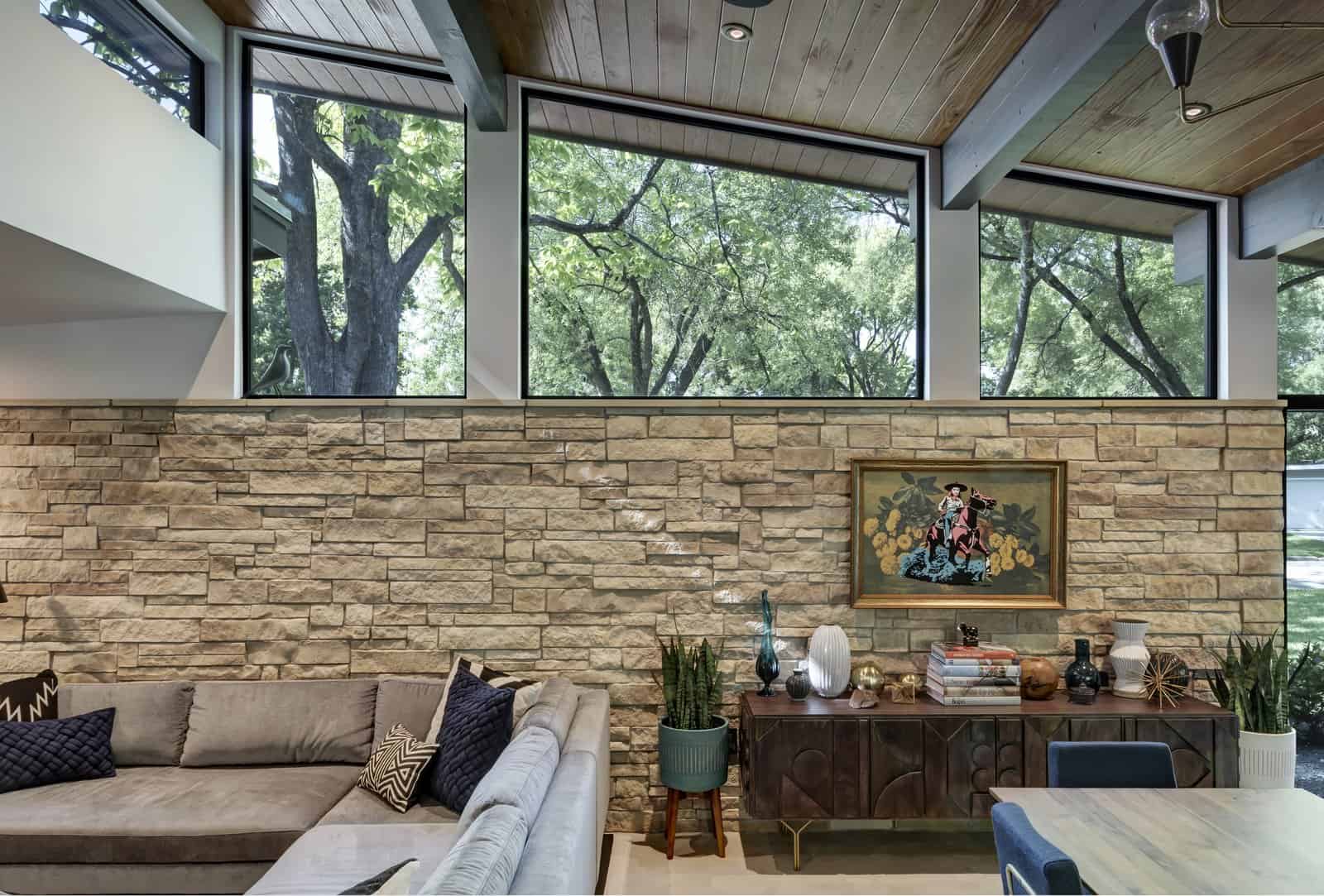 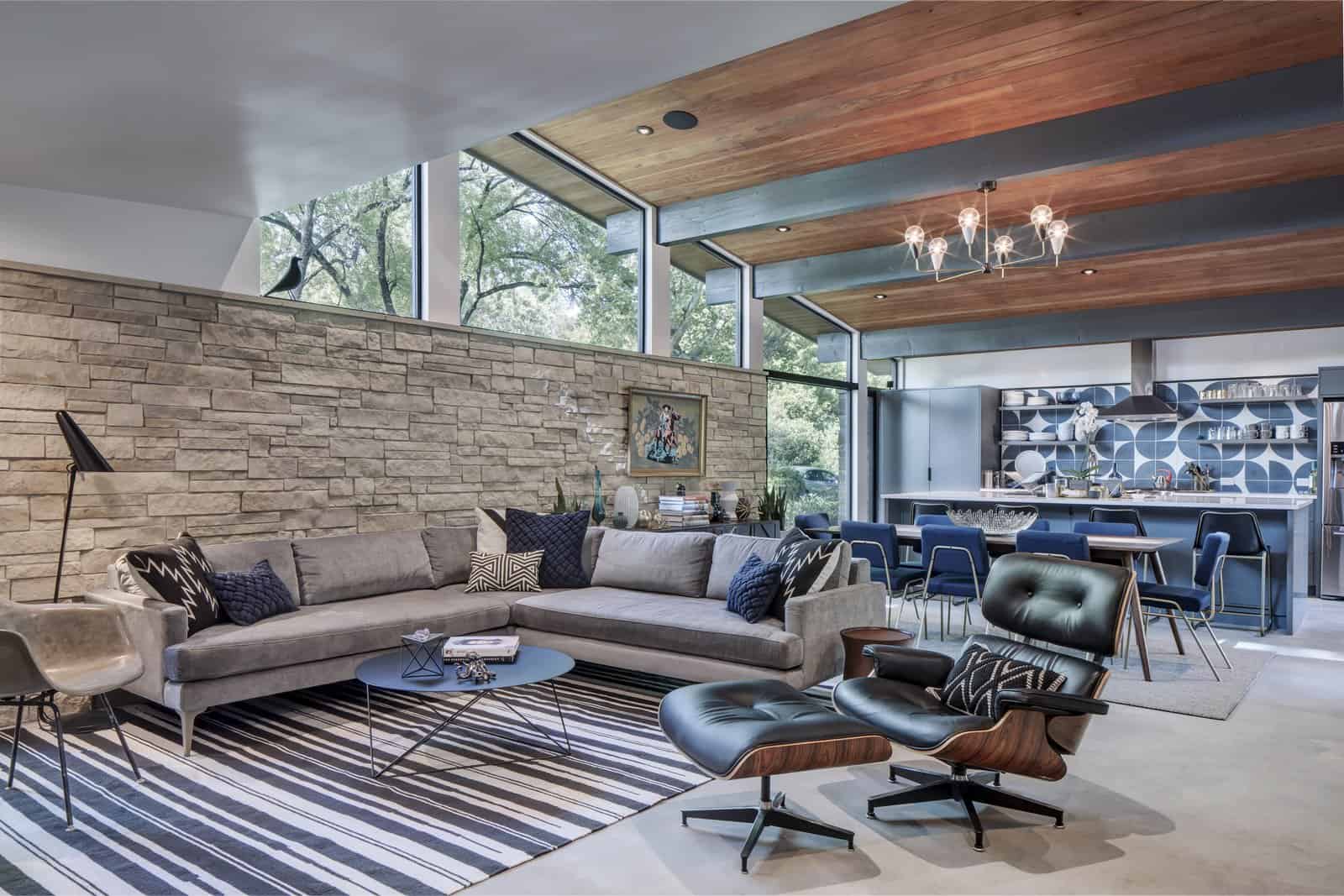 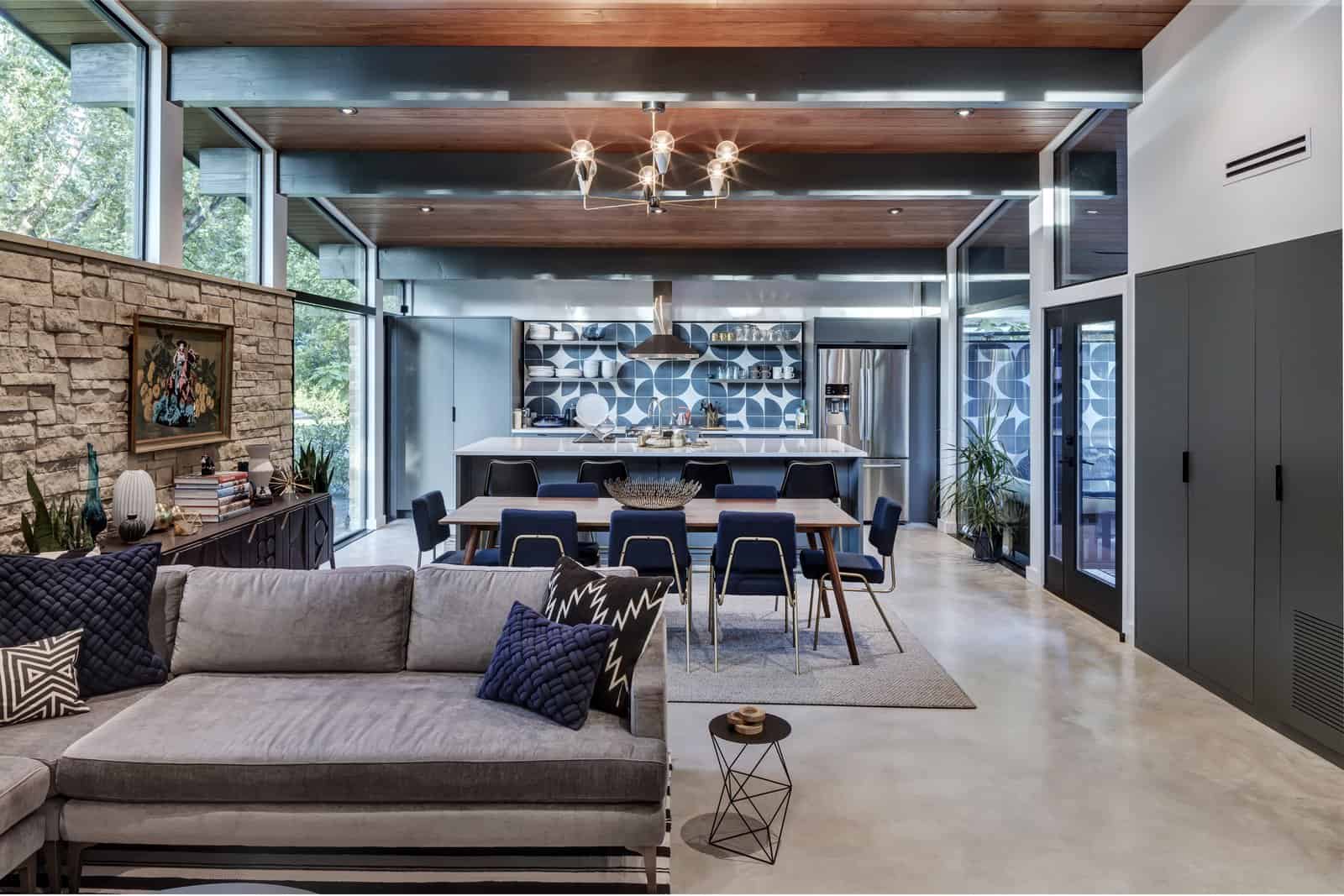 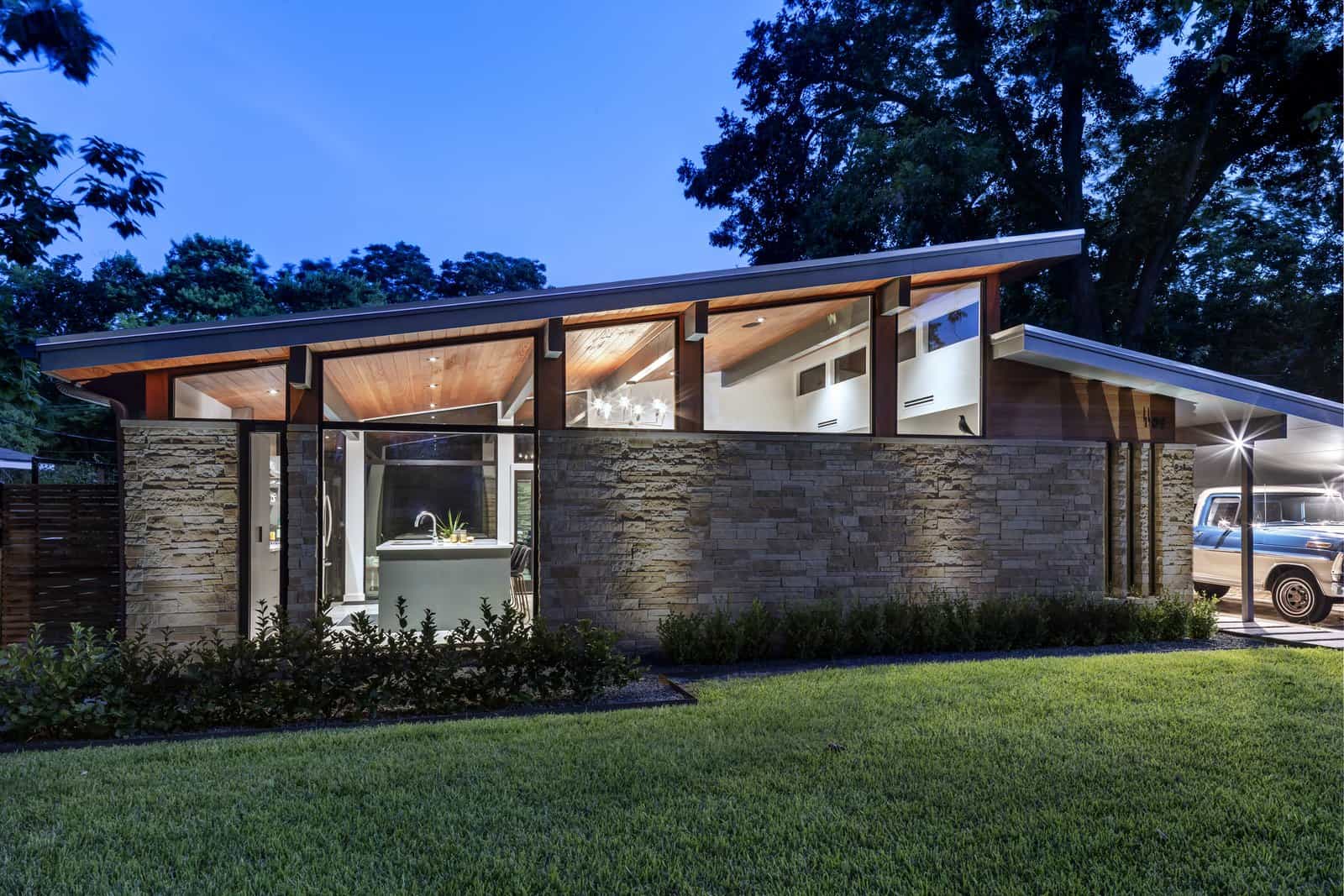 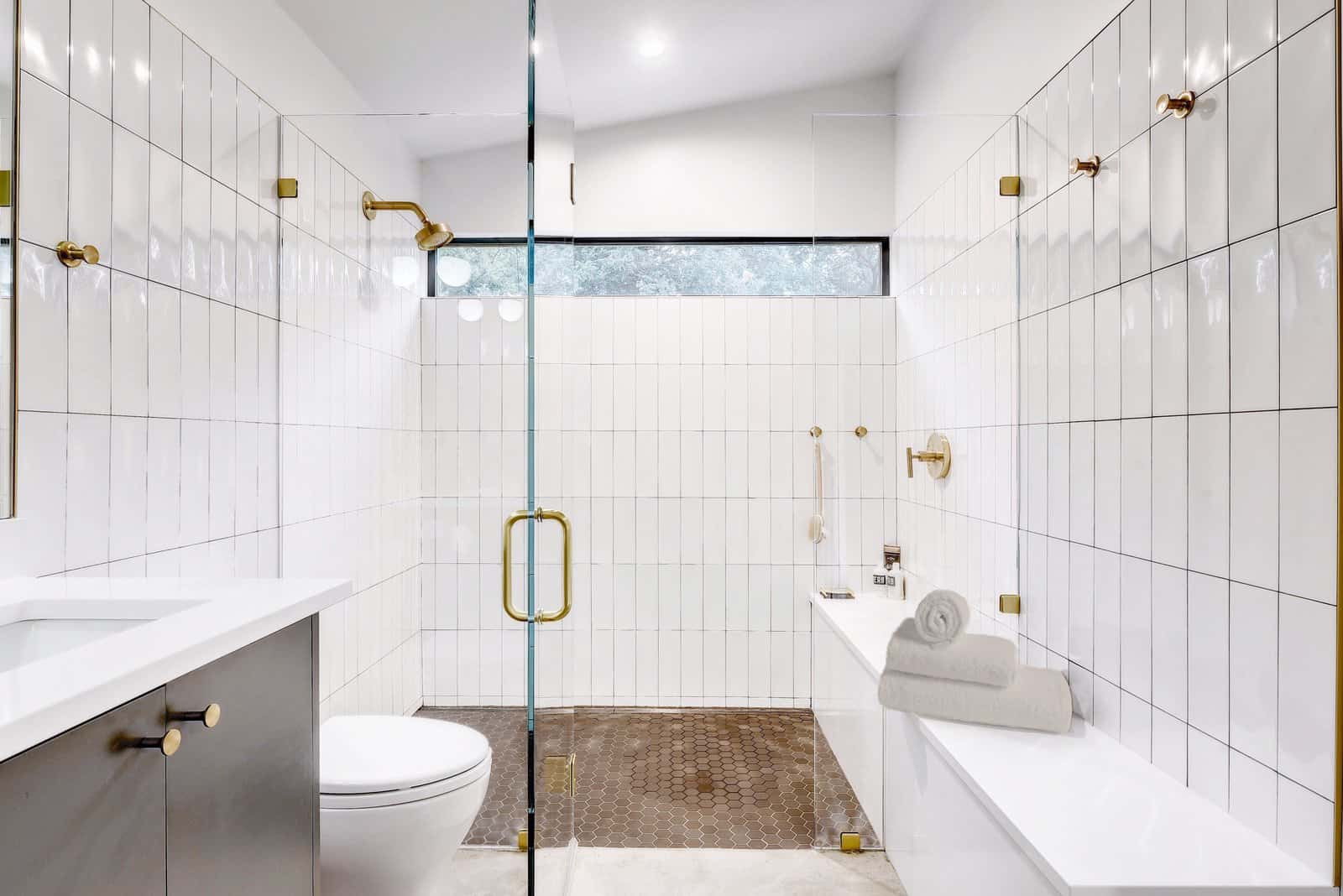 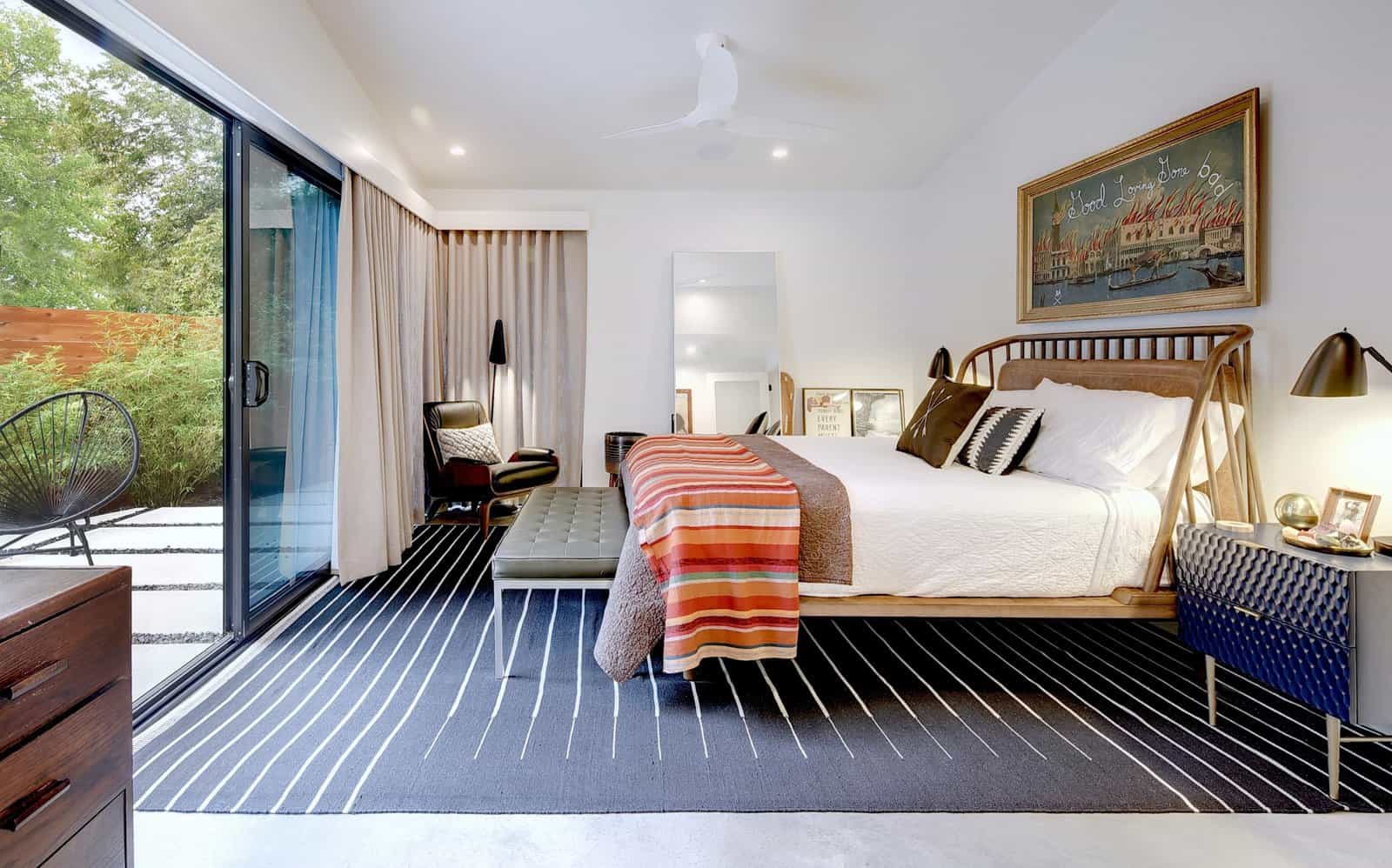 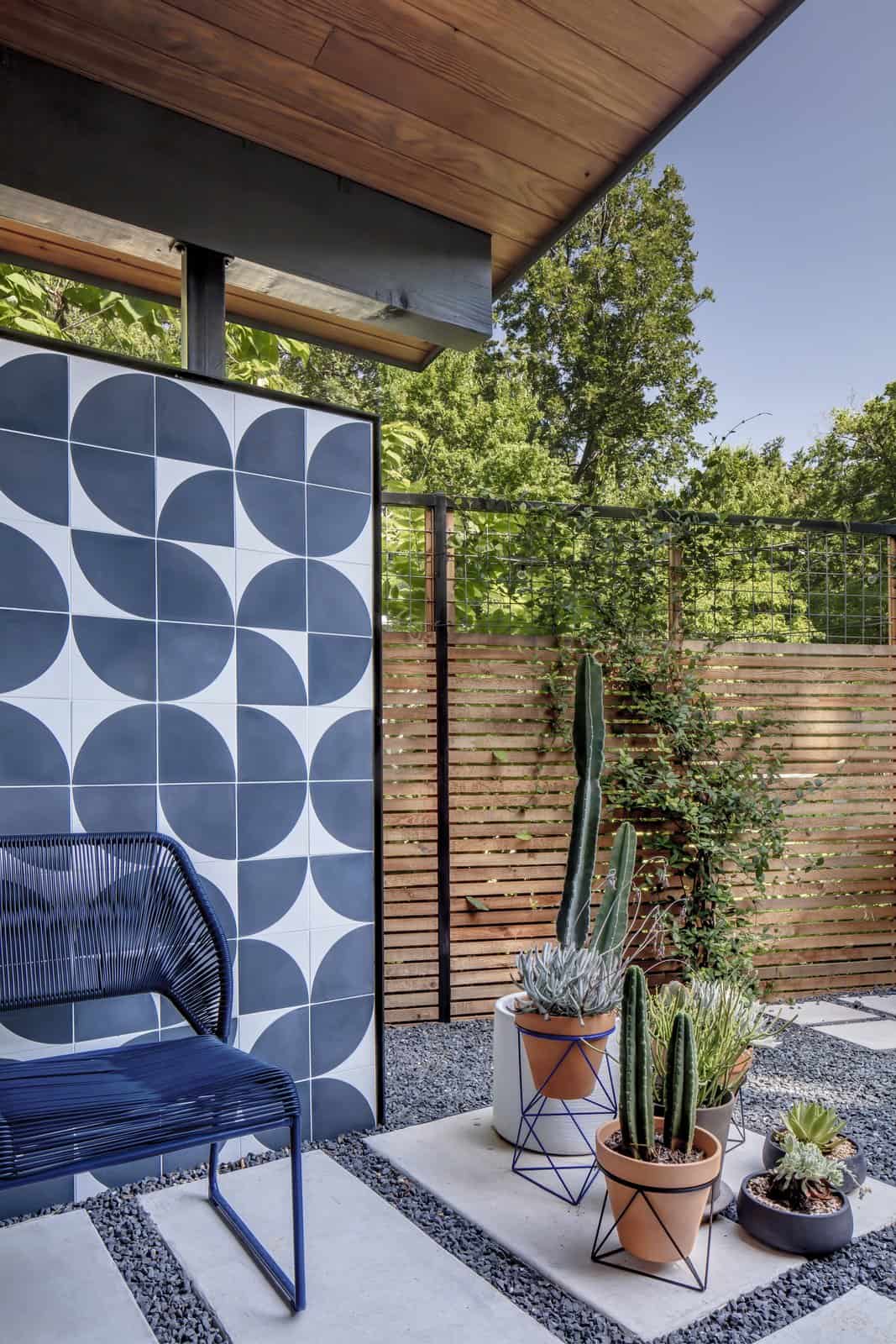 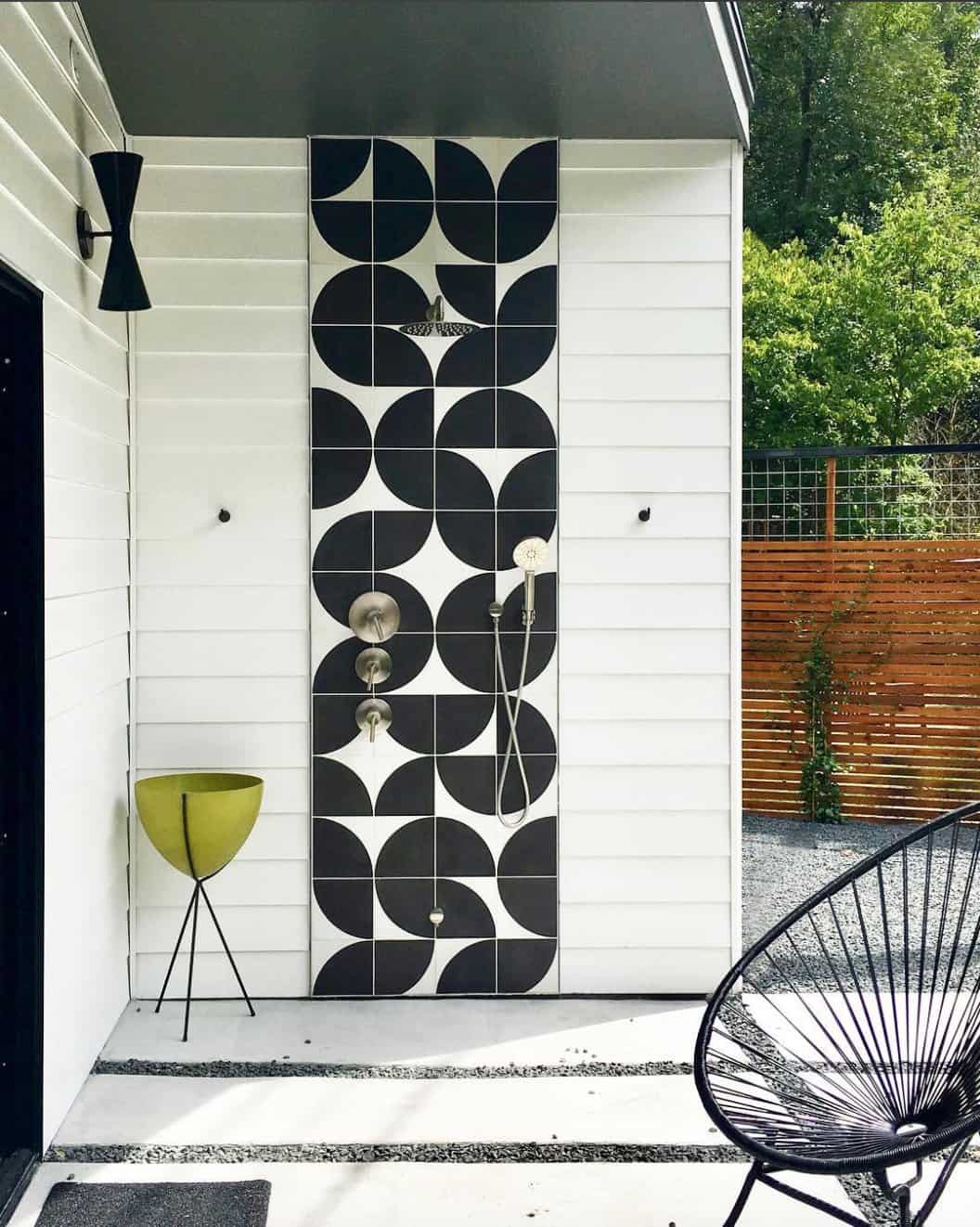 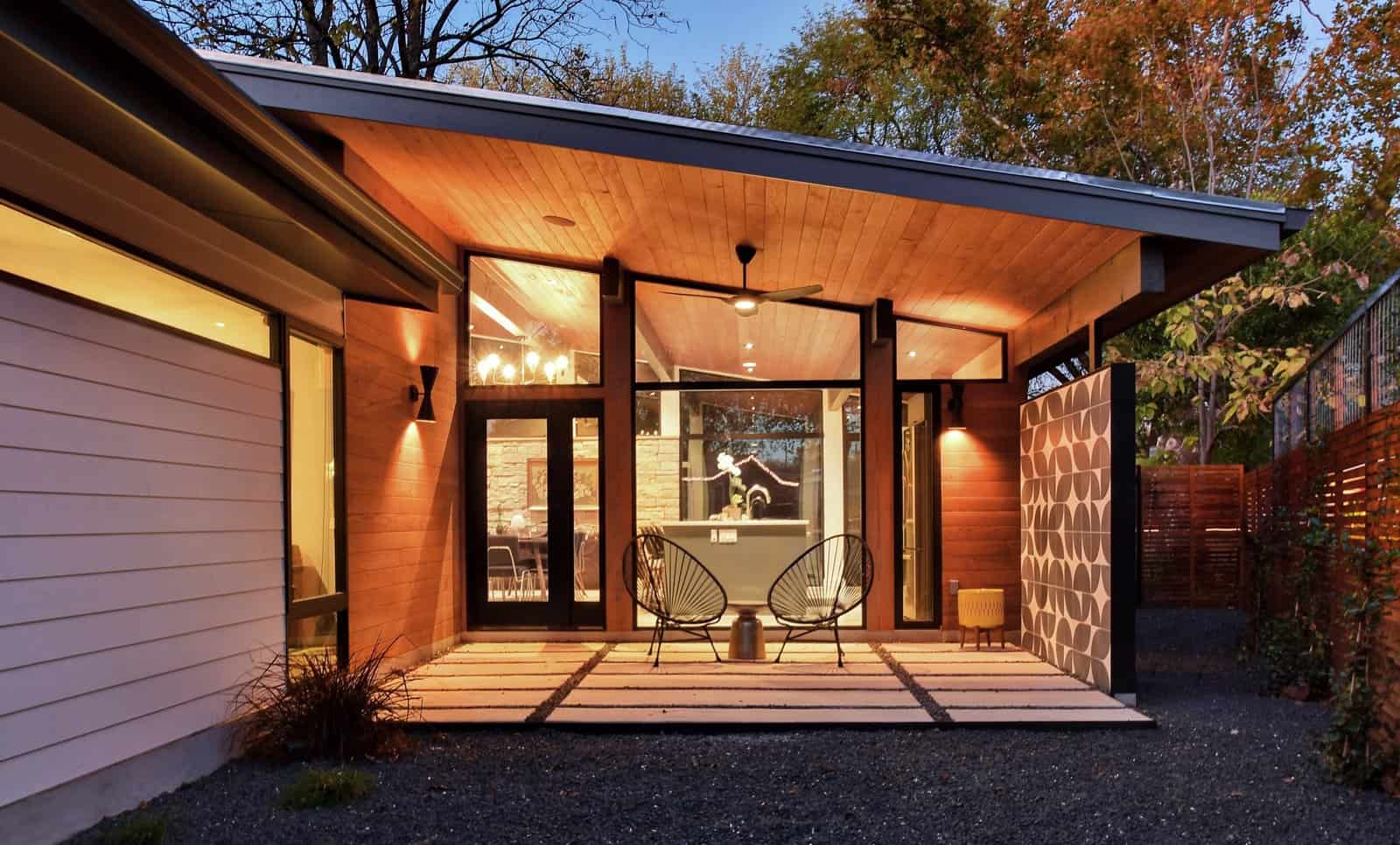 Re-Open House is a recent transformation project planned and completed by Matt Fajkus Architecture. Located in Austin, Texas, this dwelling harnesses all the retro style of the original home but gives owners an updated structure to enjoy with increased comfort.

During this transformation, designers prioritized several things. First, they made sure the house would get plenty of natural light no matter what room you’re in. Next, they strove to use simple materials that would provide lots of style with minimal cost and ecological impact. Finally, they aimed to created a free flowing space where guests and family members could move seamlessly between spaces without feeling cut off from one another.

At the same time as they wanted to update the house, designers sought to remodel the structure in a way that still preserved the original mid-century mod style it came with. They worked on an interior design scheme that had a slightly retro feel, while also adding features that established a direct connection with nature to offset city living.

In order to open the space up more than the original structure offered, builders raised the roof and knocked out some walls to unify social and common living spaces. This consolidated practical portions of the house used by all members of the family, making the spaces more positive to spend time in, but also letting private bedrooms become more desirable by establishing them as more of a haven than before.

Thought they raised the ceiling, designers did not change the unique angle it sits at. This point of the house remained the same as part of their efforts to preserve some of its original style. The sharp angle also gives the house a little bit of privacy from the street as it nestles behind its bordering trees and hedges.

In order to really drive home the connection to nature we mentioned earlier, designers also built several patios into different parts of the house. First they added some shared patios in the common areas of the house and then they included smaller patios behind sliding glass doors that extend off the bedrooms. This lets dwellers access nature close to where they sleep and enjoy private outdoor moments more easily if they wish.

Inside, wooden ceilings and piled stone walls bolster that sense of natural material used and the incorporation of the landscape. These materials were gathered a purchased locally. The overall decor scheme is kept light in vast colour palette but features several pops of colour in each room, letting those pieces stand out like mod accents. Occasionally, guests will find an entire accent wall as well, as in the kitchen and the guest bathroom, where a brightly coloured, mod patterned wallpaper draws the eye and reminds everyone that this house has a history in its list of influences.

A Total Remodel in Los Altos by Weaver Design Group