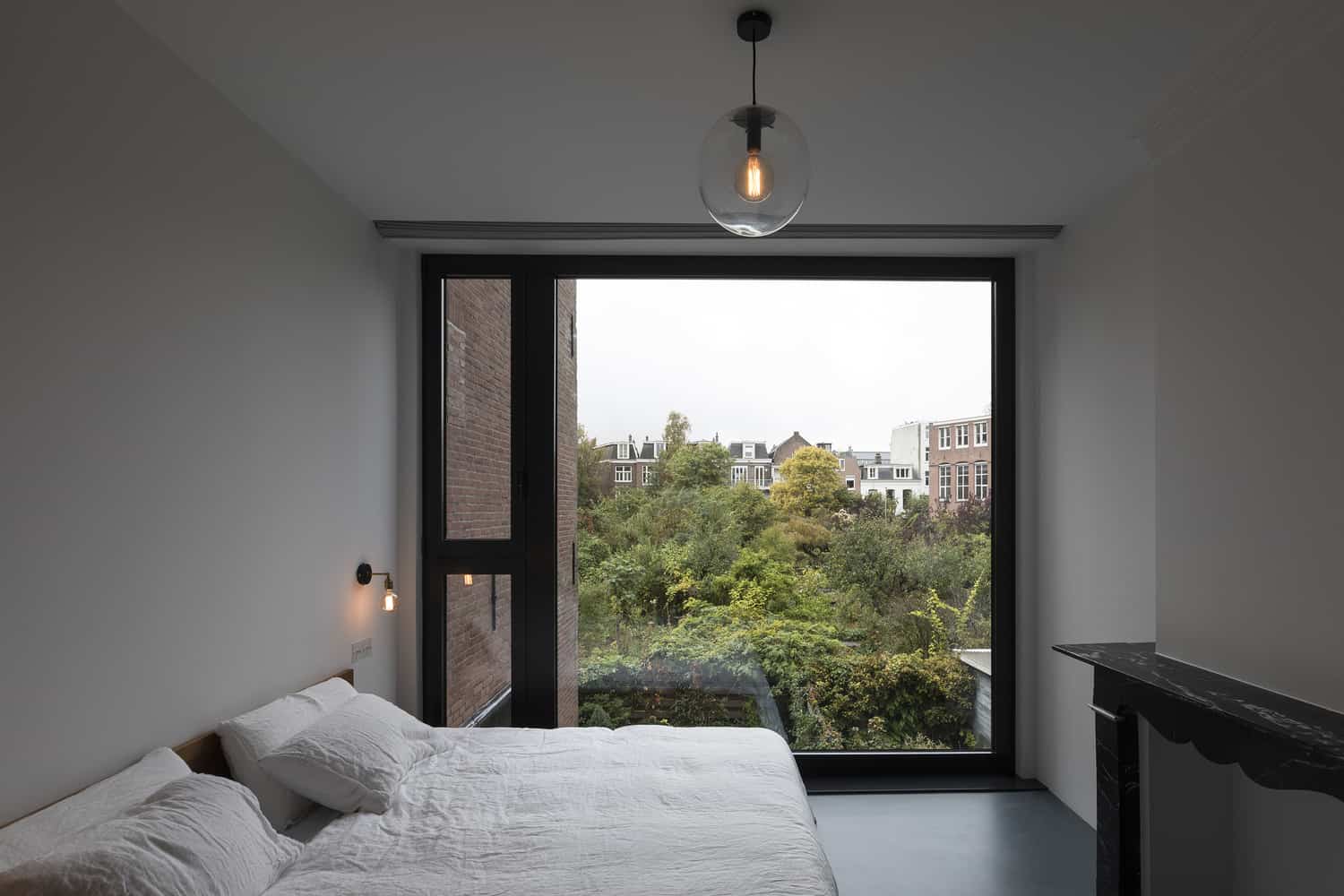 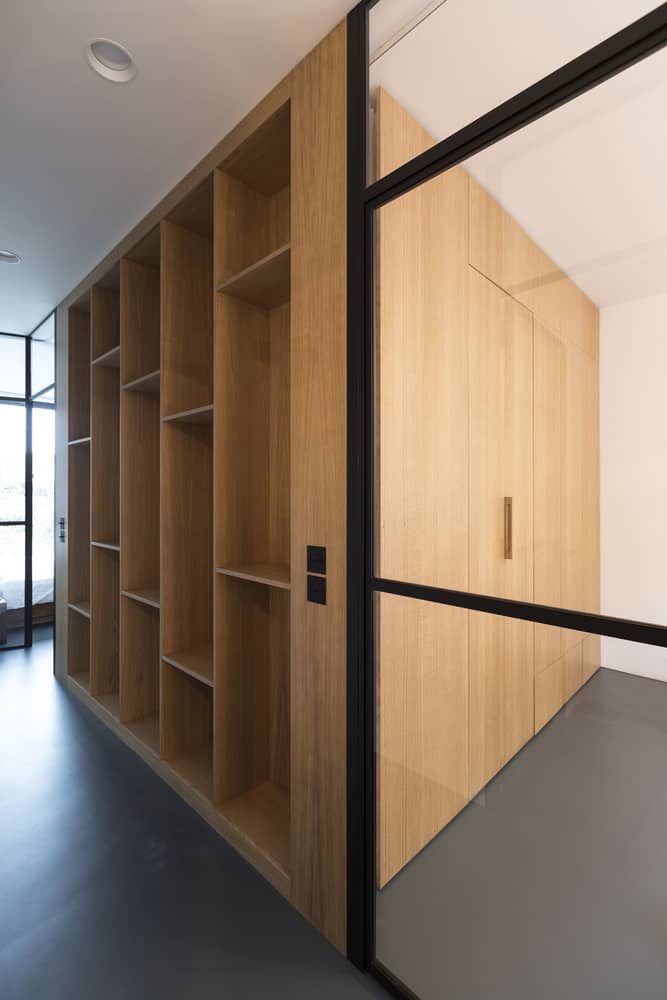 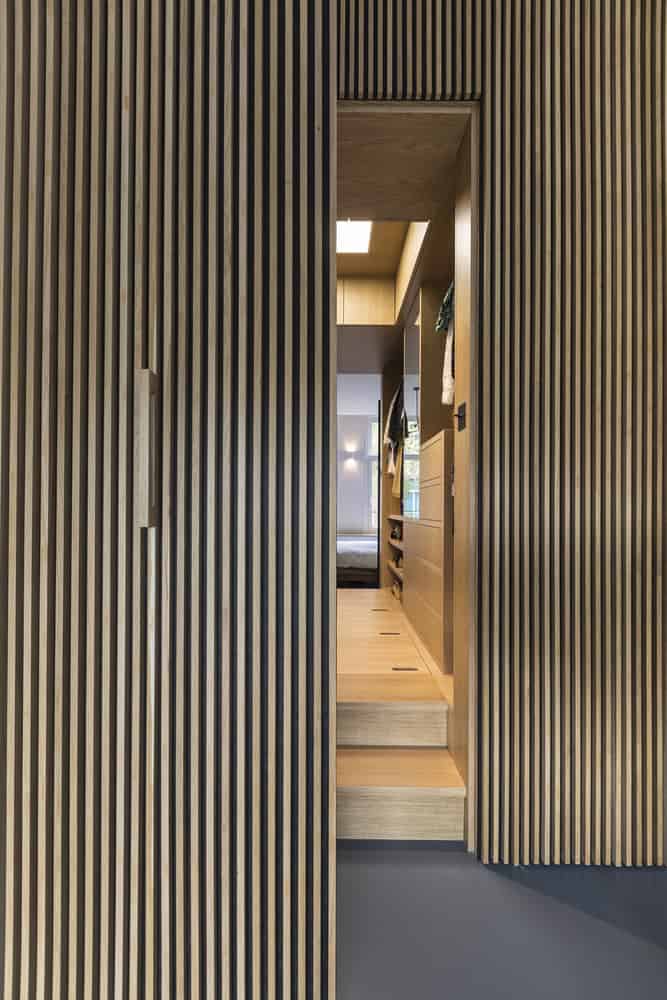 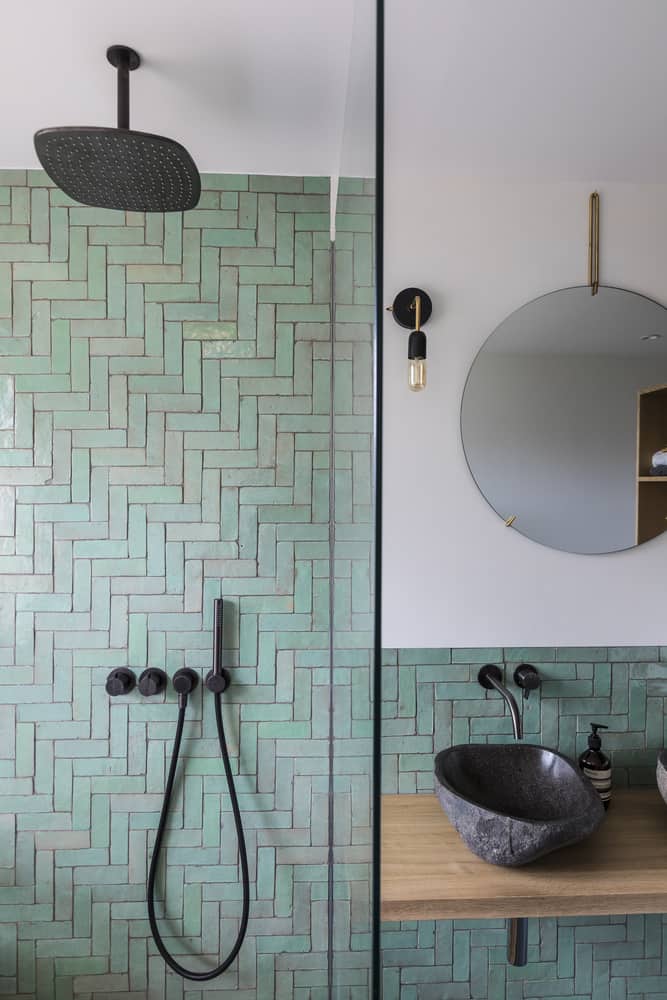 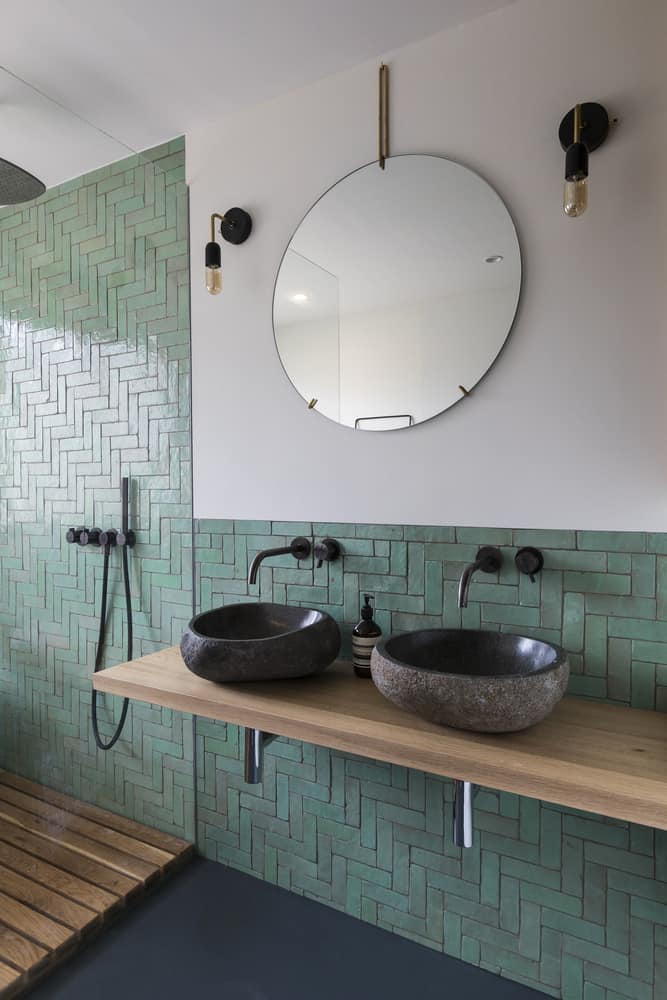 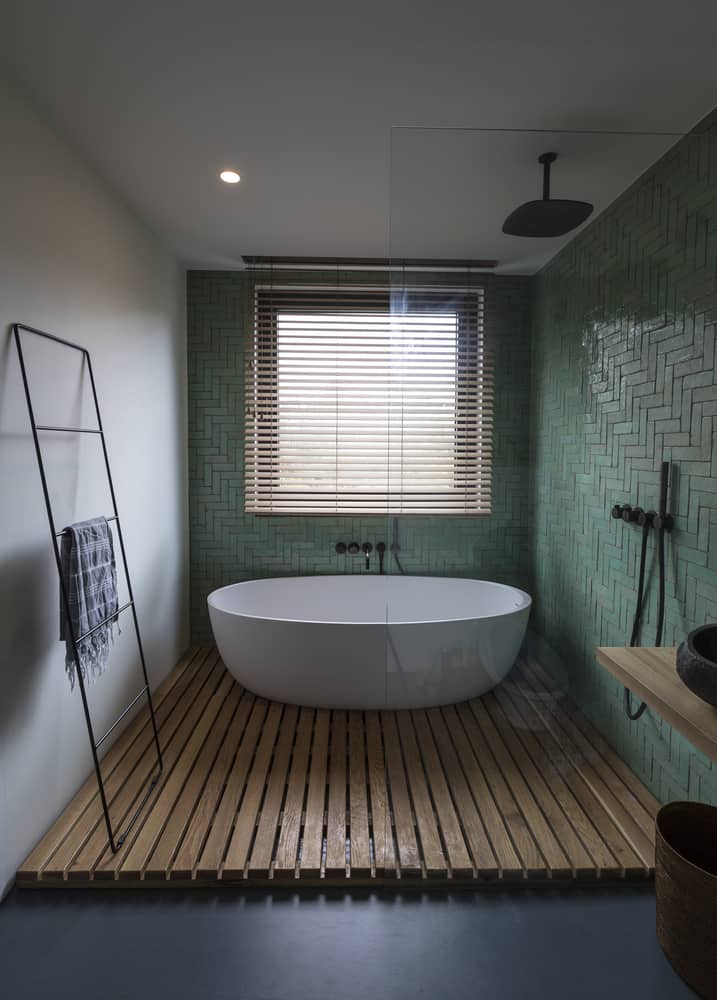 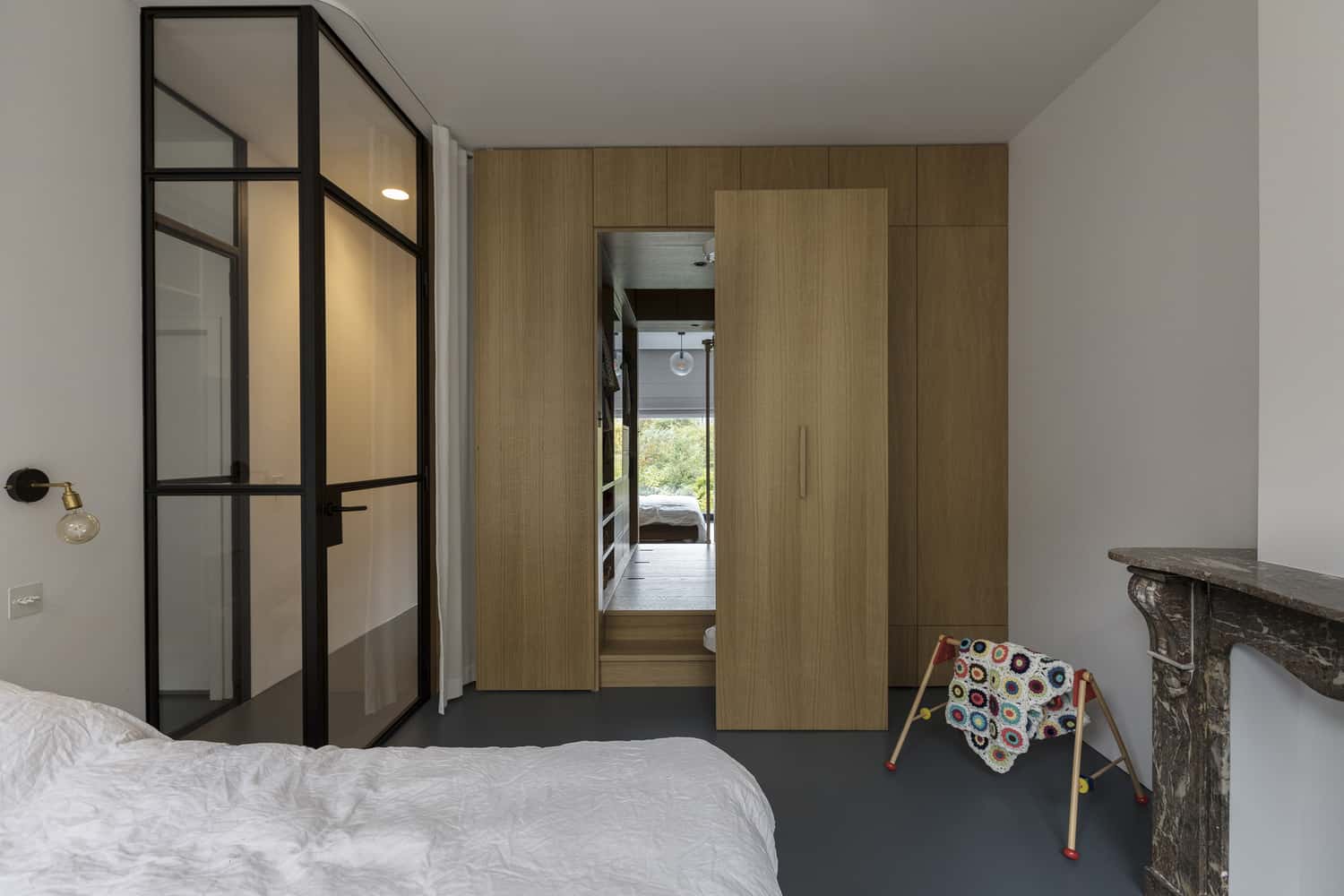 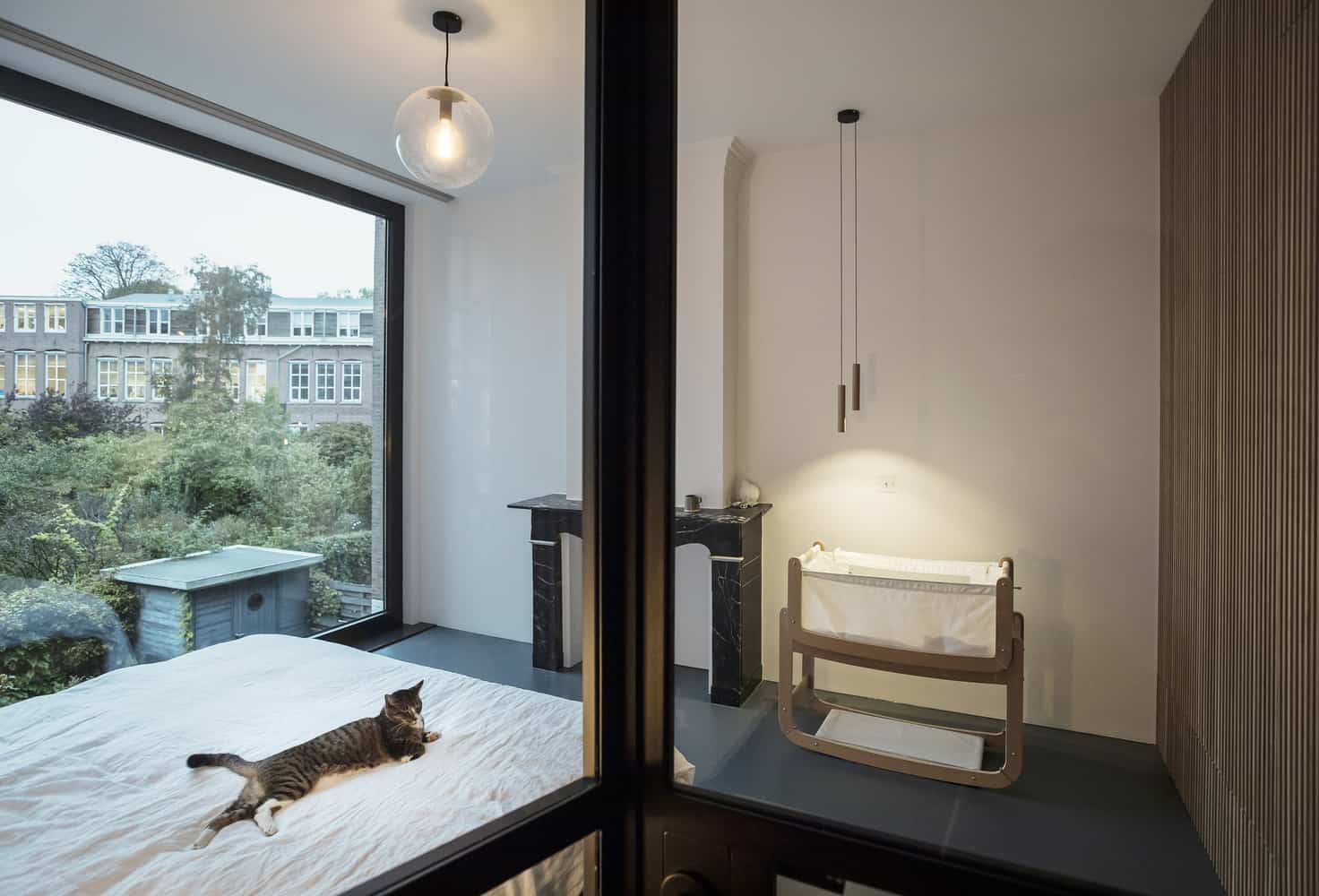 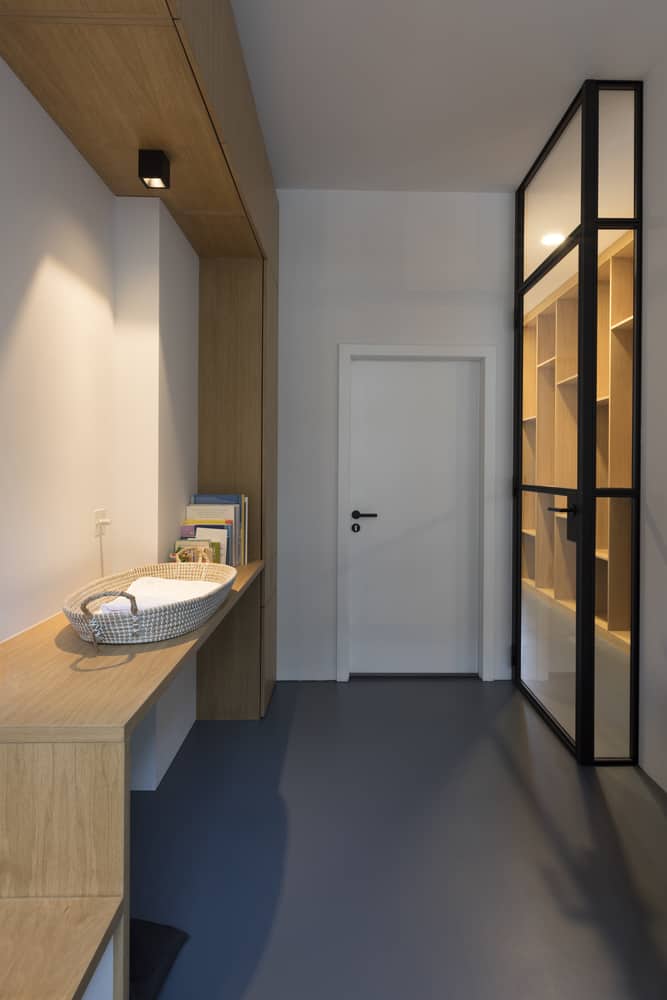 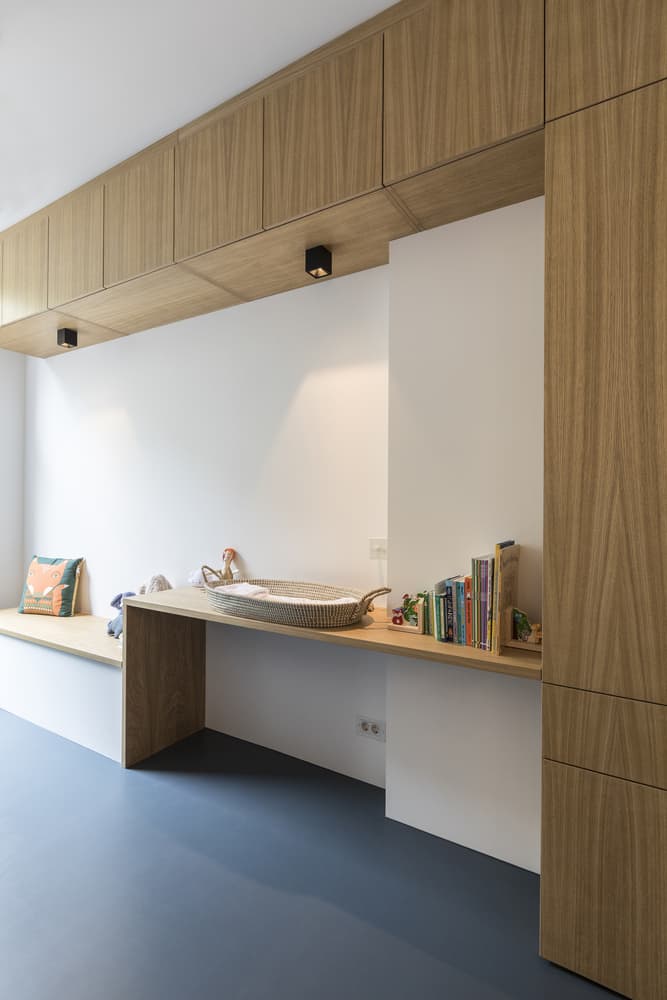 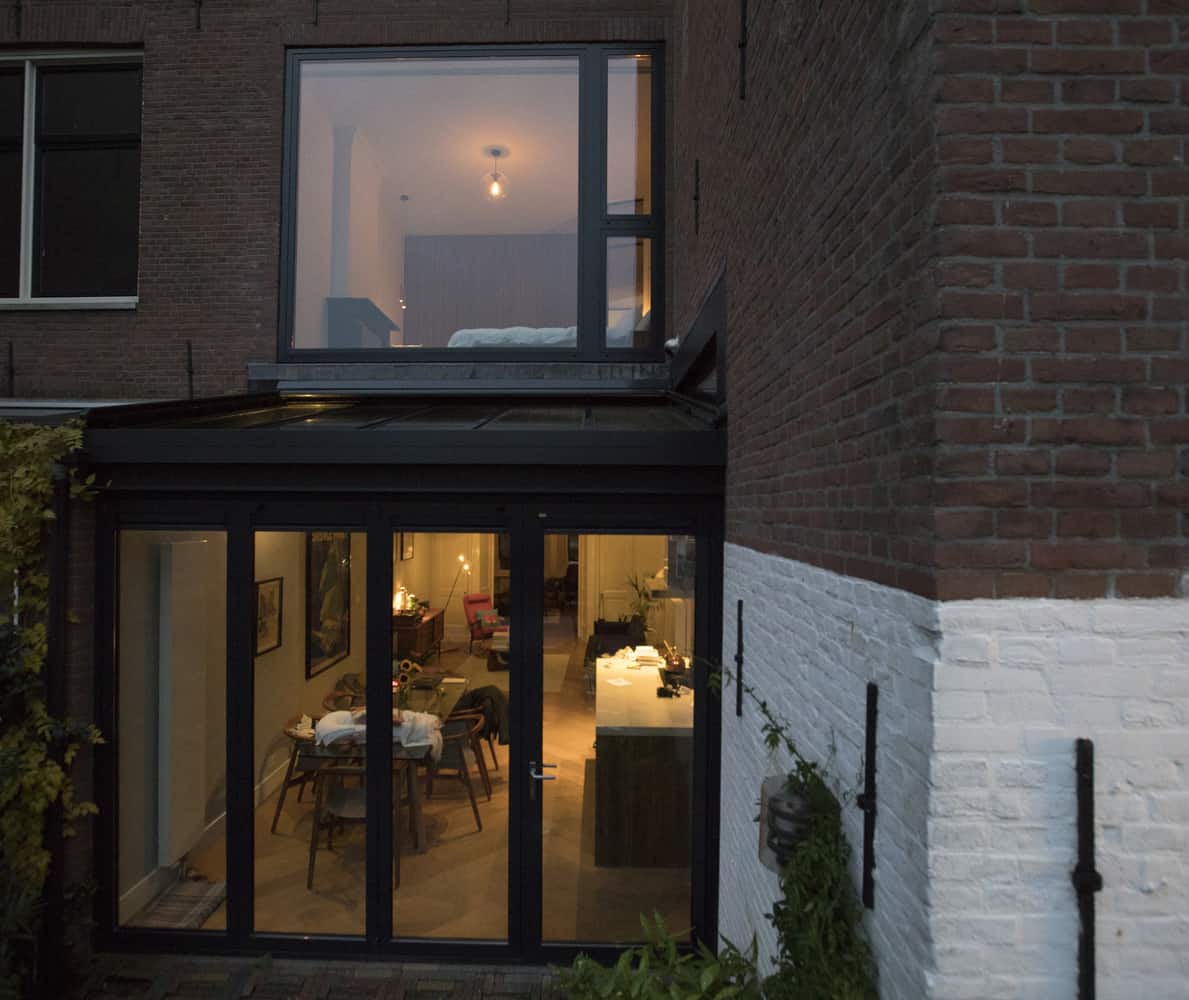 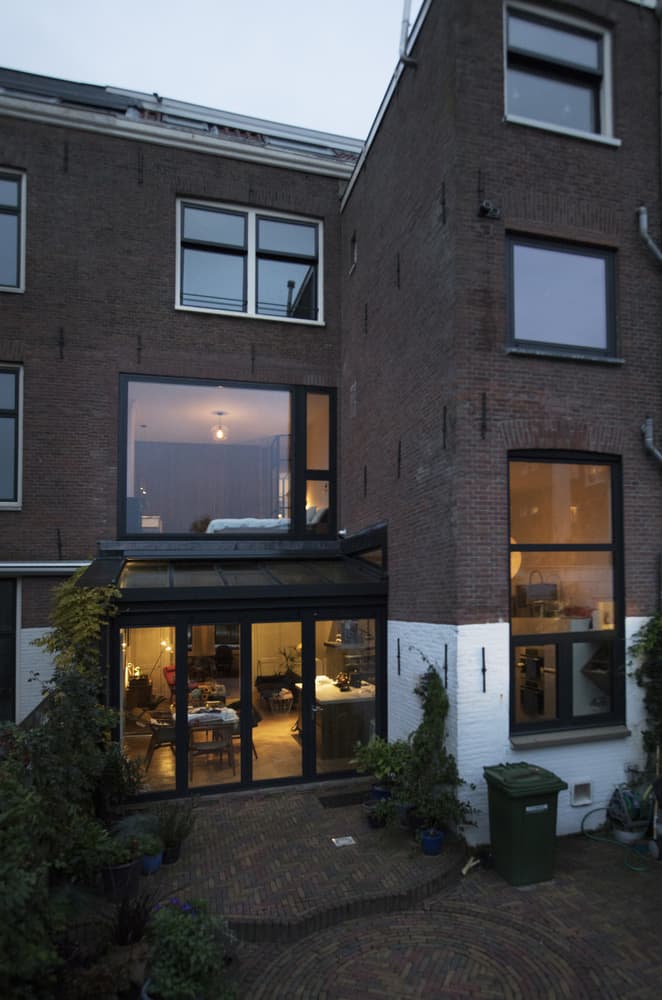 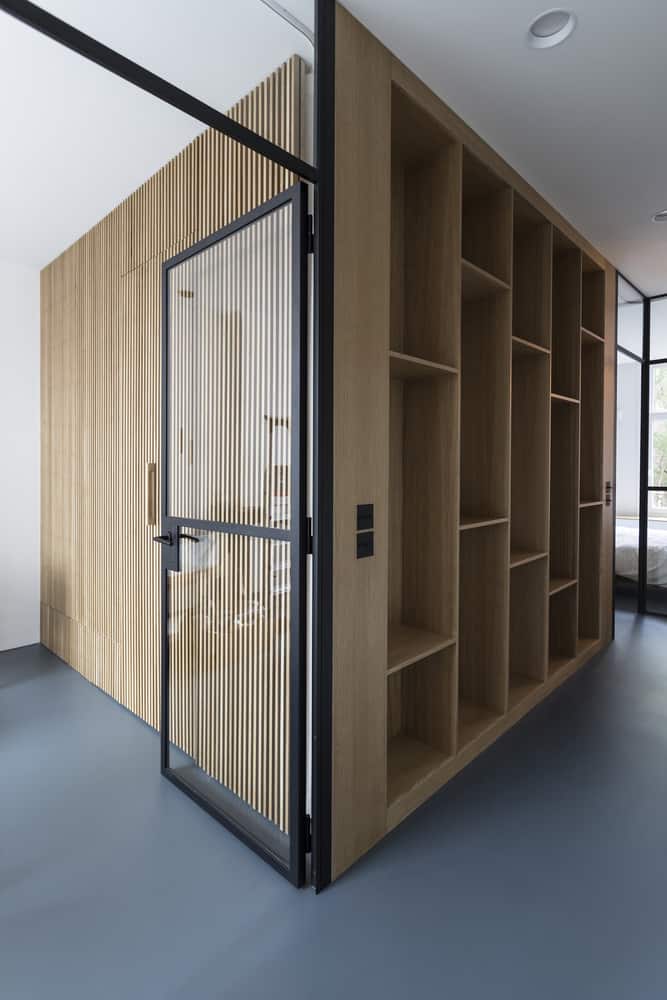 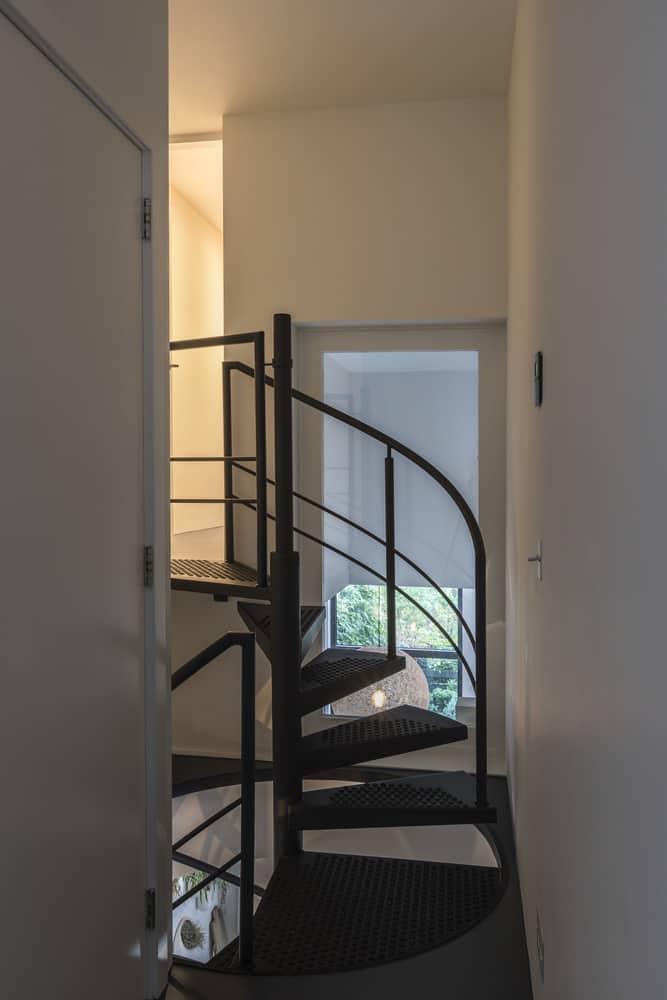 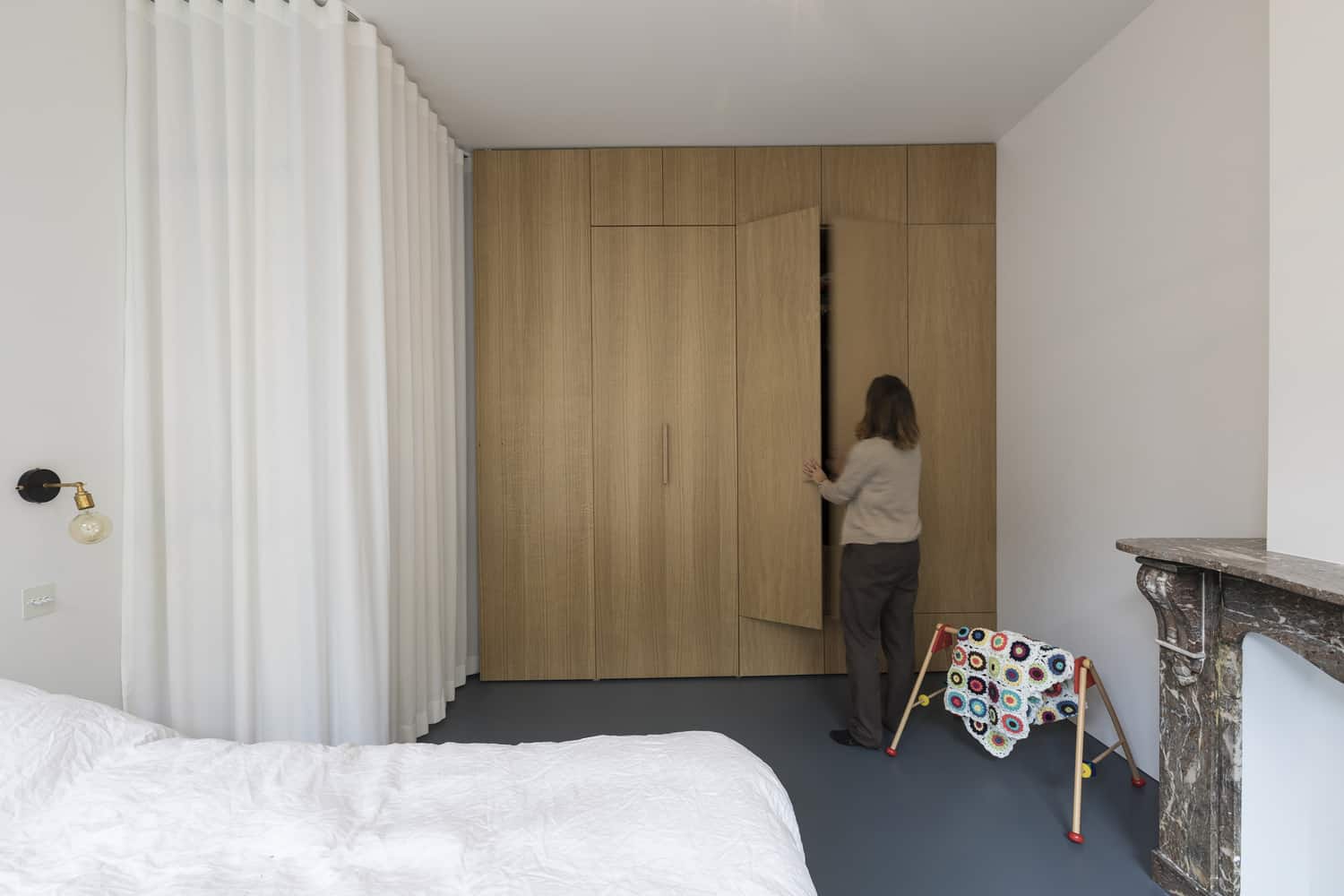 Smack in the middle of the bustling city of Amsterdam, in The Netherlands, a towering residential project called Frans Halsstraat has been built by Cantero Architecture to show off classic styles of historical Dutch architecture, but this time blended in unique ways with slightly more modern aesthetics.

Originally, this building was an old, more traditional set of homes and apartments. Standing tall in the stylish but older neighbourhood of Pijp, right in the centre of Amsterdam, the building was recently renovated to provide a series of more modern residential units that still boast some of the more historical styles in perfect harmony with updated features.

Typically, Dutch architecture has been characterized over time by spaces that are both deep and narrow, which is where the common local concept of a “through-flat” evolved from. In this type of apartment, a home can have two main sides that are connected through the middle to the front and back of the building. This gives designers two different opportunities to relate inner spaces aesthetically and physically to the exterior of the building on each side!

In this case (since this building does feature classic through-flats), the front “compartment” of the units faces a calm, narrow public street where the public of the country’s capital city mills by. On the other side, each unit is afforded a view of a magnificent interior courtyard out the back of the building, featuring a stunning private garden with nice social seating for residents and visitors.

In the particular apartment you see in the photos, designers had to do a bit of spacial organizing before they could really get into the swing of things with the renovation. They first wanted to evaluate how they might make better use of the existing rooms on that floor before changing the space too drastically. They also wanted to examine whether they might integrate some clever storage space into certain living areas to give dwellers more places to put their belongings in order to reduce clutter.

Besides great use of space, building a strong connection between interior and exterior areas was paramount for the design team. They wanted to capture the wonderful view the unit was afforded and bring that inside for the owners enjoyment as much as possible. This was achieved in the form of stunning windows that really serve to open the home up to natural light.

Now that the renovation is completed, most rooms in the house appear to revolve around or be organized according to the “oak heart” of the house. This “heart” is a big, shared walk-in closet that provides unparalleled storage and communicates a visual and spatial separation between two main bedrooms and more social or public rooms of the house.

The wooden closet piece is almost like an experience in itself. When you step into it, you feel as though you’re in a completely separate, entirely wooden structure, the aesthetic of which is only interrupted by natural light flooding in from overhead. Both the inside and outside of this central wooden structure feature storage cubbies and spots, some of which the owners described as “hidden and unexpected”.

Also down the centre of the core is a metal-framed glass corridor. This is where the entrances to the different rooms in the home lie, making one’s movement throughout the unit feel almost entirely continuous. There is also a section where the space you’re walking through appears to open entirely to the outdoors despite actually being enclose, blending interiors and exteriors once more.

Even the colour contrasts happening within the space appear to open things up a little bit. The way that stark white walls play against dark flooring visually creates space and makes rooms feel more limitless. Designers also played with texture in most rooms, alternating between natural oak furniture and sophisticated matte black or brushed bronzed details and surfaces.

The final touches were added in the bathroom, of all place, but the thought process actually makes a lot of sense! This is where designers wanted residents to be able to relax, concentrate on self care, and seek a sense of wholeness and calm. In the bathroom, you’ll see warm wood featured alongside blue ceramic tiles, while natural lava stone basins add a peaceful element like the kind you might expect in a spa!

Gross-Flasz Residence by One d+b Miami