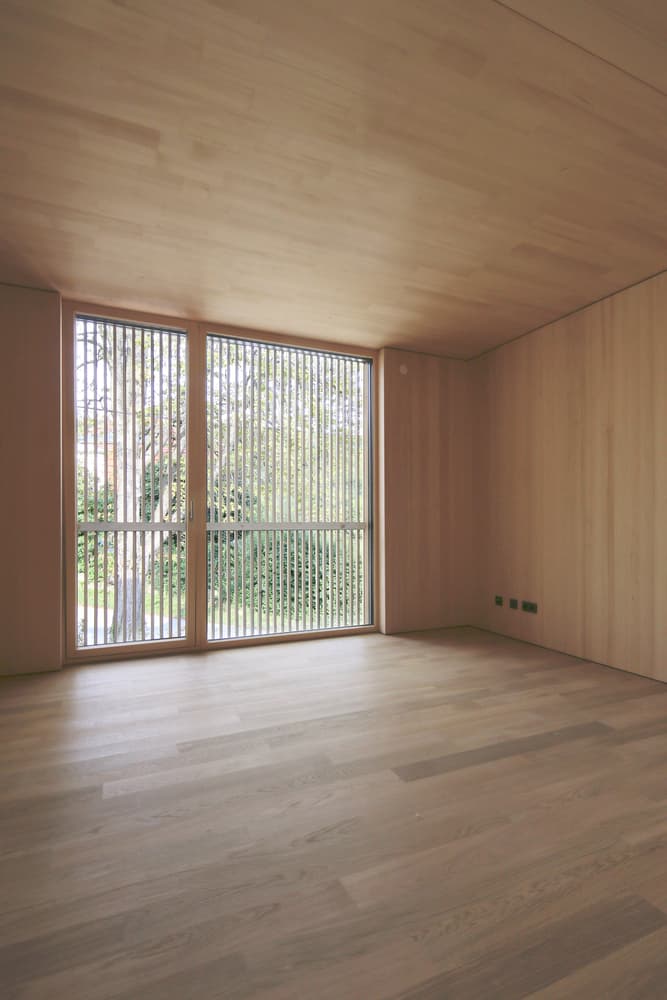 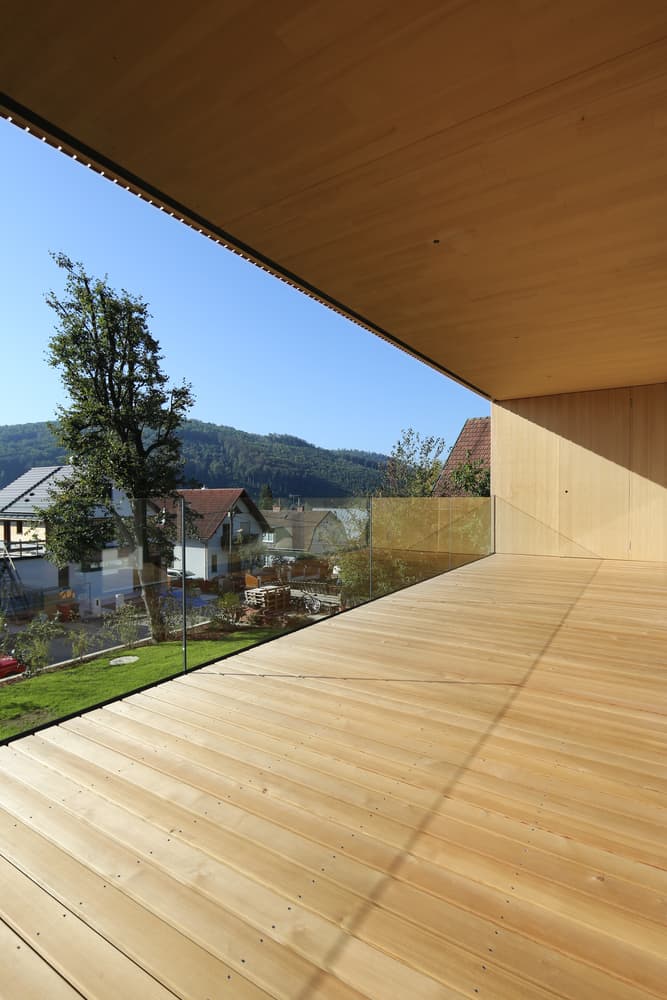 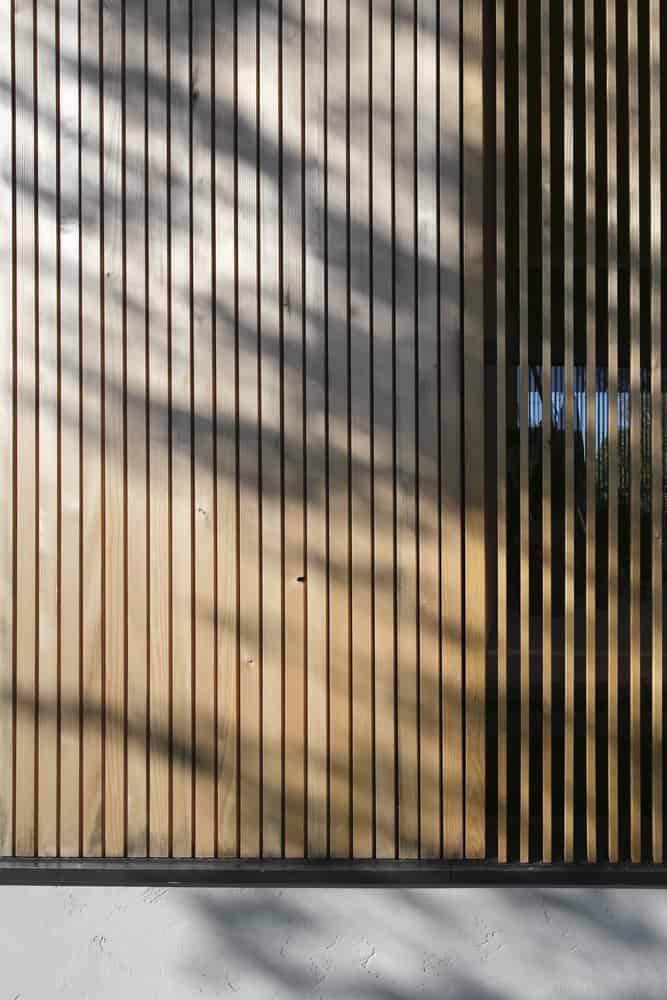 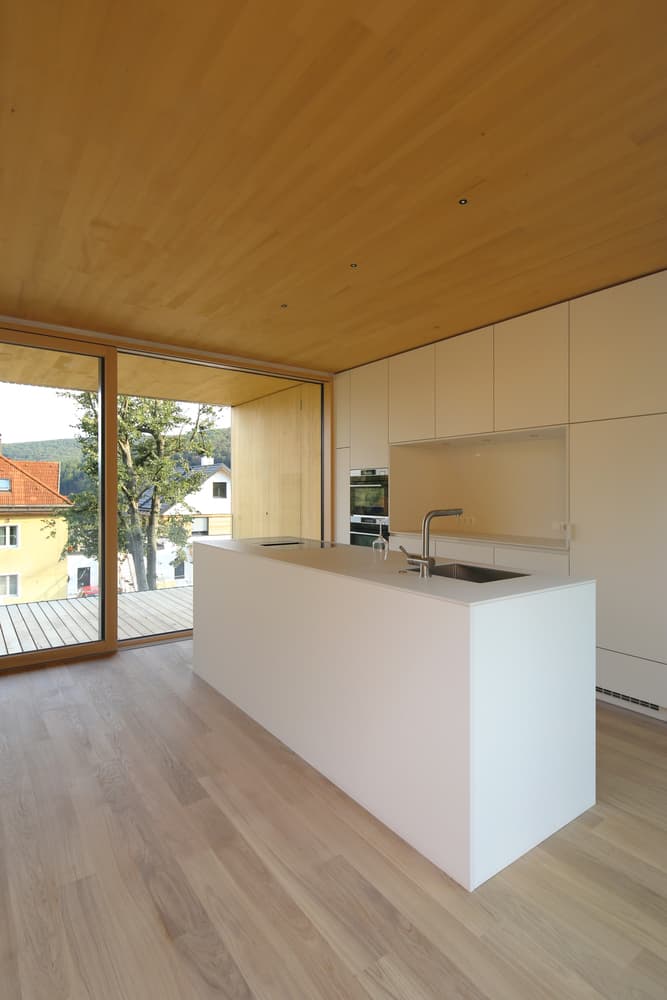 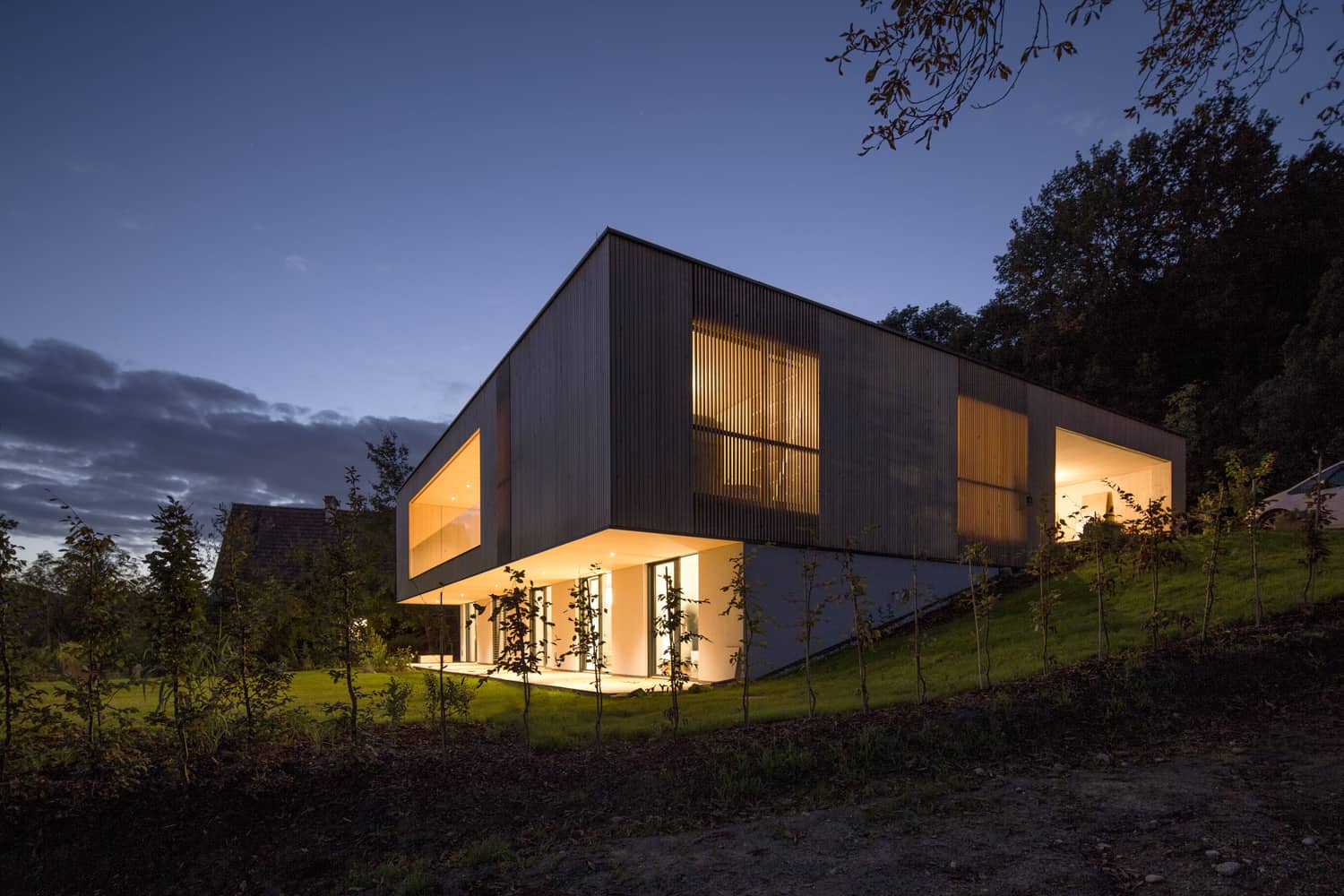 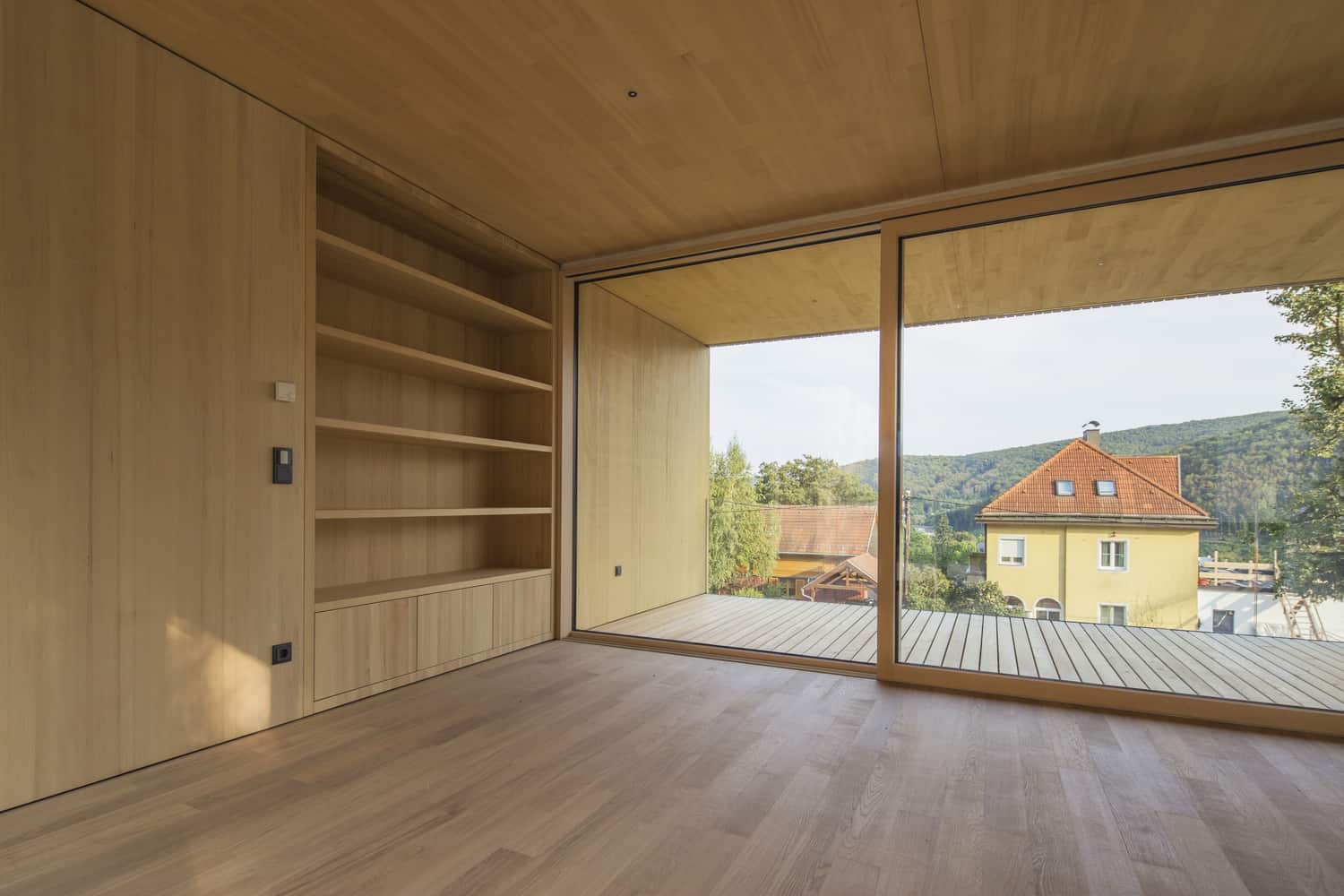 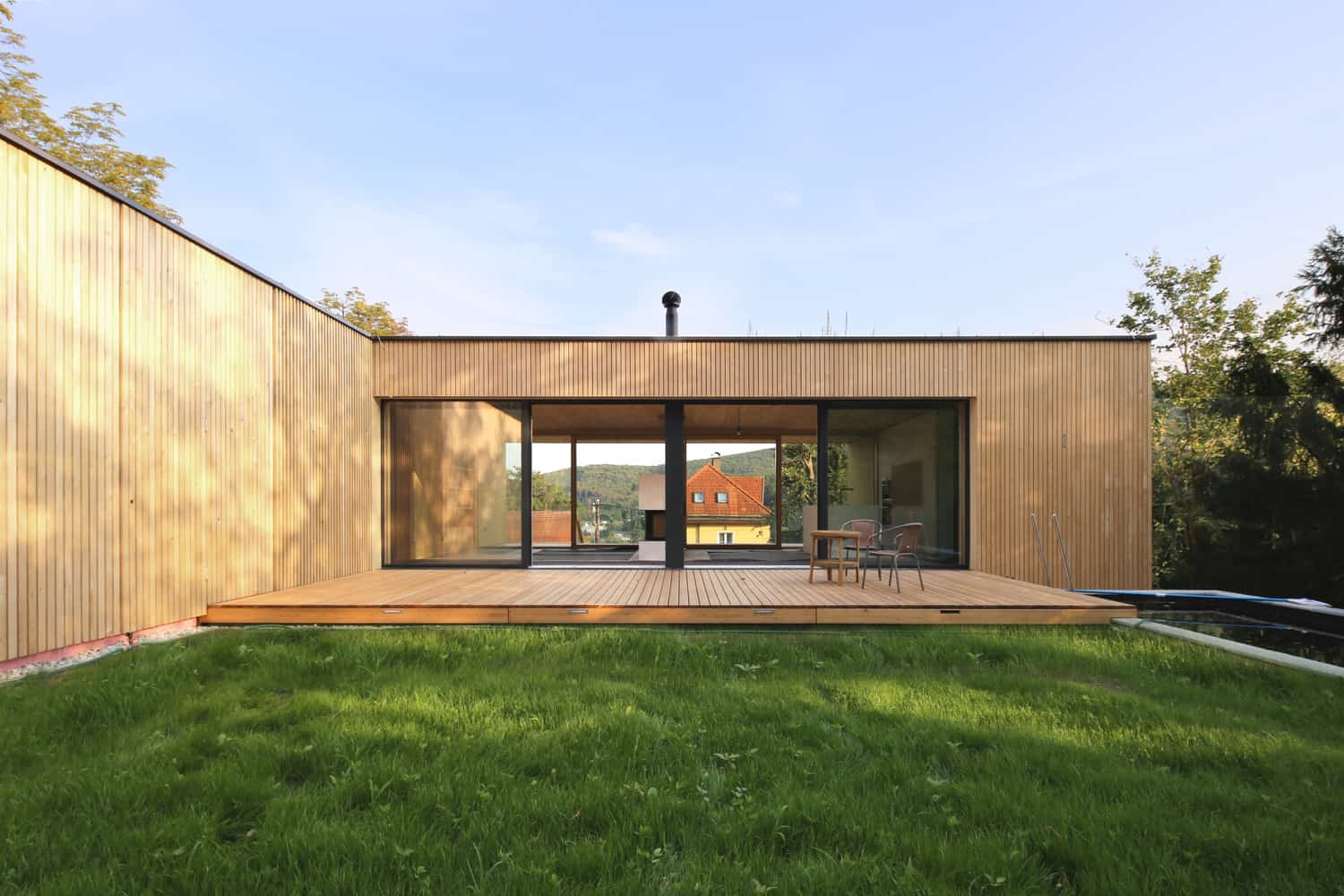 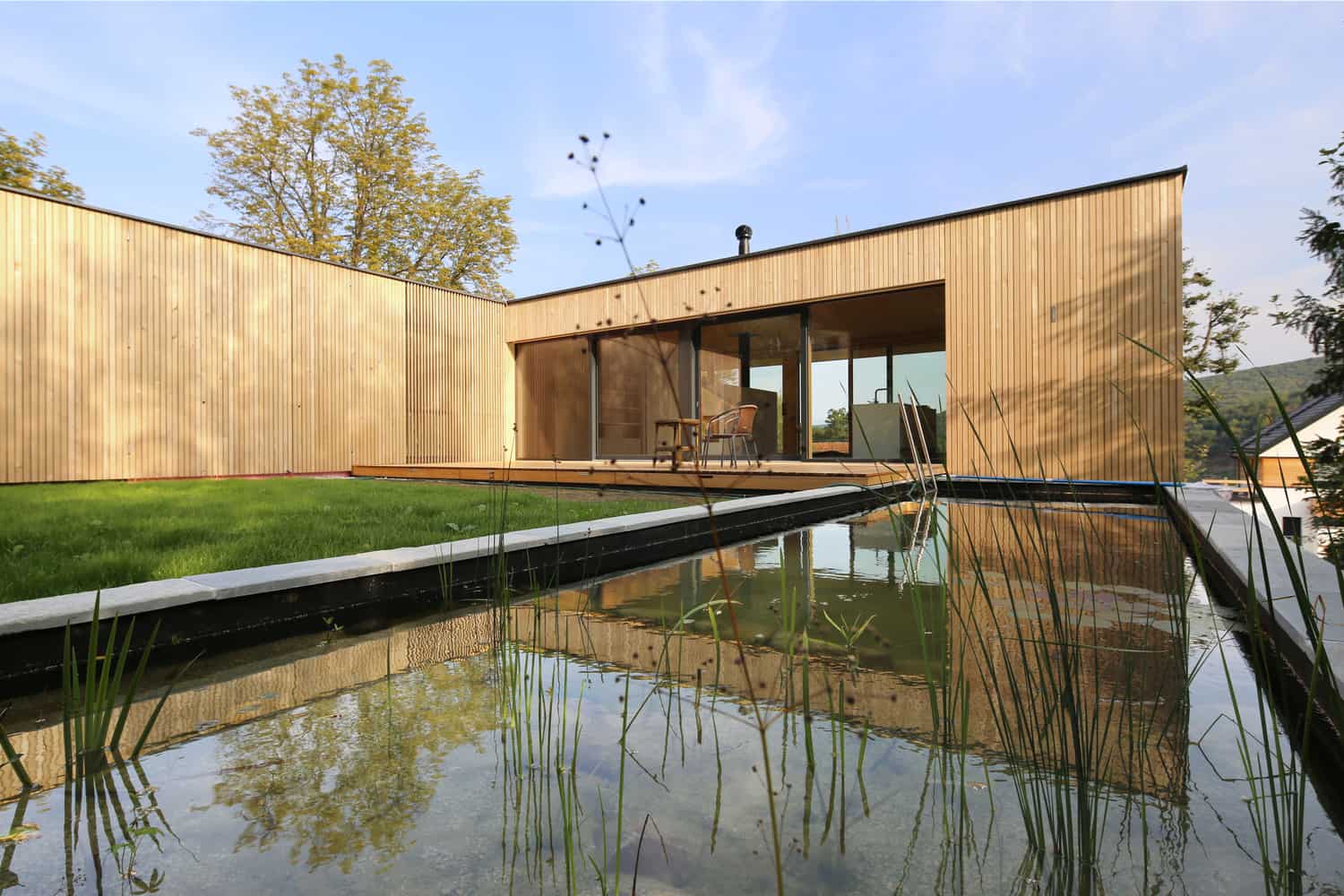 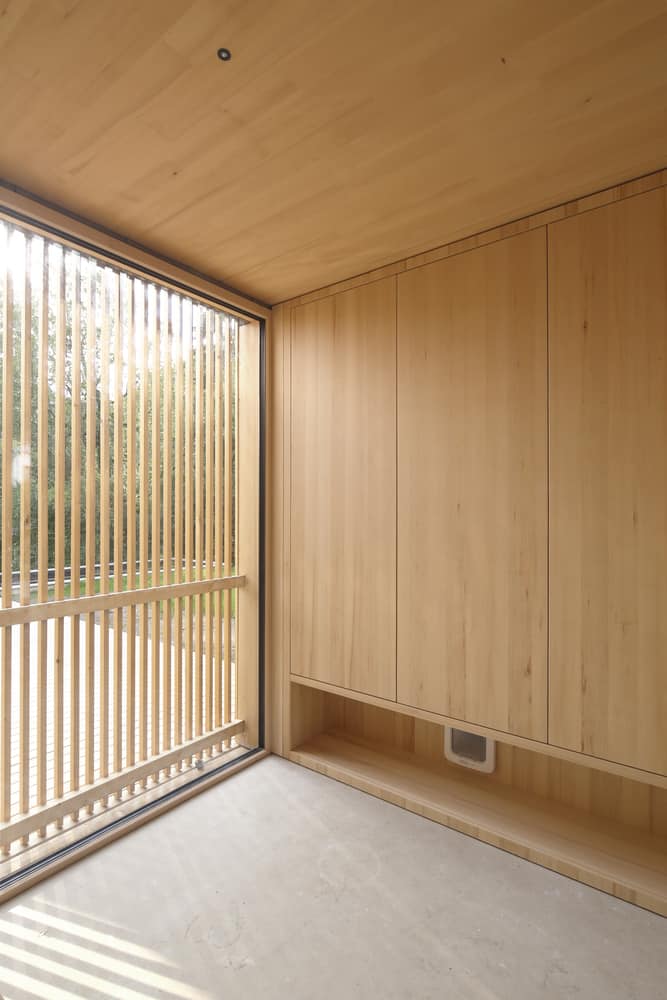 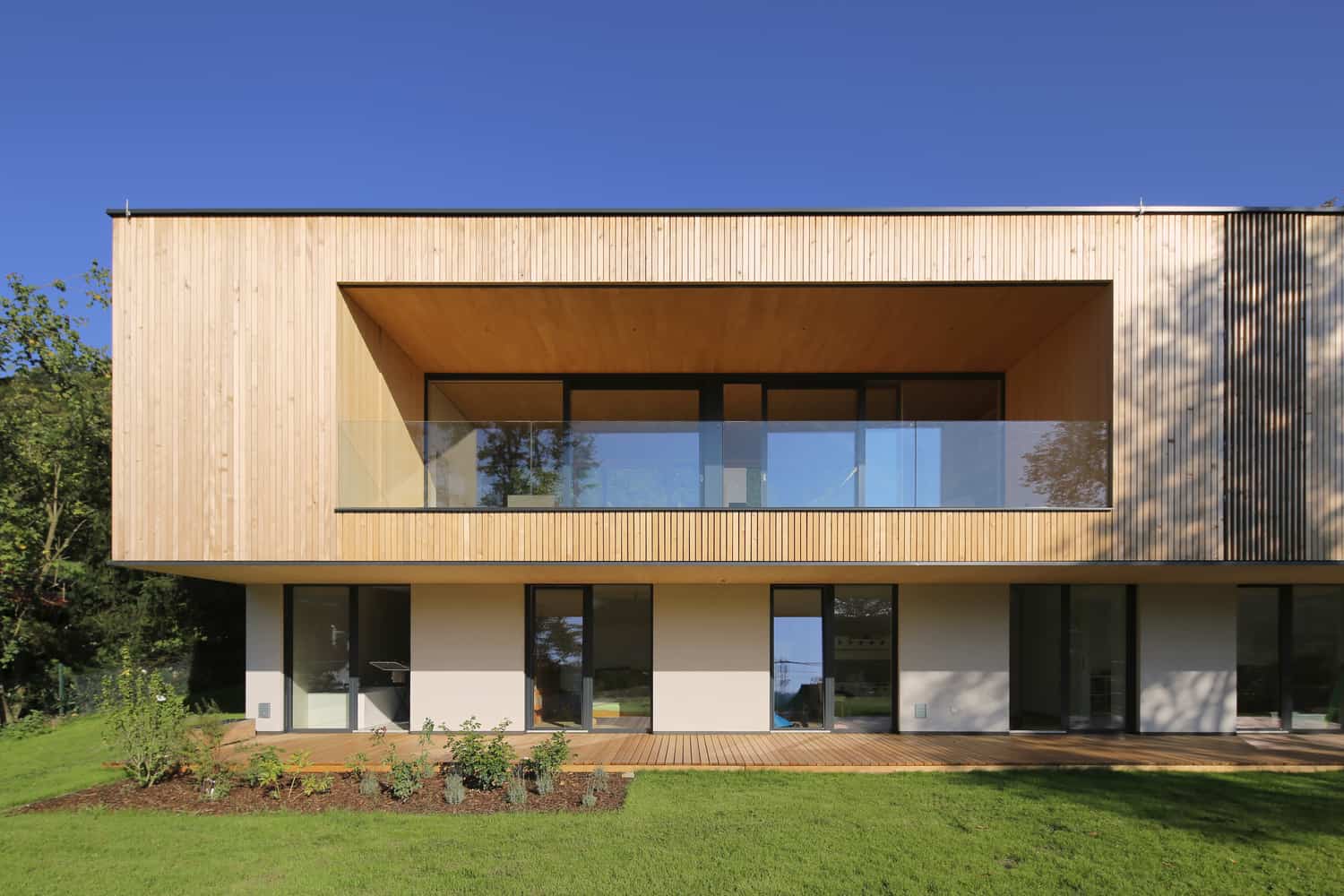 On a lovely corner lot in a neighbourhood in Purkersdorf, Australia, the space and bright family dwelling called L House has received its finishing touches by designers and architects at Juri Troy Architects.

Located on a southern facing slope, the house looks out over the village, giving visitors a breathtaking view of the Vienna Woods surrounding the area. This unparalleled view can actually be seen from almost anywhere in the house thanks to the emphasis on large floor to ceiling windows, which was an intentional goal of the designers from the earliest stages of planning.

In an attempt to blend the dwelling smoothly with its natural surroundings and make it appear as though it really does belong right there on the hillside, designers chose to construct the entire upper floor, both in its exterior and full interior, entirely out of stunning light wood timber. To do this, they used locally sourced whited fir.

This lovely upper floor features its own sprawling terrace that gets plenty of sun all year round, enhancing the cheerful brightness of the whole plot and inside the house itself. The wooden portion also creates a cozy enclosed space around a courtyard and joins into the hillside on one end where a calming natural pool sits.

To create the wooden facade, designers chose to situate the smoothed board vertically, establishing an almost striped effect all around the outside. The boards that make up parts of the facade turn sideways to become slats that will let in sunlight and fresh air, closing again to provide those areas with privacy whenever it’s needed.

Inside the house, the white fir materiality continues. In fact, the entire interior is clad in white fir, from the floors to the furnished features, walls, and ceilings! The effect is a calming monochromatic aesthetic that travels right down the staircase from the wooden encased top floor and down into most aspects of the bottom floor as well. Here, some cupboards and storage features vary, but white fir is still the most prominent feature.

On the side of the house that extends to naturally merged with, or at least sit near, the hill’s natural slope sit the sleeping areas. This location in the house provides them with the most privacy from the driveway and public access spaces and lets them open into the fresh air without losing any of the relaxing solitude found within the lovely wooden rooms.

Extending from the sleeping areas (in particular the master bedroom) is a lovely covered terrace. This space lets dwellers and guests wander right from their beds into the fresh air and sunshine, but still seek the solace of a bit of shade. This terrace leads directly into a lovely green garden. Both of these outdoor spaces are barrier free, adding to the sense of nature blending.

Besides being quite innovative in the materiality and aesthetic aspects of its design, L House is also quite cutting edge in the systems that run it. For its main heating source, the building features a pump rooted in geothermal energy sources. This contributes to its green nature along with the fact that it was constructed almost entirely from raw and recycled materials.

The stunning patch of green lawn you see on the extended part of the roof contributes to those green systems as well! This space buffers rainfall, using that water source to provide temperature regulation in hot summers. The ventilation provided by the turning wooden slats in the facade also helps with regulation and avoiding over heating in the summers.