Located in Ottawa, Ontario in Canada, the existing small Victorian home was totally transformed into a vertical loft for an active couple and their dog. 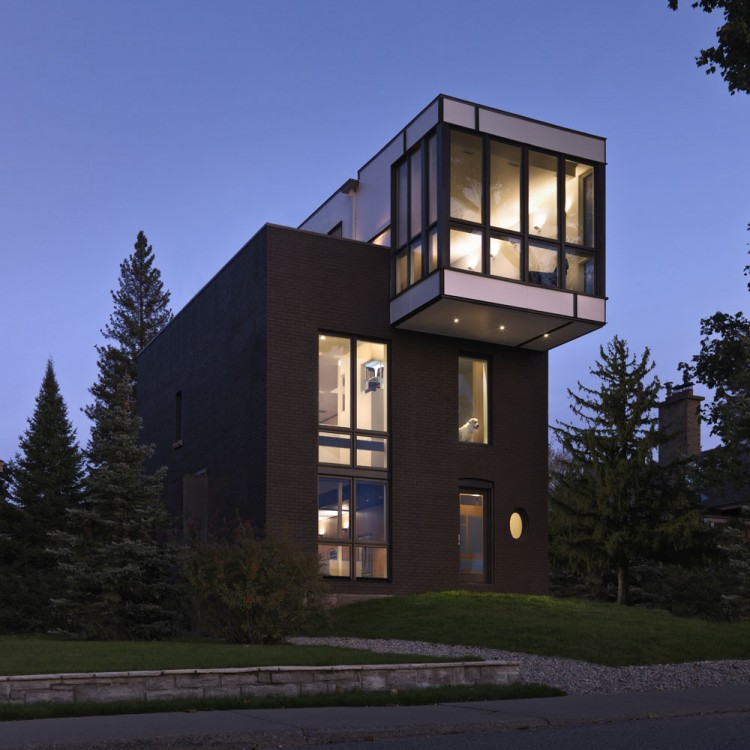 The starting point for this renovation was a modest Victorian home in poor condition, whose rooms with small windows and dark interior spaces were separated from one another, as was typical of homes built in an era when privacy was a cultural priority. In another gesture to Victorian public decorum, the arrangement of the existing interior spaces reinforced the antiquated ideal that work life and family life should be kept distinct.

Although the client required the renovated space to welcome work life in the home while continuing to maintain clear separations from their family life, it was also important to create a modern, bright space that, albeit small in size, would still appear spacious and visually connected.
View in gallery 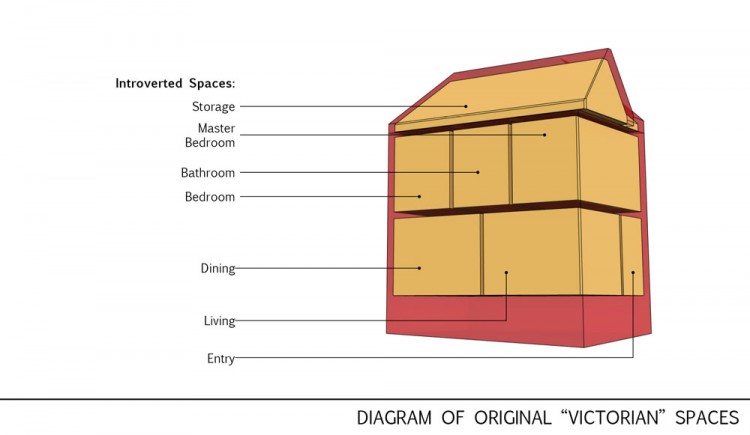 Echo: noun; “A sympathetic or identical response, as to sentiments expressed; a lingering trace or effect”

That the house had scarcely been changed since it was originally constructed was both a virtue and a challenge that enabled design opportunities. The footprint of the house is small (approximately seven-hundred square feet). It was therefore not possible to create a loft-like setting on the ground floor that seemed simultaneously open and provided the required distinct work/living spaces. The house was re-envisaged as a vertical loft – an open, four-storey volume reaching from the basement to the ceiling of the new roof. 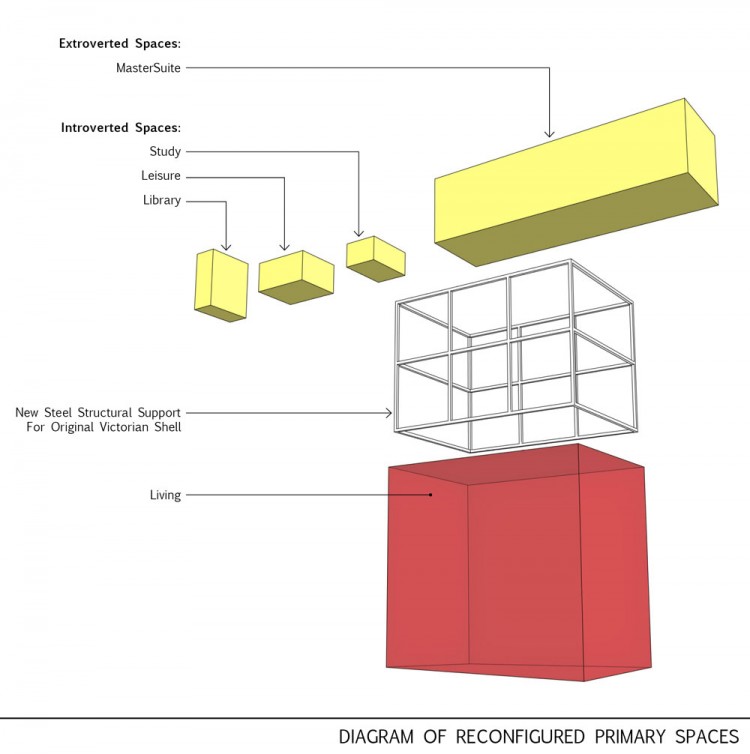 The new main level and former basement level are opened to each other by a wide stair that highlights views to the home’s original stone foundation walls. Hence, the former Victorian main living level, once segregated into four separate rooms, is now made open and spacious. The small, original windows are replaced with large windows both at the front and rear of the new parlour, visually extending that space into the front yard and the back yard, and, finally, enabling views from the back yard (all the way through the house) to views of the Rideau Canal.

The remaining spatial requirements included very private spaces: a study that could accommodate several thousand books, a den, and a master-bedroom suite. In order to achieve the seemingly paradoxical request for a loft-like home but with spaces as private as the former Victorian ones, the study, den, and “book vault” are designed as distinct volumes suspended inside the larger, four-storey volume.
View in gallery 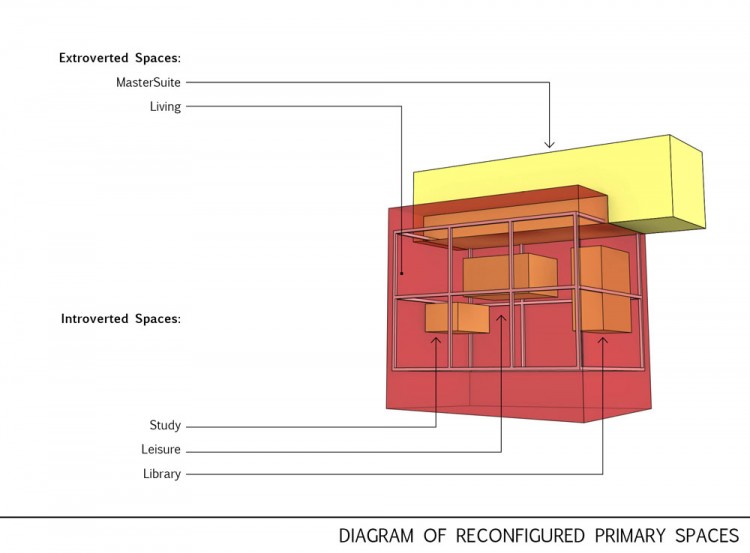 Because these volumes “float” high up within the now-emptied shell of the original house, they achieve the required visual privacy from the parlour below and the street outside (despite the expanded areas of windows). Though these spaces are small, they are bright and airy and seem large since they all have visual access to both windows and other interior spaces of the home.

The very most private areas of the redesigned house (such as closets, toilets, and stairs) are arranged along the south wall of the house and are shielded by a three-storey hickory “modesty screen.” At the top level, the master-bedroom suite cantilevers over the front facade and yard and also appears as a distinct, floating volume, and forms a canopy over the entry.

In this way, the former attic space of the Victorian house is redesigned to provide for light and views where none existed before in the original home, and due to its elevated position, it does so while maintaining privacy. At the initial request of the clients, this renovation allows the values of a bygone era to be given voice in the current era.”