The project brief was to add a new floor to an existing 1954 bungalow located in a post war suburban neighborhood in the city of New Westminster, British Colombia in Canada. 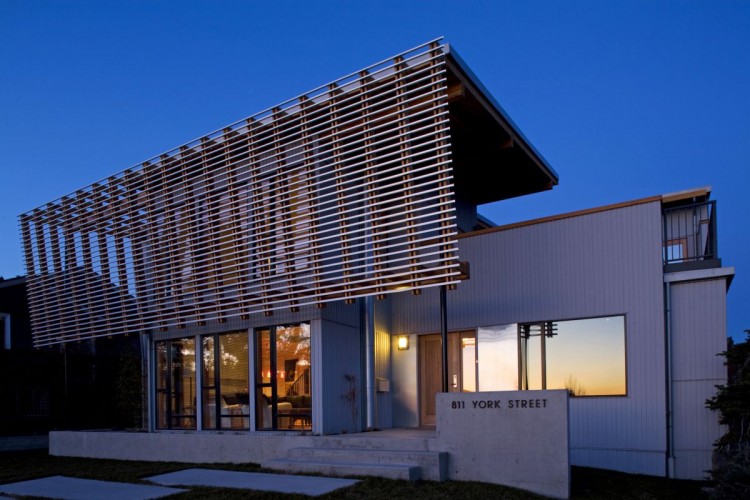 “The project brief was to add a new floor to an existing 1954 bungalow, which is situated in a post war suburban neighbourhood in the city of New Westminster, BC.

The neighbourhood sits at the prow of a hill, and is rich with modernist architecture from that era. The existing house was an L-shaped bungalow which was  too small for my clients, an artist and psychologist who have three boys ages 17 to 26.

The new floor would be the domain of the parents, and the boys would acquire main floor bedrooms of a more suitable size.

The addition would be composed of a studio, master suite, and a deck to take advantage of the view. Architecturally, the goal was to knit together the old and new with simple gestures and materials that would be sympathetic to their context, yet fresh.
View in gallery 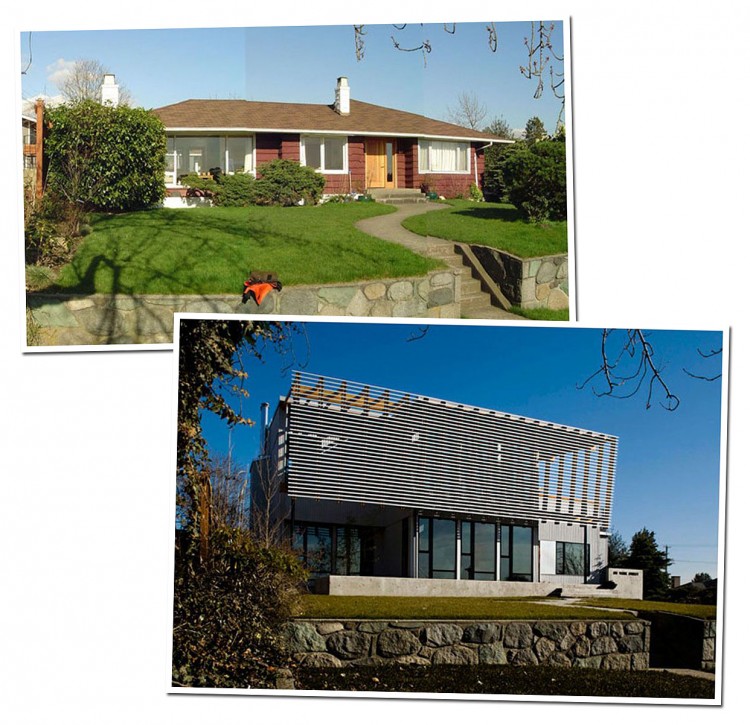 Massing and architectural expression
The overall massing was influenced by the desire to stack new program on existing walls(where possible), and by the creation of a new exterior space on the second floor with access to views and sunlight.

To counter the vertical nature of the resulting mass, and shade the south facing living room, a horizontal screen was introduced which gives the composition a more restful and balanced appearance. The screen extends past the living room in both directions, creating a covered entry to the east and an open structured space to the west, where there will be a stand of bamboo. To further reinforce the horizontality of the screen, a concrete planter / plinth / address wall was introduced at the ground plane.
View in gallery 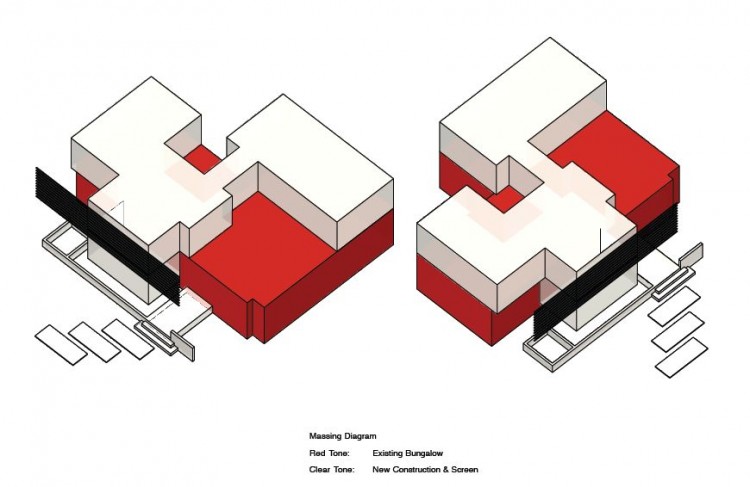 Exterior composition
There was a strong desire to have the house respond to the 1950’s and 1960’s post and beam houses in the neighbourhood. The vertical cedar siding, gently  sloping roofs, exposed glulam beams and rafters are all present, but contemporary in their composition.

To give the facades order and cohesion, two devices were used to mediate between existing and new openings. Bright rolled zinc panels were placed above and beside existing window openings, then aligned with new openings above. A simple through-wall flashing detail serves as a datum for window heads, mullions and sills, and is present on all facades.

Interiors and materials
The main floor interior was left largely in tact and the simple palette of hardwood floors, wood trims, and off-white walls was continued throughout the new second floor and serves as a neutral backdrop for the client’s art collection. The result is a warm interior punctuated by colour, and an intense play of light generated by the screen.

A new steel stair unites the two floors, and the solid wood treads match the recycled fir flooring which is used throughout the second floor. New millwork is constructed from a mixture of Appleply and Plyboo bamboo plywood. The millwork in the ensuite has Paperstone (recycled paper) on the counter and tub tops, while the walls are clad in blue back-painted glass. A composite recycled tile is used on the floor and shower walls to complete the palette.”
View in gallery 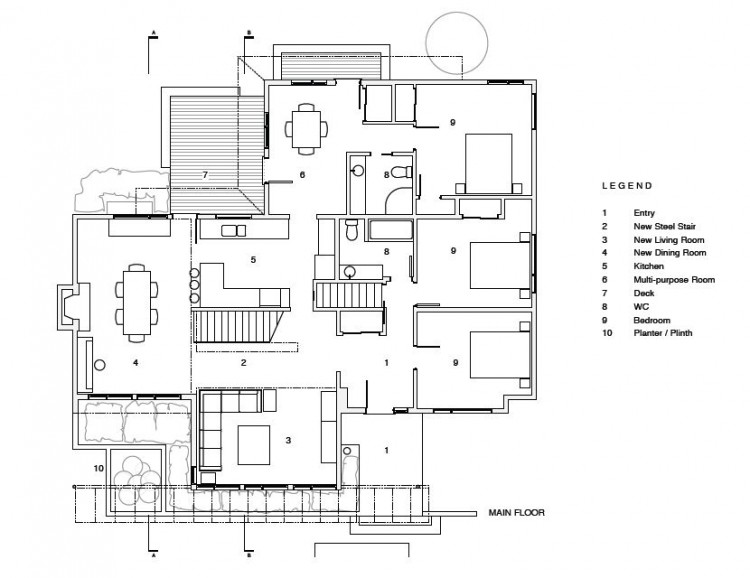 A Midcentury Bungalow in New York

Bungalow Style Homes You Must See

One Comment to Screen House by Randy Bens Architect