This 5,952 square foot two-story contemporary residence is located in Zapopan, Mexico, and was completed in 2005. 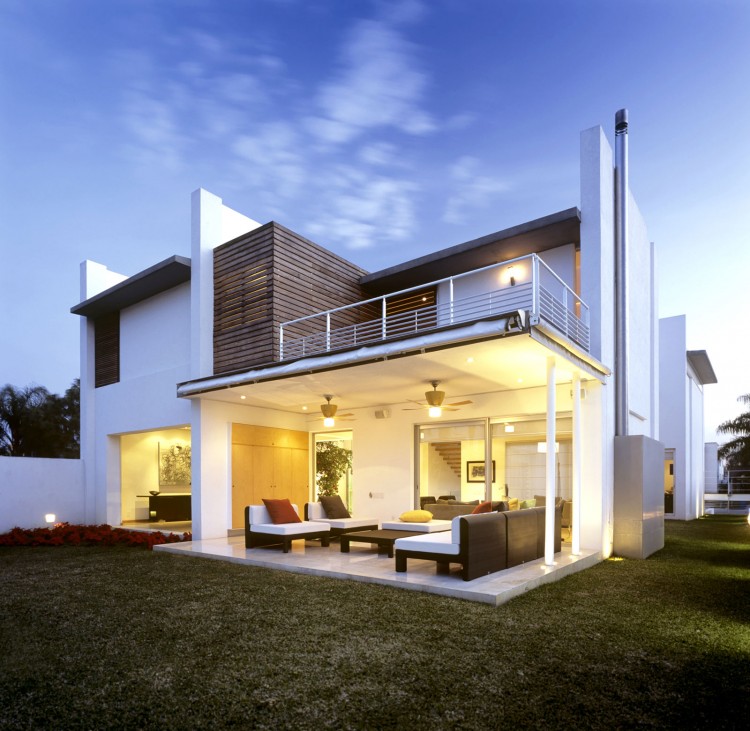 “The clients, a young couple who had moved to Guadalajara only a few years ago with two daughters, wished as their idea of home, a place where they could evoke and preserve several of the reasons that brought them to this city.

This is why the N House project tries to enhance this local tradition of building around a central patio. So, placing another one next to it brings the availability to make them a single wide stanza.

The project is made up of three levels: Basement with garage, service areas and play room. The place where the stairway begins adhered to the central wall, generating a spatial connection with all different levels of the house as well as other family gathering spots.

First floor houses dinning and living rooms, and kitchen too, all lined by a minor patio that works as a tree display. Third level is for the three bedrooms that make out the most of both, patio and exterior gardens.

The skin of the house on ground floor is translucent to allow contemplative views of the surrounding garden. Whereas in second floor, space is secured mostly in solid bodies that offer privacy to its dwellers.The large section volumetry permits clear and concise dialogues where void and open spaces speak together, framing all premises. It is the rhythm produced by these sequences made up of transparency and opacity that give the dweller a light and shadow promenade throughout the day.

N House cannot be defined as an object but as a series of resulting spaces from the superposition of opaqueness and transparency which subtly mediate between nature and occupant.”