This three-story contemporary residence is located in Piracicaba, a city about 250km/155 miles away to the north-west of Sao Paulo, Brazil. 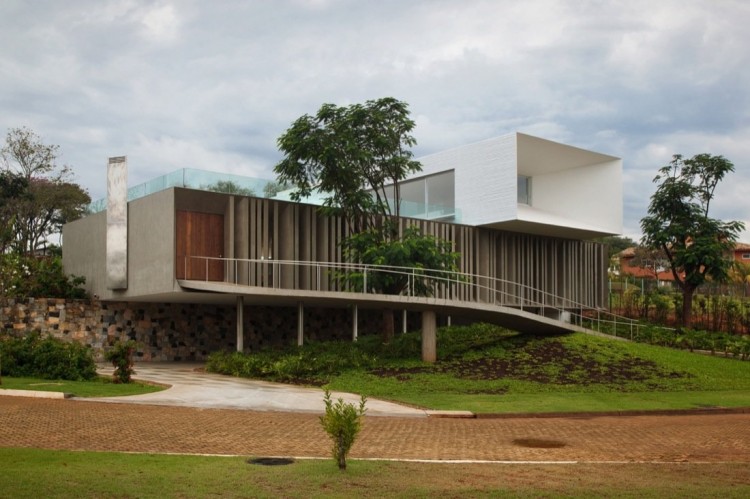 “This is a getaway house erected in the city of Piracicaba, 250km away from São Paulo. It is intended to serve as a meeting point for a family whose members are scattered across various cities around the state.

Not only did the position of the house take into account the sloping contour of the land, but also its orientation (North), as to provide the bedrooms and social areas with the best possible sunlight.

The distribution on 3 floors arranged in perpendicular axes allows the land displacement to be overcome naturally, and makes the garden accessible from any floor:

The swimming pool is snug in the nook of the “L” formed by the social and service areas, and the slope rising to the higher sections of the land.”

“Sun from the West Coast” by Alfonso Ideas