The Shed by Richard Peters Associates

Australian architect Richard Peters has sent us photos of The Shed project, a brilliant warehouse conversion of a small 1890 industrial building.

Located in Randwick, a suburb in south-eastern Sydney, in the state of New South Wales, Australia, the 120 years old buiding is now a comfortable two bedroom, two bath home that shows “how much you can achieve in a very small envelope without compromising space!” 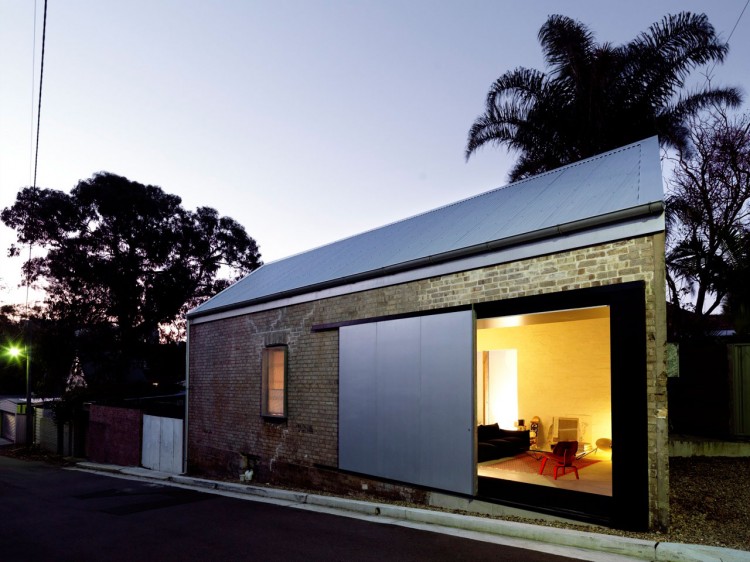 The Shed by Richard Peters Associates:

Tucked away at the end of a lane in the Sydney suburb of Randwick, close to The Spot and in walking distance to Coogee beach, is a 74m2 simple brick industrial structure built in 1890 by two Irish blacksmiths (brothers) to house their coach building business.

Over the past 120 years the building has also operated as a motorcycle repair shop, secondhand washing machine warehouse, a builder’s workshop, and more recently a studio for local artists. Having grown up in the area, one of the owners knew the building well and when it came up for sale in 2003, took a leap of faith and invested in a project that presented an exciting opportunity to develop a smaller, sustainable and more efficient way to live, while challenging the convention that ʻbigger is betterʼ. 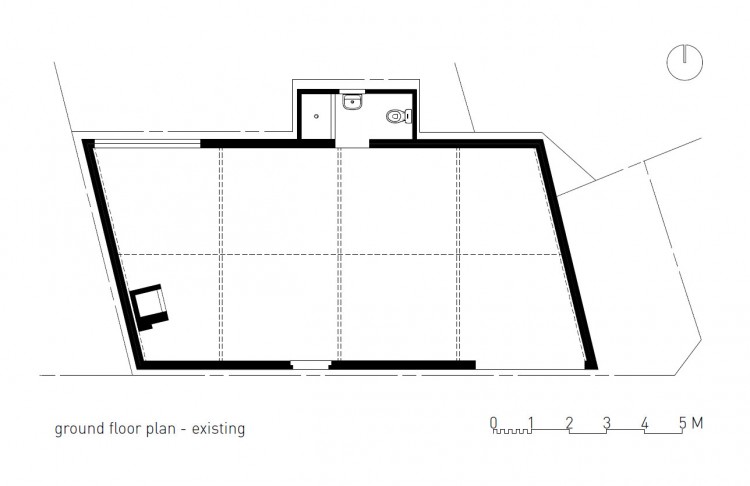 The project responds to the city’s growing need for adaptive reuse, meets the constraints of a limited budget and addresses the long term needs of owners who wanted a home that would reduce the use of traditional (costly/polluting) energy requirements – all without compromising the level of amenity or comfort, in fact improving it, while maximising privacy and renewing/greening a forgotten lane way.

The building has a north-facing roof that has been set up with solar panels to harness the sun, there are operable doors and windows from north to south to allow good cross ventilation so there is no need for air conditioning, while the thermal mass of the concrete floor holds the winter sun to warm the building in the colder months.

Along the southern wall a full bank of kitchen/storage on ground level, and robe/storage on the first level, has been installed as an effective insulator from the adjoining lane way.

Influenced by the city of Tokyo where land is scarce and buildings are designed to fit onto very small parcels, the owners set out to design a new building within the fabric of the old factory that responded to the  natural attributes of the building – Freestanding and north facing on its longest side, a double-height open interior, a rear lane, and the opportunity for vistas over established neighbourhood gardens.

Despite the size of the building the new interior has 1 bedroom, a study (or alternatively 2 bedrooms), 2 bathrooms, kitchen, dining, living area, storage, 2 courtyards and garden, an upstairs deck and clothes drying area, and internally maintains the double height volume of the original building. A small parking area has been created to one side of the building. The building shows how much you can achieve in a very small envelope without compromising space. 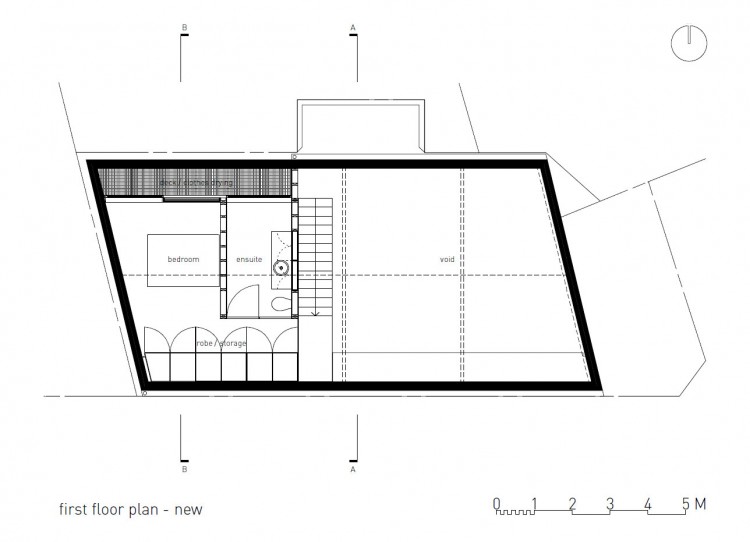 The house is divided into public and private zones over two levels. Entry is via the original door opening, once a roller shutter and now a four metre wide zinc sliding door that both connects to and completely shuts off the lane way as required. The entry threshold provides a mediating space to the living area and is the joinery spine and thermal buffer on the southern side, running its 12 metre length from living, dining and kitchen to study. It contains the kitchen, general household storage, laundry, storage for the study and robes for the bedroom upstairs.

The main living area maintains the building’s original six metre high interior volume. The ceiling is lined with corrugated steel from the old roof, and a second roof was laid over the top with insulation placed in between. Off the dining area, a new courtyard garden was established where the old bathroom once was, opening up the northern wall and allowing light in. In summer the sun is controlled by the height of the courtyard wall, and in winter the sun creeps further into the building, warming up the slab. At night the external lights in the courtyard bounce light back into the building to create a very simple and effective way of reducing the energy needed to illuminate the interior.

An integrated system of floor to ceiling sash windows and sliding doors is used in the bedroom on the upper level and the study on ground level, allowing each room to open up to the elements. In the bathrooms the large sliding doors allow natural ventilation and on the upper level connects you to the neighbouring gardens while you shower. The very simple bathroom plan includes plenty of storage (concealed) and uses materials that are easy to clean.

The private zone of the house is contained in the building’s new two level ‘insertion’. A steel mesh staircase constructed offsite and craned into the building connects the levels without wasting space or blocking out light. The same steel mesh is used on the upper outdoor deck to allow light and air to flow through the levels. At this end of the site, the northern roof is pealed back to allow light deep into the building and creates an external courtyard area on the ground level and an outdoor deck above. Here the perimeter wall is built up to provide further privacy for both the neighbours and the owners.

While so much now happens within the siteʼs small footprint, from the lane way the industrial building remains a secret little space, contained and private and not revealing its new life connected to the sky, the seasons, the breezes and the surrounding gardens.

One Comment to The Shed by Richard Peters Associates

A Tiny Apartment in Hong Kong Transforms into 24 Rooms