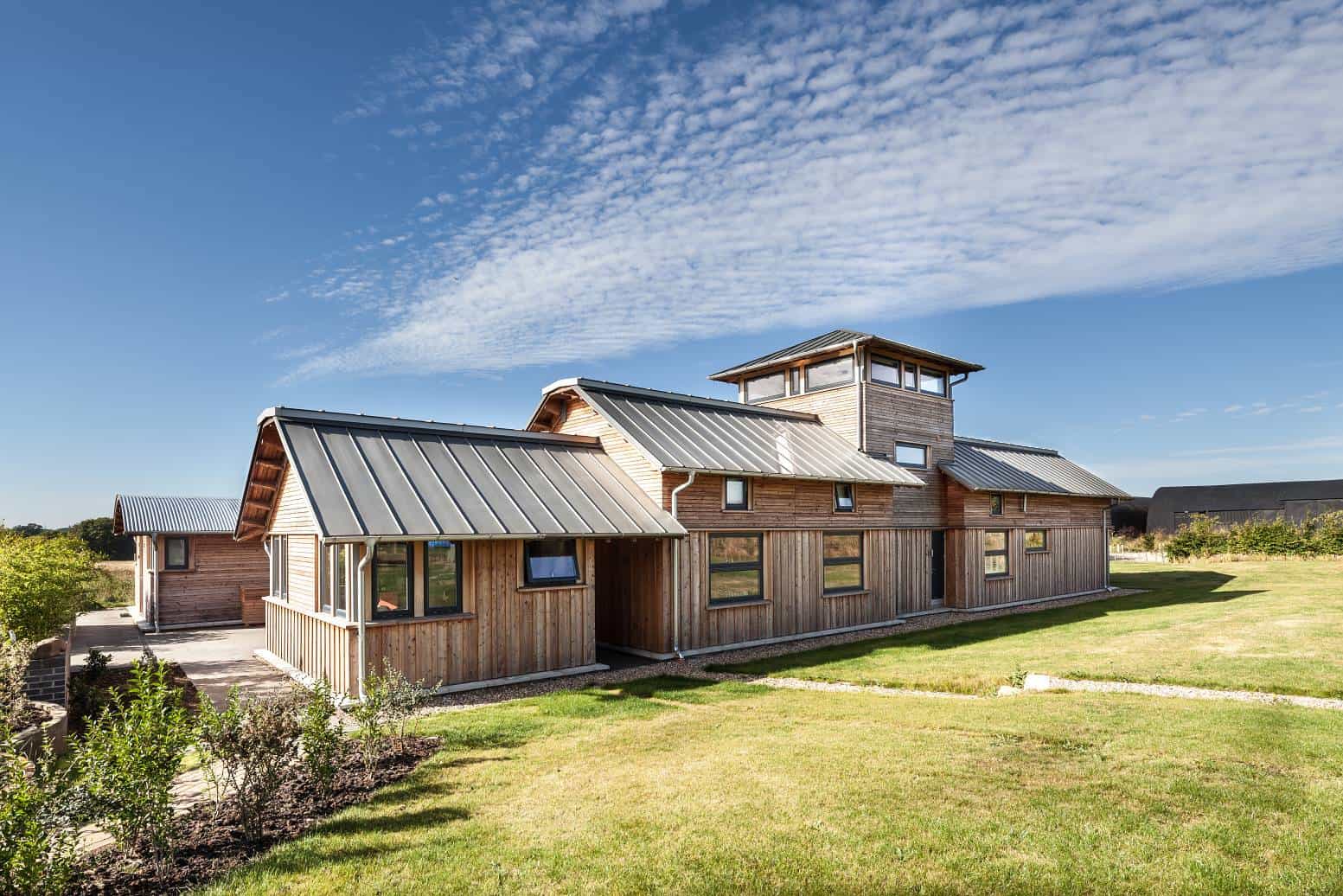 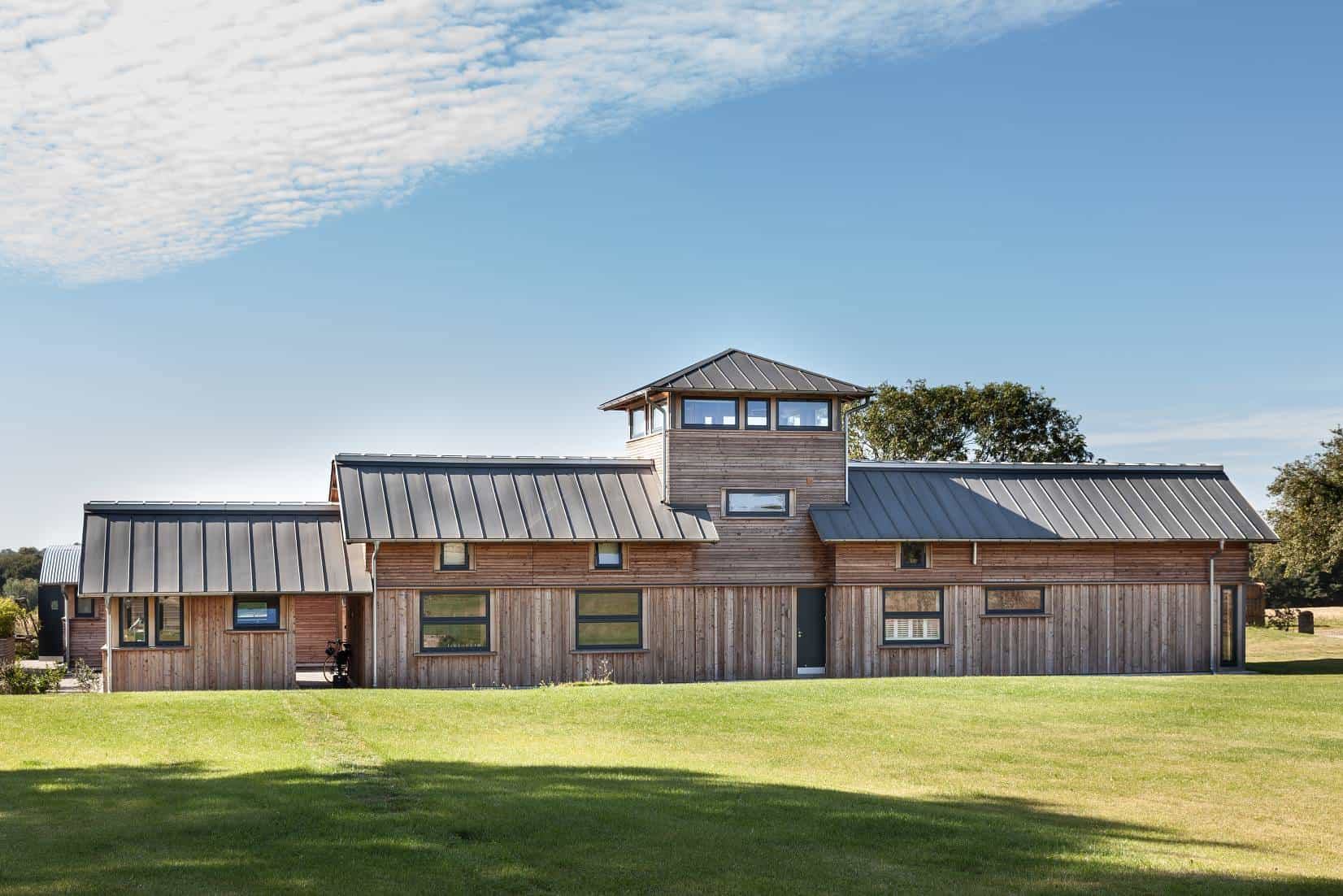 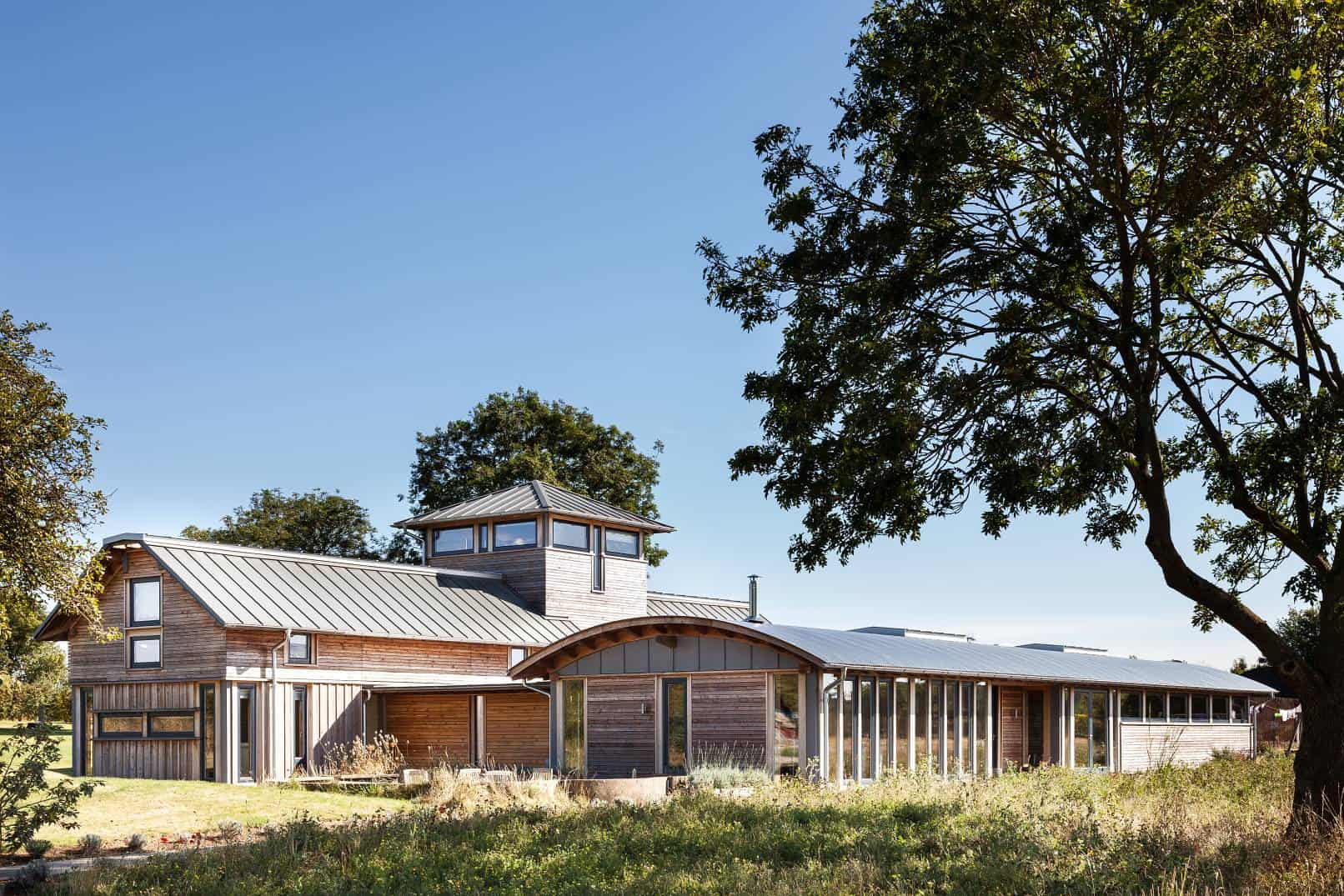 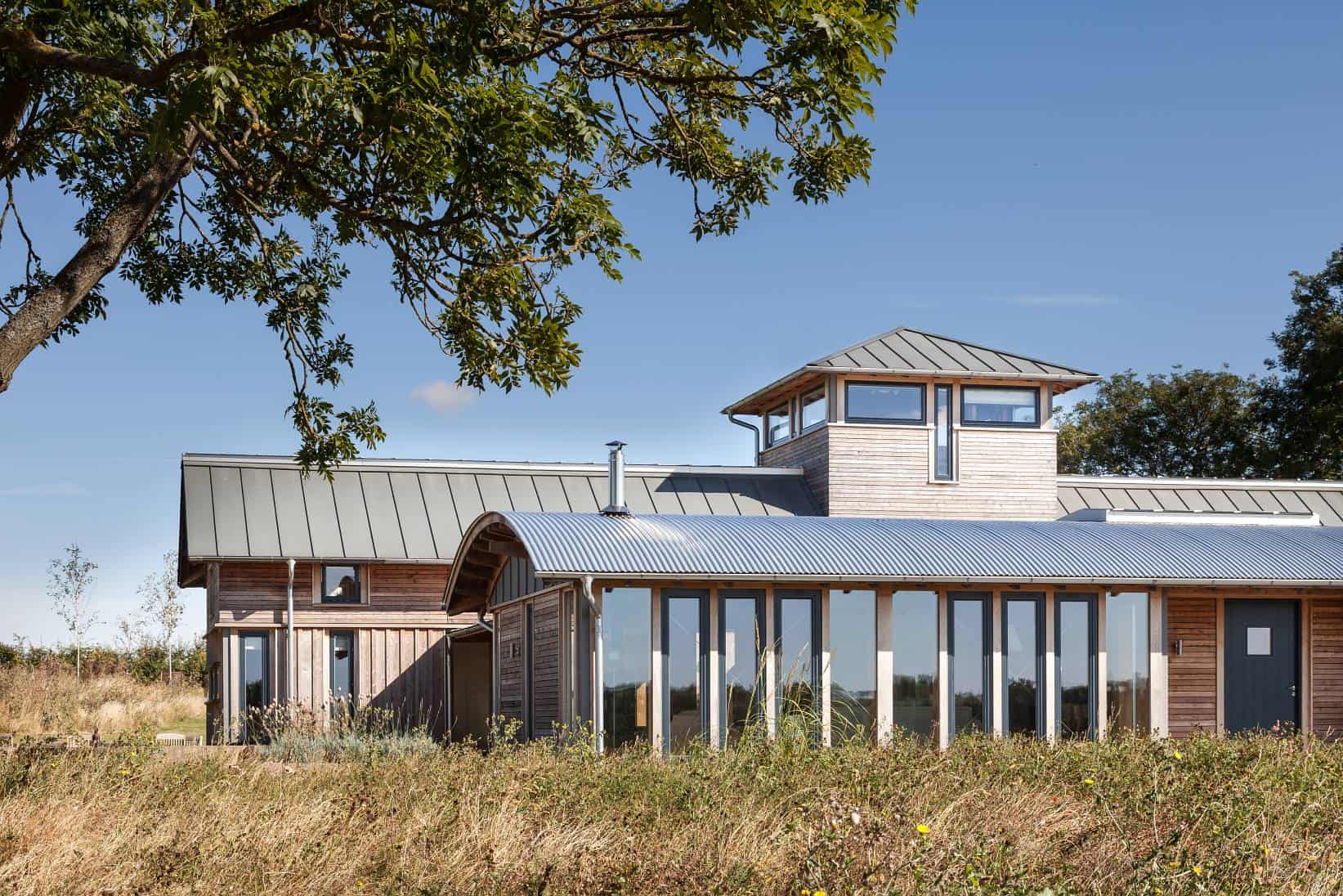 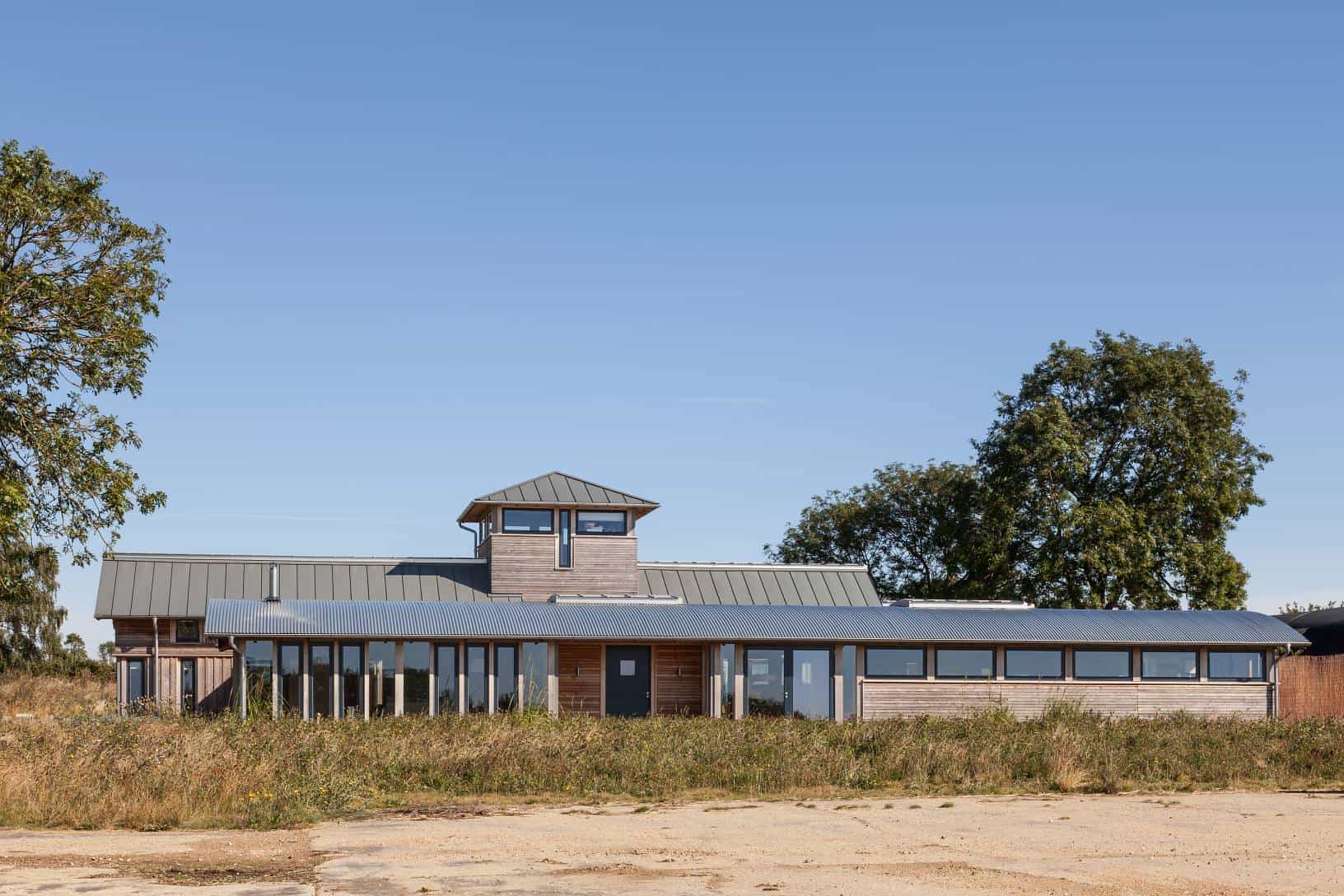 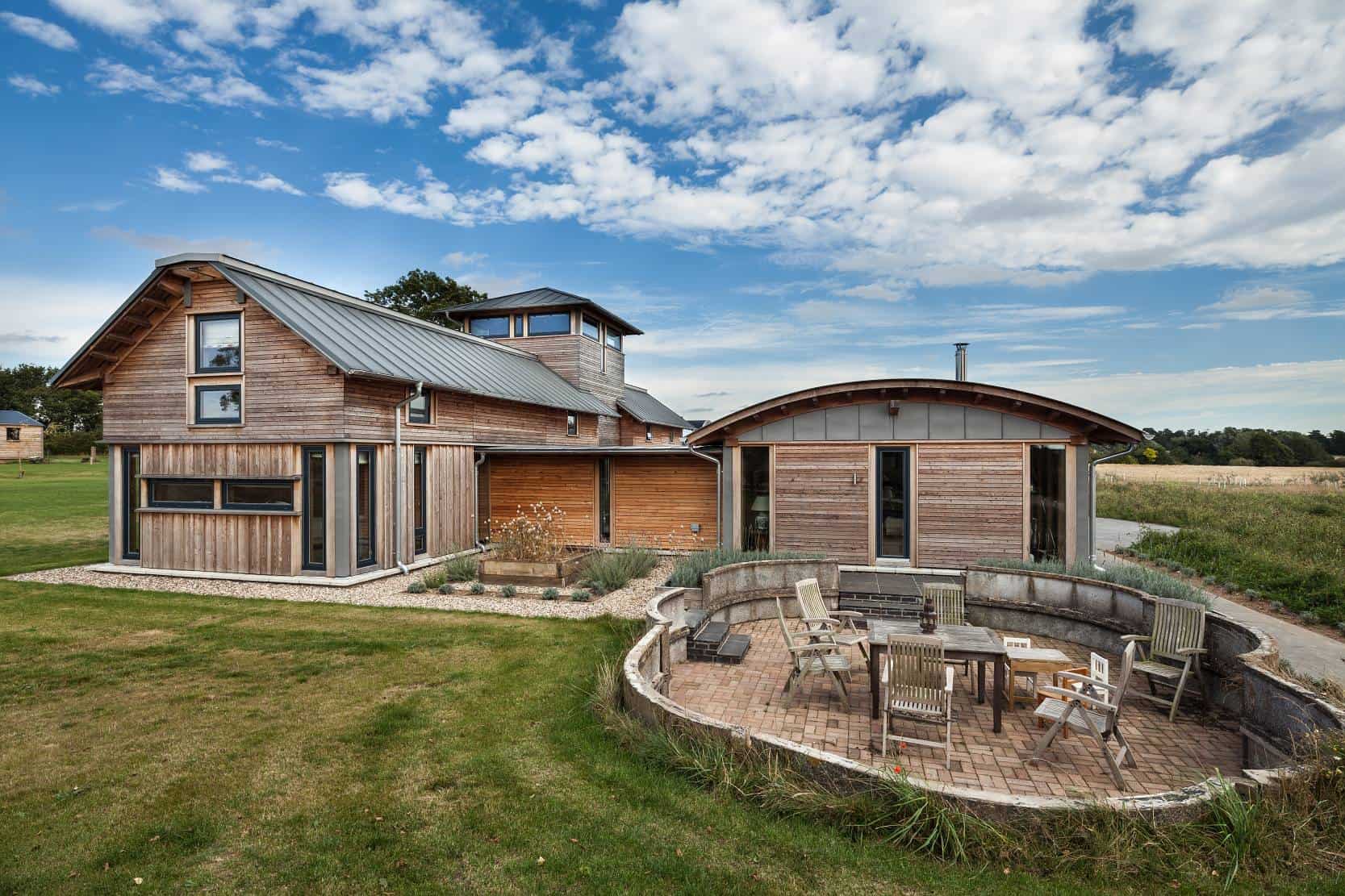 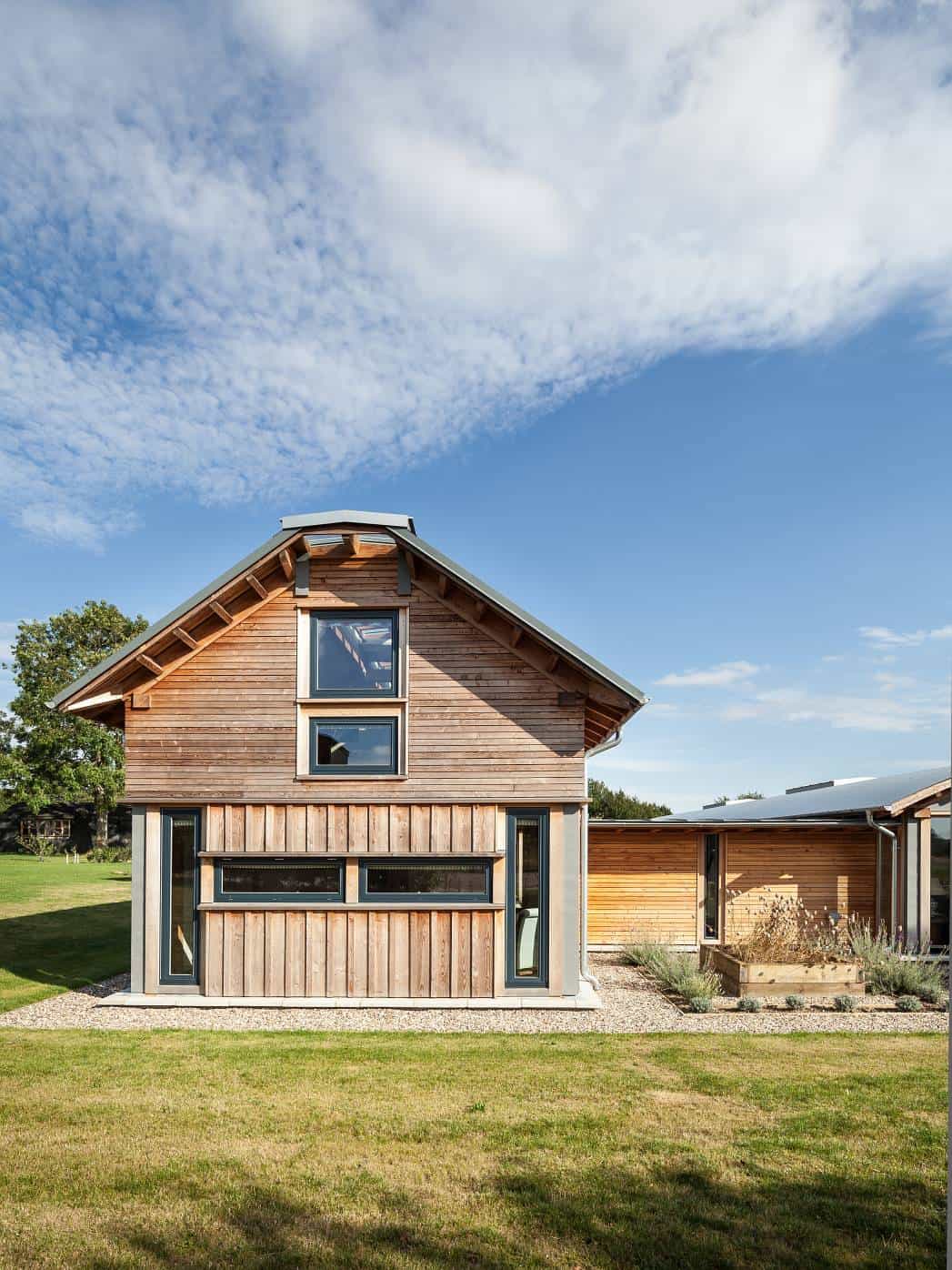 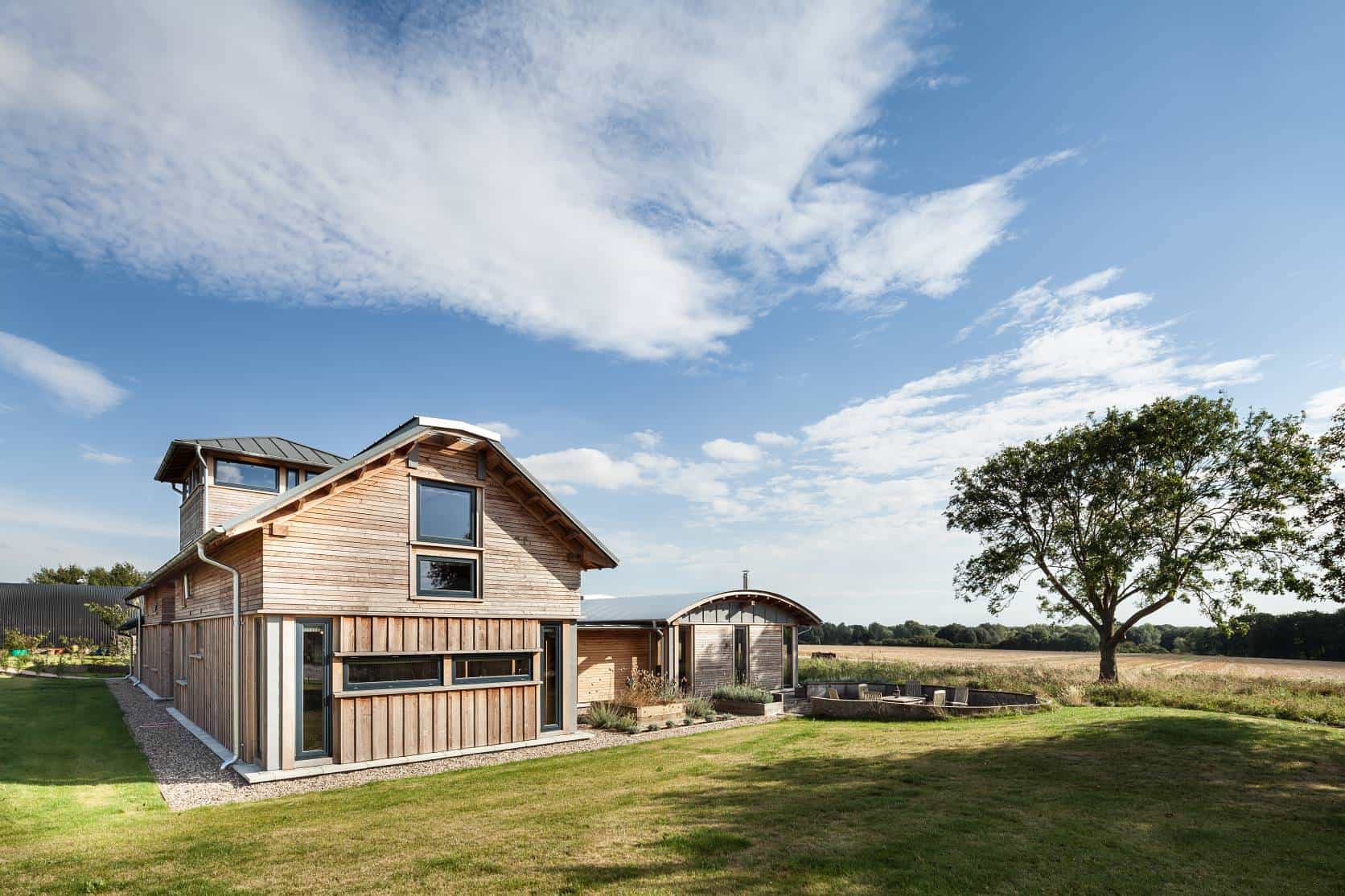 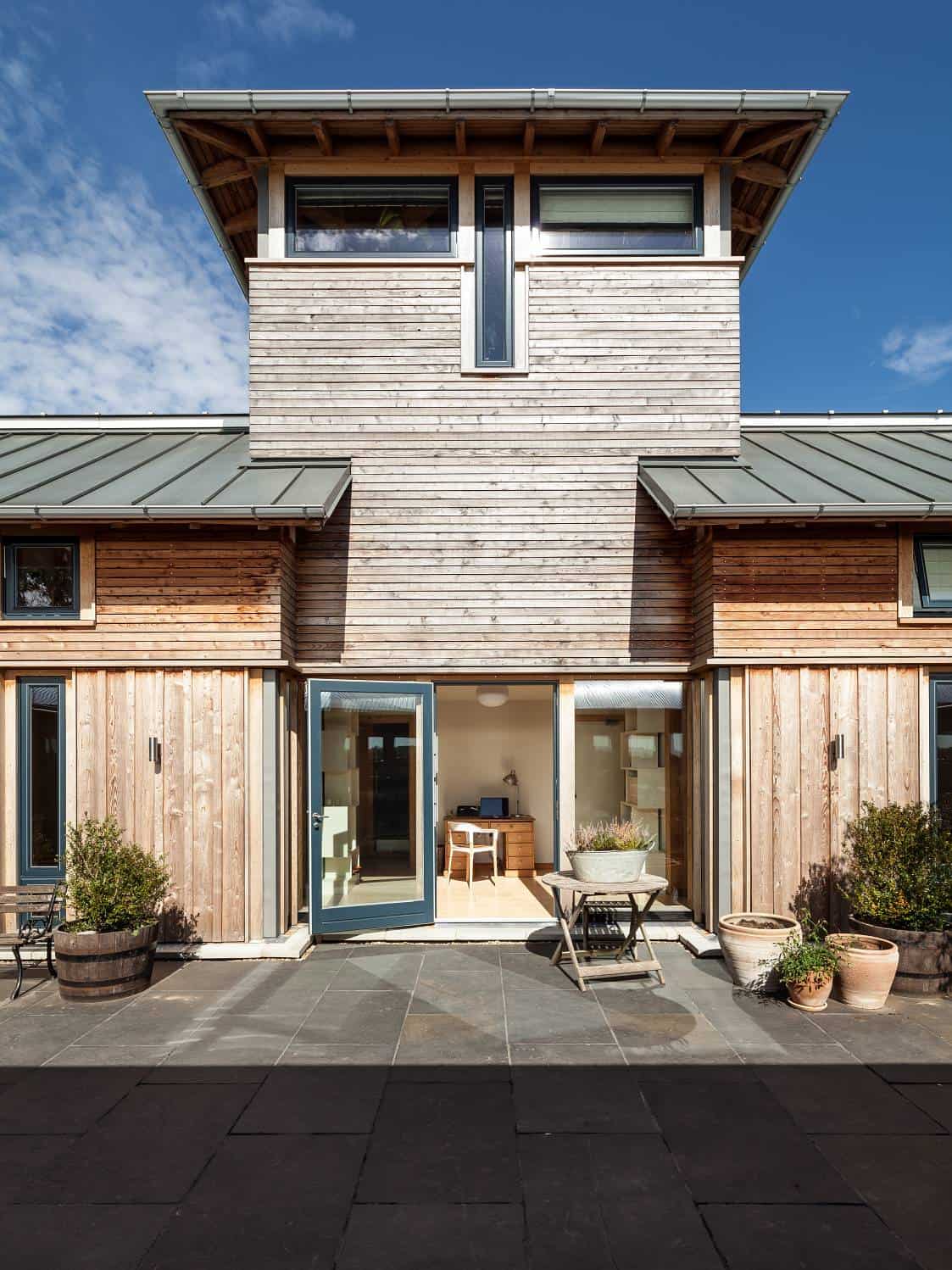 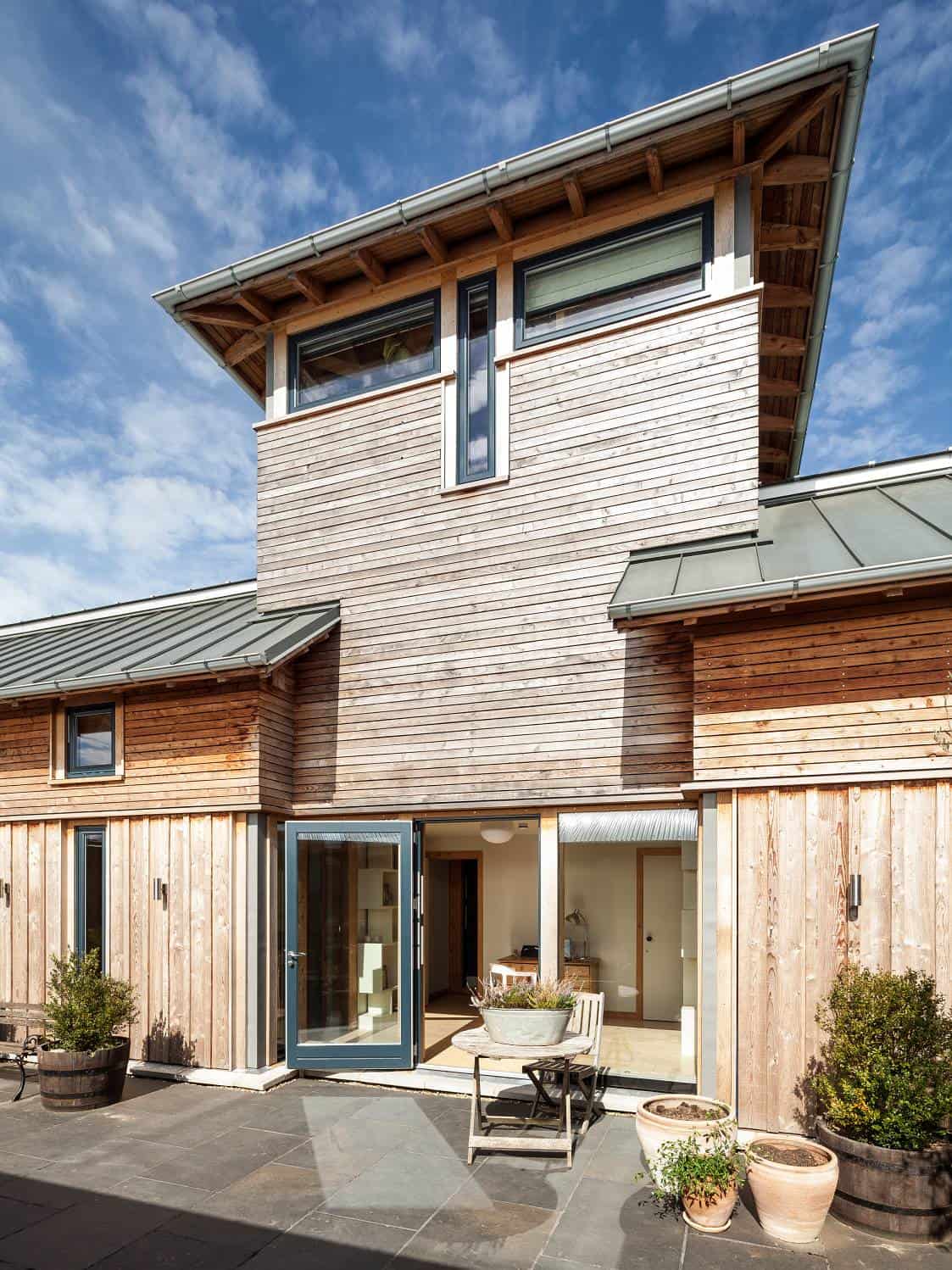 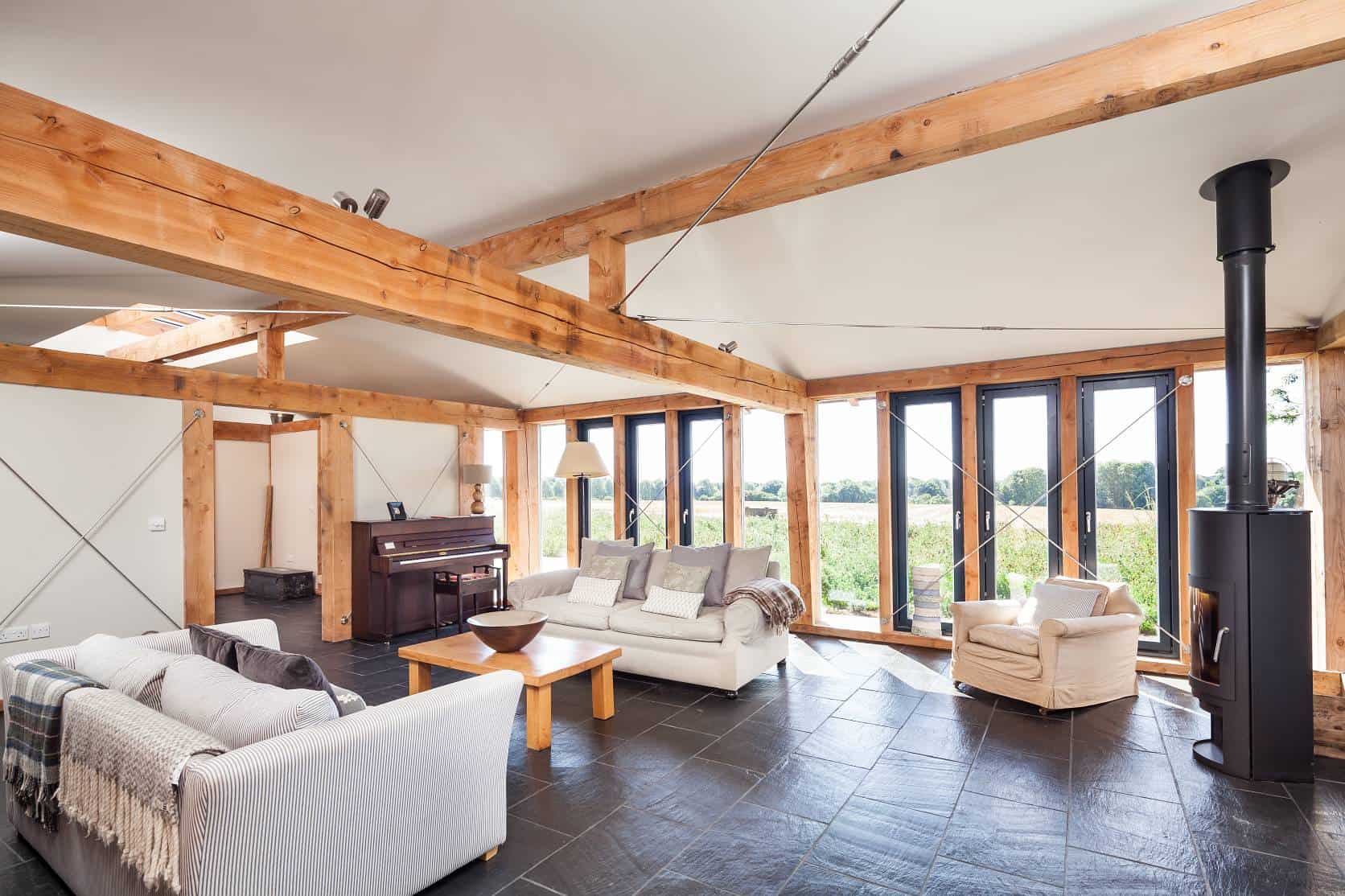 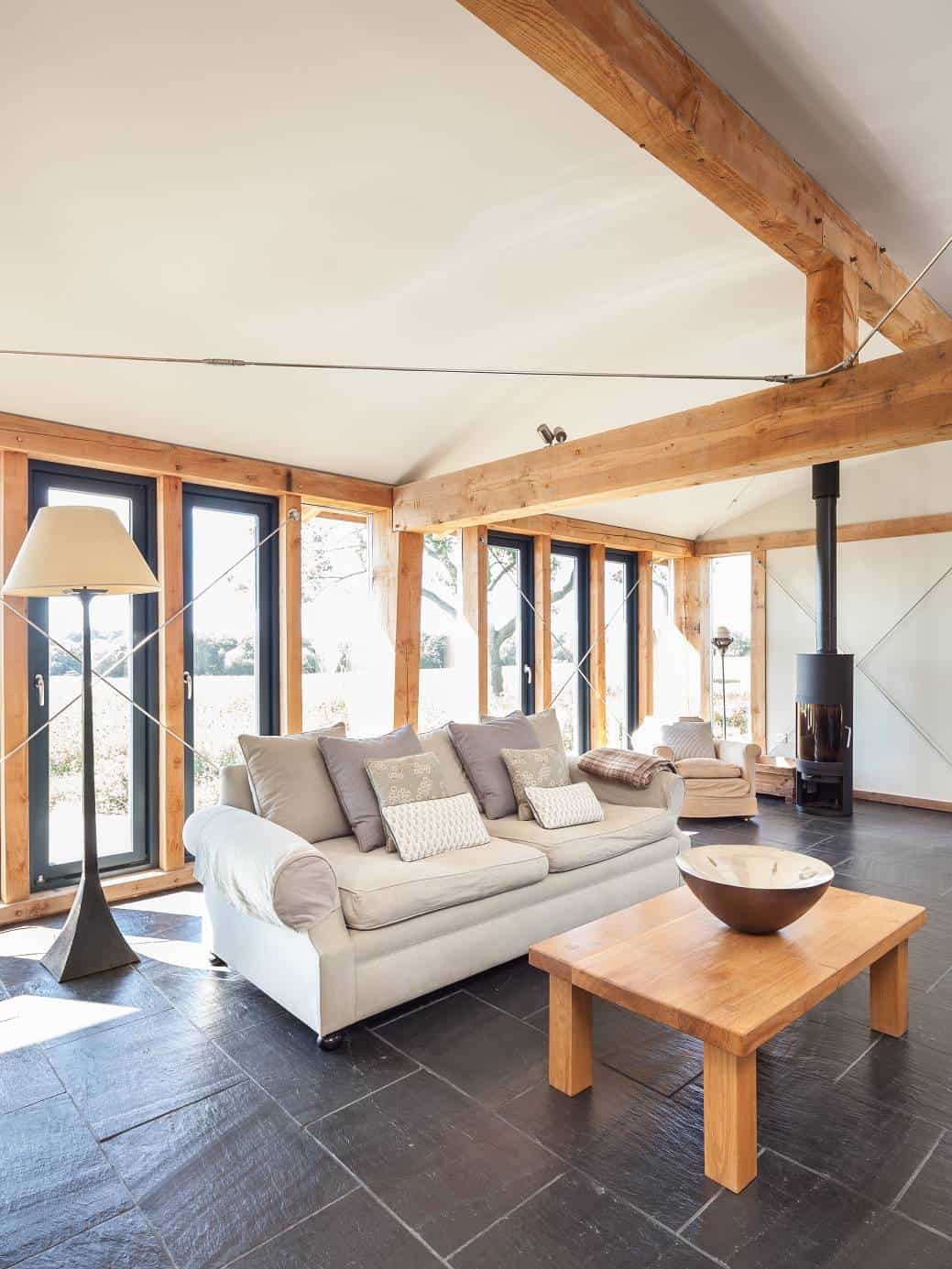 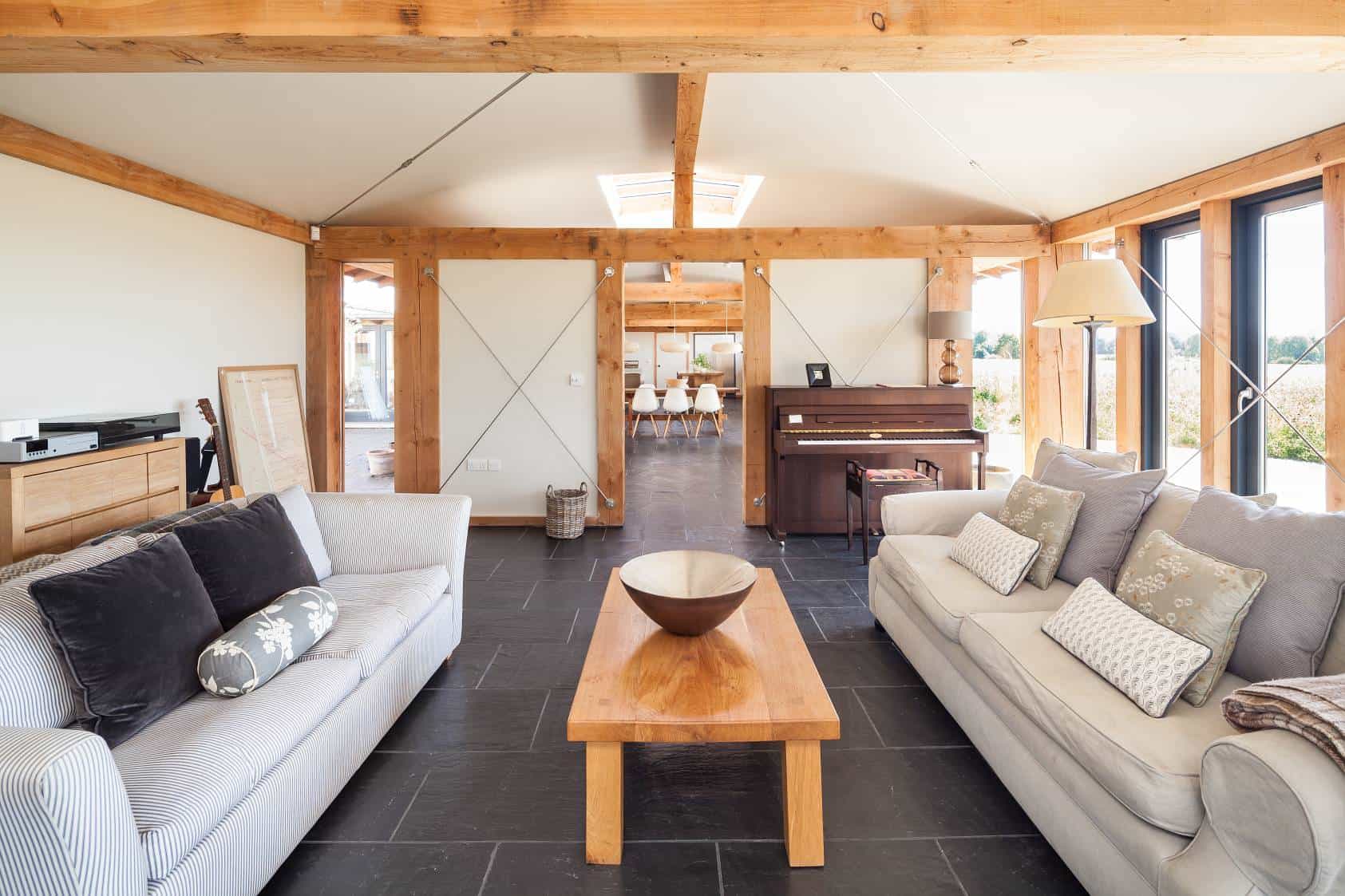 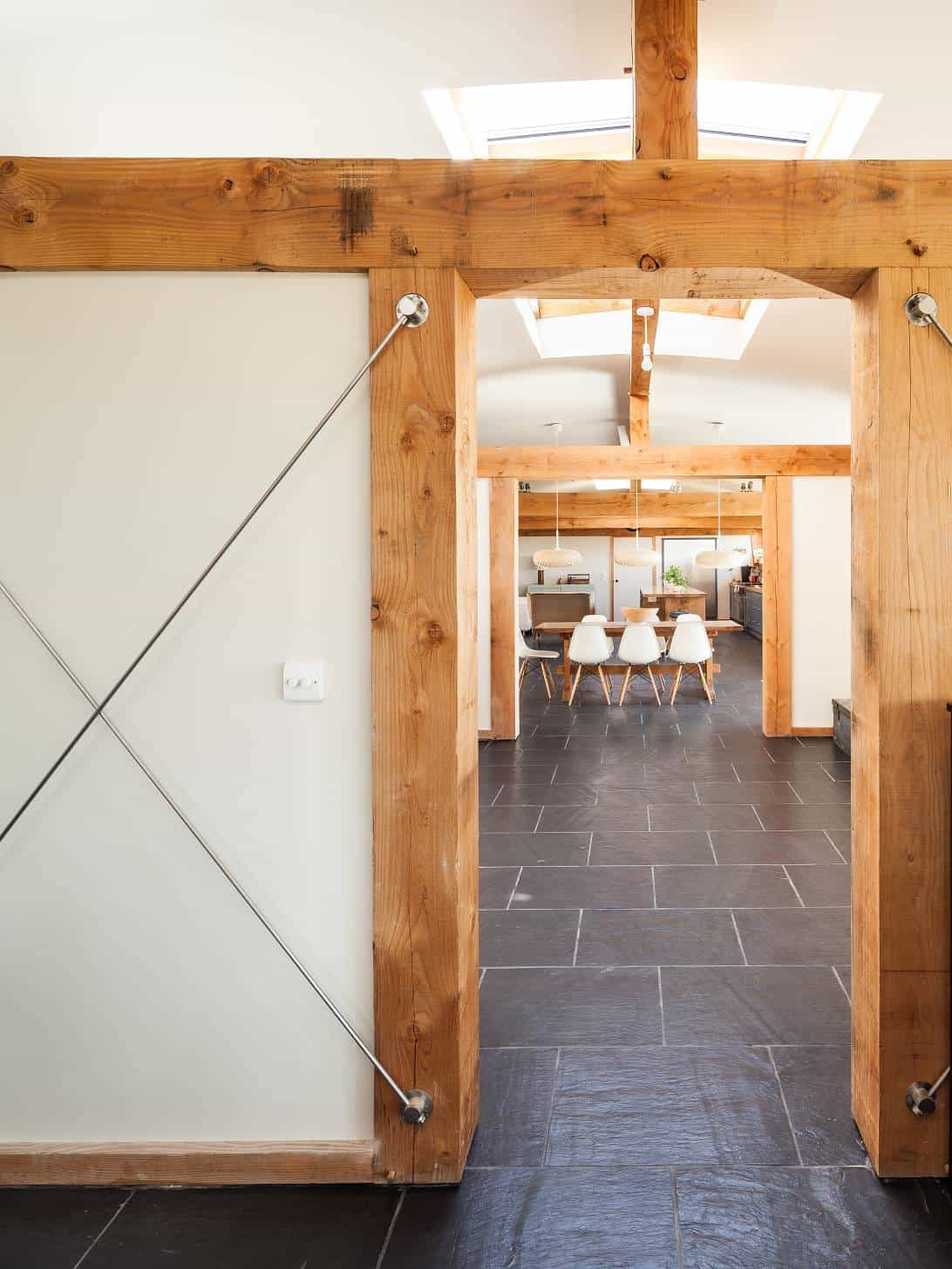 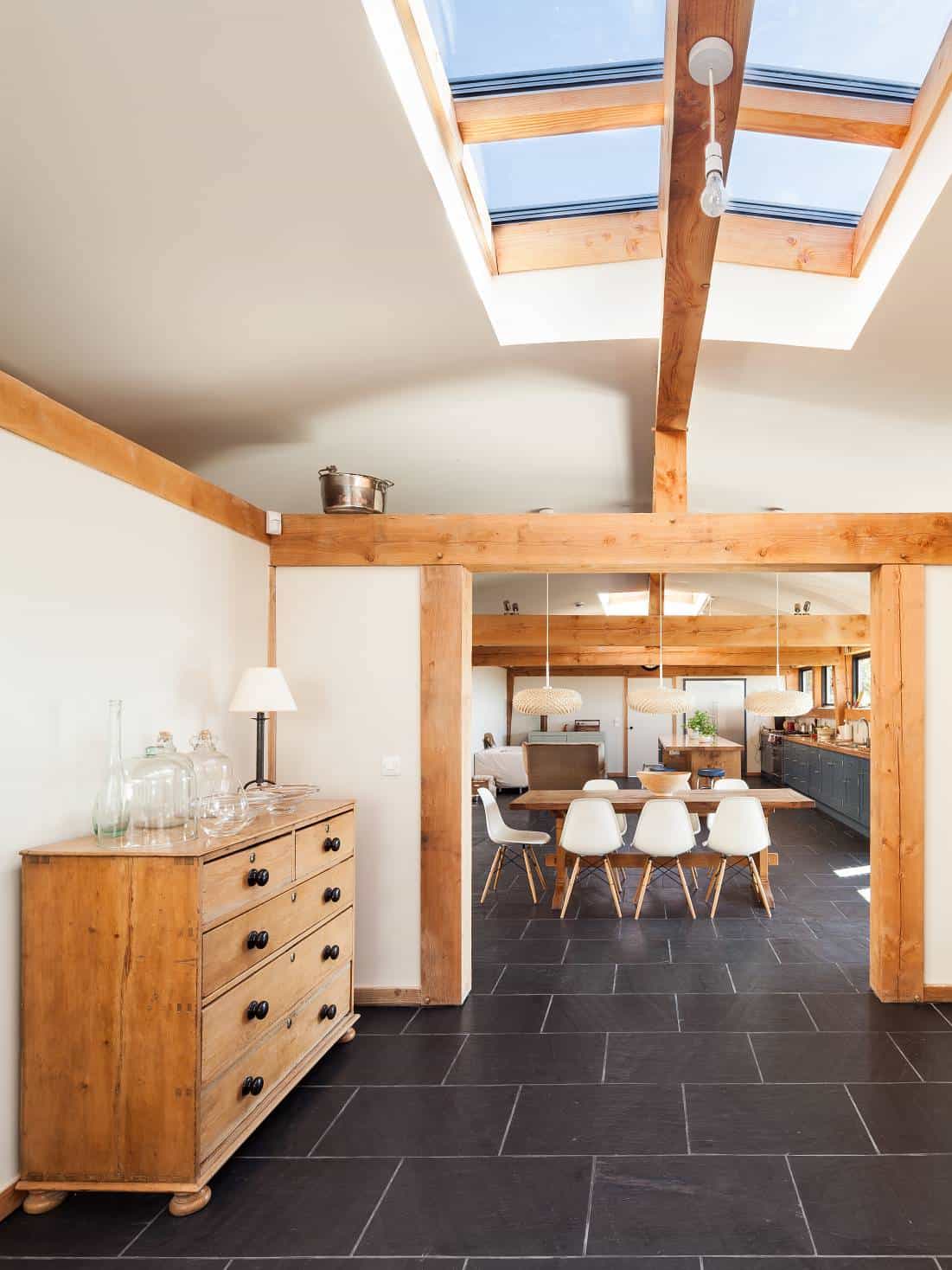 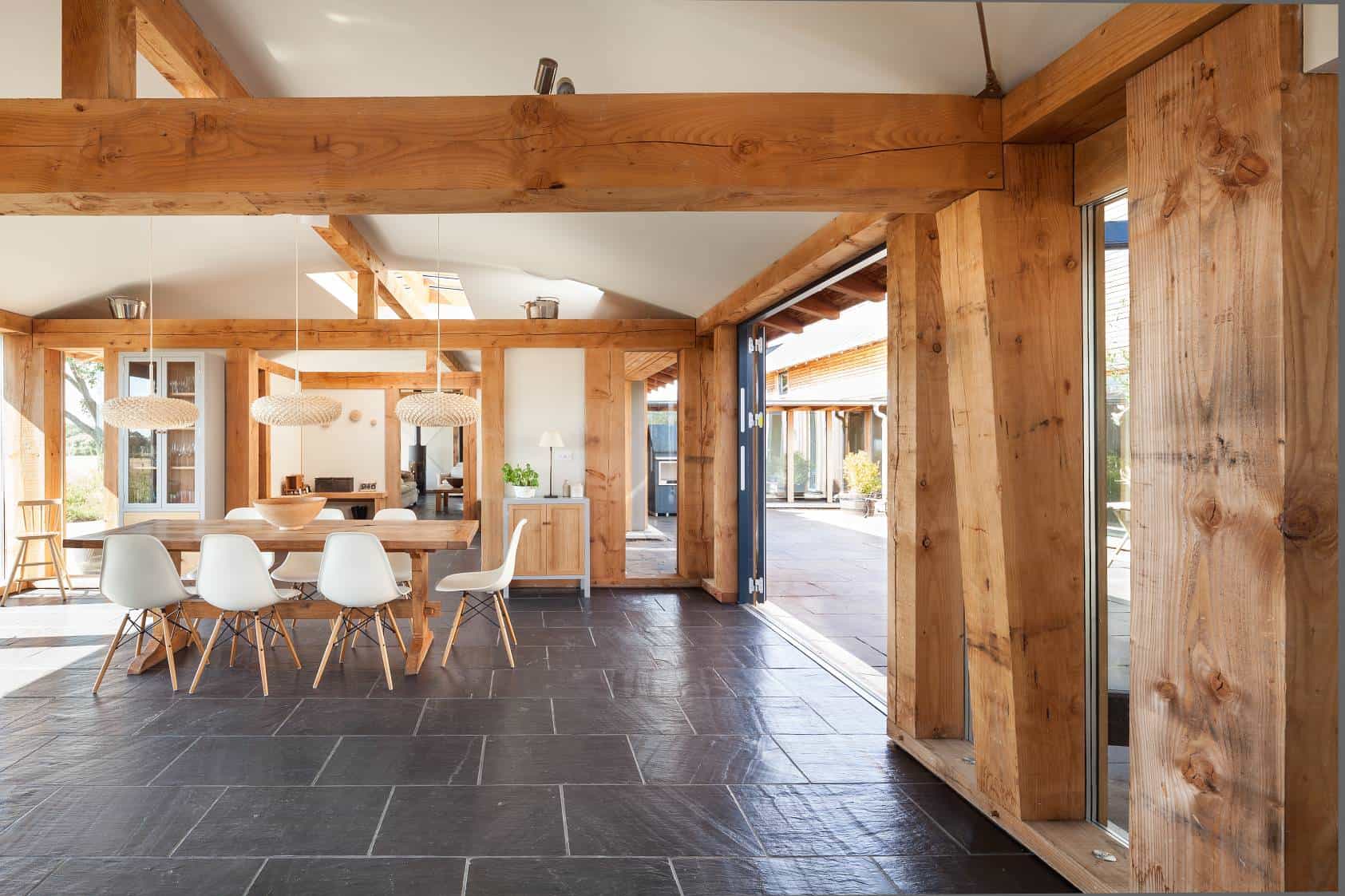 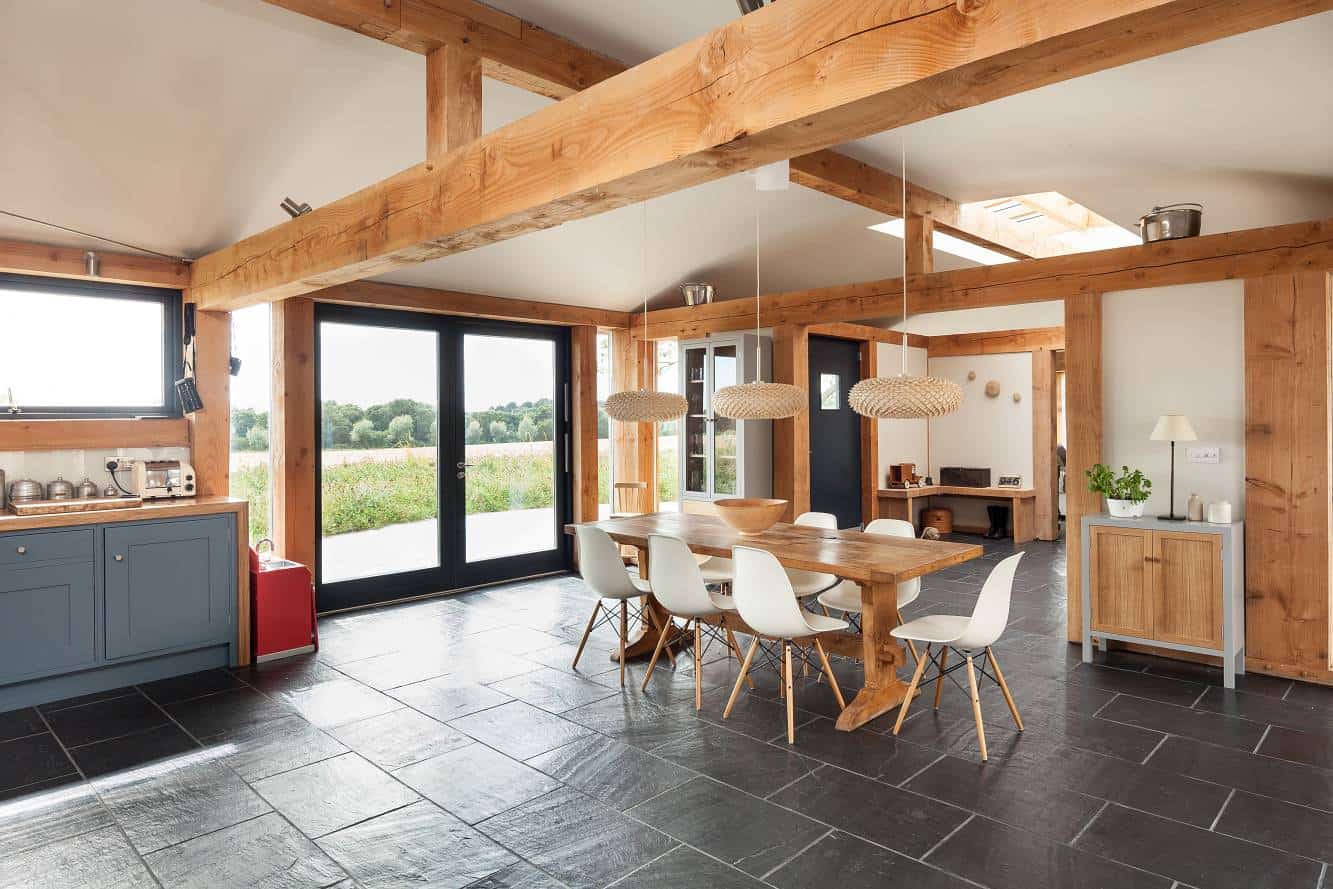 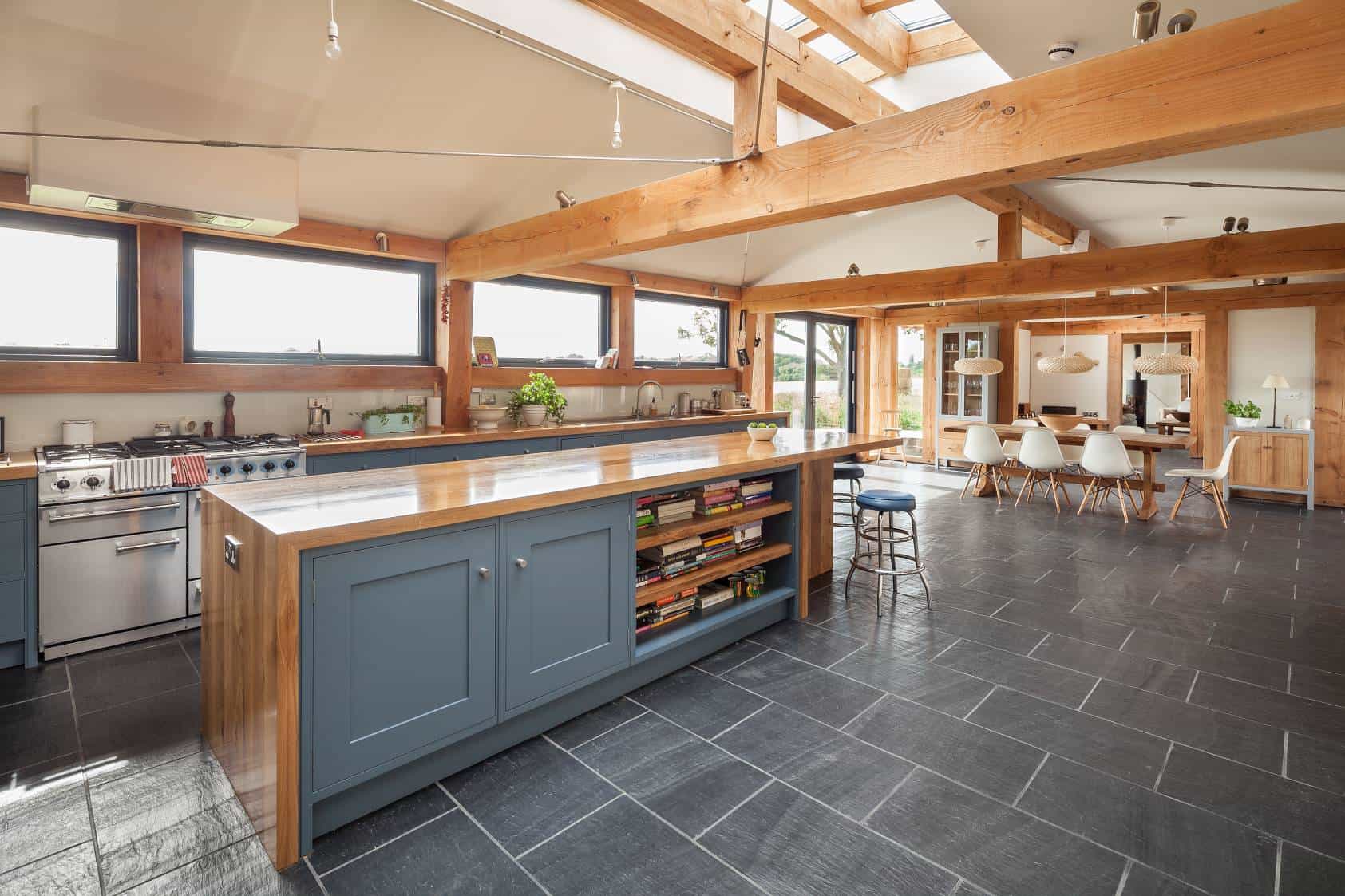 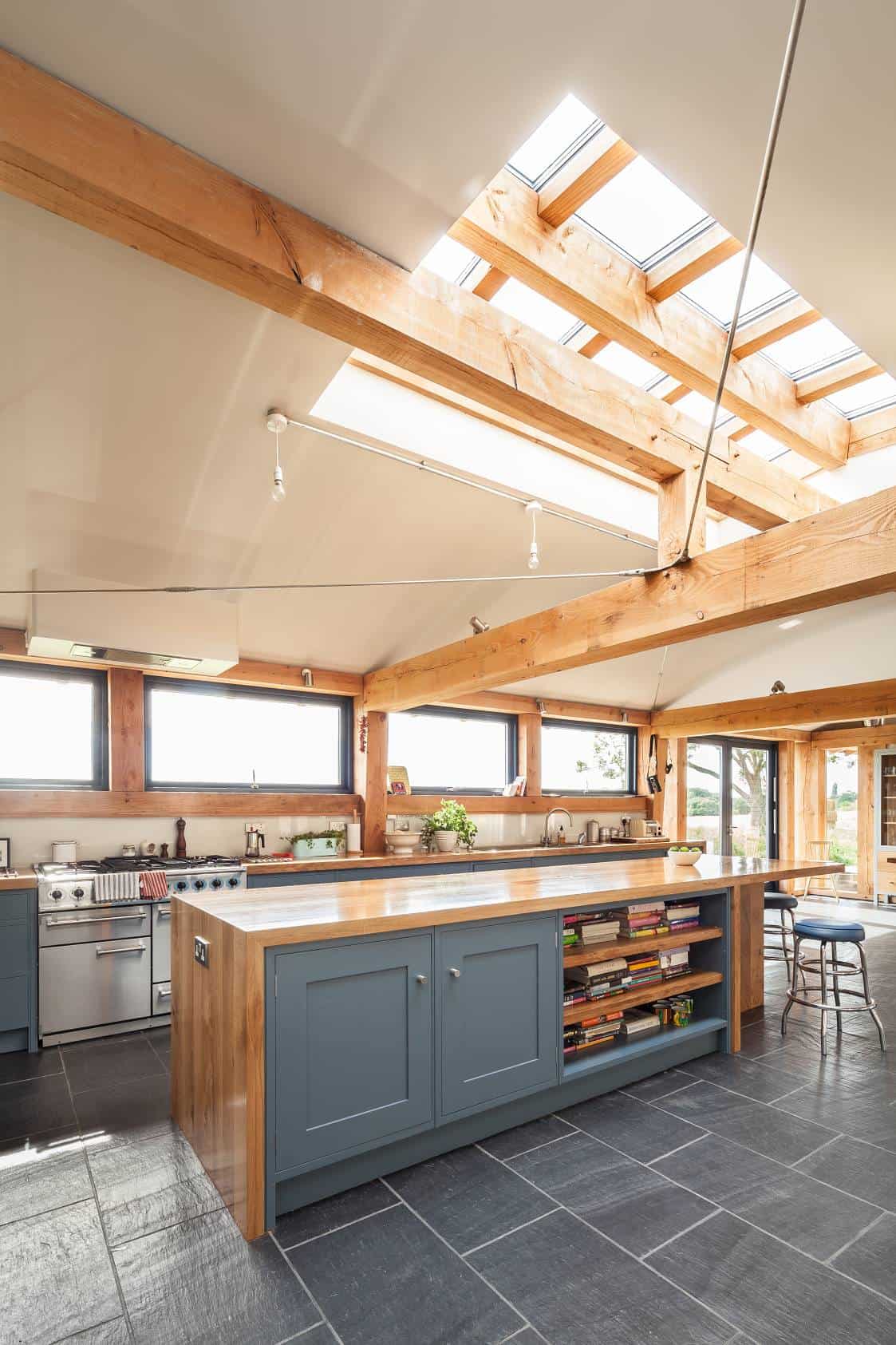 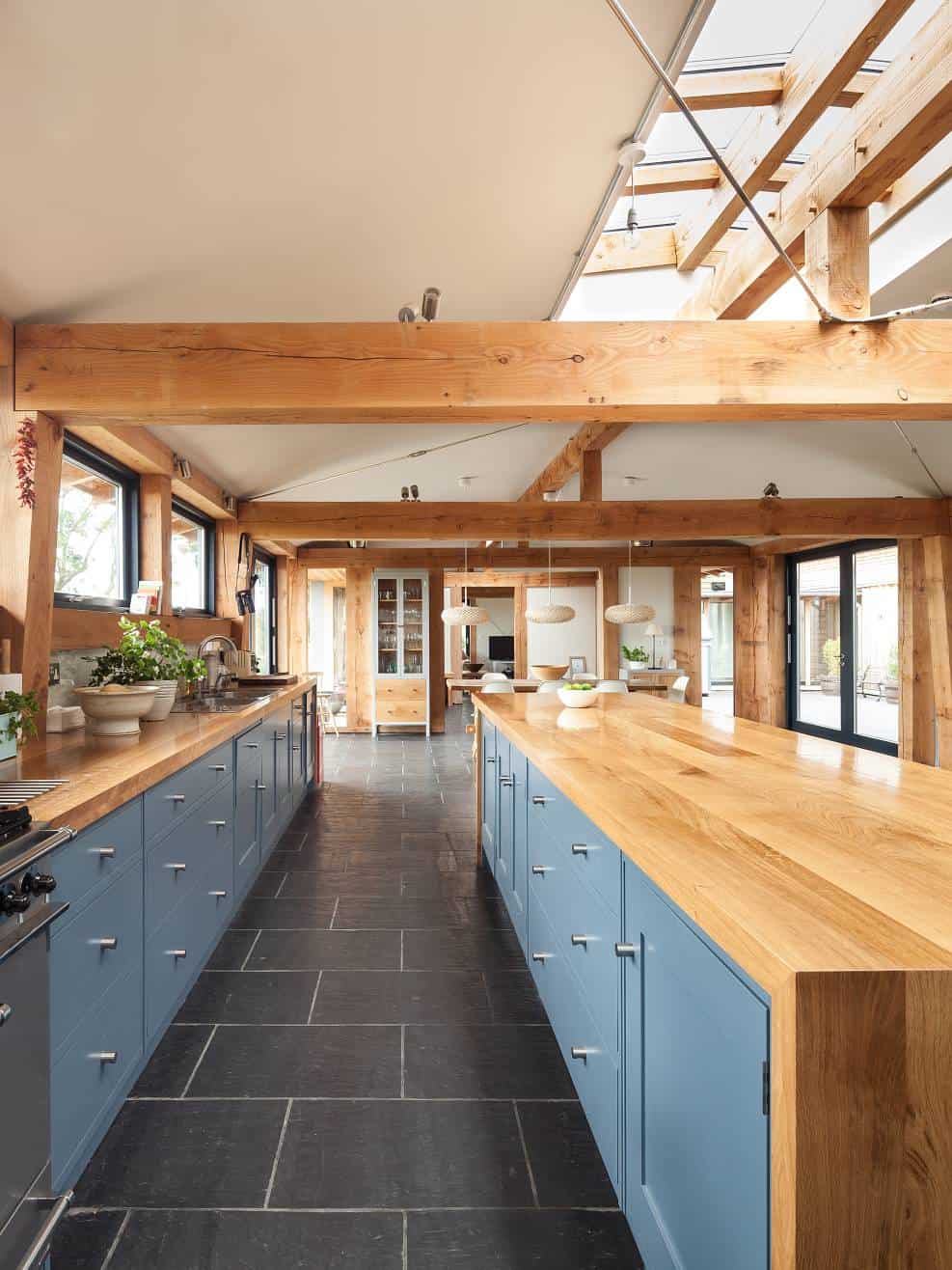 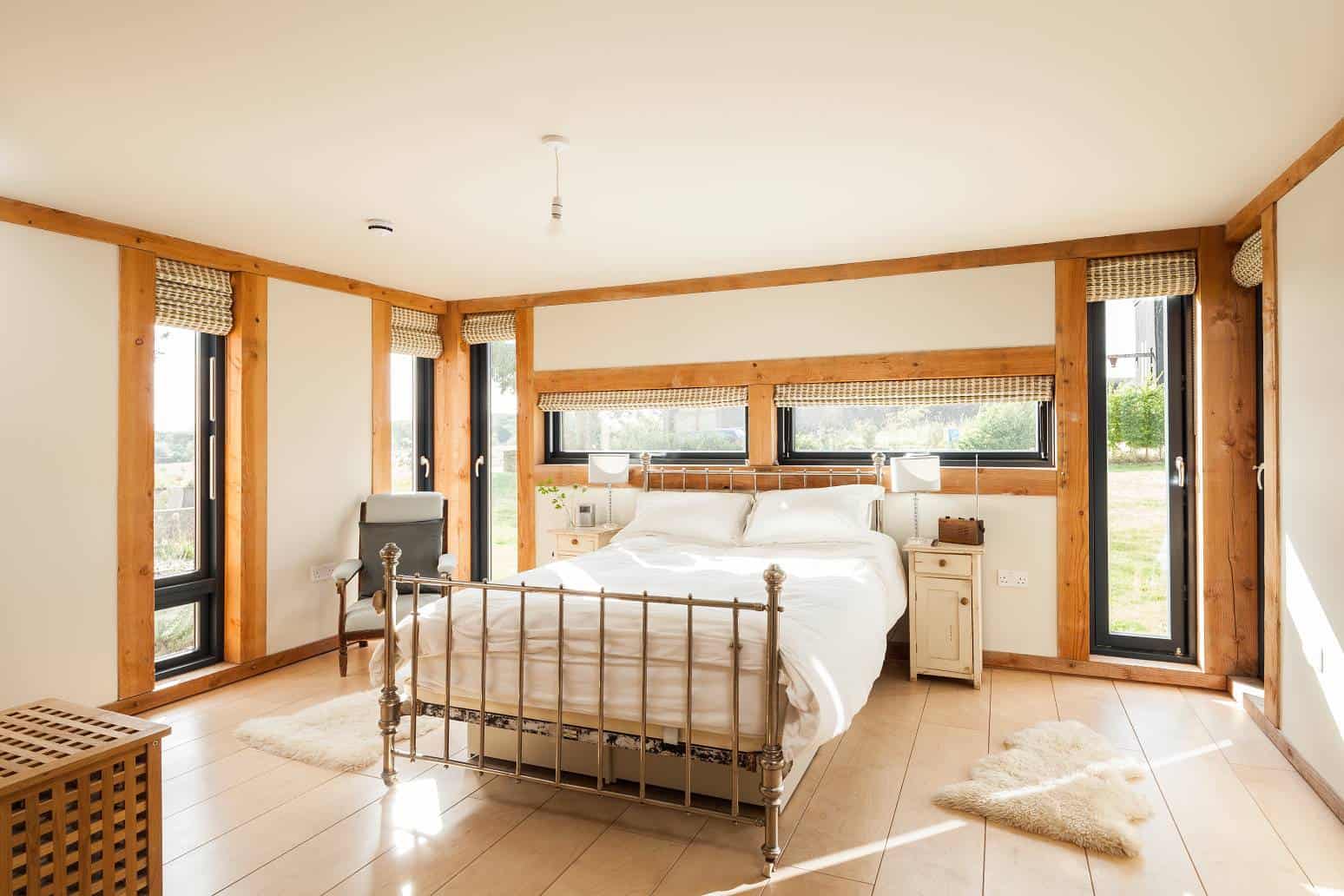 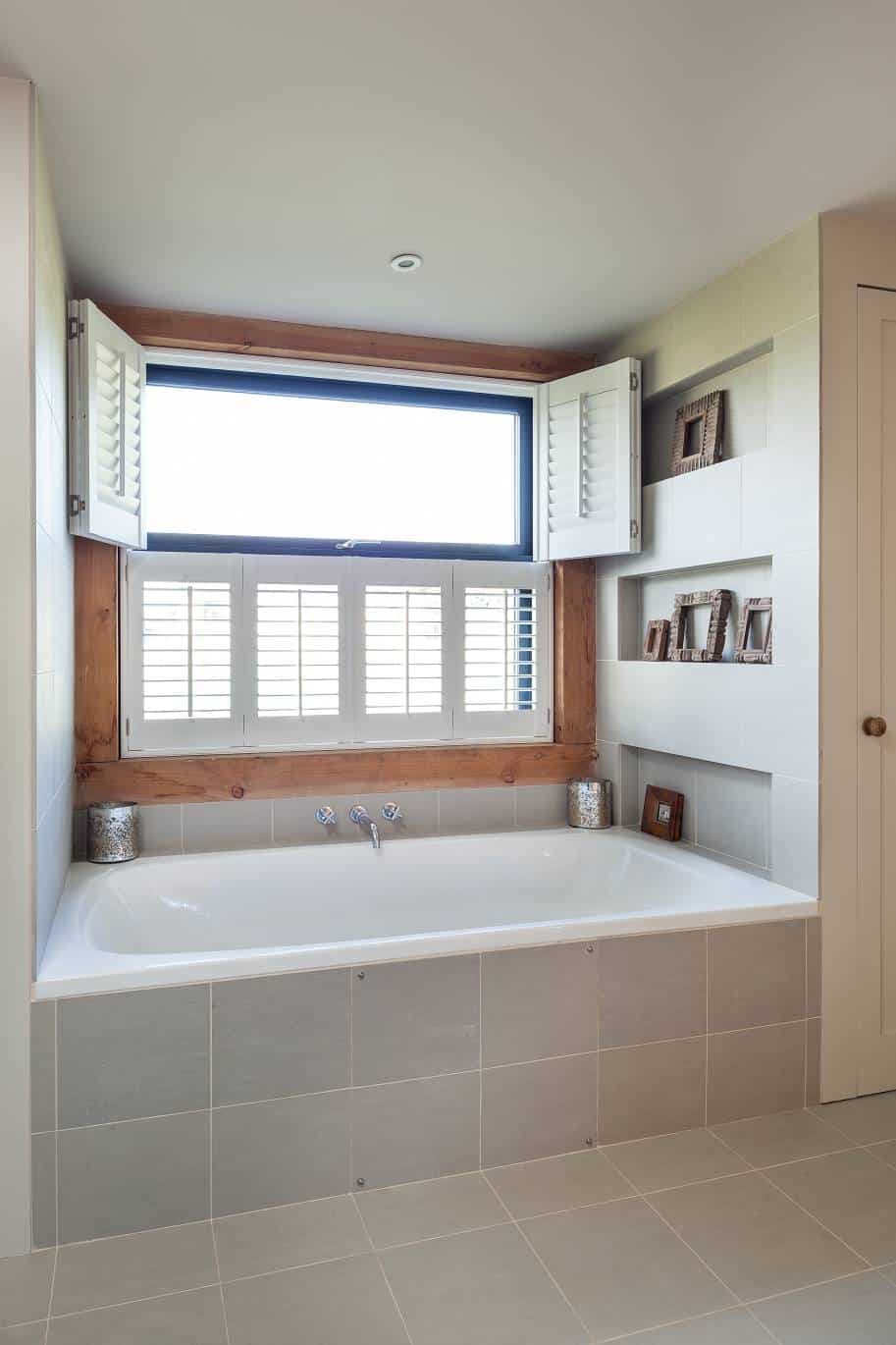 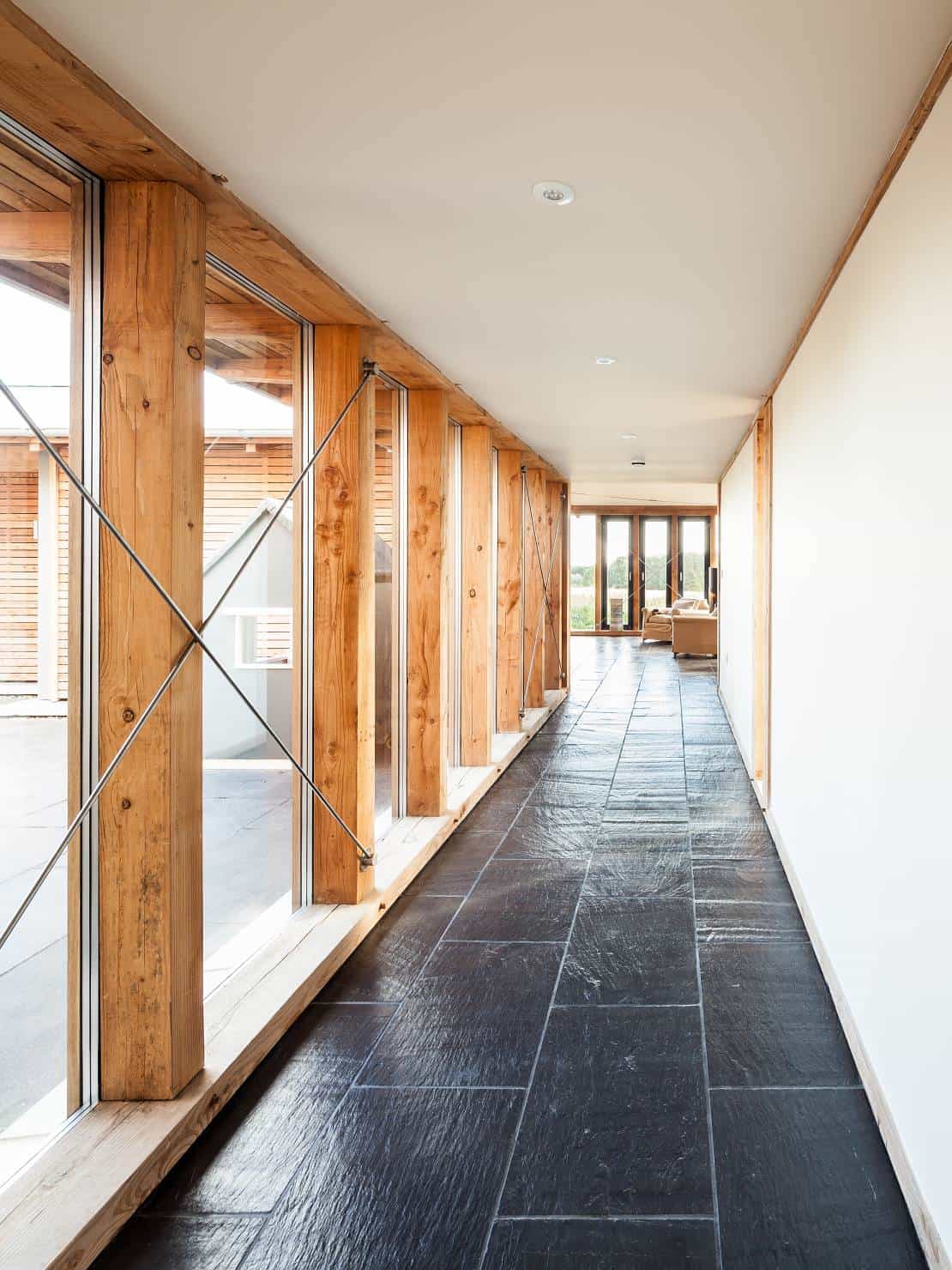 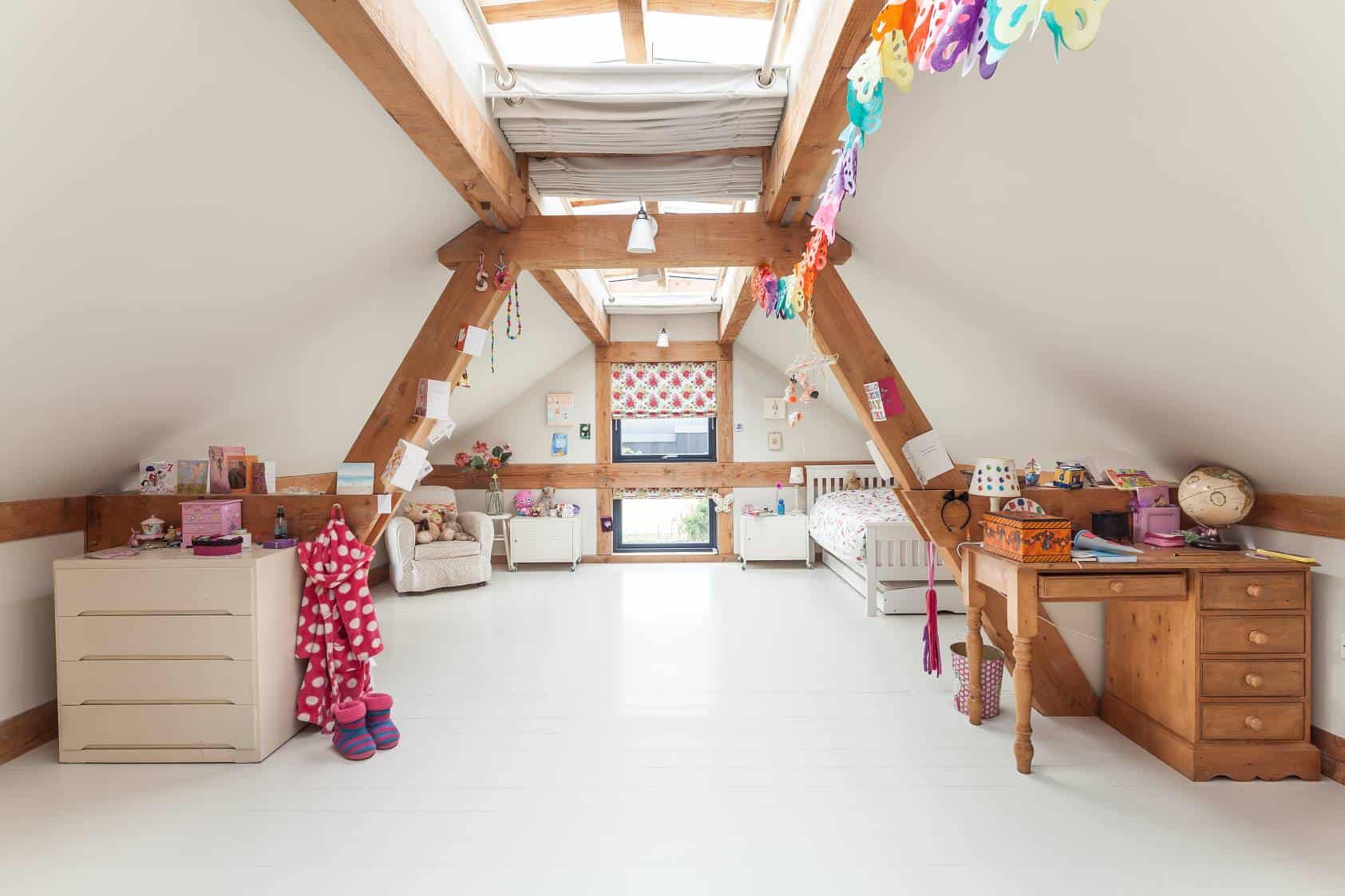 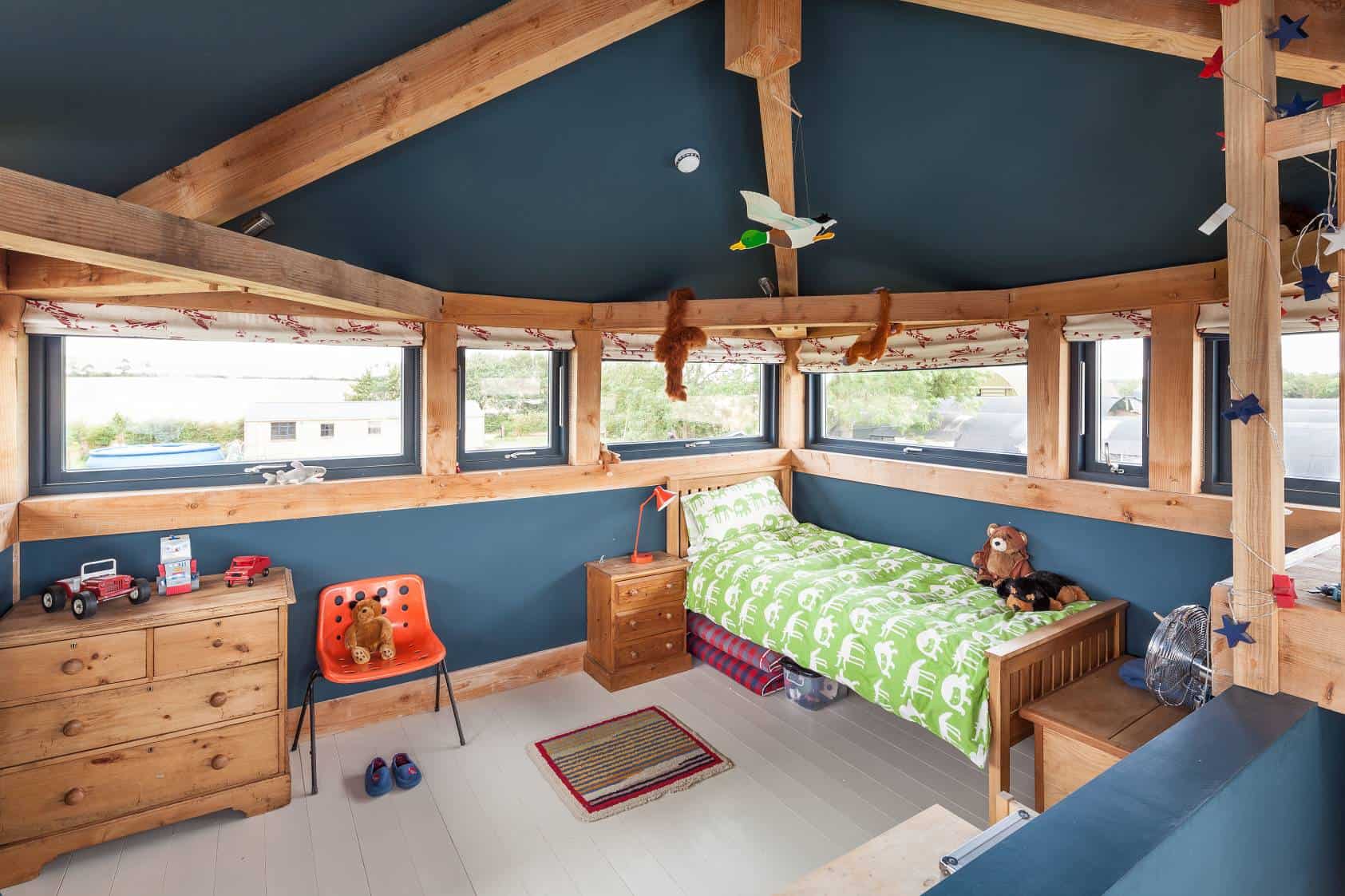 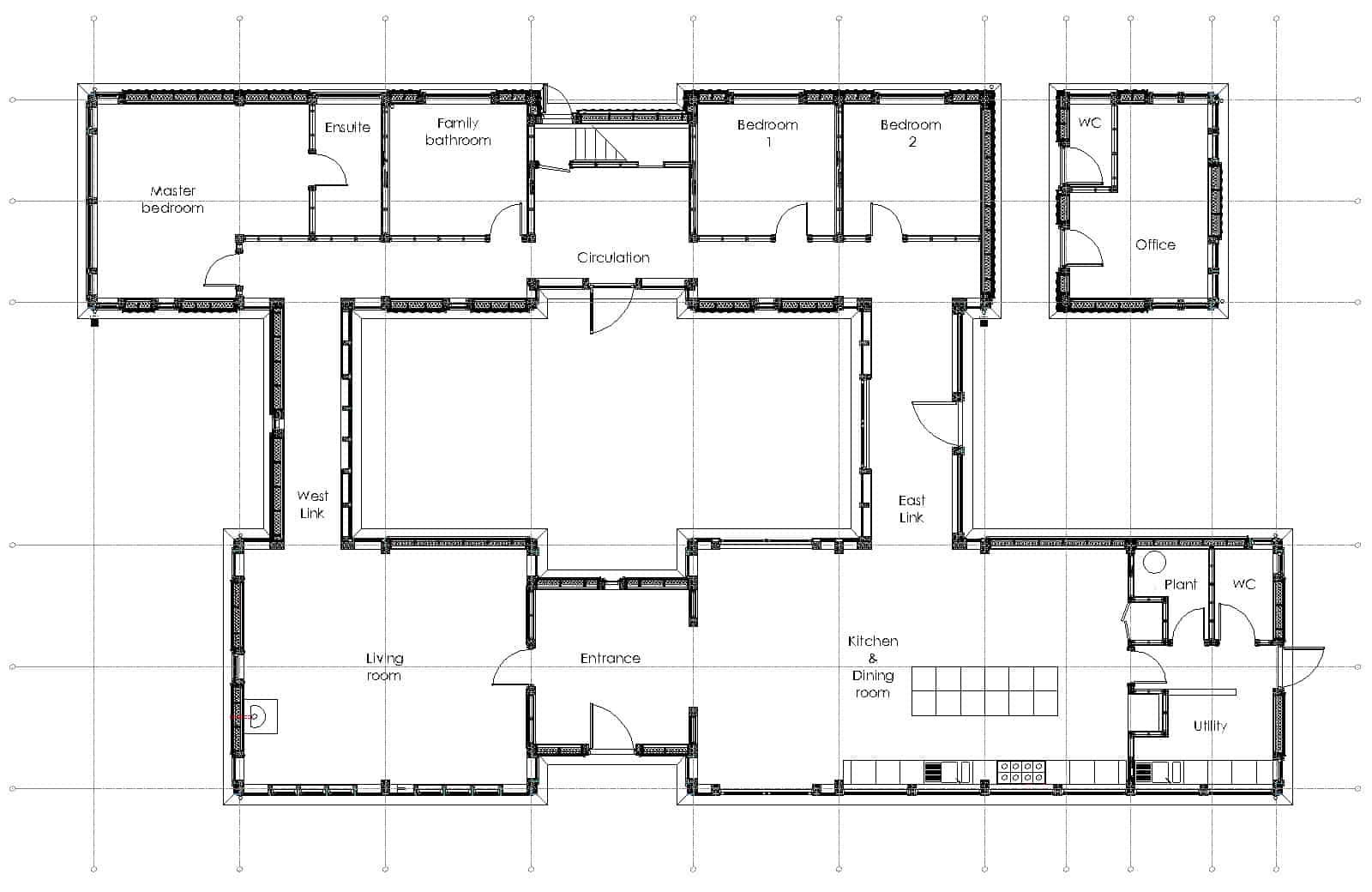 This World War II airbase located in Essex, UK was transformed into a beautiful farmhouse. 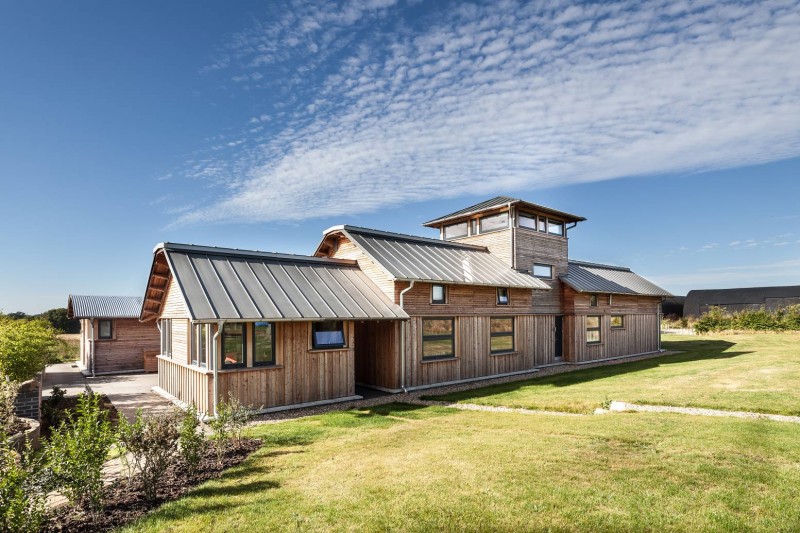 During the Second World War this magnificent building was used as an airbase and a shelter for no less than the USAF 381st Bombardment Group. What an amazing story for a building.

When the first commissioner laid eyes on the former building and the area – the initial response was: “Why would anyone want to live there?” There could have been a little girl’s dream cottage at the top, but that would have looked strange in comparison with the rest of the environment. That is probably why the farmhouse fits so nicely in the surroundings. Old barracks with bed areas and showers have been transformed into functional house quarters. The old farmhouse has now been completely transformed – now anyone would want to live there.

The Gray family who owns this very special house has transformed the interior to become a house like no other. James Gray who commissioned this project met the designer Cameron Scott at a timber framing conference in Wales where he was giving a presentation of timber frame and the use of metal in such a timber home. This meeting was the first step in building this unique house. The lady of the house – Claudia is responsible for the interior design.

The architecture of the house does echo the airbase but the primary driver of the design – is the regular family farmhouse. The great opportunity of building a new house at an old site – is that you can use modern material and modern installations such as double glazed and triple glazed windows to create a very thermal efficient house. This has been one of the main ideas behind the farmhouse.

The timber setup is made possible by the special steel detailing. The house thereby has a lot of other possibilities compared to other regular timber houses. The building is design as two linear elements lined together by two similar walkways – which form a nicely put courtyard in the middle. The courtyard provides the kids with a safe environment and a safe haven from that of working at a farm.

From the living room at ground floor to the children’s bedroom in the tower (with a 360 degree panoramic view) this house reveals stunning rooms. Theo, Stella and Silvia (the Gray kids) now live in a house they can only brag about in school.

If you imagine you were to start the experience from inside the house – you would never dream that the exterior look like this. All rooms are fully functional and up-to-date and the interior design is simply astonishing. So is the design from outside – but the contrast is beyond your imagination.

“The site for this project is unusual in that it was once a Second World War airbase occupied by the USAF 381st Bombardment Group. The complex of Nissen huts still remain in good condition as they found their second use in farming at the end of the war and now perhaps form one of the most significant collection of such buildings in the country. The unusual history of this area has meant the farmland surrounding the airbase has been without a farmhouse for many decades.

James and Claudia Gray, who farm this land, commissioned this project to resolve the lack of farmhouse and provide a sustainable home for their growing family. James was brought up in a listed timber farmhouse so the aim was to build in timber again, just to a much higher level of performance.

The house is formed by two linear elements, the single storey public space and the storey and a half private space. These two parts of the home are linked via two walkways that in turn form a central courtyard that offer shelter from the East Anglian winds and a safe haven for young children on this working farm. The tower provides 360 degree panoramic views over the surrounding farmland and a linked office provides for the day to day running of the farm.

The primary structure is a Douglas Fir timber frame that is traditionally jointed using mortice and tenon joints for the most part but not following a traditional pattern. The corner braces typically found in traditional timber framing reduce the freedom with which spaces can be laid out, especially with regard to perimeter circulation. These braces were designed out by the use of steel tension rods along with custom designed fixing nodes to resolve the structure allowing the unencumbered layout constructed.

The significant share of the construction fabric is either timber or timber based products. These include: primary structure, secondary structure, insulation, sheathing, floor & roof deck, flooring, insulation, membranes, cladding & joinery. The carbon locked up by this timber building has not been calculated but it is estimated to be significant and quite possibly exceeds that carbon used to construct it.

The efficiency of this family farmhouse has been a priority from the brief onward. Dynamic thermal modelling was used as a design tool in the early stages of development to predict and tune performance. As a result of this work, glazing orientation, roof overhangs and floor construction have all been changed to optimise the thermal comfort and performance of the building. Although naturally ventilated it is estimated that the performance will be close to PassivHaus standards. Post construction monitoring work has already been undertaken with the aim of establishing post occupancy performance over the next few years.

Primary heat is supplied by a ground source heat pump powered by a large 40kWp PV array. Additional energy input comes from passive solar, solar thermal and biomass. Extra care was taken when designing and laying out the heat recovery loops, this appears to be paying off with a coefficient of performance on the heating side averaging a comfortable 4.6.”