Amidst the bustling streets of Toronto, Canada, StudioAC has created a contemporary apartment that is nothing short of darling. The Candy Loft is the perfect space for anyone whose tastes fall somewhere between cutesy and sophisticated. 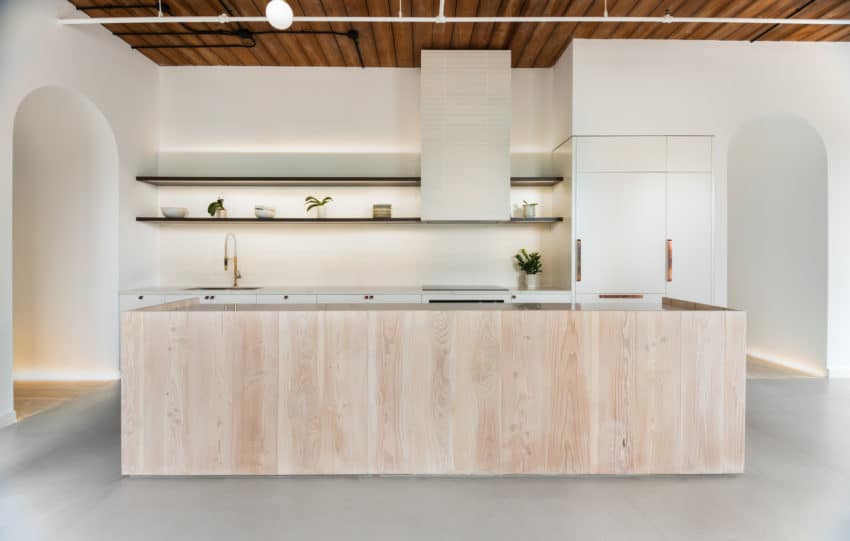 The loft is situated in the second story of a hard loft conversation project, with lobby access that exits onto a busy city street in the middle of Toronto’s West End. Beyond just being wonderfully decorated, the loft was created with the foal of providing its owner with an escape space that feels private and calm within the big city and all the demands on city life.
View in gallery 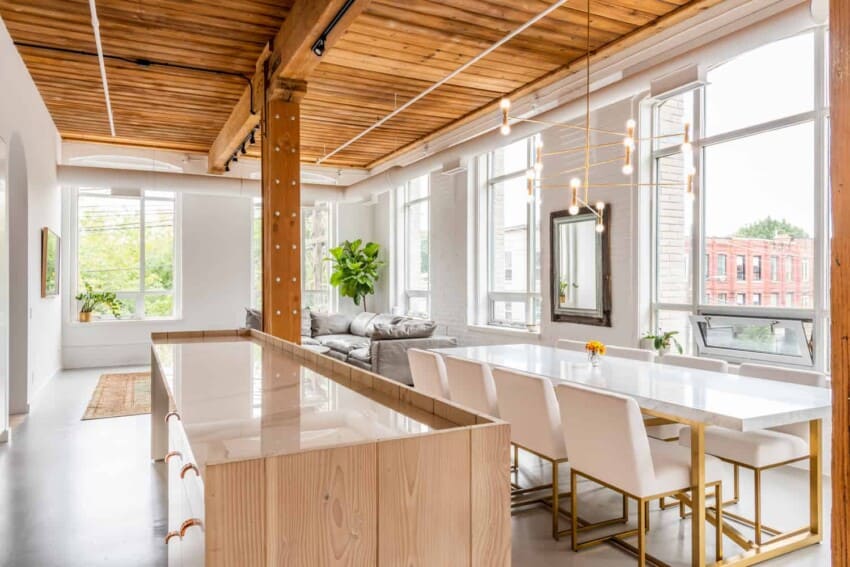 Upon entering the apartment, visitors experience an entrance space that, besides welcoming friends and family, serves to provide more private spaces in the home a bit of delineation, away from the front door. The aim of this corridor was explicitly to buffer the owner’s living spaces from the rest of the building outside its limits.
View in gallery 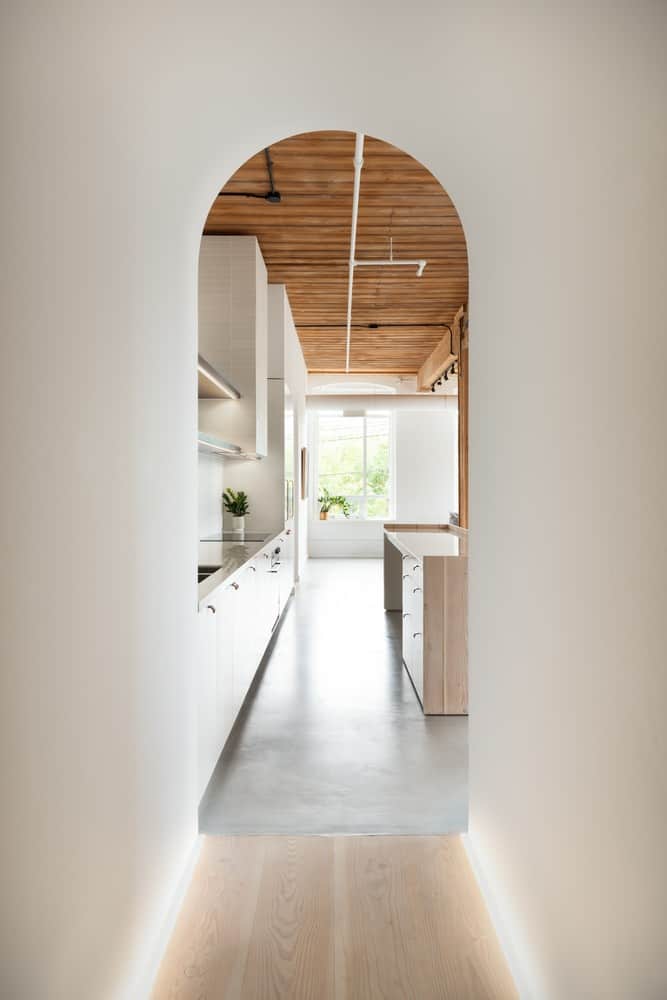 While this separation already increases a sense of tranquility throughout the home, it also situates the living spaces perfectly at the back of the apartment so as to afford them the best view. Throughout the living room and kitchen, beautiful floor to ceiling windows overlook not just the city skyline, but also a canopy of green trees directly below the apartment.
View in gallery 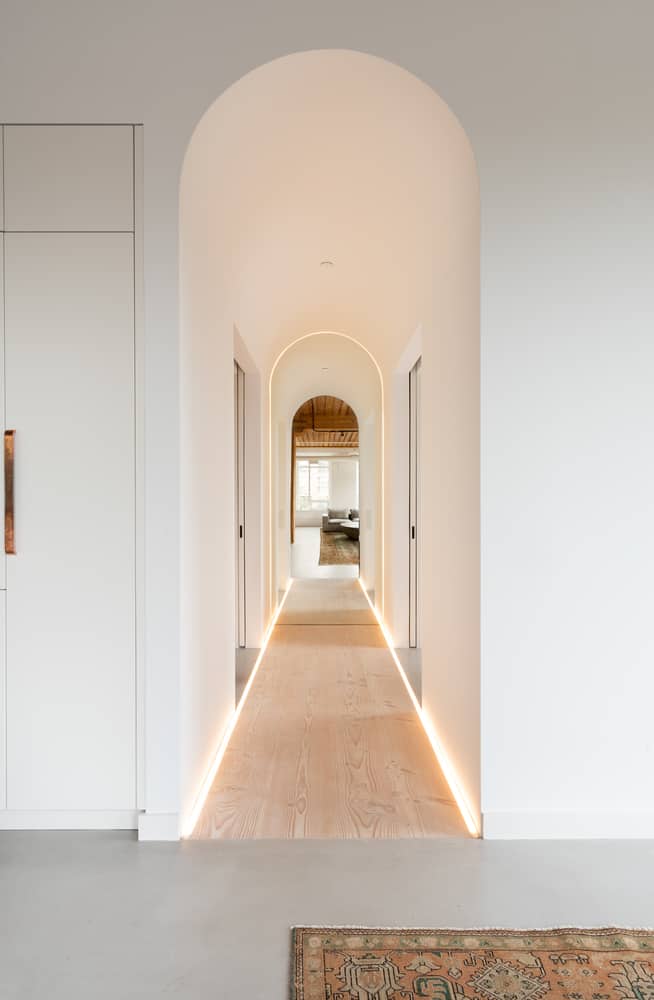 Within the living spaces of the apartment, designers sought to hit a perfect balance of spacial layout. While the overall aim from conception was certainly to create a feeling of tranquil privacy all throughout, they also wanted to give the most commonly used rooms good flow without leaving them entirely open concept.
View in gallery 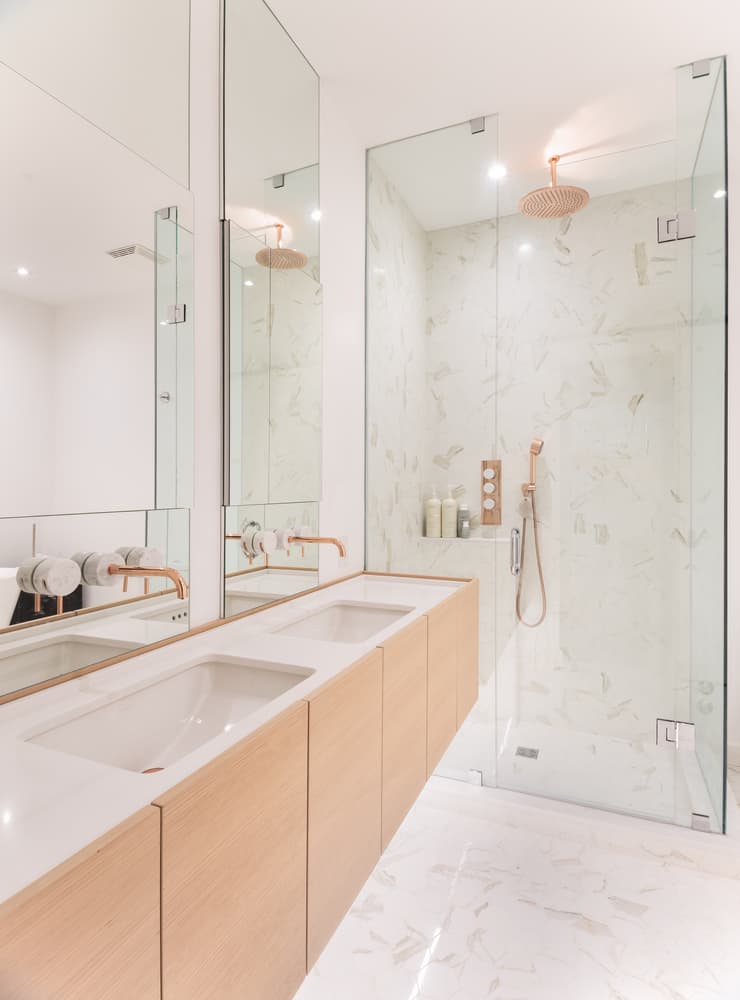 To compromise between all of these goals in a way that contributes to the decor, designers opted to build a series arched hallways leading from room to room. These are open and inviting but still create visual buffers between one space and the next. These arching halls are what lead dwellers from their public, common, and hosting spaces into the private areas of their home.
View in gallery 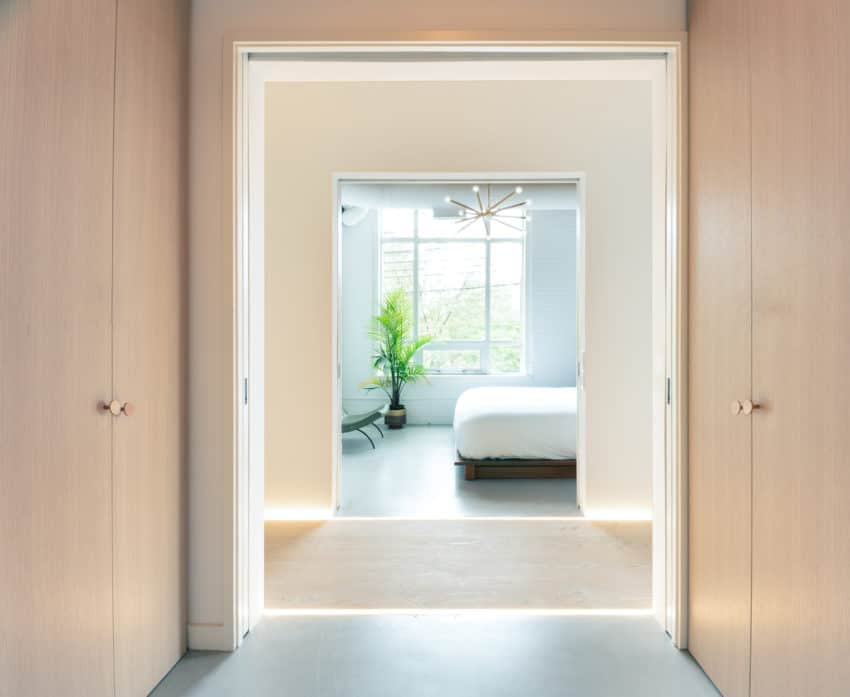 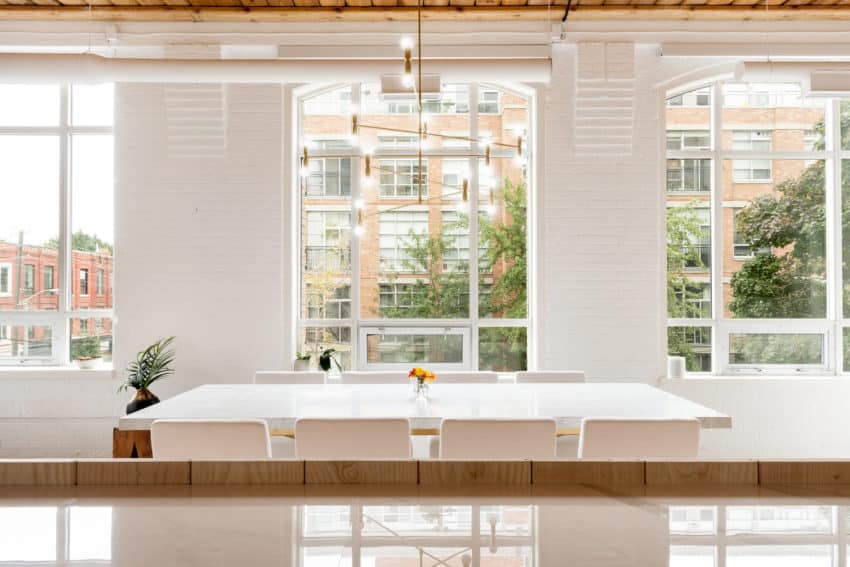 Down each of these hallways, floors made of smooth, solid douglas fir are warmed by and reflect the light of soft LED lights featured all along the base of the walls. These create a sense of tranquil comfort and made the transitions from room to room feel almost ethereal. The upward flow of the light spans around you towards the curved ceiling of the archway like a fairytale spot. 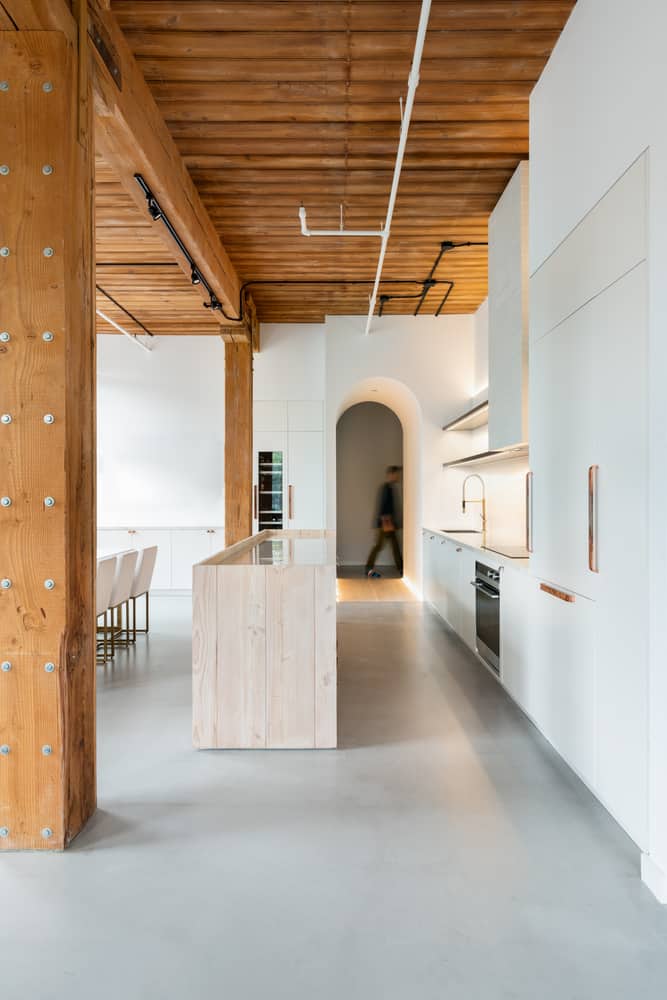 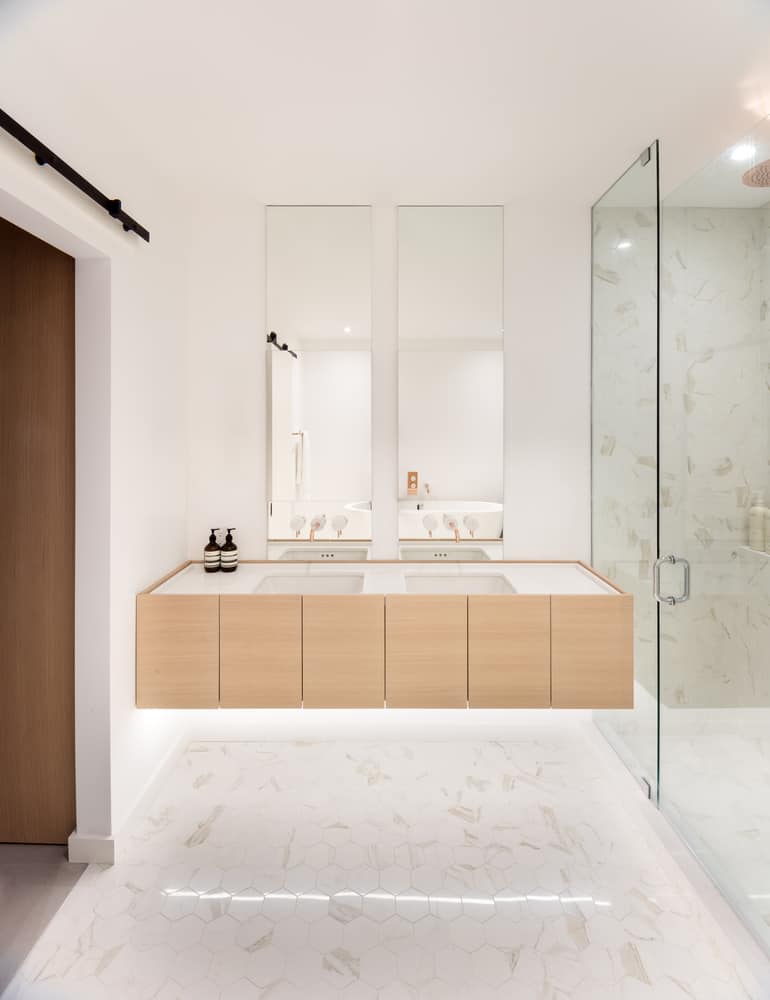 Overall, the Candy Loft was a foray into exploring materiality and blended aesthetics for both owner and designer. It at once achieves a sense of formality and of whimsical comfort. Copper is added to the light wood and clean, white surfaces in places like the kitchen for a contemporary sheen that contrasts well with the playful glow found elsewhere throughout the home.
View in gallery 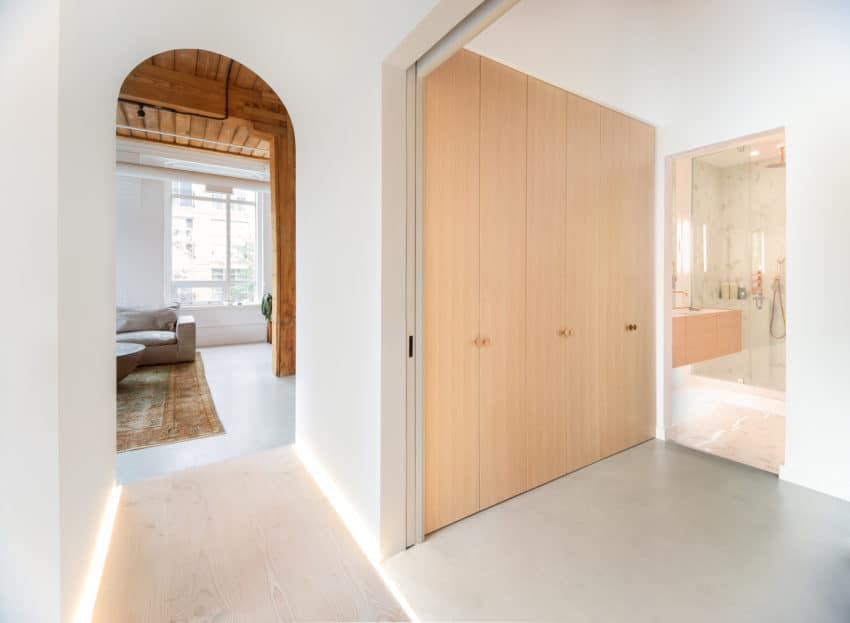 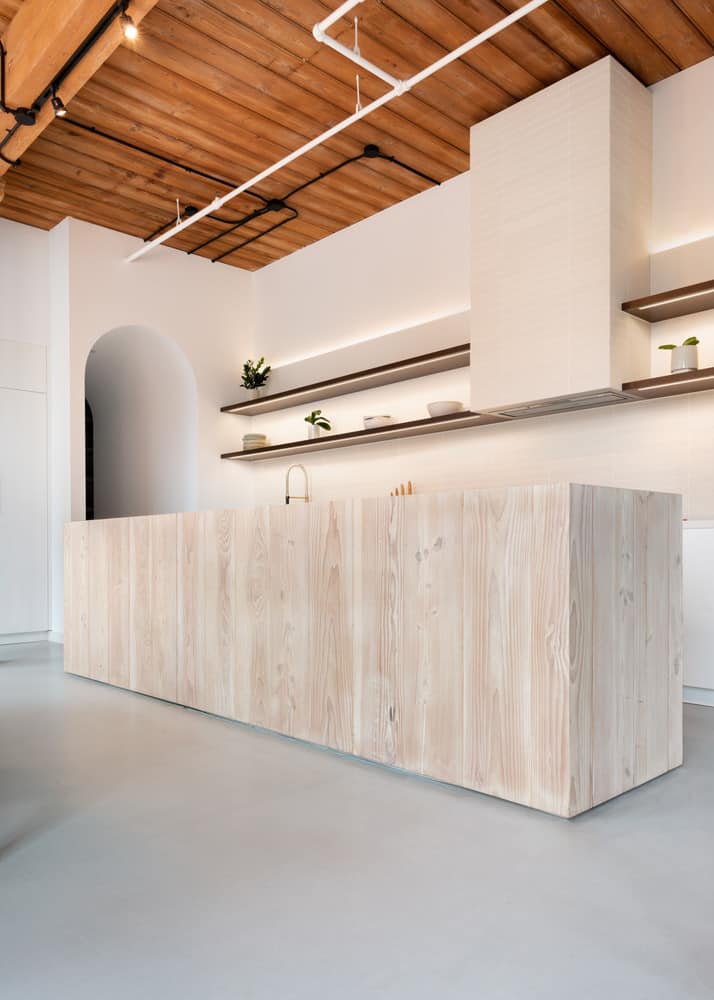 This copper was actually chosen intentionally to add a sense of planned change over time. After some use, copper begins to show charming signs of weathering over time. Rather than looking like unappealing wear and tear, it can add character to a room, which is precisely the goal here, in this space where aesthetics and atmospheres are blended in unique ways. The Candy loft exudes intimacy, a sense of the natural, and an escape from city life, all in one place.

Penthouse at the Candy Factory Lofts by Johnson Chou

Fabulous Double Height Loft With Wonderful Views of the City

Remodeling of a Cincinnati, Ohio Loft to Achieve a Comfortable Space Full of Natural Light